I don't mean to link another site, but I'm too lazy to make a new thread!

Anyway, I bought a 1970 Husky 400 Cross and a few of my friends and my son are going to race it in NORRA in the Super Vintage class.

The bike is currently in Phoenix getting prepped. I live in Fayetteville, NC, and am deployed for about another month, so I haven't even "seen" the bike yet!

Anyway, here is the link that is on Pirate.

If you guys have any tips, tricks, or anything else to assist us in prepping this old girl, PLEASE LET ME KNOW!!!

Haha...ironically, I found your thread on pirate yesterday. Now you got me motivated to finish restoring my 250 and wr360 husky's.
O

That is a beautiful bike and you will have an awesome adventure.
Having raced a bike in the M1K with only 5 inches of travel, I can tell you it will be interesting. Also, be aware, that nearly all of the 2 strokes ran in the M1K in the past 4 years seized. Even Malcolm Smith and his son were rebuilding theirs at the bivouac. So, bring some extra top end parts, just in case.
Y

Thanks for the comments!!

oregoncoast- Why do you think they have had so many problems? How did they do it in the old days to keep them alive....or did they?

I plan on running synthetic 2-stroke oil at 20:1 and bringing plenty of plugs. Plus, we don't plan on keeping it on the pipe the entire race!!

Better get some good foam for the seat, 1300 miles on an angry 4 inches of suspension is hard a$$!

That leather fender bag is killer! I've been looking for one and have never actually seen a survivor.

It's nice to actually see vintage bikes at the vintage race! 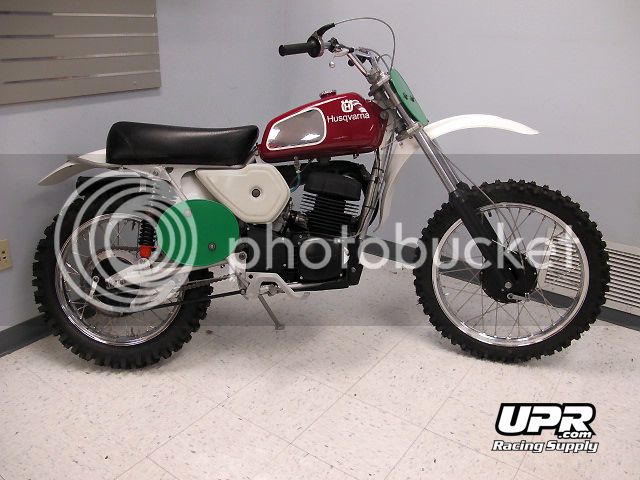 George Erl of Uptite in Santa Ana Ca is a treasure trove of parts and information on Husky's. Raced 2stroke Huskys in the 70s & early 80s. Many race champion. 1-714-540-2920. He knows what it takes to keep one together.
JIm Richardson

Good luck on the restoration of that beast! I love the MS tank. I've been looking for one of those tanks in red. There hard to find.

Holy cow! I just got off the phone with George!! He is a world of help, and even after our 34 minute call, gave me his email and said keep the questions coming!!

I saw the thread last week. Good luck on the adventure.We'll hopefully see you at our contingency when you take off.
D

I raced a 1973 Yamaha sc 500 in the 2012 mex 1000. Ran lean 1st day and seized finally got bike back together and finished . It was a great adventure and hitchiking with a blown up motorcycle with a language barrier is exciting. you will have a great time I am still trying to get back to mexico. but heading to san diego this Monday and racing NASA Sandblast next week . I wish you luck and have fun
O

Yield, Not sure why they seized - maybe just the heat and the extended miles? I can't imagine those old bikes like 100's of miles of highway speed for 4 days. I think Chili White also had some engine issues on his 90's vintage 2-stroke one year - had to tow it out to rebuild it - but kept going.

I had a soft seize of my Honda SL350 the first year - it ran again after cooling down. Then again the second year when one of our riders thought running it at 11,000 RPM running down the highway was going to be fine! Not sure how she got going again after that one but she did. For us, I think it was the lack of an oil cooler as the Lameco guys with an oil cooler on their SL the second year, didn't have any overheating issues. Of course, that doesn't help on a 2-stroke.

Bottom line, as Decafe stated, it will be exciting. If you plan on having to rebuild the bike and have all of the parts, you probably won't need to do it!

Also, about the chase bike - you must be paying to register two bikes to race because chase crews following on the course is a big no-no. The race bike is all alone out there and the chase can be many hours away - the chase can go in to rescue after an incident, but technically, the course is supposed to be closed.

oregoncoast said:
Also, about the chase bike - you must be paying to register two bikes to race because chase crews following on the course is a big no-no. The race bike is all alone out there and the chase can be many hours away - the chase can go in to rescue after an incident, but technically, the course is supposed to be closed.
Click to expand...


I didn't see any mention of a chase bike. (Edit: Oops, he mentioned it in the GPS thread). Rob understands the rules. We raced his UTV in 2013 at NORRA. And he learned first hand how far away a chase truck can be when you need it. I think he slept by the side of the road about 40 miles before BOLA from about 8PM to 3AM on Day 1 waiting for the truck and trailer to get through the Puertocitos road.

I bought a new 400cc 4 speed in 1970 and raced it almost every weekend in the desert for just under 4 years. Short shift, don't wring it's neck, it's a big 400cc 2 stroke, not a little 125cc wing ding with a light switch powerband that needs a bunch of clutch fanning to keep it on the pipe.

The bike handles best when on the pegs and your ass waaay back keeping the front end as light as possible. The back end will hop around back and forth, but get used to it, there just ain't that much suspension.

If jetted properly for sea level you shouldn't have seizure problems. After the rebuild, take your time and break it in slowly for at least the first several heat cycles. If you do that, it should last for ever! 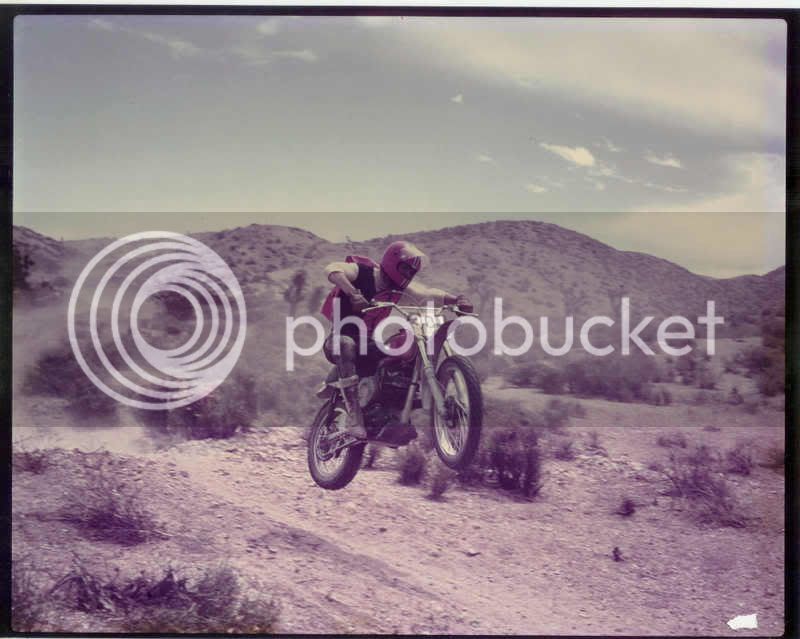 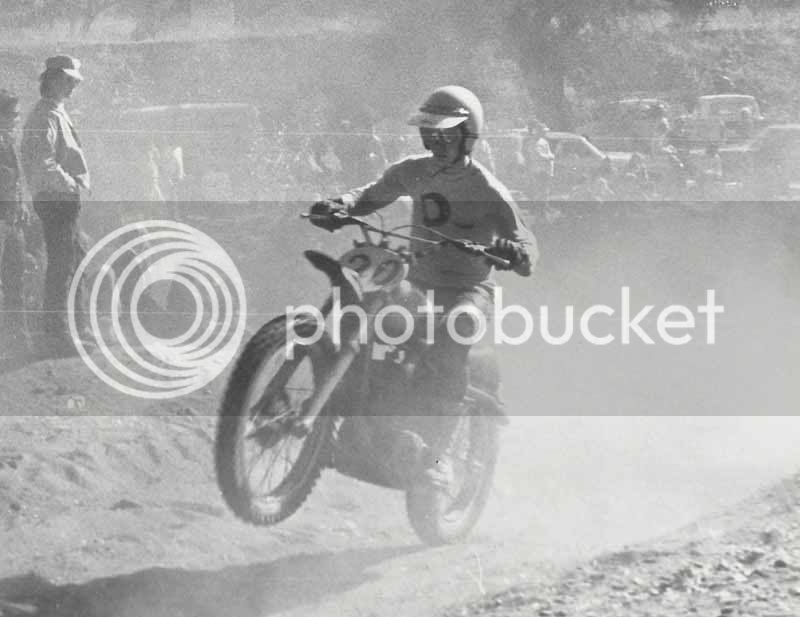 "I couldn't wait for success, so I went ahead without it"
O

Great pic Chase 2! I dig the Bell Star, you were leading edge with that full face helmet! I love to restore old dirt bikes, but they are handful to ride for sure.
Jeff
_________________________
UPR Racing Supply
Desert Rat Off Road Centers
Head and Neck Restraints
Racing Suits
Y

Everything is cleaned, prepped and painted, and re-assembly starts this weekend!!

Looking forward to the build pics and beauty shots!
Hey! You kids!! Get OFF my driveway!!! If you can't go away happy, just go away!
Y

I posted lots of pics in the build thread on Pirate in the link above.

She is together and is a runner!!

Here are a few pics. For the complete story and more, check out the link.