2015 Year In Review by UTVUnderground.com 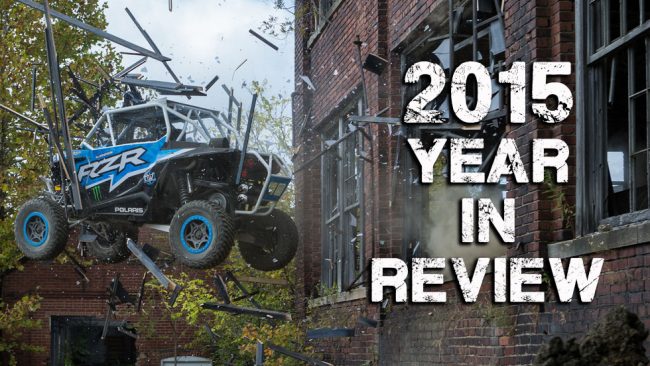 It was a big year at UTVUnderground.com. From our launch of the inaugural UTV World Championship back in February to the introduction of the new Yamaha YXZ and our release of RJ Anderson’s XP1K3, it was a year no one will forget! We did a ton of riding this year from Dubai to Tennessee to everything in between. We took father and son off-road legends on a run through Baja, took a group of ill and injured combat veterans to Moab and once again produced some of the finest online content our sport has ever seen. We saw more relentless progression at the OEM level with Polaris introducing a new Turbo RZR, Arctic Cat announcing a partnership with Robby Gordon, and Yamaha changing the game with the YXZ1000R. Can-Am showed that their race team was nothing to ignore while Honda continued their push into the UTV market.

We thought we would take a look back at some of our favorite stories, videos and pieces that helped shape 2015 into one of the most powerful years ever here at UTVUnderground.com! As always we want to thank you, the viewer, for enjoying this look back with us and supporting UTVUnderground.com as we move into 2016!