The 2016 Best In The Desert (BITD) Vegas To Reno (V2R) was dubbed “The Long Way”, it could have easily been dubbed “The Hard Way” as it put every team to the test. More than 70 UTVs showed up to the 20th running of this epic race, the only point to point race on the premier BITD schedule. The UTV field proved once again that UTV desert racing is still on a crazy trajectory showing growth in all classes.

There were many story lines surrounded this epic race, I will try to focus on most of them but it would be impossible for me to elaborate on everything we knew of, heard of, or witnessed but I’ll do my best. This race brings out the best in teams and gives every racer a chance to fully see where they stack up in the talented field of competitors. In short, the who’s who of UTV desert racing is in attendance and everyone brings their A-Game. 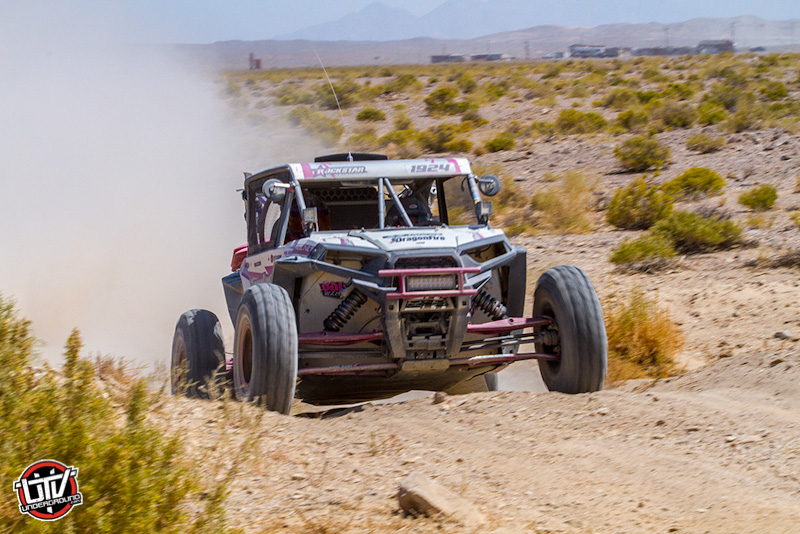 BITD laid out a two day long, 644 mile race course that would take racers through some of the fastest, dusty and harsh trails in the Nevada desert. With a plan in place to have teams start in Alamo, NV (just outside Las Vegas) and race to Tonopah, NV on day one and then restart in Tonopah to battle to Dayton, NV (just outside of Reno) on day two. Teams prepared and worked hard to make their detailed chase plans and pit strategy, but as is the case often in desert racing rarely does a race go off without some sort of challenge. In this case the challenge presented itself in the form of a military helicopter crash near a section of the race course that was earlier deemed a speed zone by BITD since it took racers through a national monument. An early race day decision was made by BITD for racers to avoid this section all together forcing racers to start the race as planned but then 49 miles in at Pit 1 they would be told to load their race vehicles back up on their trailers and transfer via highway almost 30 miles to Pit 2 where the race would then be resumed. This change was met with much confusion and frustration from racers in all classes. Many racers who finished first to Pit 1 lost positions before reaching Pit 2 due to other teams loading up and transferring quicker. BITD’s plan was to restart racers in a first-come first-serve situation which in itself seemed crazy but we are sure there was method to the madness at BITD, atheist we hope so. Many racers are looking back at this decision as one that might have either helped or burt their race.

Easily the biggest story leading into this years V2R was the release of the new 2017 Can-Am Maverick X3. The machine was launched to the industry three days before the race and with buzz for Can-Am at an all-time high fans, competitors, and the entire sport were anxious to see if any of the factory Can-Am teams would show up to Las Vegas with a new X3. It didn’t take a rocket scientist to see that the timing of the release would almost all but guarantee an X3 or two would arrive to shake up the UTV field. Speculation came true when both of Can-Am’s premier factory teams S3 Powersports and Murray Racing arrived at tech and contingency with two fully built Maverick X3’s. All eyes were on them as they moved their vehicles through tech, they certainly stole the show and saying they were the talk of tech would be an understatement. The machines were by all accounts head turners and you could see the Can-Am faithful finally walk around with a swagger never before seen. They knew they had a machine that could give the RZR a run in a much stronger way then their previous Maverick.