The Silk Way Rally organizers announced this morning route and the cities hosting the 2016 edition.

Competitors will find more than 10,000 reasons to enjoy. After the ceremonial start on Red Square in Moscow on July 8, the Silk Way Rally will bring them more than 10,000 kilometers of racing, adventure and pure enjoyment. 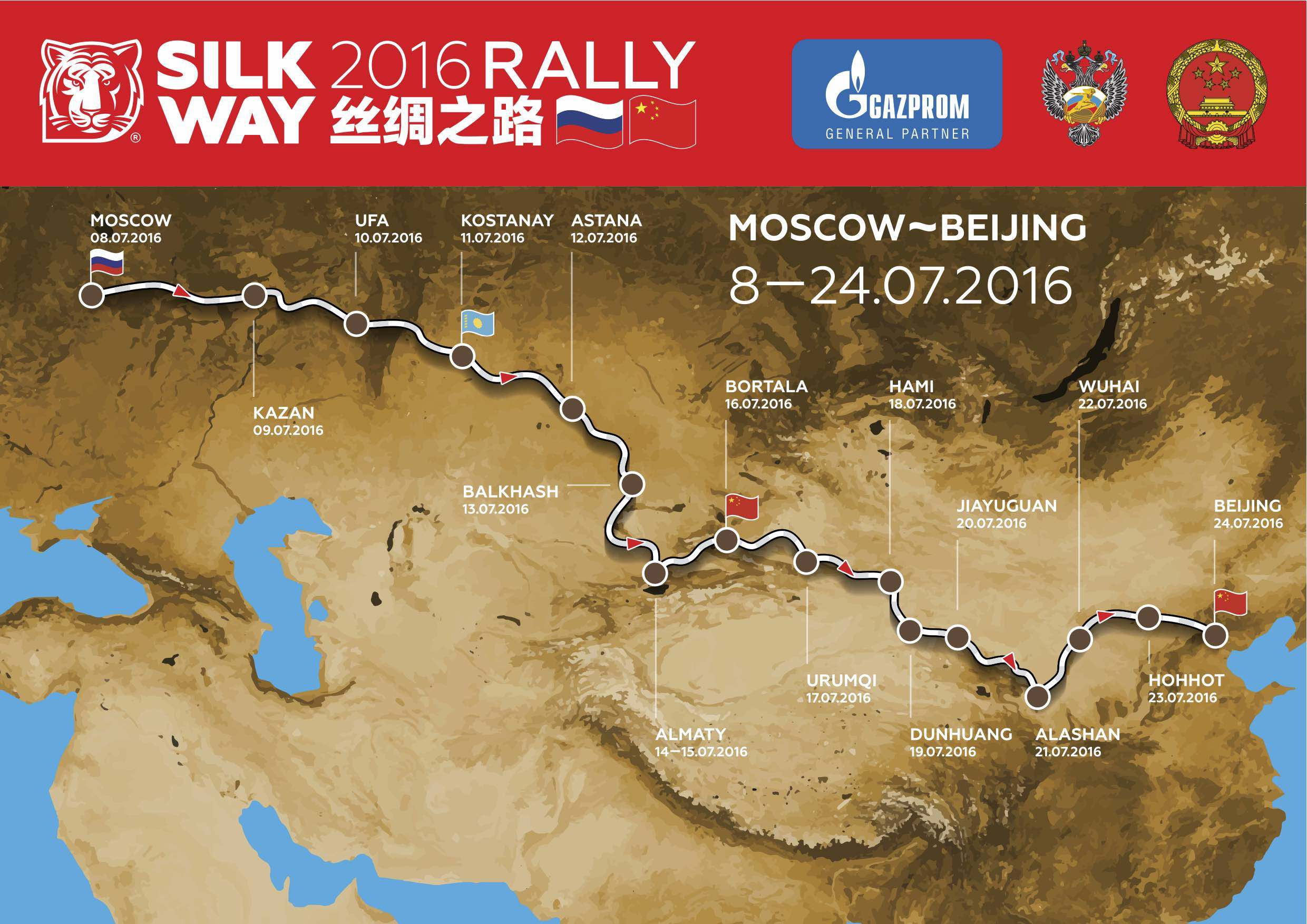 The details of the route will be unveiled by the organizers during the presentation to be held in Moscow next ninth of June.

A large crowd fills the center of the city of Kazan for the prologue stage that will determine the starting order of the first stage (Kazan-UFA) on July 10. Then the race will leave the "Mother Russia" and enter in Kazakhstan on July 11.

The 'land of nomads' will host three stages, with a stop at the futuristic metropolis and current capital Astana as well as a well-deserved day of rest well deserved in the former capital Almaty. 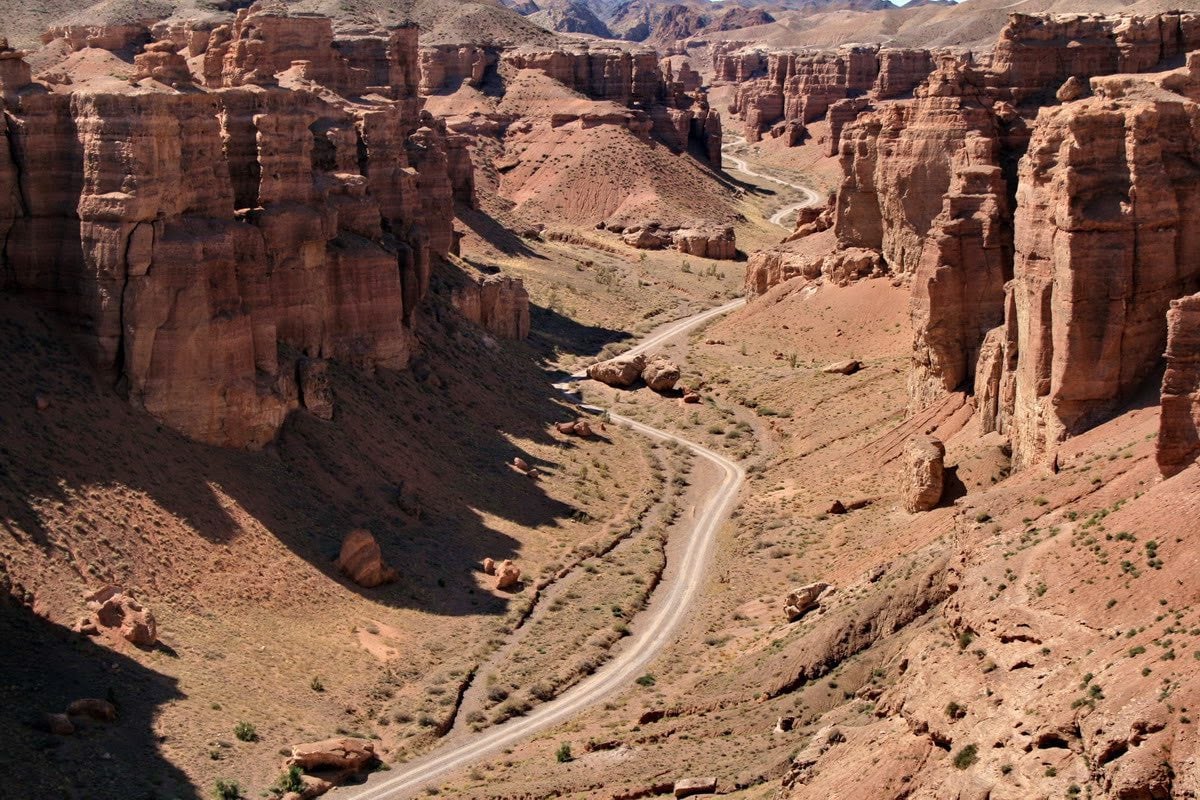 On July 16, participants will disappear from his mirrors the vast plateaus, steep canyons and gravel roads and envision the "Red Dragon 'in front of him. Bortala will host the first camp in China.


Then the huge Gobi Desert occupy a prominent place. Mongolia, north and Qilian Shan south, the rally will head east for a week of authentic struggle, reaching the capital of Inner Mongolia, Hohhot, before the last stage and reach the finish line in Beijing 24 of July. 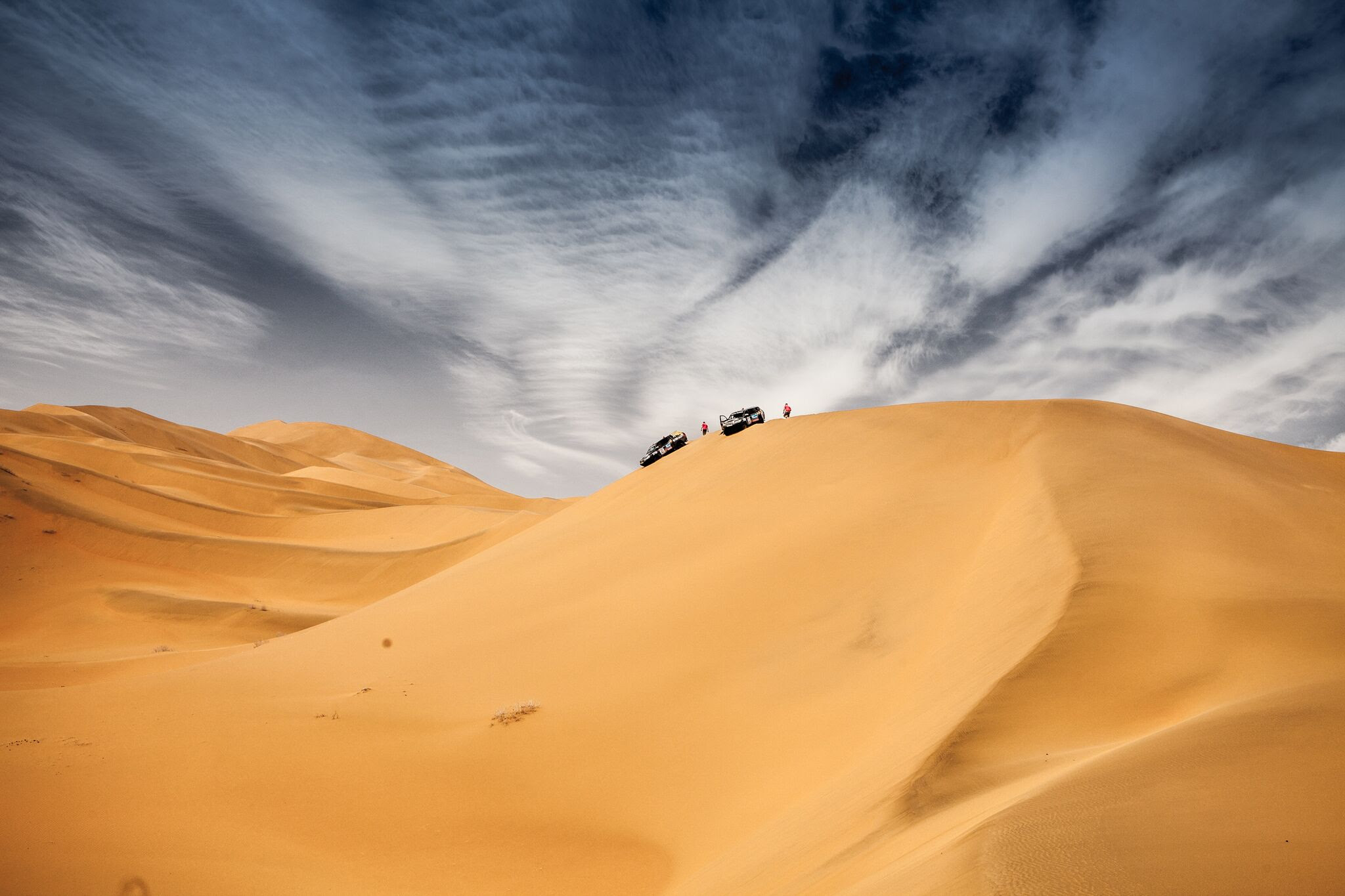 After a careful attention to detail and several weeks of recognition, the route has been defined. No matter their ambitions or their means, all who accept the challenge will live the rally of his life.

Vladimir Chagin Project Director of Silk Way Rally Project Director: "With the help of local authorities, we were able to validate our route. It will be an intense race in remote err with deserts, mountain landscapes and vast steppes that will be complemented by the ancient cities and magnificent scenery. From Moscow to Beijing Silk Way Rally 2016 will be a great challenge which starts on July 8 in Red Square ".

Zhan Guojun, Chairman of the China Federation of motorsports: "The Silk Way Rally is not just a competition, it is a bridge amistada between the Russian and Chinese sports federations engine that will make a green effort to ensure the exit of this event next summer. We will give a warm welcome to Beijing to our friends and competitors from around the world "

Frederic Lequien Deputy Director of Silk Way Rally: "We have done a tremendous job and I am convinced that we managed to have the best possible route. Everything has been done so that in each particular competitors can enjoy the most. The end result surpasses what we could have imagined. "

Luc Alphand Ambassador and Sports Director of Silk Way Rally: "This route is balanced for all categories until the last kilometer, anything can happen. The co - drivers will play a very important role and drivers must keep pace. It will be a hard fought and exciting race "

* Subject to change by the organization

Will RDC be covering this rally (fingers crossed)?

Myself and an RDC member hope to be at the first few starting days of the rally. Hopefully it works - i crashed in an SSV few days ago and the other member stil does not have his visa. I dont think i will be posting any reports, but maybe some pictures etc...

Have a god rally, and please even no real reports, whenever you got spare time (if any) post something about this great rally!!

we should be there

It looks like Damen Jeffries will be entering as well.....
Mark EPIC, gave me goosebumps. So much history in that part of the world.
Nikita Khrushchev said"We can't expect the American People to jump from Capitalism to Communism, but we can assist their elected leaders in giving them small doses of Socialism, until they awaken one day to find that they have Communism. "

The race entries are all live and those give you some goosebumps too!

Should have been there competing. But needs must and will just be watching that. We are coming to the first few days as all trips and visas are sorted out.

A number of entries for North America to be interested in...

Jefferies of course in the #146 but also:

Pedro de Uriarte Buergo in the #169 Ford "FordCruiser"(???), both he and his codriver list themselves as being from Mexico and the team name is Bastion Hotels Dakar Team, which leads me to believe they may be running the Dakar as well

Anyone know much about these last two teams?
https://danspalinger.com

spalind said:
David Bensadoun from Canada in the #151 Toyota which is an older Overdrive Hilux/Tacoma who has run the Dakar and NORRA in the past
Click to expand...

Cool to see him back in rally raid, hopefully David will be at Dakar in 2017!

Bastion is a dutch team with an older Overdrive/Hallspeed Yota and I think are just supporting the mexican guys. Bastion guys are all in their 50s and 60s I think.

Does anyone know if NBC will cover the Silk Way Rally in the same fashion that they cover Dakar?
JOHNSON WELD 2016

Daddy Loeb for the win!!!

trophygoat said:
Does anyone know if NBC will cover the Silk Way Rally in the same fashion that they cover Dakar?
Click to expand...

Some video from scrutineering and pre race activity.