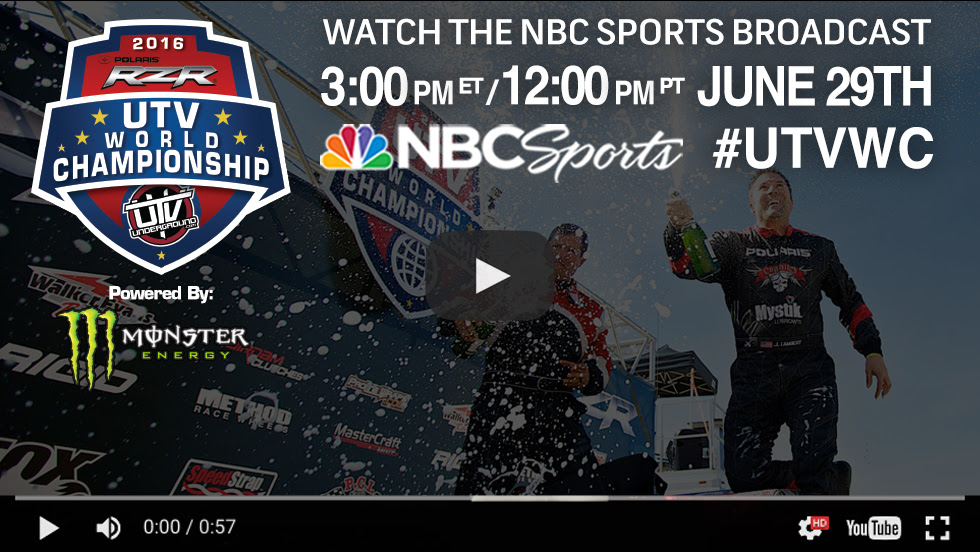 Wednesday, June 29th at 3pm Eastern / Noon Pacific – UTVUnderground presents, the Polaris RZR UTV World Championship powered by Monster Energy on NBC Sports! Watch over 200 of the world’s top UTV racers battle side-by-side in the most grueling and challenging race of their lives – ALL for a chance to win over $100,000 in cash and prizes and a brand new 2016 Polaris RZR Turbo XP1000. 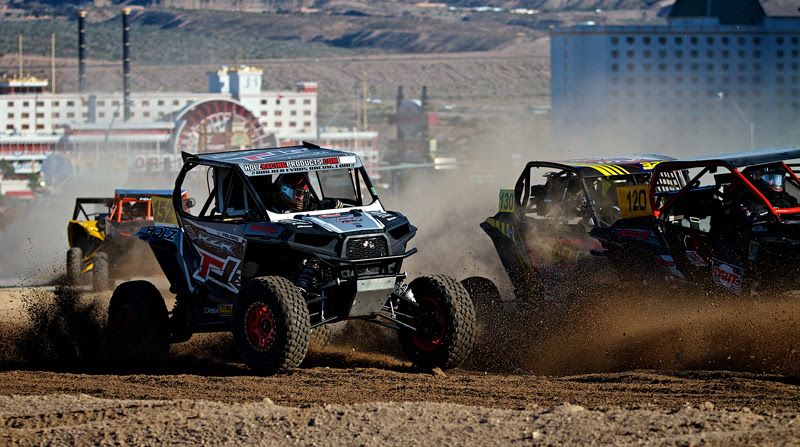 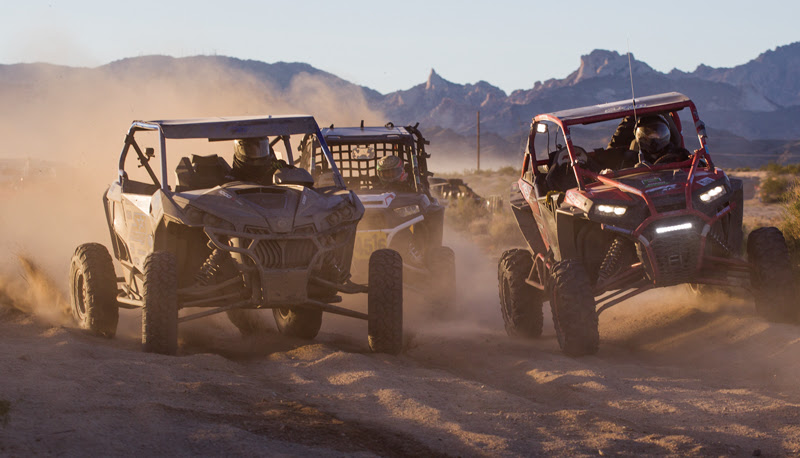 
About The UTV World Championship
The UTV World Championship was the brainchild of UTVUnderground founder Joey DiGiovanni, and The Martelli Brothers, who own and operate Mad Media. It was developed in 2014 after spending nearly a decade documenting the growth of the UTV racing industry. By creating a unique, stand-alone world championship event, The Martelli Brothers and Joey “D”, knew they could attract the best drivers and teams from around the planet AND create a rallying point for the entire UTV industry. The team devised three unique championship races including a professional desert championship race that catered to the longer open desert style of racing, a professional short course championship race, AND a race dedicated to the youth in the sport - a production short course race for the kids.

About UTVUnderground.com
The world's fastest growing all inclusive UTV site contributed to by both enthusiasts and manufacturers alike. UTVUnderground is the go-to site for fresh, original content and is known for its dedication to hosting all of the latest news and insight surrounding the UTV industry. Thousands of monthly visitors from over 100 different countries around the world go to UTVUnderground.comfor their daily dose of UTV news and information.
Share:
Facebook Twitter Reddit Pinterest Tumblr WhatsApp Email Share Link
Top