This is the press release from Overdrive and answers a lot of questions as to what Overdrive and Toyota GAZOO Racing are up to in the future:

Overdrive Racing’s challenge for honours at the forthcoming Silk Way Rally will rest on the shoulders of two Chinese drivers and a three-car Baic team following the decision to withdraw the entry for Nasser Saleh Al-Attiyah. The event starts in Moscow on July 7 and finishes in Xi’an on July 22.

Al-Attiyah is the defending FIA World Cup champion and the current leader of the series following recent back-to back victories in the Qatar Cross-Country Rally and Rally Kazakhstan. But success at the Silk Way Rally has eluded the Toyota Hilux driver in the past and he will now have to wait until 2018 to try and win the event for the first time.

Overdrive Racing will now support a Toyota Hilux entry under the BP Yong Team banner for Yong Zhou and his experienced French navigator Pascal Maimon and a second Toyota will run under the Boundless Yong Team for the Chinese duo of Zhitao He and Kai Zhao.

A new Keeopower Team has been established in China, running Baic V8 Proto cars in conjunction with Overdrive Racing. Three Baics will tackle the Silk Way Rally. The French duo of Christian Lavieille and Jean-Pierre Garcin crew the lead car and will be joined at the start in Moscow by Xuebin Lu and Hongyu Pan and Binglong Lu and He Sha.

Overdrive Racing’s CEO Jean-Marc Fortin said: “This event is a large undertaking and requires extensive logistical planning on a similar scale to the Dakar Rally. It is an event that grows in stature every year in an important area of the world for motor sport. We have a strong team with a balance of youth, talent and experience and everyone is looking forward to the start in Moscow and what promises to be a challenging two weeks of racing.”

Toyota GAZOO Racing South Africa shares infrastructure with Overdrive Racing and has decided not to enter Giniel de Villiers and Leeroy Poulter in the event in order to focus on the development of the Toyota Hilux for the 2018 Dakar Rally. Overdrive Racing followed suit with the withdrawal of Al-Attiyah’s entry.

“It is not a decision that we have taken lightly, as we value the Silk Way Rally as one of the toughest events in the calendar,” said Toyota GAZOO Racing South Africa team principal Glyn Hall. “However, the expected rule changes by the FIA have not been implemented in time for the 2017 race and, as such, we would rather shift our focus to the further development of our car for 2018.

“We won’t rule out participation in the Silk Way Rally in the future but, for 2017, participation no longer makes sense in terms of our development plans.”

Lavieille is in buoyant mood after his impressive victory with the Baic V8 Proto at the recent 10-day Taklimakan Rally, held in the Xinjiang province of China. At the finish in Hami, the Frenchman – who also won the China Grand Rally in 2014 - headed a Baic 1-2 finish with Binglong Lu and He Sha finishing as runners-up.

Lavieille said: “We were delighted to take the victory in Taklimakan. Jean-Pierre did a great job. We had to be patient because the navigation was very tricky. The new Keeopower team did a great job. Now we are confident of further success in the Silk Way Rally.”

One hundred and twenty competitors entered the race in Tacheng and only 63 completed the 10 stages after a 6,000 kilometre route that was centred on the Taklimakan Desert.

Last year’s Silk Way Rally was won by Frenchman Cyril Despres at the finish in Beijing. Overdrive Racing was also involved in Baja Spain at the same time with its leading crews and Russia’s Andrey Dmitriev was the highest placed of the Toyota finishers in 11th. Ivan Shikhotarov was 12th, Zhou Yong finished 17th and Yuriy Sazonov was 35th. Zhitao He and Kai Zhao rounded off the Overdrive finishers in 57th, but Jes Munk and Jean-Pascal Besson were not able to complete the demanding route.

This year’s radically revised Silk Way Rally starts in Moscow’s Red Square on Friday, July 7 and takes in an awesome route through Russia, Kazakhstan for the third time and on to a finish in Xi’an in China on July 22.

Crews will pass through Tcheboksary and Ufa on July 8 and 9 before crossing into Kazakhstan and reaching a night stop in Kostanay on July 10. From there, teams move through the remote Kazakh steppes and vast wastelands and take in bivouacs in Astana, Semey, Urdzhar and Karamay before crossing the Tian Shan mountains into China on July 15.

After a rest day in the city of Urumqi on July 16, the route heads across the Gobi desert and the wildest of Chinese desert terrain, via Hami, Dunhuang, Jiayuguan, Alxa Youqi and Zhongwei, and on to the finish in Xi’an on July 22.

Bryce should be well rested...he just spent like a week in Bora Bora...
https://danspalinger.com

spalind said:
Bryce should be well rested...he just spent like a week in Bora Bora...
Click to expand...

Can confirm, stayed at the same resort for my Honeymoon 3 years ago, on my way there I was skeptical that it would be worth the cost but came back a pile of mush I was so relaxed.

I believe only Loeb is running the new Puegeot? Personally, I wouldn't have used the term "maxi" for the same reasons the Nova did poorly in Spanish speaking countries. 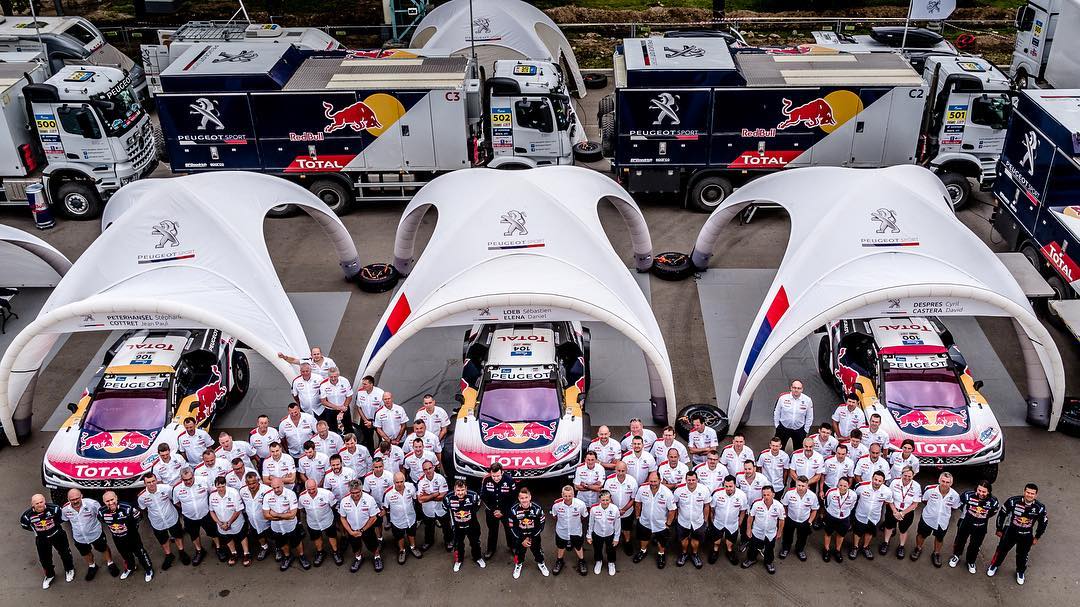 just some things from the race:

1) poop roads in Russia, full of mud due to rains.
2) Much less entries from China who were supposed to join starting from Chinese stages. They claim cost is too high and chinese drivers might lose interest next year due to this.
3) Baic V8 LOL. Rebodied Yota...
4) De Rooy just keeps driving around casually, chatting to press, organizers, posing for pics. Basically after he had issues with new truck he treats it like a fun drive
5) poop food as already said in Chinese part of the bivouac. Everyone who doesnt bring own food is pretty unhappy.
6) Chinese lunch box... Sorry no translation but you can figure it out...

I think they said, "this fro-yo sucks!"

it is. chinese army rations. extreme+ made a similar video with one of these

Artur Ardavicius loses his navigator after he injured his hand and could not continue which was confirmed by 3 doctors... Overnight hijacks co-driver of Ton van Genugten, allowed to continue...

Artur Ardavicius loses his navigator after he injured his hand and could not continue which was confirmed by 3 doctors... Overnight hijacks co-driver of Ton van Genugten, allowed to continue...
Click to expand...

If it was a lesser known team do you think they would have been DQed?

big dunes sections were cancelled yesterday. word from the organizers (informally) was that they want as many competitors to finish because the attrition rate is too high this year. the reasoning they used for Artur is that you can swap crews within one team, but i never found anything about it in the regulations. but yeah, clearly different strokes for different folks. they want de rooy happy

leading girls team in t3 rolled their canam x3 but are still in front as others are penalized or lost more time.

and bang... another absolutely outrageous thing. organizers provided Kolomy with spare parts for his truck's broken steering. by sending in a helicopter... twice... first time they couldnt land and dropper the parts off - so parts were damaged, second time they managed to land. this is an absolute joke and that is coming from me as a Russian. when organizers try to save their face and completely ruin what you call sports spirit - its not a race, its a fun drive. what a shame

photo/video proof of the same:

George, I guess that the same could be said about the sweep teams on the Desert Challenge - they spend a long time rescuing competitors from bad stucks, who then go on to the finish the stage. Great if they help you, but a bad thing when they help your competitors!
Mark

agreed in a way, but sweep would not bring spares and mechanics to you, let alone use one of the helicopters to do so. winching me out is one thing, getting rally control to send in a helicopter with a new throttle cable or half a new car for Nasser is smth else. Kamaz needs to win against "competition" to have Dakar funding and SW itself needs to have enough cars at the finish ramp to justify expenses and have TV coverage as a top rally event like dakar... Besides sweep are sweep. They do it on their own risk and on my risk - without chatting to rally control too much.
Share:
Facebook Twitter Reddit Pinterest Tumblr WhatsApp Email Share Link
Top