Crusty Shellback said:
My local PD has them. Saw them the other day.
Click to expand...

Yes, I know what they are.

I had them as patrol vehicles, after Ford quit making the Crown Vic.

What brand/model?
Advertising supports this site

Dont know. It was my buddies car. I just helped with the driving.
A Hearse doesn't come with a luggage rack!

Crusty Shellback said:
Dont know. It was my buddies car. I just helped with the driving.
Click to expand...

I know of no DOT drag radial that has a treadwear rating of more than 00 (double zero).

And all of them that I've seen, include warnings like this one from Hoosier:

"WARNING - NOT FOR HIGHWAY USE

All I know is it said drag radial on the side. Saw it when we were putting a plug in it so we could continue on our journey.
A Hearse doesn't come with a luggage rack!

Lol..Drag radials etc .We used to drive our cars everywhere with wrinkles wall slicks,cheater slicks etc .
On just about every motorcycle I owned in the 80s to the early 90s I ran on used road racing slicks on the street...lol
They actually weren't so bad w 80s rubber tech.

You can't do that with new slicks or even track day tires they just don't last ....in some cases more than a few days at the track.
Those slicks back then could almost be considered endurance slicks.
Certainly exciting times in the wet! No If Ands or Butts..Bout it

I've always had all terrains or mud terrains on my trucks and to be honest with a decent amount of power behind them they're just as dangerous as any drag radial I've ever rolled on.
Like many of you, I'm sure...can't tell you how many times I've saved my ass, with my trucks stepping out on me...either total loss of traction corning too fast, or stepping out sideways , just a bit too far.. from acceleration.

God .. I'm sure some of you guys, remember a day spent at Super Shops every month in the '80s with "Posi- Traction" tires.. lol
I would just incinerate those at least it back set of tires once a month.
I took out a row of hedges once.. and a bus stop another time.. in the rain when the charger hit second gear it would just go sideways and keep going...round & round..
But my 88 Ford mustang 5.0 takes the Cake for my worst handling car I've ever had... On a hot summer day with sticky tires that thing would still just spin out of control... On a regular basis god that car sucked in anything but a straight line..lol
Advertising supports this site

Man I miss Super Shops. How awesome was that?

Yep, spent plenty of time and money in there.
Went to the big one in Chatsworth, Ca one day.
Had all kinds of cool cars and motors on display in the store. Huge store. Like a kid in a candy store.
A Hearse doesn't come with a luggage rack!
B

^^^ Super Shops...what a dream fullfilling franchise. Back when I'd see a part in the shop or the counterman would get me its price, I'd go away and save for weeks, announce to the crew we need a road trip cause a purchase was going down. The visit was an event cause some other sideshow was happening there or on the way to or from (we didn't have one in any town nearby). Usually had to go back for some additional part needed to do the job or I busted something...good times, thanks for bringing that name up!
B 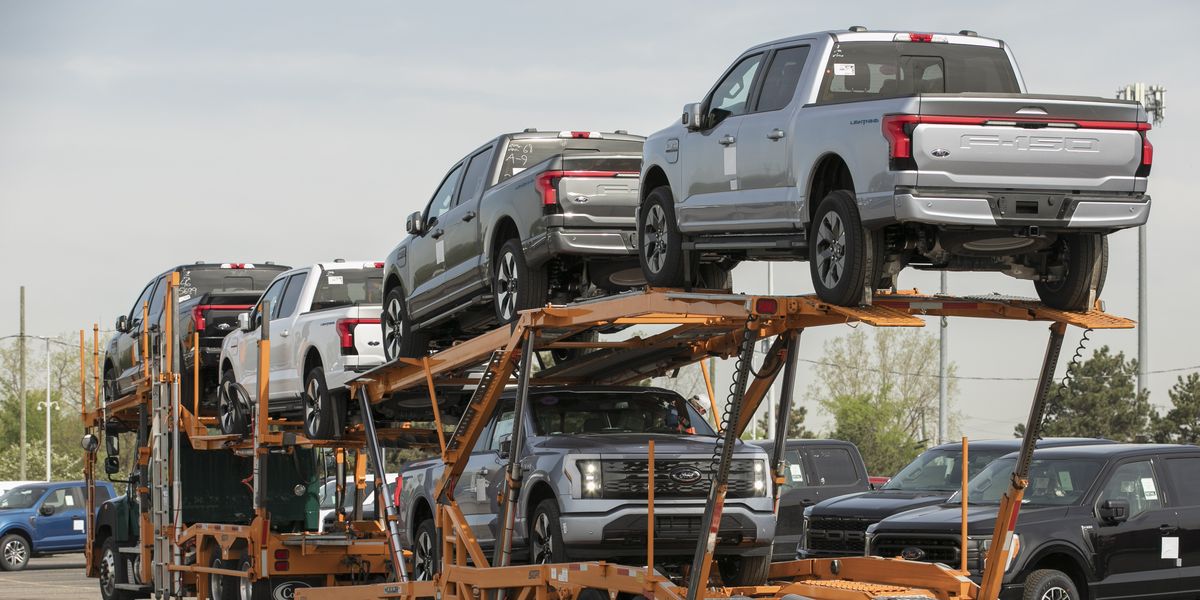 Some dealers are overpricing such popular cars and trucks as the Ford F-150 Lightning and Chevy Corvette Z06, but the automakers are cracking down.