And this is why we are running out or land to ride on, only takes a few. 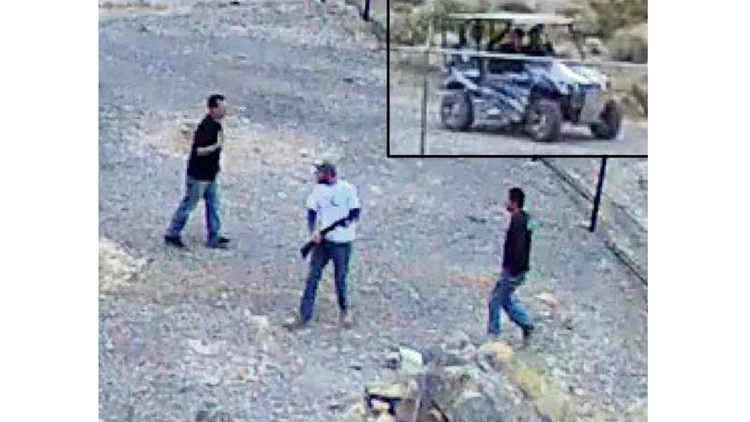 Guns, beer and vomit: Rampage leaves endangered fish dead in Death Valley
Veronica Rocha Contact Reporter
A $15,000 reward is being offered for details leading to the arrest and conviction of three men who went on a drunken rampage involving gunfire, vomiting, skinny dipping and the death of a tiny endangered fish in Death Valley National Park, officials said Monday.

The unidentified men were last seen about 7:20 p.m. on April 30 driving around a secured gate surrounding Devils Hole, a 40-acre detached unit in Death Valley National Park. The habitat is also home to the endangered Devils Hole pupfish.

Once they entered Devils Hole, park officials said the men shot at signs, gate locks and a security system motion sensor. The men fired at least 10 rounds, according to authorities. They also left behind beer cans and vomit.

See the most-read stories this hour >>
Park investigators are examining the area and reviewing surveillance video footage of the incident.

Park officials said the men not only shot the motion sensor, but also tried to remove cables in an attempt to dismantle the security system.

Video footage shows the men climbing over the fence and driving away in what appeared to be a blue Yamaha Rhino, an off-road vehicle. The vehicle was "extensively customized with an added seat and safety cage," officials said.

Anyone with details is urged to call the park’s service Investigative Service Branch at (888) 653-0009.

Initially, the National Park Service offered a $5,000 reward for information leading to the vandals' arrest.

On Monday, however, the the Center for Biological Diversity said it was adding another $10,000 to the bounty, hoping that it might encourage people with information on the matter to come forward.

“Devil’s Hole pupfish have been teetering on the brink of extinction for years," said Ileene Anderson, a senior scientist with the Center. "The last thing they need are these idiots running amok in the last place on Earth where they still survive.”