The RMJ Rally Motorsport Polaris RZR 1000 XP, piloted by Bob Jones, will be returning to defend its UTV title in the 2016 Baja Rally being held October 10-15, 2016. The Baja Rally is a cross-country navigational rally, often known as a rally raid event. This year the rally will begin and end in Ensenada, Mexico. Over one prologue day, followed by 4 days of rally racing, the course will traverse across the northern Baja peninsula and end at a different bivouac each night. The Baja Rally is one of the few rally raid events held in North America. This year’s event will total 80 motorcycle and UTV racers from 13 different countries, including many racers that have competed in the prestigious Dakar Rally. 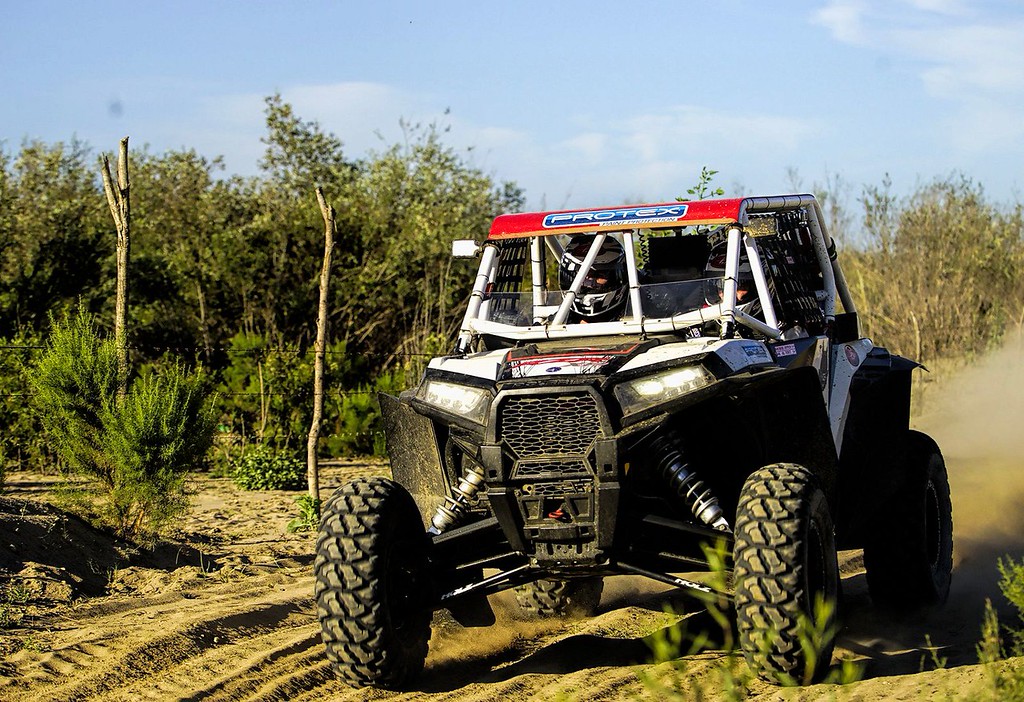 Bob Jones (Jasper, Alberta) has been involved with motorsports for 35 years, and is an expert motorcycle rally racer, having competed in world rally raid events in Ecuador, Morocco, and Tunisia. In 2015, Bob switched to 4 wheels to compete in the 2015 Baja Rally winning the inaugural UTV Class. This year, Bob will team with Larry Dysert (Camas, Washington) as his navigator. Larry is also an accomplished motorcycle racer, recently competing in NORRA events in Baja, Mexico.

For more information about the Baja Rally, visit www.bajarallymoto.com

The race RZR left Jasper, Alberta this morning and is on its way to Ensenada. Tech Inspection and the eating of tacos commences on Monday!

Our RZR passed tech today, and we're ready to race... 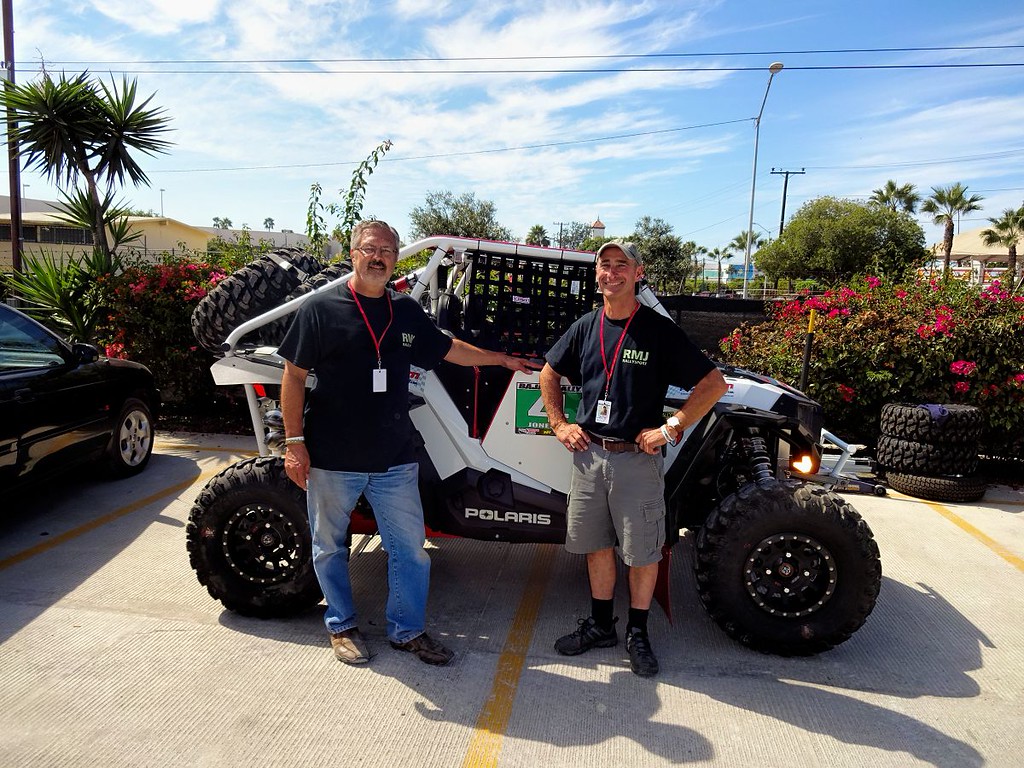 So how was it on 4 wheels compared to 2?
And what killed the other UTV's?

Obviously completely different in 4 wheels then 2. We had a good run and finished 1st. I had a blast sitting in the passenger seat and enjoying the sometimes frightening but mostly exciting ride. Bob is one hell of a driver. We killed it especially on day 2 and day 4. The terrain was 10+ times more difficult than the NORRA rallies I've been racing; and the navigation even more difficult than that. It was all I could do to keep up with the nav, but basically each day I got a little better at it. Never had problems with car sickness or anything like that, but it's a really stressful and challenging activity trying to keep up with the nav at race speeds.

The prologue was only 30k, but both the terrain and the nav were much more difficult than most expected (me included). Lots of people (bikes and utvs got lost in certain sections). 111 Bolton rolled it somewhere in the prologue and must have had a pretty hard hit. Joe had a bad headache all night, and some pain/pressure behind one eye. Sadly he had to make the decision to not start Day 1; and headed north to get looked at in the US.

I believe 14 Whitt also rolled or hit something in the prologue, and broke one of the arms on the front suspension. They got it fixed that night. Next morning however, Patrick had a really bad stomach bug. Vomiting on course, and feeling lousy. They also had mechanical issues and DNF'd Stage 1.

I think the Yamaha (23 Buchanan) had a few crashes at times. They had some mechanical issues and kept fixing them. Had a problem with their auxiliary fuel tank. During Stage 4, they lost the top cap to the suspension and had to use straps to keep a shock in place and limp in to the finish (over brutal terrain). They did record a finish though (contrary to some reports).

Bob kept our RZR out of serious difficulty although we had a few close calls. No crashes. No mechanical issues other than wear and tear. Bob is now the 2-time UTV Champ in a very difficult rally! 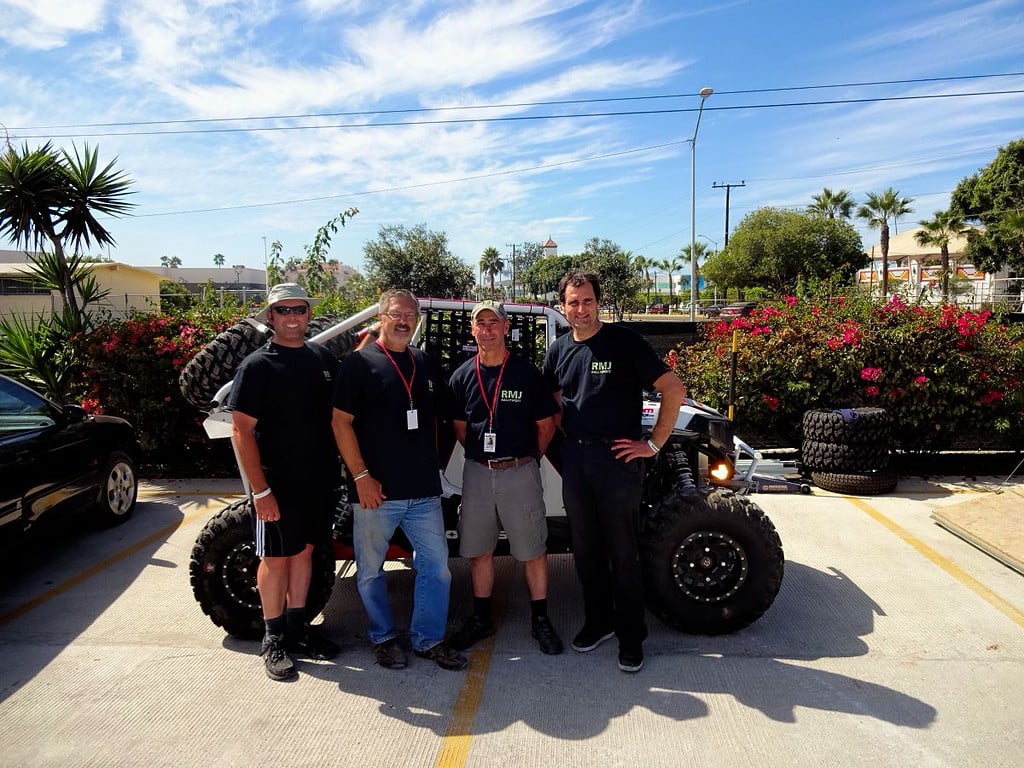 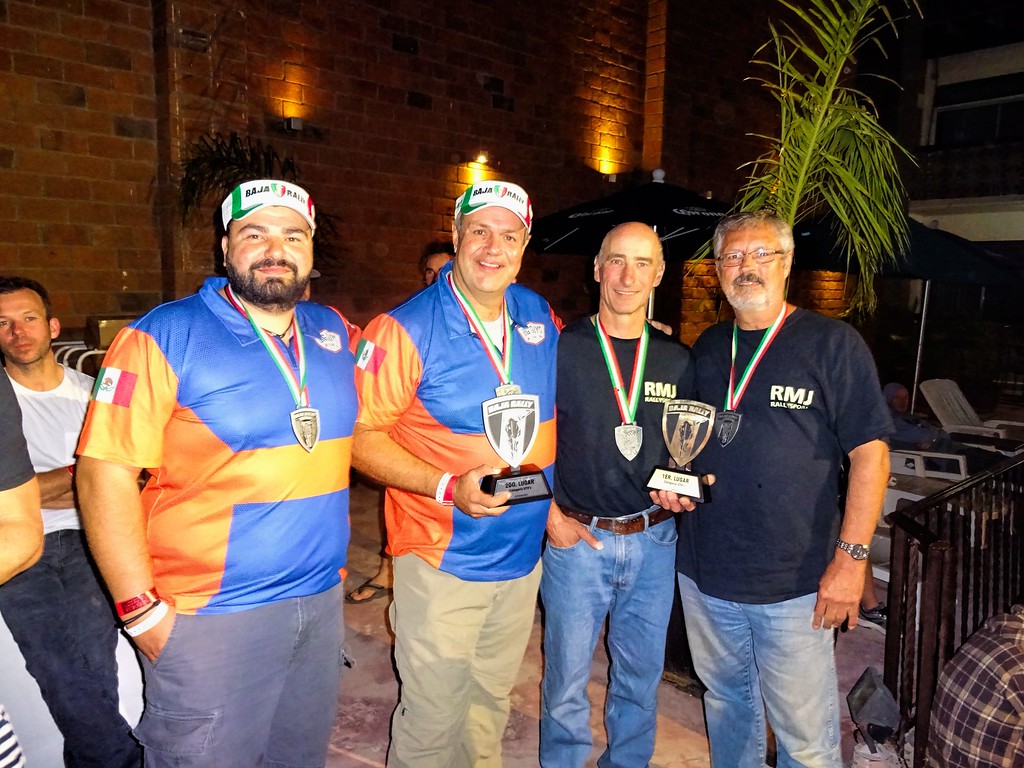 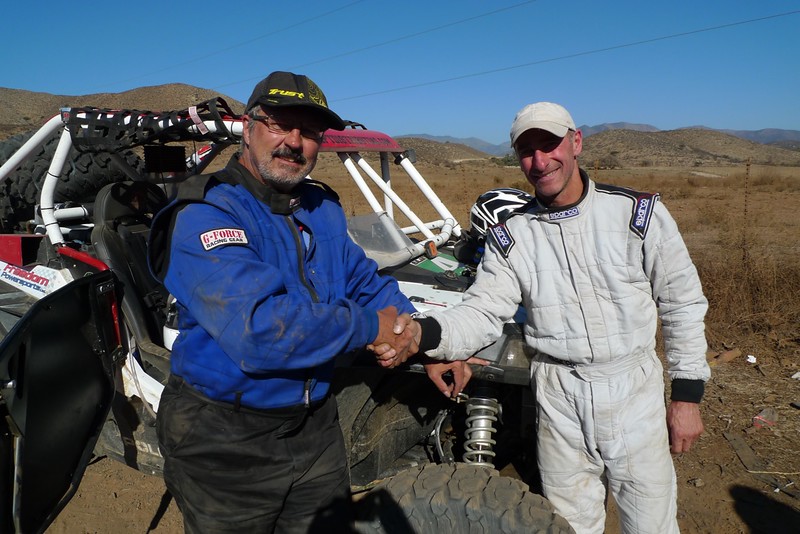 End of the last stage and end of the rally. We had won the UTV class. From here we had a 60km liaison back to Ensenada.

Some pics of our car during the Baja Rally... 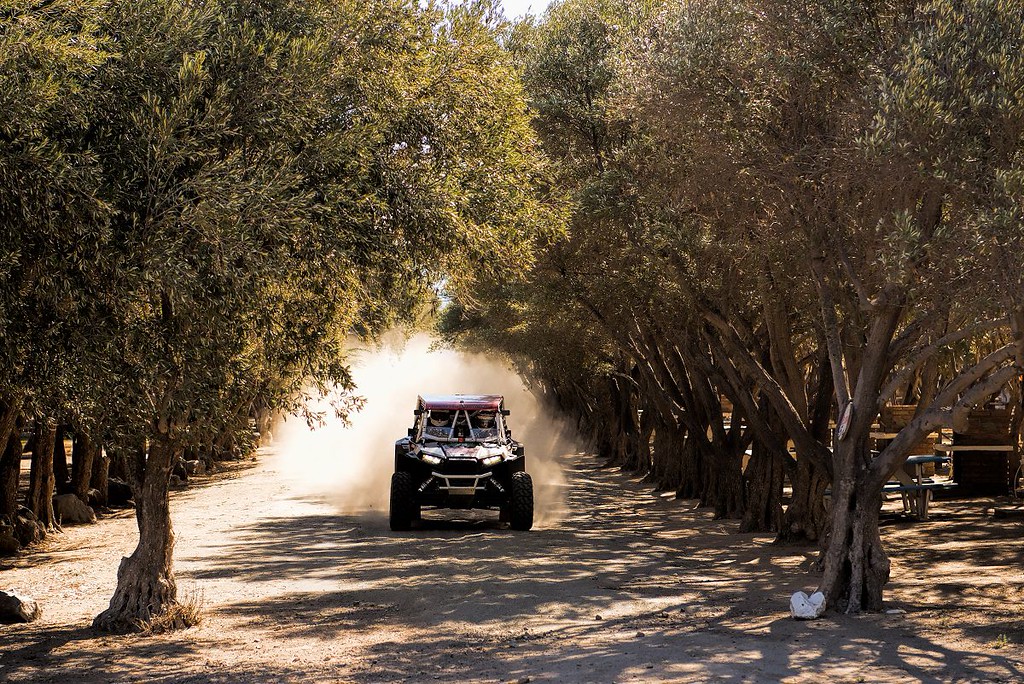 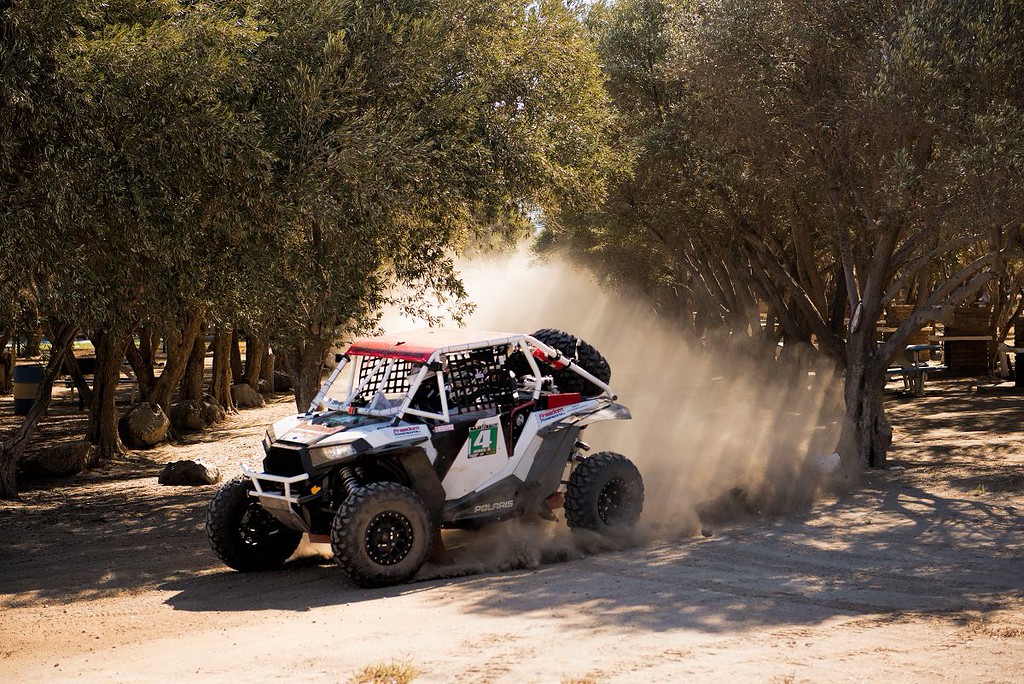 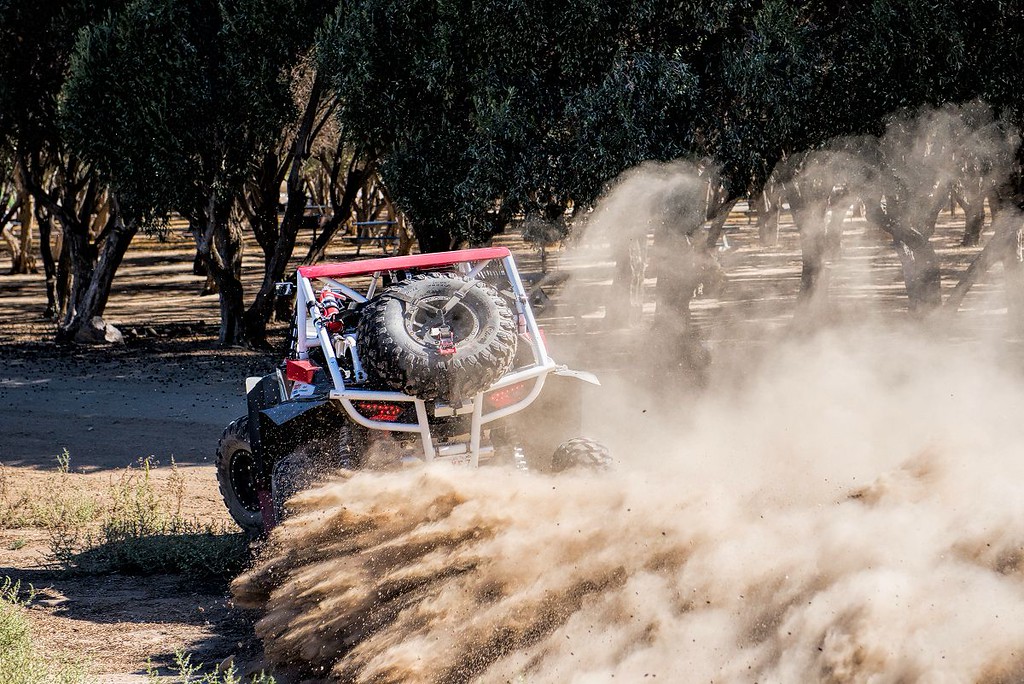 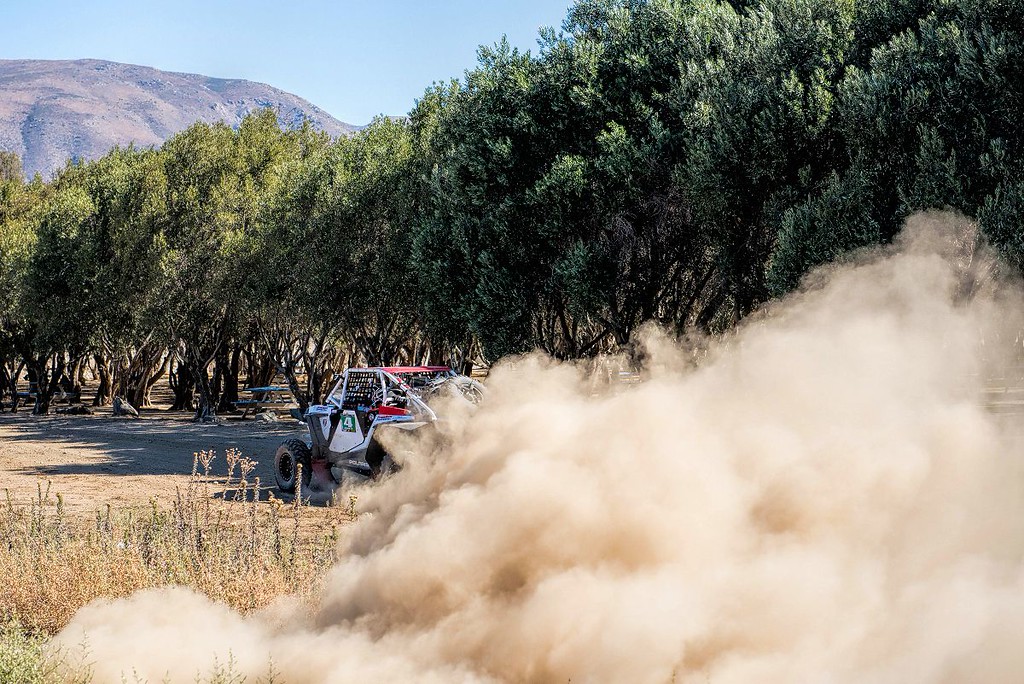 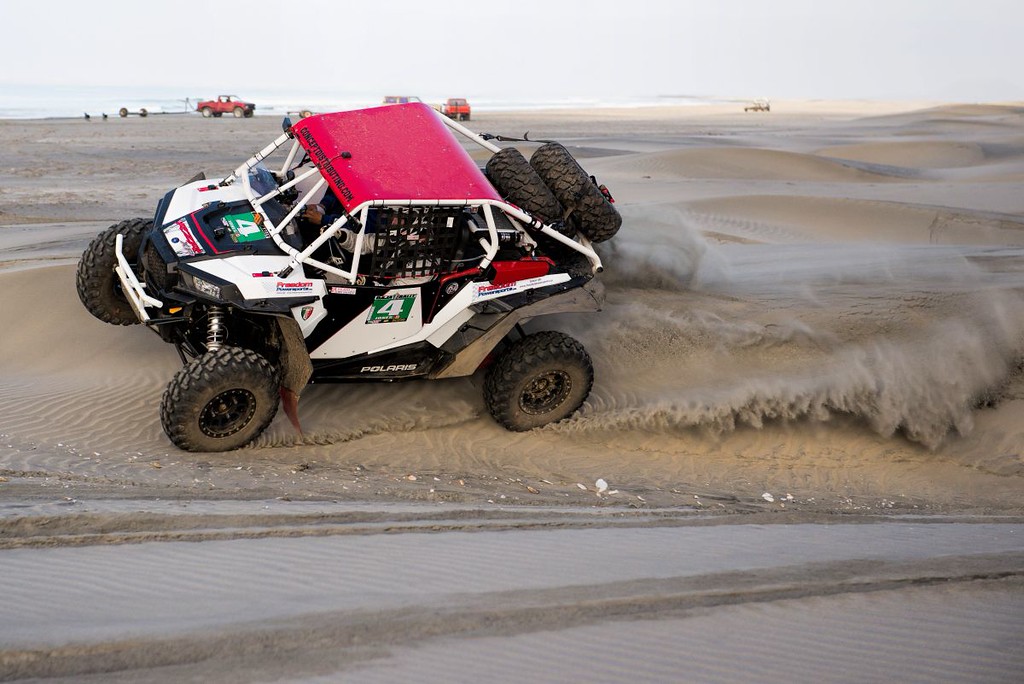 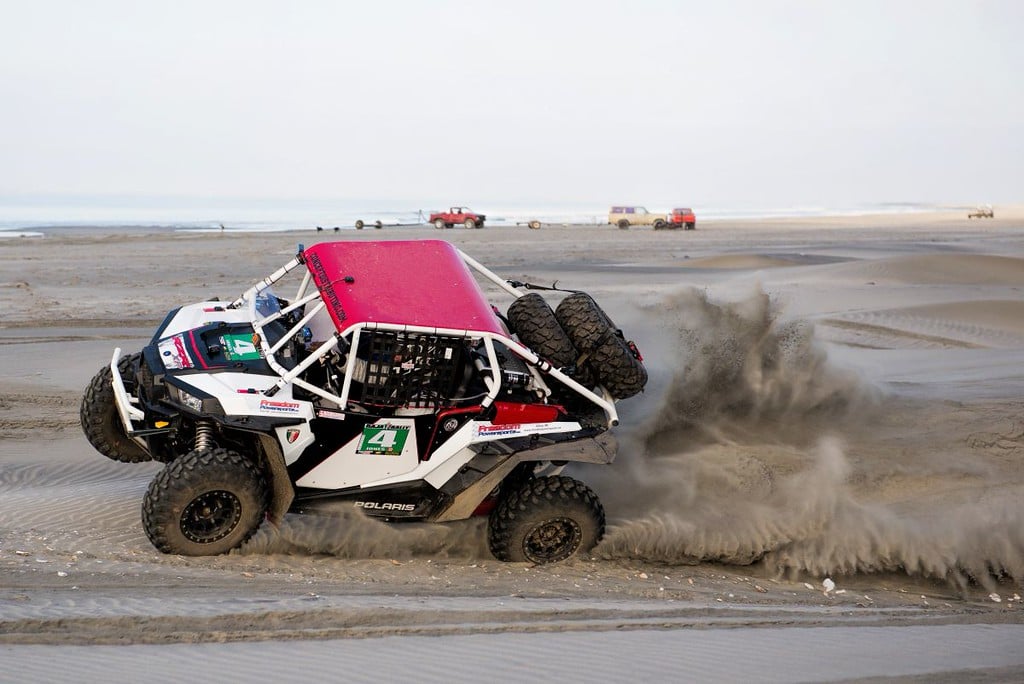 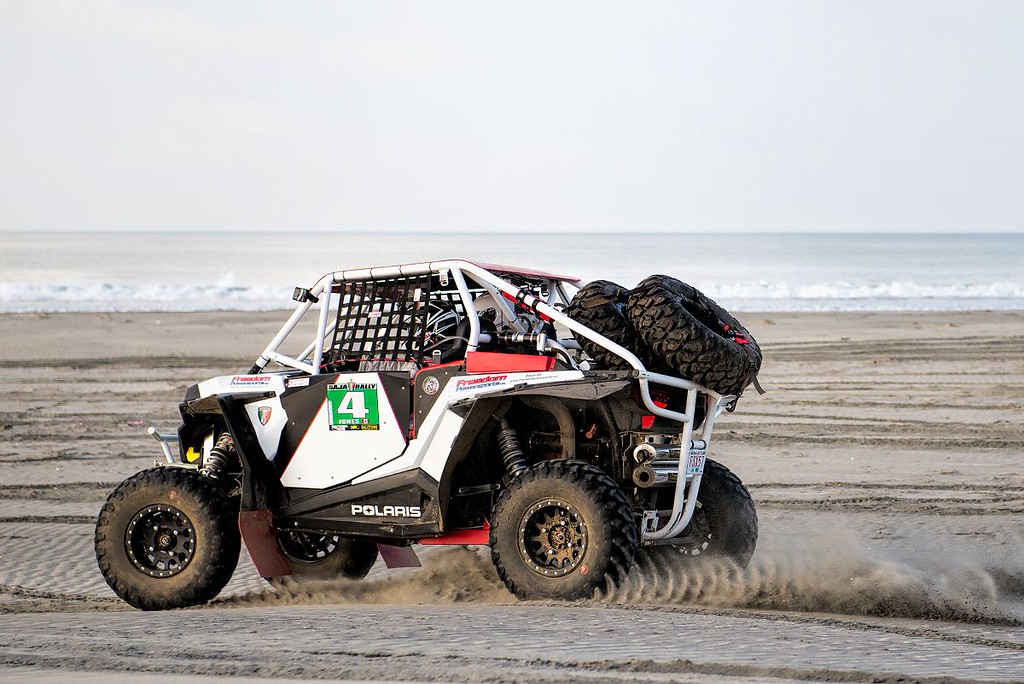 Back in Ensenada after the finish... 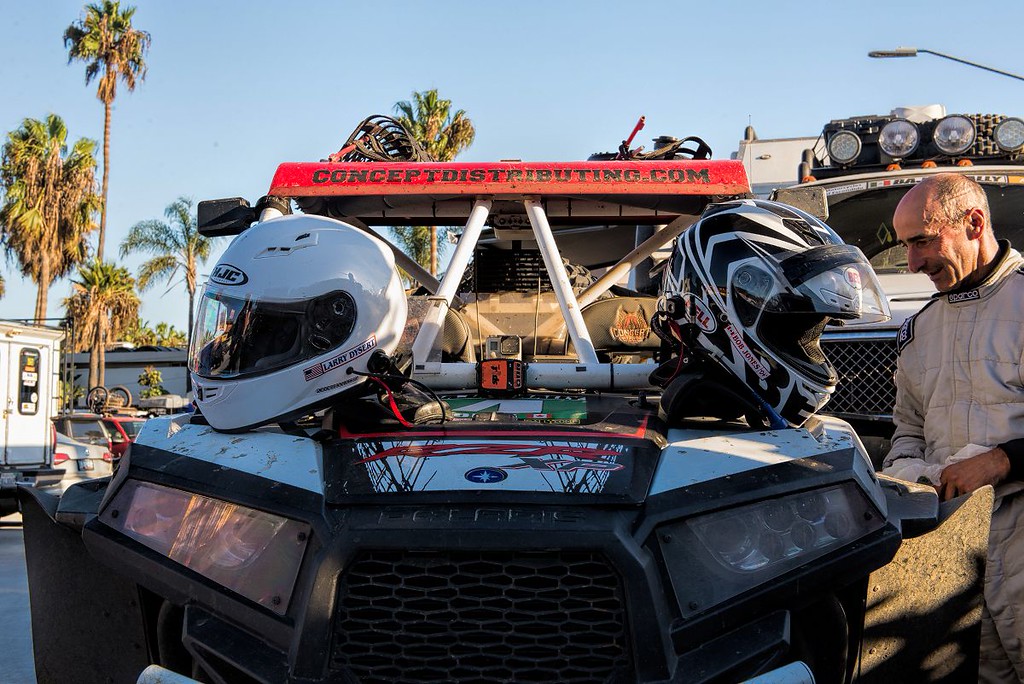 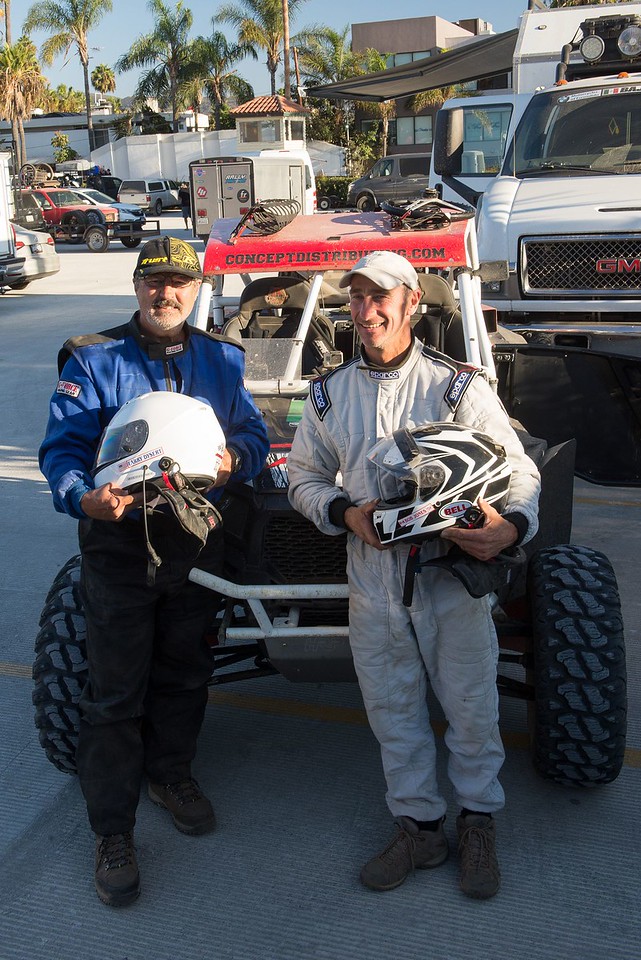