Barn Finds, wherabouts, or i think i knows 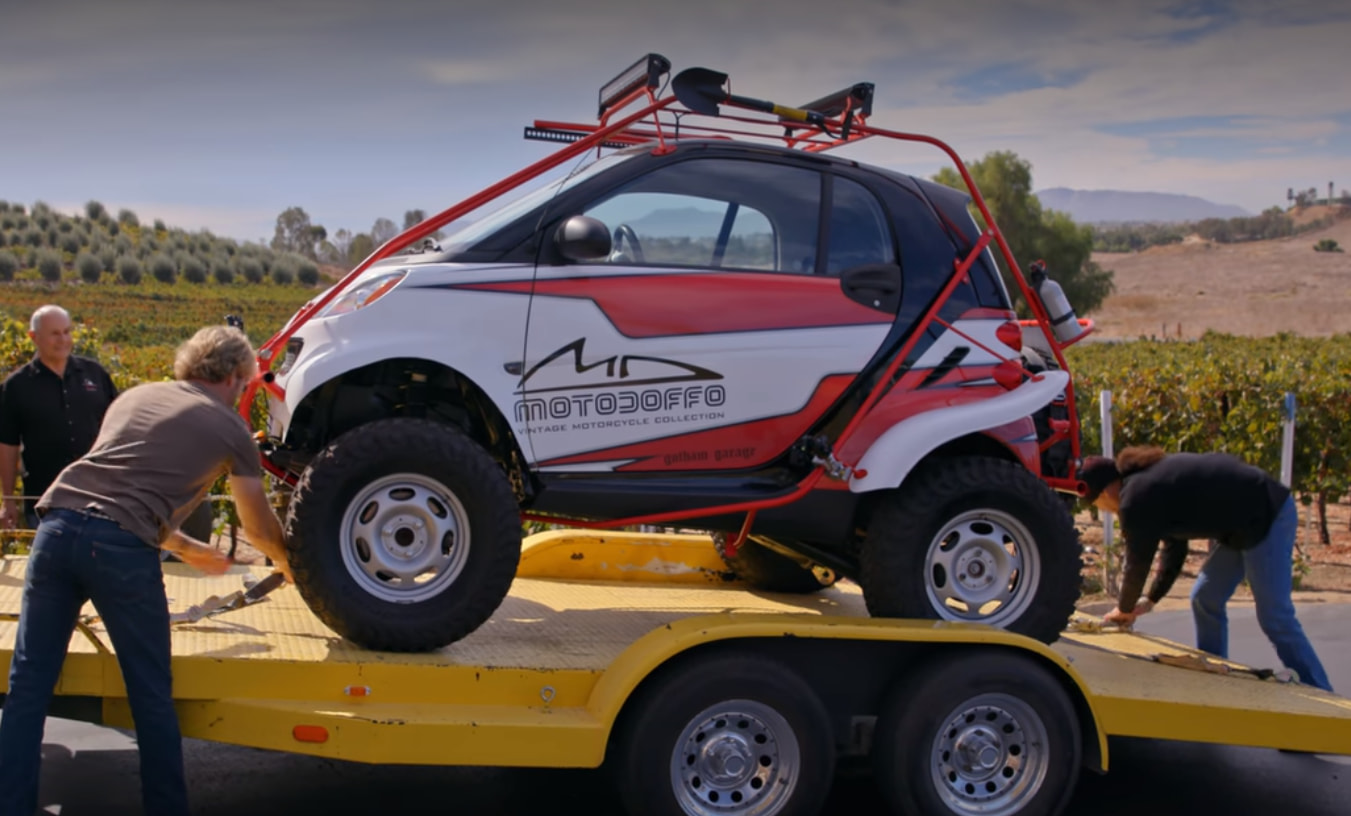 bet that thing kicks buttbutt in the hi speed whoops

I did it off my phone and got side tracked and never finished the post... It isn't a barn find but will likely end up in a barn and someone can dig it out for the NORRA 2037 run lol

Hmmmm....what is the story with this one. Anyone? 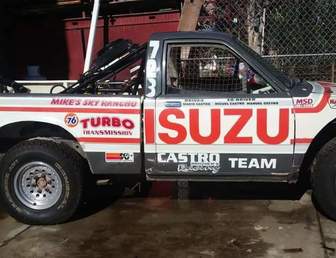 Factory race effort with Mike driving, and even a diesel at one point. Glass sided hauler to show off race truck too! Cool factory program while they had it.

bajaxp said:
Hmmmm....what is the story with this one. Anyone?

I remember when Isuzu had their program. A friend of mine worked for Isuzu in City of Industry at the time and he had posters and other items at the time. All I have left is an Isuzu emblem that is still stuck to the side of my toolbox in my garage.

my first truck was a chevy luv, then i remember Isuzu itself comming to town and there off road effort to back it up, luv was tuff but 1800 cc was a little anemic

Are there any more decent street-able baja bugs that haven't gone water cooled?

There was also one other in the Lake Havasu "white sheet" classified paper last week...

Anyone know what build this beauty is? I don’t get to see many desert vehicles of any kind for sale around me. They want $3k for this one.

Johnny's Speed and Chrome Early Invader chassis. Ohtoothin wall tubing. Fronts had a tendency to bend to 9o degrees from straight. CHeap fun, reliable, this one only met the first 2 choices.
S Steal! Wish I was closer.

Wow! I would love to see the the NORRA Pioneer class with more of these racing. Because of the period correct restrictions, this is the most affordable class at NORRA. 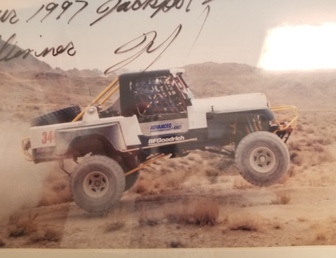 Full race scrambler.Brand new AMC 401Turbo 400 and torque convert from intermoutain trans.model 20 t-case44 front trusted. 60 rear trusted out of a international with both axles same size. Natio...click to see more of this listing

The super fast Damon Jeffries Jimco 2 seat class 9 is officially going to be listed for sale with a fresh class 9 legal trans/motor/beam, trailer, dump cans blah blah blah. Call Jeff Smithhart if interested in the entire package 949 212-375six. Would be a perfect, inexpensive Norra car with some history for a buggy class

Bryan Racing said:
Only Brian Chuchua would know if they were marked in a certain location to identify which was which.The cage in this burned out one sure had alot cage removed,but the sheet metal on top of the cage has me thinking as Brian added it after I raced it 2 or 3 times,I believe between the 78 1000 and 79 parker,but whoever has the sister jeep could have added it to their's as well.The only thing is,in the 78 Baja 1000 we had to patch up the top rear shock towers at a fair pit at Tres Posos,I don't remember if we removed the bubble gum in Indio or Brian's shop did and it looks like flat bar accross the top of the tower for reinforcement.I don't recall that to be original.So I'm leaning towards yes,it's the one I drove as well as Dick Dahn and Jeff Wright.
Click to expand...