These two trucks are pretty badass as well. Should be some pretty epic battles this year if everyone is trouble free.
LOOMISMotorsports | ORANGE ARMY | Camburg | Method Race Wheels | RADesigns | Ringers

BJ Baldwin: “Coming to the Dakar is the next logical step”

It's a new challenge for us, you know. We've won seven off-road racing championships in the last nine years, in SCORE, in Best of the Desert, in Hydro… we won the world championships this year. We've won two Baja 1000s back-to-back these last two years so coming to the Dakar is the next logical step. It's a new challenge for us. I like the idea that I'm on a different team with a different programme than I was in previous years. In previous years I was with Robby Gordon and I was more of an assistant driver than a competitor. So this is really the first year that I'm going to be a competitive driver on the Dakar rally which is very, very exciting for me. Guerlain is a great driver and I'm really excited to compete against him because I know he's such a good driver and is very talented. He's won stages in the past, so I know that if I can hang with him or do better than him, then I'll be doing very well. As it relates to our strategy, in the beginning I just think we're going to kind of try and beat each other, but if one of us has a problem and is an hour down, whether it's me or him, we're going to help whoever the lead car is to get to the finish and to get the best finish possible. Obviously, I'd like to win stages immediately. In the end, I'd like to win the Dakar rally; that would be great for us, especially seeing as I'm a rookie and everyone says you have to have five or six Dakar rallies under your belt before you win one. So, to match my skill-set against guys like Peterhansel, Nani Roma, Nasser Al-Attiyah, all those guys… if I could do well against those guys I would be very, very happy because I believe that those guys are the best in the world.
Click to expand...

The french's translation for HDRA is Hydro lol

Head_Held_High said:
The french's translation for HDRA is Hydro lol

And BJ c'on man you're still of an assistant driver due to the fact Chich took Vigouroux's place
Click to expand...

jajaja!! That's awesome. Just a bobs son is never gonna call himself the water carrier. Drives it like an ass and breaks behind Chich and loses hours in first 4-5 stages. If I was a betting man.

Fwiw, I really like these trucks. Totally what I though the Gordini would be.

honestly I expected better fit and finish considering this Trugly has been in build process way longer than the HST,and it looks very little like the artist conception EVR was posting

@Jiggyjay, if you saw a picture of BJ dash,you'll smurk.

MKR44 said:
@Jiggyjay, if you saw a picture of BJ dash,you'll smurk.
Click to expand...

So ballistic of him.. 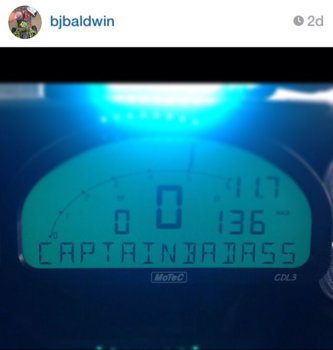 Not that, the one taken today in Rosario.nice try thou

I think that to question the mechanical skills a factory off road motorcycle rider has shows something special about you. Really I have known motorcycle riders in my life that can figure things out. Everyone seems to make fun of BJ but he is there trying without MONSTER. He wants to win and he has my support because he is TRYING to win a race that a American hasn't won. Good luck Damen and the crew, Robby and his crew. 2 bad ass motorcycle riders navigating for our best drivers! Good Luck! 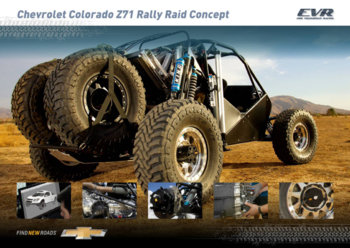 Rad! That looks like a possible winning setup too. I thought RG would build something like this.
LOOMISMotorsports | ORANGE ARMY | Camburg | Method Race Wheels | RADesigns | Ringers 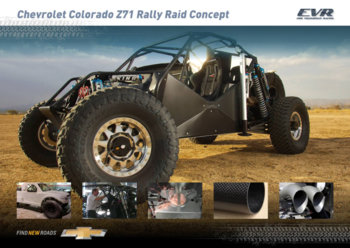