Robby Woods charged the field at the Lucas Off-Road Racing Series Round 5+6, at Lake Elsinore Motorsports Complex managing not only to challenge the front of the pack, but to run the three fastest laps of the weekend. The young upstart has already been on the podium this year managing to battle his way to a 2nd place finish at the Surprize, AZ race. Sporting new sponsorships from Lucas Oil’s Slick Mist and General Tire, Robby came out swinging finishing 5th on Saturday and breaking on Sunday while in 2nd place.

Saturday
Robby started 9th and immediately attacked the field working his way up to 5th by the 3rd lap. Then when he battled Jerry Whelchel for 4th, Robby lost oil pressure and was forced to retire. The issue was caused by damage incurred during a rollover during practice. Robby managed to shake it off and come out and finish 5th in the combined Unlimited 4 + Unlimited 2 race, making him the first Unlimited 2 to the checkered flag.

Sunday
Robby started in 6th position, but immediately moved up to 5th. By lap 3, Robby had moved to 2nd and held position for seven of twelve laps. Robby fell back to 5th after making a slight mistake in turn one causing him to lose his momentum. Robby fought his way back up passing Carl Renezeder, Bryce Menzies and Jerry Whelchel to get back to 2nd and on the heals of race leader Greg Adler. During a full course caution caused by Jerry Whelchel’s crash, Robby’s electrical system caught fire taking him out of the heated race. Only his 7th off-road race of his young carrier, Robby left an impression on the 6,000 plus crowd gathered to witness the no-holds barred spectacle of short course off-road. The message he sent was simple “ I am here to win and race as hard as I can.”

Robby had this to say about the effort; “We not only ran upfront until we had mechanical, issues but we ran the 3 fastest laps of the weekend. I think this proves I am going to challenge the podium at every race.”

“I really want thank all my sponsors, especially Slick Mist and General Tire. They really helped me get here. The General’s worked great. I also want to thank my family, friends and fans, they all have a part in getting me out to every race,” stated the enthusiastic Woods.

Check out Robby Woods website for race results, photos and video at http://www.robbywoods.com/

For additional news and updates check out:
http://www.robbywoods.com/

Awesome! During practice of Saturday Robby was launching into turn #3 like a madman! Starting the turn on the jump and drifting as he landed, it was insane! Way to go Robby!

Great racing and awesome new graphics on the truck. 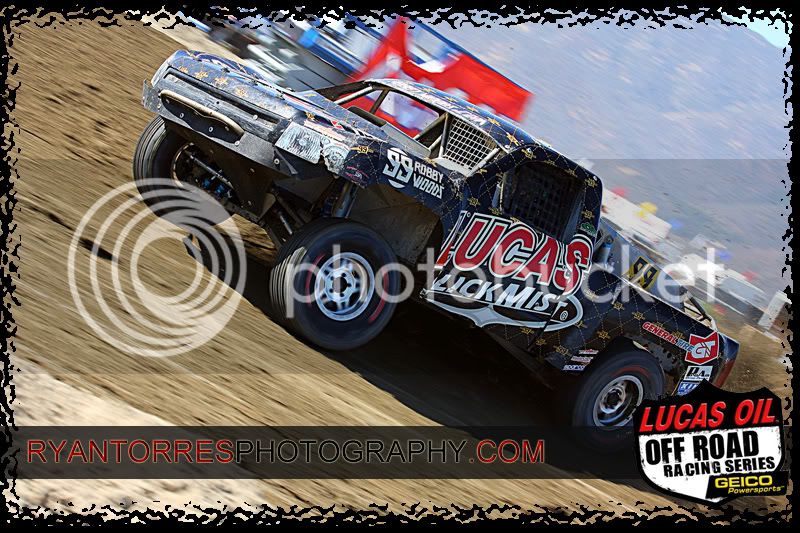 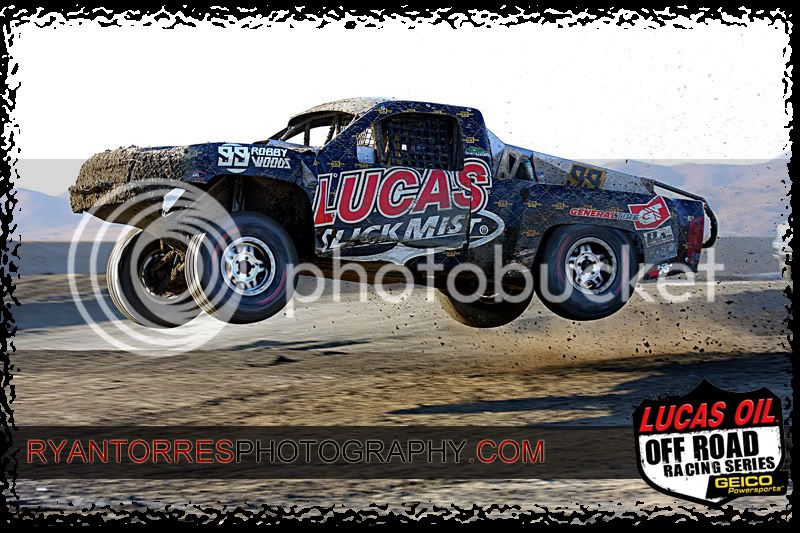 
ryant35 said:
Awesome! During practice of Saturday Robby was launching into turn #3 like a madman! Starting the turn on the jump and drifting as he landed, it was insane! Way to go Robby!

Great racing and awesome new graphics on the truck.

Hey thanks Ryan I would love to buy some photos from you!My internet is slow so if you email me shots of my truck from elsinore I'll get some!My connection is to slow to browse through thanks brother!

I was wondering who "the fro" was?
http://www.mikesracephoto.com -JNV R.I.P.-
"Know when to shoot...And when to Scoot"