Chad Leising, the reigning 2008 SuperLite Champion, publically announced his new programs direction for 2009 during the first round of the Lucas Oil Off Road Series. The development of the SuperLite Series is just what this division of racing needs. Combined with the LOORS venues and exposure opportunities means that it is time to step up the game. Premiere Motorsports Group spearheaded by Ryan Busnardo offered Chad just that chance after witnessing Leising pilot his So Cal SuperTrucks SuperLite during a preliminary test day at Primm Valley Motorsports Complex.

The first weekend of Lucas Oil Off Road Racing offered Chad the perfect opportunity to debut the newly wrapped SuperLite featuring the Rockstar Hart and Huntington PMG team graphics with a large SoCal Super Trucks Logo claiming the title sponsorship location. As a young independent racer, Chad funds his own program with support from a network of enterprising businesses. Basically any company that gets on board with Chad will immediately see the benefits and investment pay off.

This scenario began to pay out on Saturday’s practice and even more so during Round 1. Although a temperamental wind storm on Friday shut the track down and ended the chance of any extra seat time, Chad stepped up to the table and shook off terrible track conditions, qualifying 3rd. Chad described how his first initial run went, “It was really greasy out there. I saw many SuperLites spinning out due to the wet track. I had a good run despite a dying battery and the over watering but we’ve dealt with worse and will pull right through the mess.”

As Leising’s #17 SuperLite pulled out of the impressive Rockstar Hart and Huntington pit area and moved towards staging, PMG’s Leader Ryan shared his thoughts on the new addition to Premiere Motorsports Group. “Chad is 21 years old and has a good head on his shoulders. I like him and truly believe we can help Chad win races.”

Round 1 of the SuperLite Series began with the typical short course action. After the Green Flag, the field of SuperLites sorted out and each driver jockeyed for position on the opening laps. Leising running cool and collected as usual, anticipated to strike and move the #17 forward to victory. Flying through the whoop section in sequence behind David Reyes, who had qualified 1st in the #77 truck, got all crossed up and ends up spinning off the track. Chad battling with Chuck Dempsey, laid down the throttle and attempted to take over the lost position. Reyes was not done fighting yet and somehow pulled back into the lane blocking Chad, allowing Dempsey to take over the lead.

Several laps later, the Competition Yellow collected the SuperLites back together. On the Restart, two entries jumped off the line early forcing the Lucas Oil Race Officials to call them back for another restart. The next time around all the SuperLites ran up to the green flag in formation. Chad raced up to the front to challenge Chuck, who was leading the field. The #77 of Reyes rolled coming out Turn 1 creating some carnage allowing the leaders to separate from the rest of the pack. Eventually Leising caught up to Dempsey who was forced to slow down to maneuver through a yellow flagged section. As soon as they passed through, Chad had Chuck’s #5 set up to pass and successfully made the exchange for 1st. The entire grandstands full of excited race fans were on their feet cheering for the last several laps as the race unfolded. Racing wheel to wheel for the remainder of the race, Chuck was able to steer for the inside line in a long sweeping corner, passing Chad just in time to cross the finish line in first.

The podium celebration was definitely full of colorful glamour and flare. Lucas Oil does it up the right way with confetti cannons and pyrotechnics. The reigning champion exclaimed “Its like a chess game out there. Every move I make is carefully processed and methodical. The endless help that the Hart and Huntington’s team provides is truly unreal and I couldn’t have asked for anything more. Our teams solo focus and goal is to bring more podium finishes to the Rockstar Hart and Huntington Team while working towards the 2009 championship.”

On Sunday, Chad laid down an impressive qualifying time of 1:05 and good enough for the 2nd fastest time. Round 2 proved to be just as exciting as Round 1, with Chad actually running away with 1st for the majority of the race. Unfortunately the #17 SuperLite suffered an electronic malfunction on the last lap placing the truck in 5th position for the day and an overall 3rd for the weekend.

Leising confirmed his short course skills and established to the SuperLite Series and Racers that he will be a force to be reckoned with throughout the rest of the season. Looking forward to Round 3 of LOORS, Chad has committed to bringing the PMG Team a consistent 2009 season full of highlights and podium finishes. Currently standing only 4 points out of the Series lead, the #17 SuperLite is prepped and ready for the next event at Speedworld Raceway Park located in Whittmann Arizona on May 2nd. 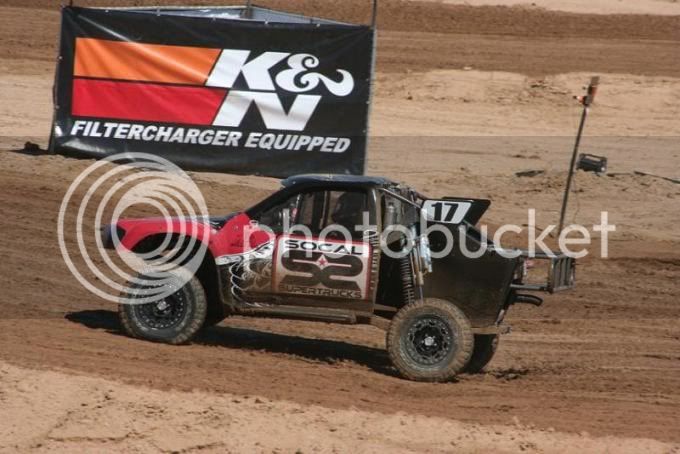 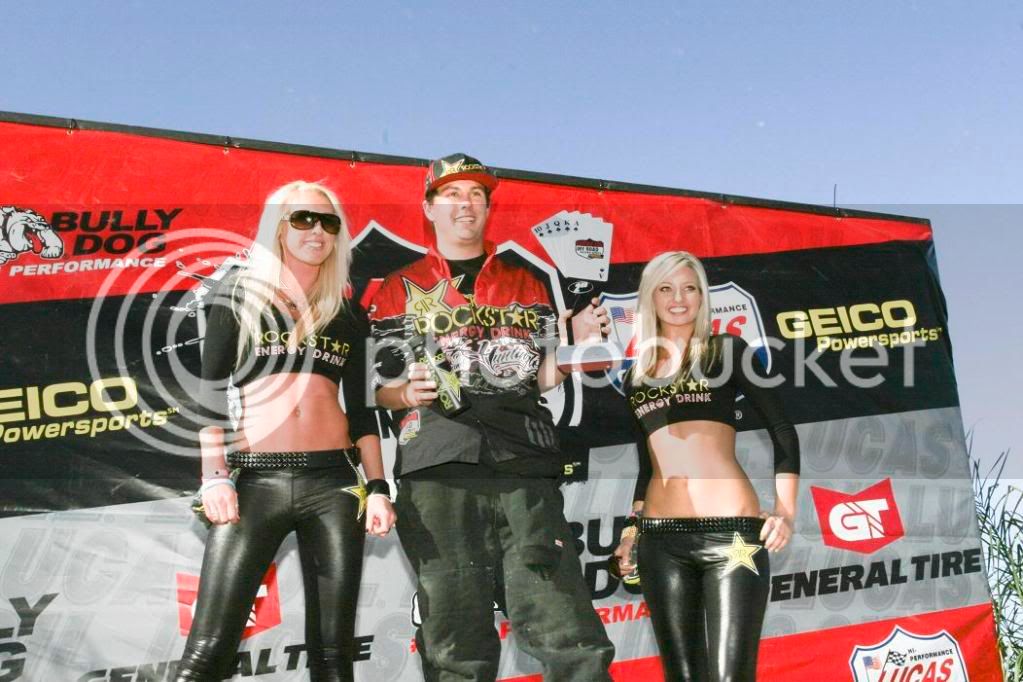