Vaya con Dios Amigo....thanks for all your rescues Chuck. Every time I see a RollsRoyce I'll think of you!
4 Championships in 4 years!- Winningest Driver of 2010- Dirtsports 2010 Desert Driver of the Year-BFGoodrich Contract Racer- FOX's Guinea Pig- THE RACE GODS LOVE ME!

What did i miss?
Live before you die

Just read this on Facebook, shocked and sorry to hear.

R.I.P. Mr.Strange. one hell of a guy.
Threat Motorsports Supporter!

Are you kidding me?! He Passed away yesterday? I was just with him a few days ago it seems like!

Im going to miss you buddy, cruising around town or down the freeway in the RR will never be matched by anyone. 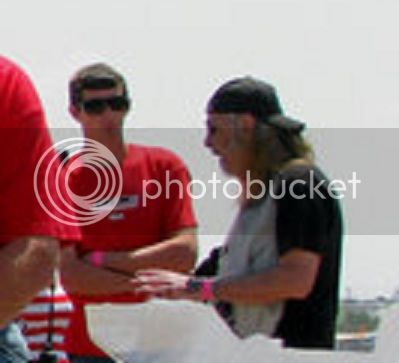 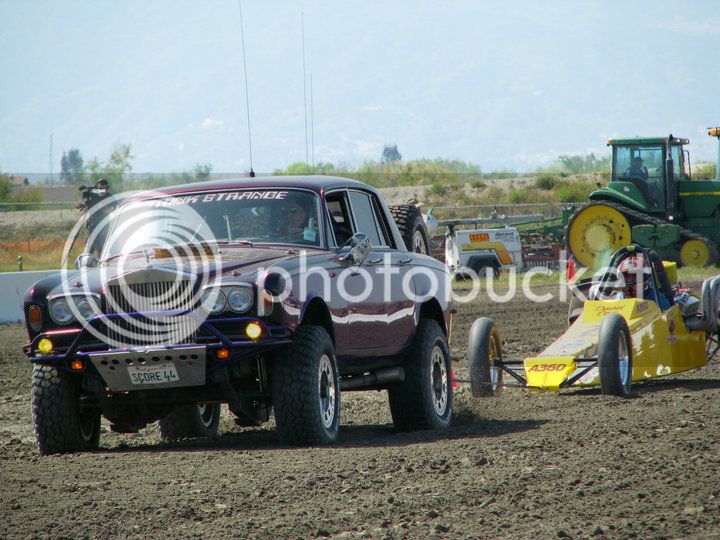 Sad news for sure. You will be missed.

I remember the inland prerunner days when the whole group of trucks and my one baja of the group would go to perris behind his house and hit this little jump over and over again. He would then pull this wierd machine out that he made that with one goose of the throttle it would do a wheelie and sit on the back cage then he would do 360's on 2 wheels till we could only here him but not see him beause there was so much dust. Yes he was unique but a super nice guy who loved the dirt.

What a great guy. So sad. He will be missed by all. The deserts will never be the same.
Jet noise overhead = Freedom

Lots of good times at his house back in the Inland Prerunner days and he was always out pulling people out when they broke in the desert. Good guy and a bummer for sure!

From Sports Illustrated 1979:
Chuck Strange was born in Los Angeles, Calif. 28 years ago under the name Charles Othon and grew up in Phoenix with an overwhelming urge to be different. At South Mountain High School, he was a smart but highly selective student. "I was good—dynamite—at what I wanted to be good at," he says. "The rest, I just didn't care. It was mostly music, girls and cars."

He played lead guitar in three local rock bands, The Knightkaps, US (for "Universal Sound") and Twentieth Century Zoo. He drove to school in an old, immaculate limousine. One day during lunch hour he drove down a dirt road on South Mountain (the mountain, not the high school) and missed a turn, and wondered why. He later tried the turn again, slowly, and made it. He got to the point where he felt comfortable when the car's rear end broke loose, and in time he was taking the turn at a far greater speed than that at which he had crashed. He graduated to putting the two right side tires of his limo up on a curb and seeing how far he could ride the curb. "It's not as easy as it sounds," he says. "All those driveways, curves...it's tough." He'd see how many telephone poles he could clip with the right side of his rear bumper, listening for that pleasant ping...ping and going back to check the nicks in the poles just to make sure. "Then I might go slam a garbage can just for the hell of it," he adds.

Oversimply put, for whatever psychological reasons, Chuck Othon grew up fascinated by the sound of grinding metal. "I love a good crash," he says. Especially, it seems, one in which he is involved.

If there is such a thing as a demolition-derby natural. Chuck Othon was it, and after his release from high school he advanced the state of that dubious art to unimagined heights. During one stretch, he won something like 19 of 23 derbies in Arizona, New Mexico and California, and even formed his own demo derby team, which, just because he wanted to be different, he called the Strange Racing Team. One night a sign painter was supposed to paint on the side of his junker, to indicate its driver and his affiliation:

But the painter got the spacing all wrong and the sign came out:
CHUCK STRANGE RACING TEAM

Chuck Othon was annoyed at first, but the public-address announcers had a field day. "Hey, look at that strange Chuck Strange, will you," they'd say. "He's really doing some strange things out there."

By this happenstance did Chuck Othon acquire a stage name. All he needed was an act."
If laughter is the best medicine, I am part of its corrupt pharmaceutical lobby
UNDERGROUND R.A.DESIGNS ORANGE ARMY SOLDIER LEMONS RACER CAMBURG FAST-aid WTAR

RIP Chuck. I remember the first time I met him was the 2006 Primm race. I got dehydrated and had to stop and get out of the truck and here comes this Rolls Royce looking thing and Chuck pops out and runs over to assist me in any way possible. He towed me out of the desert quite a few times, and he loved showing off the RR. Godspeed Chuck, gone but never forgotten!
www.andymcmillin.com

RIP Chuck. You will be missed.

What a nice man he was, I will always remember him. See you on the other side Mr. Strange!
''Its not the pace of life that concerns me, Its the sudden stop at the end.''
-Ivan Stewart

RIP Chuck. I'll miss seeing the Rolls out in the middle of the desert when I'm filming... Chuck was always so stoked when I put a shot of him towing someone in the Dezert People credits every time. Good times for sure at his house back in the Innland Prerunner days.
dezertpeople.com
offroadaction.ca

Via con Dios Chuck, you and the purple ROLLS will be missed , but never replaced.