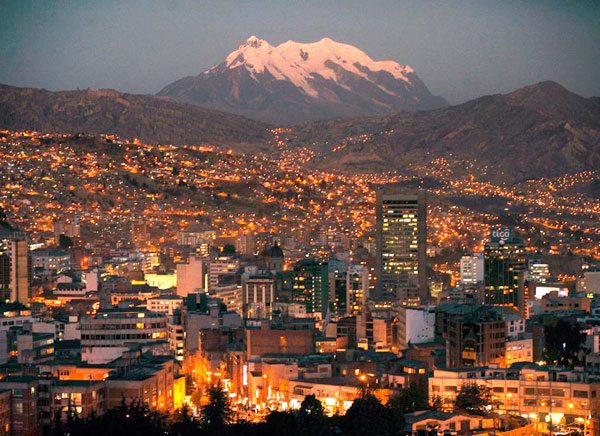 tomorrows stage has been short'ned per Tim Coronel's tweet to 160km , basically at the 2nd motorbike fueling checkpoint

todays stage schedule and total waypoints (Thanks to advrider) 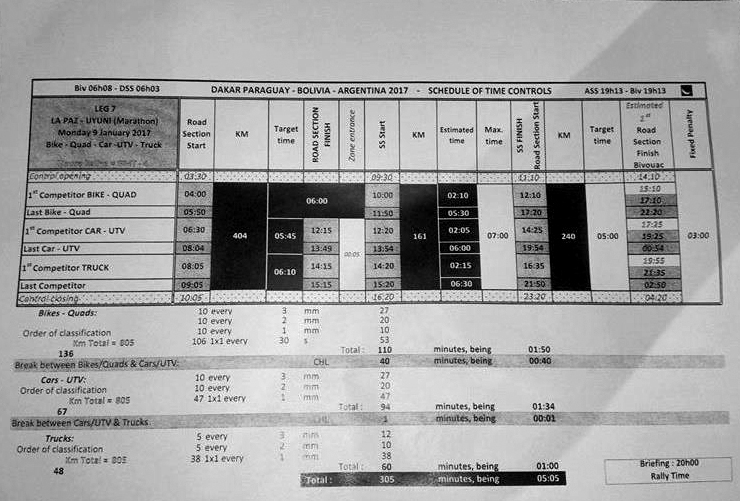 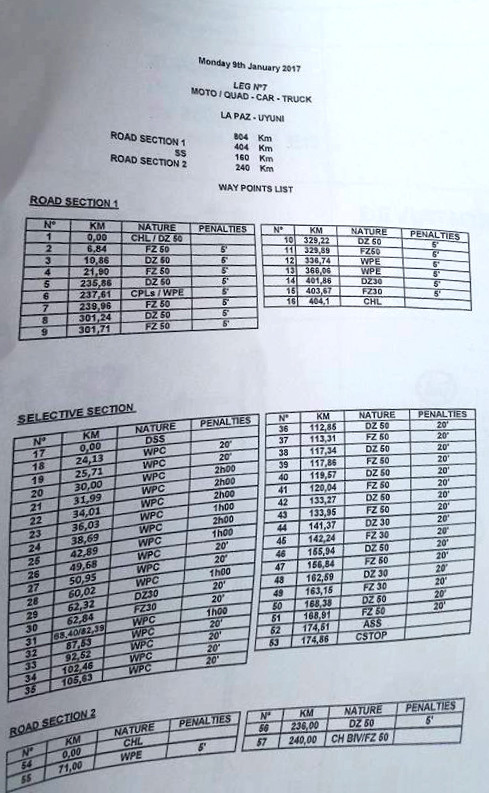 Apparently today we will not have live timing. Stage chances (they are using part of originally stage 6, plus part of the original stage 7) did not allow thm to settle up the logitics for the timming. Let hope we will have at least the manual checkpoints CP.

If not Dakar old style for us, followers!! wait till the end of the day to know times
Last edited: Jan 9, 2017

Looks like 644 km on the road with 160 km of special. Why bother even racing for 100 miles?
www.motoseat.com
F

Bolivia tv have the start of bikes

I agree that they need to figure out a way to reduce the transit/pavement sections and increase the special/off road sections. Sorry to be a broken record, but I believe that racing in Peru and Chile again, would help.

here is the live TV feed:

They really have turned this race into a joke. 160km stage 7? Pretty pathetic.
Maximum Attack.

offroadracer516 said:
They really have turned this race into a joke. 160km stage 7? Pretty pathetic.
Click to expand...

It's not like they have a choice. The organisers spent the rest day re-plotting the course to use the sections that weren't affected to the point of being a risk to drivers/riders after the storms they had. One of the Coronel boys took 2 days to finish stage 5 along with his support truck and various others. It seems they have the safety of the teams as first focus before any media/sponsor/spectator expectations. I'm bummed the stage is shortened but happy on where their first concerns lay.
http://willysm38build.blogspot.co.nz/

offroadracer516 said:
They really have turned this race into a joke. 160km stage 7? Pretty pathetic.
Click to expand...

You guys crack me up. This isn't SNORE or SCORE where they pound some stakes in the ground and you race around on the same place you have raced for years.

ASO spends ALL YEAR making the road book for the navigation of this race. Each night when they distribute the road book they do have minor revisions for recent cautions, but they can't whip out an entirely different road book in a matter of hours. When harsh weather comes their only option is to shorten the special or eliminate it entirely.

I do agree that this was less of an issue on the west side of the Andes where they get a lot less rain.

The live coverage on Bolivia TV (via Livestream) is the best I've seen all week. Wish I could get translated subtitles. Camera's at the start, finish and a few in-between.

Having setup roadbooks myself in uk having to change them because weather and other conditions its very hard to alter directions in roadbook in spand of 24h. ASO have do good job with the conditions they had. first cars have do stage in 1h54m time ranger.

On the road to Uyuni, Ricky Brabec has won his first special on the Dakar at the end of a 174 kilometre sprint ridden at a devilish pace. In the car race, Stéphane Peterhansel did justice to his rank of general standings leader thanks to a narrow victory over his team-mate Sébastien Loeb.

The Dakar left La Paz, the highest capital city in the world, and the warm welcome given by its inhabitants to head towards another world renowned venue, the Salar d'Uyuni salt flats. The stage was shortened due to the poor weather conditions, but once again boasted sandy tracks that were liable to create big gaps, including between the favourites. The seventh day especially rhymed with the marathon stage, which could leave its mark on competitors who have to toil alone on arrival at the bivouac to maintain their machines so harshly put to the test...

Ricky Brabec had been there or thereabouts for a while. Today, the official Honda rider was finally rewarded for his efforts and paid back the trust shown to him by HRC with triumph on stage seven, ahead of his experienced team-mate Paulo Gonçalves. In third, Sam Sunderland did all that was necessary to limit the damage and even increased his lead in the general standings over Pablo Quintanilla. In the quad category, Sergey Karyakin finally picked up his first victory of the year after having finished in the top seven during four of the first five stages. Consequently, the Russian takes the lead in the general standings, ahead of the Frenchmen Simon Vitse and Axel Dutrie. In the car race, Stéphane Peterhansel picked up his second stage victory since the start in Asuncion, equalling Sébastien Loeb's tally this year. Once again, on completion of a superb duel between the two men, Peterhansel made the difference, by 48 seconds. Giniel de Villiers (Toyota) and Mikko Hirvonen (Mini) had to content themselves with maintaining their positions, whilst Nani Roma leapfrogged Cyril Despres to take provisional third place in the general standings.

At the age of 31 years old, Todd Smith is taking part in his first Dakar behind the handlebars of a non-official KTM bike. The Australian undoubtedly did not expect to be in with a shout so early on, especially on a Dakar rally that has tripped up many of the favourites. However, with every special he completes, Smith seems to be more and more comfortable, as he showed today with a magnificent seventh place. He is unquestionably a rider to watch, up to Buenos Aires and in the years to come…

Six out of six: more open that ever, the Dakar 2017 has just witnessed a sixth stage winner in the bike race after as many completed stages from the start, with the success of Ricky Brabec. With six more riders in the top 8 in the general standings still seeking their first victory, perhaps the sequence is not yet finished…