Just like most hybrid on road cars run some sort of Kers system, in the off road world there will be a hydraulic generator harvesting suspension movement. Maybe sooner than you think

PeteRock said:
Just like most hybrid on road cars run some sort of Kers system, in the off road world there will be a hydraulic generator harvesting suspension movement. Maybe sooner than you think
Click to expand...

Decades ago there were rear arm operated transmission pumps in the unlimited ranks.
Hey! You kids!! Get OFF my driveway!!! If you can't go away happy, just go away!

All I want to know is when are we getting self driving desert cars? All that steering and hitting the gas is f 'n tiring.
Necesito más cencerro

Ol' Curmudgeon said:
Decades ago there were rear arm operated transmission pumps in the unlimited ranks.
Click to expand...

Shall be one for rear gear lube on my truggy. Cool oil on a 10" 486ish gear should make it last a long time.

Zambo said:
All I want to know is when are we getting self driving desert cars? All that steering and hitting the gas is f 'n tiring.
Click to expand...

I thought that was what co-dogging was all about?Just tell um were to go and they do!

Are you sure on this? I believe, in the US at least, you can make anything you want for personal use, you just can’t sell it.


vegasloki said:
Patents don't have a fair use provision like copyright. The letter of the law is that you are not allowed to make the item even for personal use.
Click to expand...

I know in R&D you would reverse engineer and check patents on lots of stuff to learn the tech and how "robust" the idea was. Then improve on it or find an alternative that does the same job. Just because something is patented does not mean it is the current state of the art. In many cases some companies want patents so others couldn't patent the idea. For some patents it takes a community to proliferate the idea. That is very common in packaging where you want all machine manufacturers to have the tech so you can change the current product. Wax paper was common packaging and low cost/profit due to competition. By patenting ideas to run plastics and then not defending them changed the market. If it wasn't a better product we would still be opening wax papers.

Just another angle on patents and stifling innovation. A smart and confident hybrid company might put some tech out there to change the market which seems to have potential. Lots more potential in Offroad than Supercars.

johndjmix said:
Are you sure on this? I believe, in the US at least, you can make anything you want for personal use, you just can’t sell it.
Click to expand...

And when that happens Customs and Border Patrol will stop the importation, confiscate the product and sanction those involved in selling the product in the US. Same with counterfeit and trademark issues. All other western countries operate in similar ways. As they should.

What's more prevalent is copying non protected items which is legal under both international and US law. The big beef we have with them now is some companies have to open up their IP to gain access to the Chinese domestic market. Under current law and treaties this also is completely legal. This is another situation where your parroted talking points ignore the nuances of a given situation. The bigger issue with imports, not just from China, is the US appetite for low cost goods to support the current living standard and the tax breaks offered by companies that offshore manufacturing.

To circle back on this thread it's not likely many specific off road companies could afford to get a patent. The auto and powersport companies could afford it (and perhaps Mastercraft prior to the sale, Sparco could for sure) but guys like Woods or even Geiser or Jimco may not be able to afford or justify the expense of getting a patent. Those guys are more likely to be copied by others along the I15 corridor than some import.

We have had 2 of our products copied and produced / sold. Didn’t have patents on either one. The problem is it’s so dam expensive to get a patent that by the time your done, if it’s not a big seller your at a loss. It’s sucks to have all the time in autocad and the prototypes we spend money on to have it copied.

More than the money it’s the point of it, it’s my design and I’m dam proud of it, and Jim bob steals it and calls it his product.

Personally I don’t have any problem with anyone copying any product we MFG, as long as it’s just for them and they don’t try to start selling it! Selling it, well then we have a problem.

I'm glad a few copied Yeti. I wonder who they copied? (Delete in one day)
T

I have a buddy who used to make aftermarket exhausts for cars, he said in the old days 10-15 years ago, if he came out with an exhaust it would have quite a shelf life before it was copied, the last couple he did, it was 2-3 months before the copy was on the market, so at best he could only sell a handfull of exhausts before the market was lost to knockoffs. In other words the ability to copy and manufacture very quickly is a game changer.

Imitation is the sincerest form of flattery.

Just wait til the 3D metal printers go mainstream.
Hey! You kids!! Get OFF my driveway!!! If you can't go away happy, just go away!
B

By the time any penalties are levied, if they are levied, it's too late, the person who has the patent has already lost the market. The feeling in the IT world is, they all expect their stiff to get copied, so they hit hard and fast and then move on to the next thing hoping for another bolt of lightning. Trying to play the Americans want cheap crap doesn't fit into this argument. Everyone wants stuff cheaper, that's why it gets copied and sold all over the world, regardless of patents. It is a different argument. The fact is, you can get anything built in America in an exact copy in China, period.

2) There are various types of IP/patents and different ways to protect your IP, see #1 as that's what it all boils down to.

3) Most patents are limited in scope and in a lot of instances very easy to engineer around.

4) "Patent Pending" and a good IP attorney are a godsend if you do it right as no one really knows what is in process, and if marketed well you can use it to your advantage to protect your designs...

5) China from a design perspective does not have many original ideas and even less morality when it comes to respecting others IP. You can enforce your IP, refer to #1...

i think it will be very important to go back to the original topic.......before the chinese copy this thread

I don’t know whose 4wd tt has the portal axle set up on their front a-arm suspension, but if it works, it’s a major improvement. Not only for the improved cv angularity, but also ground clearance.

It would be great to have a talented driver feed back on driving a portal fast. What the offset does to binding the suspension (anti dive/lift) is a question that always gets asked. I am not sure if it cleans up the camber curve, but looks like it. There is definitely more ground clearance, but I don't see improvement in CV angularity for similar articulation and turning. Not slowing or worrying about G-outs as similar to a 2wd TT might be the biggest plus. Some avoid it just because of maintenance and cost. 4wd is already loosing about 30% HP to the ground so adding another set of gears and bearings might be a trade-off that some wouldn't want. Today, the Hybrid front motor with a portal or not deserves some consideration.

retroblazer said:
I don’t know whose 4wd tt has the portal axle set up on their front a-arm suspension, but if it works, it’s a major improvement.
Click to expand... 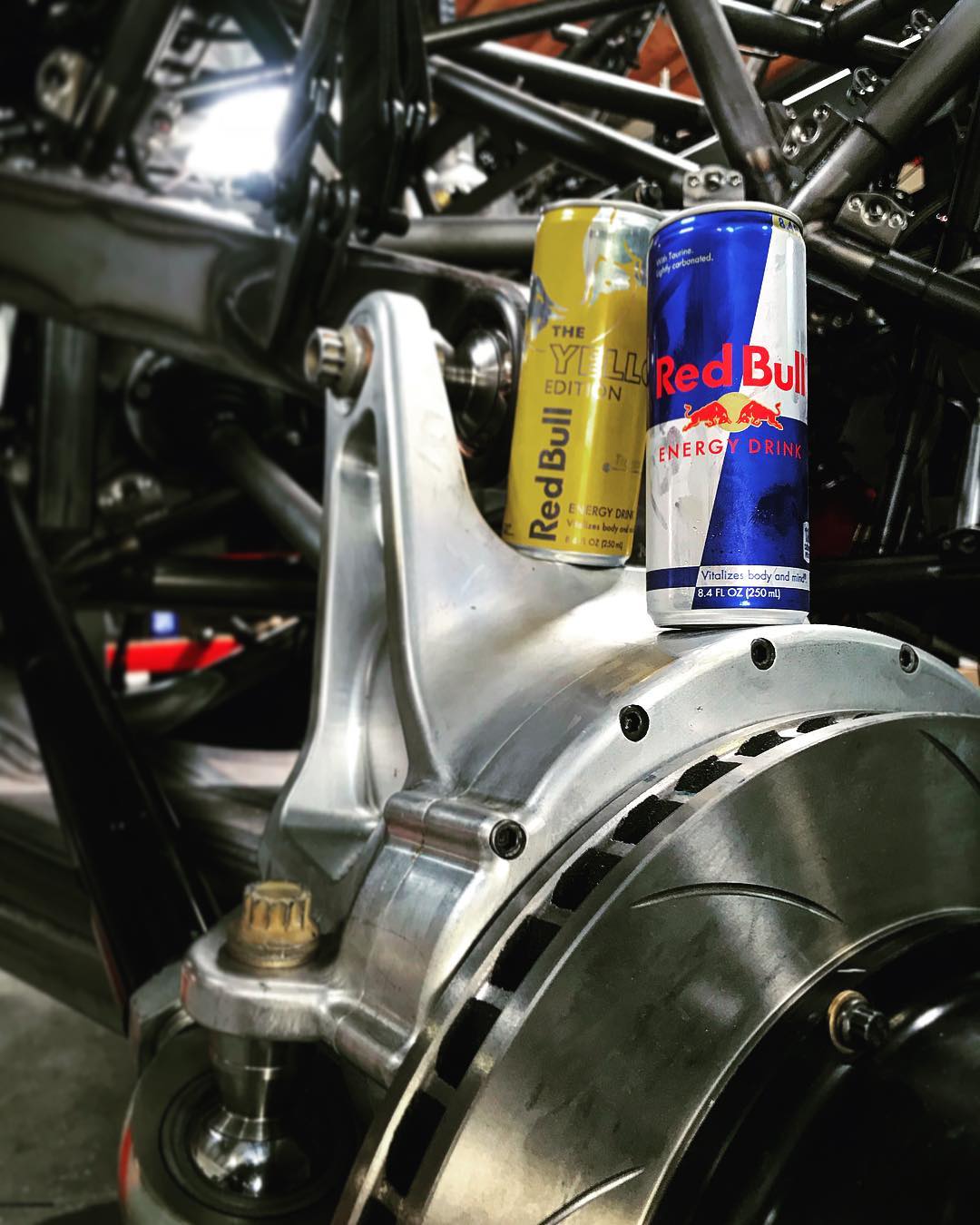