Nasser Al Attiya and Aron Domzala cars on vehicle pallets ready for there fly to Dubai for event.

Dont really want to hijack the thread, but dont want to create another useless thread again.

1st race of the World Cup - Baja Northern Forest was a bit of a surpise to some competitors. Disrergard the snow, ice, spiked tires etc.. It was the rules. Number of entrants kicked out of international event as cars did not have new fire extinguishing systems as per 2017 rules and did not have necessary padding on roll cage. Winner was d'qd after his suspension was found to have extra 5mm of travel due to a big hit he sustained early in the rally (same as Nasser in Abu Dhabi 2015). Funny enough, it was FIA tech that d'qd him, but Russian Championship tech kept his result for Russian Champ disagreeing with FIA. Yet to know the full outcome. On top, new registration system for FIA events (you need to register with FIA for the season before your first race) meant that some people did not do this (it was all fairly vague) and got no points for the WC - such as Zapletal and Vasiliev.

It is interesting to see what will happen at hthe Dubai Baja with all these new rules. 31 cars in total means a good one - Yotas, Minis, Peugeot of PH Sport + local contenders and a few guest drivers.


As part of Saluki Motorsport I am happy to say we are putting 3 cars into the race, 2 will be 2WD buggies and one is T2 Nissan Patrol. Probably largest independent team entry for FIA cars this year.

Wow, was not aware of that situation in Bussia and by FIA side specially!!
Not very wise, moreover considering that rally raid (or cross country) i not a strong world championship (in fact it is a world cup, not a championship).
Hope everything is sorted out for this weekend.

And for GEO and Dessert: GOOD LUCK IN YOUR BUGGIES AND TEAM!!!!
You are locals, more than ever you will have fun and hopefully have a good result!!

First speial of the rally.
As expected, Nasser flying.

Gret first stage by Dessert Dog, in top 10, and just 5 minutes from 5th position.
No news about Geo...

Above Desset, only Toyotas overdrive drivers, Al Quassami with the 3008 DKR and Zapletal with his Hummer.
Then 2 POlaris UTV (surprising performance by the UTV´s, or type of terrain??)

So here some pictures.
Thsi is the Trophy truck: 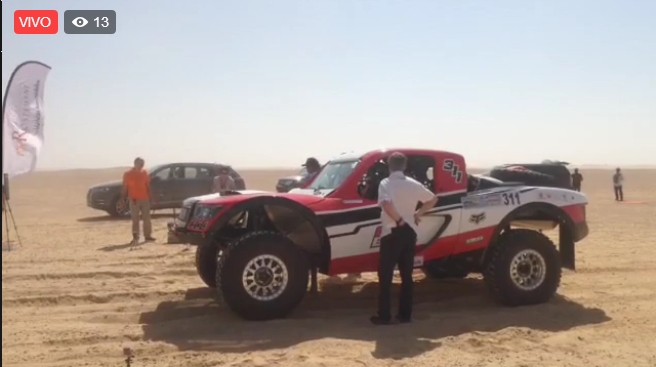 And this Dessert´s Predator, very modified from other Predators, at least in body!! 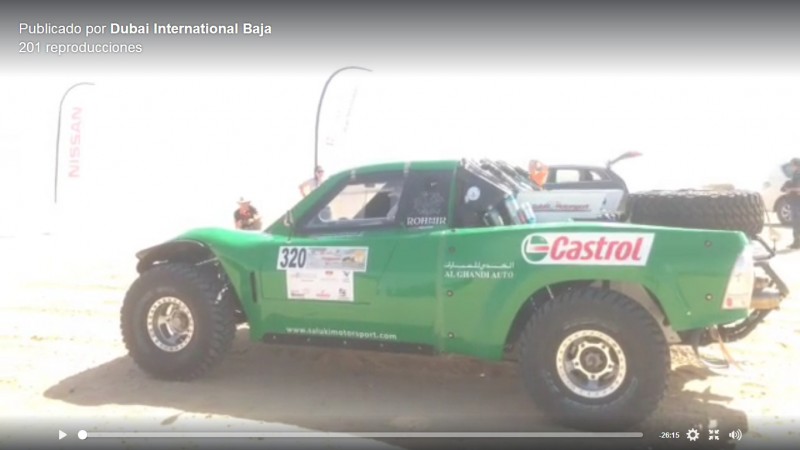 Nasser leading overall in Toyota with Sh. Khalid AL QASSIMI chasing him down in Peugeot 2008 DKR despite having incident 10km to end SS1 when the Jack arm fell of the vehicle. Dessert Dog lost a bit of time on second stage but still in it. Unfortunately Sam Sunderland in Bikes has has had to retire for mechanical issues with front sprocket.

Waiting for your rport.
You did really well on SS1, surely problems on SS2 & 3, but at least you made it to the end!

Mark, Geo, We are anxiously waiting your report!!