I was just down there for the Mexican 1000 and it didn't look close to reopening to me. They have a free road that goes inland, up on a mesa, and then drops back down to Mex 1. It isn't necessarily a whole lot longer distance wise, but it is twisty two lane so if you get behind a semi truck it can take a while, particularly if you are pulling a trailer. Personally once I am over the border and out of Tiajuana I'm not in a hurry anymore so I didn't mind too much.

And if there's an accident like there was when we got to that section heading the the Mexican 1000 it could really put a delay on your trip. We got held up about an extra hour but there were others there that had already been there an hour or more. You could bi-pass it altogether by going through Tecate but I don't think that road is really any faster

It will take YEARS for the toll road collapse to be repaired.
Armada Engineering 1098, Scully Engineering Contractors, Inc.

They are targeting reopening the road sometime this fall.

So let's say you do jump on the toll road, is there a diversion at some point where it will redirect you to the free road?
www.daileyengineering.com
www.hondaoff-road.com

pdailey said:
So let's say you do jump on the toll road, is there a diversion at some point where it will redirect you to the free road?
Click to expand...

at La Mision - KM 60ish
diverted to free road.
There is a manned barrier there, and those going to Bajamar and other places south of there are allowed to pass.

--mile wise with the detour its about the same. Time wise maybe 15 minutes extra if no delays or slow cars. 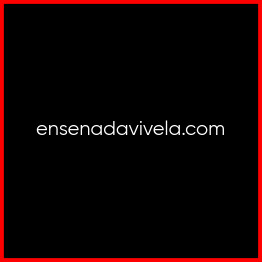 the detour is at KM 65, 29 KM south of the Rosarito toll booth

I didn't think the detour was any big deal when I went down to Ensenada for NORRA. This was a Friday afternoon. Unless there is an accident it only adds a few minutes to the trip and is actually a pretty nice drive IMO. Plus you get to save a few pesos on the last toll, haha!
Necesito más cencerro

Geoff from Bajabound did this video of how to use the free road to get to Ensenada. Here is a sat shot and you can see the damage to the surrounding terrain.....not good.
Tranquilo, Bro, tranquilo

Chris_Wilson said:
What km is Baja Mar? Wondering how far it would be to get to Ensenada if you stayed at Baja Mar for the 500.
Click to expand...

Typically, Baja Mar wouldn't be too bad of an idea to stay at for the 500 or the 1k. But when you have the variable of having to deal with the detour, I think I would stay away from Baja Mar until the toll road is open.

The Rosarito to Ensenada bike ride went along Hwy.1 thru the land slide area and from what I'm told (i don't ride 2 wheels unless it has an engine) the Hwy.1 isn't even close to being ready, like a long long time off, maybe a year.

The "detour" onto the free road is actually a really nice drive, very scenic (not fun at night).

The sketchiest part of the free road is exactly where it ties into Hwy.1 just south of the last toll booth. The intersection you come up on is a 3-way, left-straight-right. You want the the straight/center. No biggie if you go right, just flip a U by the booths and head back south. But the left is kinda deceiving. It's the oncoming 2-lanes going northbound. I was following a tourist car there months ago and he went left there into oncoming traffic. I continued straight hoping he figured it out before a head-on.

Chris Wilson - you could do Baja Mar, it's only about 5 minutes south of La Mission. And there's a little short cut over to the free road if you (heading north from Baja Mar) exit 1 at the Pemex and down the smooth dirt road into the La Mission valley. Of course it adds a little time getting down to Ens., maybe 25-30 min from BM without traffic. But like MattB says, variables.

I don't know where the accident happened as people were heading south for Mex1k, but there is a paved route about 1/2 way down the free road called El Tigre that cuts over to Guadalupe Valley. Possibly an escape. And heck, nice drive too.
Tim Morton

bajaxp said:
They are targeting reopening the road sometime this fall.
Click to expand...

There is a plus.....ya get to skip out on the last toll both!!! Think of all that money yer gonna save!!
www.MissingLenkMotorsports.com

Free road is no big deal. It lets out right at my house in San Miguel (the last toll booth into Ensenada.) I usually take it home instead of the toll road.

But if you are worried about backups from a wreck or semi's in La Mision on the cliffs. I suggest entering Baja at Tecate border crossing & taking hwy 3. Or enter at Otay Mesa, take hwy 2 to Tecate & then take hwy 3 to Ensenada.
CRAWLfish Racing TTB racing Jeep 2.3 turbo
www.socalraceshop.com custom race suits, tents, banners, wraps, stickers and more
You must log in or register to reply here.
Share:
Facebook Twitter Reddit Pinterest Tumblr WhatsApp Email Link
Top