Some of Crandon's most unique buggies

CJ when he was just starting to get good I always liked this buggy, though the results weren't there Where are the pic's for the Gillman's ???? Scott Gillman's Funco ..... One of off road's great stars that graduated to bigger(more profitable) things. Mears,Johnson, and Gillman. 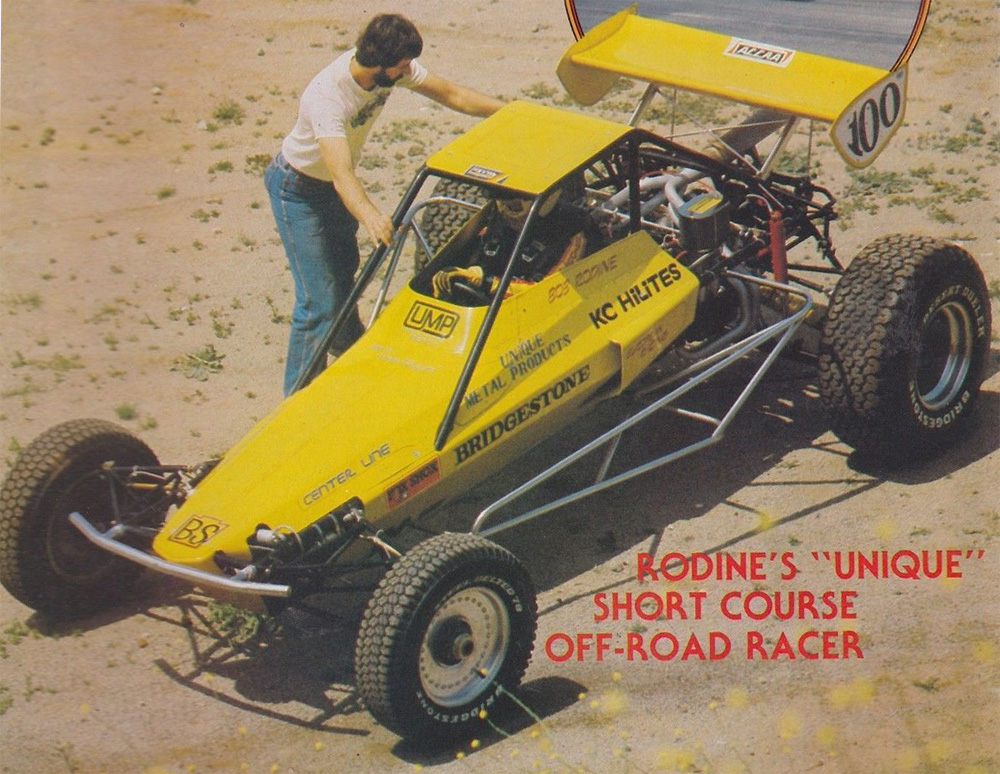 There is nothing self-serving when we get to see the cars that truly established short course racing in the Midwest. And a small reminder to my West Coast buddies, if the Midwest didn't promote short course races , the sport wouldn't be anywhere near what it is today. My favorite car that I could afford! lol
Thanks! Trent

My favorite car that I could afford! lol
Click to expand...

What's the story on the car? It looks like a Scott Taylor frame.

Yes it was a Protech that Mike Paulson owned. We bought it from him and then Chuck Johnson helped with suspension a year or two later. It then was sold to the Johnson's up in the U.P.
Thanks! Trent

This was my favorite that I drove. Trent, if memory serves your car was a Protech chassis that Taylor orchestrated. He had several versions of chassis he raced even more in the Limited classes.

retroblazer said:
There is nothing self-serving when we get to see the cars that truly established short course racing in the Midwest. And a small reminder to my West Coast buddies, if the Midwest didn't promote short course races , the sport wouldn't be anywhere near what it is today.
Click to expand...

I don't think this is true at all. Most of the chassis that raced in the Midwest were built or designed on the West coast. Chenowth, Funco, Raceco, all came from the West coast. Chaparral came from Phoenix, AZ. Can't really recall any name brand buggy chassis that completely originated in the mid-west. And for the racing formats, I honestly believe that most of the basic formats came from SCORE or Mickey Thompson formats. Numbering, classes, tech inspections and the like. Happy to give credit where credit is due, but, most all the pics posted, look like west coast cars. back in the 70s, 80s, and some of 90s. racer bought a chassis from a builder and then actually built the rest of the "hot rod". Then something changed in the industry/sport, suddenly you couldn't purchase a buggy chassis like you could before. It seemed like it was either a turnkey built racer or a well-built "roller." I think the point Chris was making was the was a time gap when Mickey's stadium series ended and the West Coast "short course" series of the 70s and 80s dried up, Riverside became a mall, but back in the Midwest SODA/CORR and MAORA was strong keeping short-course very viable. The Baldwins brought short-course buggy racing back into the forefront out West in the mid 2000s by bringing the Midwest form of short-course to Chula Vista (heck it was even stated in the CORR mission statement) and later LOORS took the torch.

Again all along Midwest buggy racing has always been fairly stable throughout the last 40 years. Sure back in the day Phil's Inc. sold Funcos, Chenowths, and Hobrecht chassis from the West Coast, but the cars were built and campaigned in the East, Midwest, and the West.

Taylor and Probst built complete cars, as Berrien (Michigan) and Pro-Tech (Missouri) produced and sold frames that were designed by the well-known racers from Illinois. Which later led them to the world of trucks.

The buggies that were coming out of the MIdwest in 1600 Buggy (1/2-1600) in the 80s and 90s were true short-course racers not converted desert cars. Not just engine development, but many chassis and suspension innovations came first from the Midwest.

The development of the Super Buggy (class 10) air/coilover cars definitely began on the West Coast, but Jeff Probst began work on his ideas in the 80's just like Funco and Chenowth. Since then West Coast Builders definitely have a handle on the modern day Super Buggy.

After "getting on my soapbox" it really isn't a Midwest v. West thing. It took everyone to get were we are today.

Now if you want to discuss PRO-Lite, PRO-2 and PRO-4 you better concentrate on the Northwoods of Wisconsin, San Diego, and a family in Arizona. It really began in the Northwoods and expanded West , but that would be another thread.
die hard off-road supporter
Share:
Facebook Twitter Reddit Pinterest Tumblr WhatsApp Email Share Link
Top