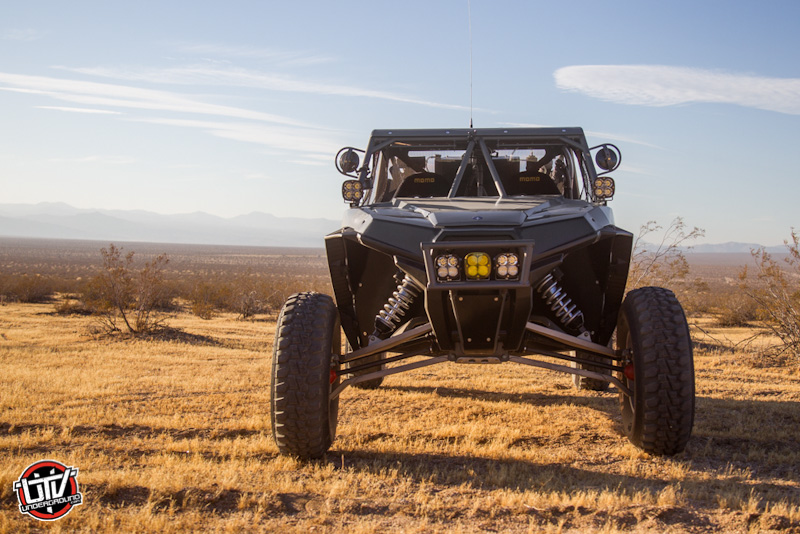 When we first laid eyes on this new Magnum Offroad Race Chassis prior to the start of the 2015 Baja 1000 we knew it was going to become a popular and succesful chassis design. The machine in its first contest ever at that Baja 1000 took home a 4th place finish and established that not only was this a new and innovative race vehicle a good looking machine but it was also well thought out and competitive. Unfortunately, it has taken us until now to be able to catch one of these unicorns before it hit the dirt and get a feature vehicle story done on it. This is Magnum Offroad MX-1 Polaris RZR #3 and its the most sophisticated one yet!

Magnum Offroad is based out of Vista, CA and has been in the UTV game since 2006. Many of the faithful, or dare I say O.G. UTVUnderground.com readers and members, are very familiar with the history between UTVUG and Magnum. Magnum Offroad is very much a part of the UTVUG DNA and helped put us on the map by collaborating with us on our very first UTV build, the notorious “FatRod”. More than a great working relationship, both Dan & Mike Rosenzweig (owners of Magnum Offroad) are great friends and amazingly talented designers and fabricators. Those who know Dan know he is probably one of the most detailed designers in the game. His simplistic yet functional designs have inspired trends in the sport for years and Mike’s ability, along with the full and talented staff at Magnum, to bring Dan’s visions to life are nothing to be ignored.

We hope you enjoy drooling over this next generation of UTV race vehicles. We expect to see more and more of these in the deserts of Baja, Nevada and California very soon! 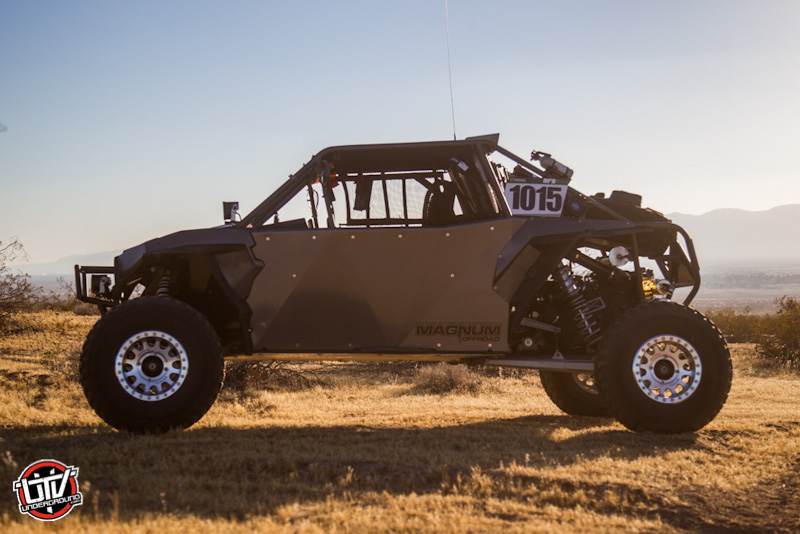