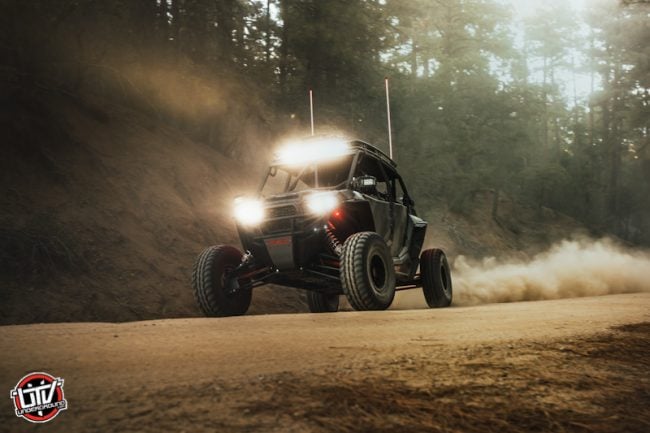 It’s common for aftermarket companies to pick up a new UTV and build their own machine to use both for display and R&D. Many choose to keep it simple, while others go all out in hopes of using the vehicle not just as a marketing tool but as a show stopper. When RIGID set out to build their very own show stopper, they went all in!

A few of us are still around who remember RIGID as the aftermarket UTV company from Arizona. While most only know them as the off-road LED Lighting company, I think it’s important to remind people that RIGID is very much a part of the UTV DNA that helped spark our sport and industry. Prior to their launch into the LED market, RIGID built custom Rhino’s and sold aftermarket parts and accessories. The founders of RIGID were very much enthusiasts, they built their own machines and were one of the early pioneers selling goods to help you trick out your UTV. Fast forward 10 years and RIGID is synonymous with quality off-road lighting and the RIGID brand single handily changed the way off-road enthusiasts and racers Own the Night. 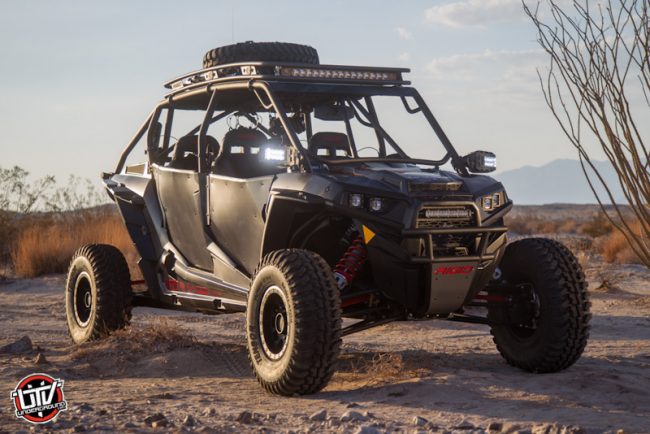 Prior toRIGID, you either ran incandescent or HID lighting on your off-road vehicle. HID was the lighting of choice but it put a massive strain on the smaller charging and stator systems that were used in UTVs. To this day, amperage draw is still a concern for UTV enthusiasts, but we do not have to worry about how many lights we can run on our machines thanks in large part to the innovations by RIGID. When RIGID launched their LED lighting they were met with criticism and skeptics from all over the sport and tried their best to discredit the emerging LED technology. What could not be argued were the amperage savings on your system and the overall look of the products. Move forward into the present and vehicles with big round HID lights look like they are behind the times and when those of us choose to run a newer round style LED light, we are doing it togive our machines an “old school” look. RIGID transformed the way we built our machines with lights and how we enjoyed the night. Today, you walk down the line of race vehicles at any major contingency or starting grid and you will be hard pressed not to see one with RIGID LED’s on it.

RIGID has built numerous machines over the years to display and showcase their products. But for 2017, RIGID wanted to go beyond the basics and build a machine that not only showcased all of their new UTV offerings but was also capable to take off into the unknown and have some fun alongside their friends and customers. What they settled on was building up a 2016 Polaris RZR XP Turbo, the most popular platform in the UTV market. RIGID partnered up with the custom kings of UTVs at UTV Inc., also located in Arizona. UTV Inc. is known for their high qualityproducts and their line of parts & accessories is the deepest in the sport. UTV Inc. and RIGID developed a plan for building out the machine you see featured here, leaving no detail untouched. 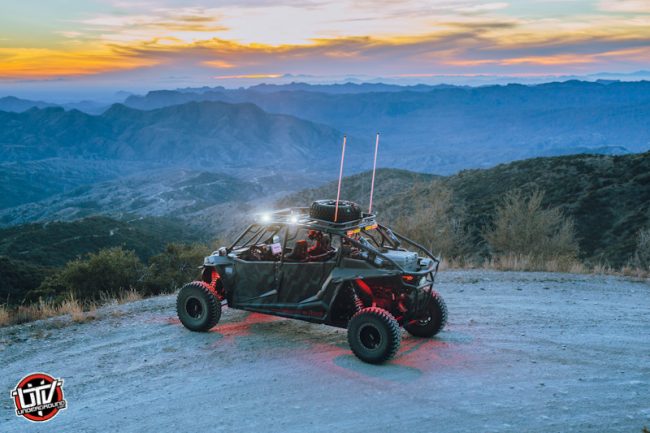 Beyond all of the cool billet mounts, interior detail and cage construction, UTV Inc. incorporated just about every new and existing RIGID product into this build. With that being said, each particular light is not just a space filler but each light serves a particular purpose. The new RIGID Reflect Mirrors stand out as one of the “trickest” parts RIGID has innovated over the past few years and incorporates a functional side view mirror in with an ultra bright LED light. The NEW RIGID Chase rear facing LED light was used in a pattern to mimic a rear light bar set up and showcases how you can use the products tocustomize your taillight and chase light configuration, with added benefits of a strobe, reverse light, and a downward facing cargo lamp. RIGID also showcased their affordable Radiance line of products both on the roof and in the RZR headlight replacement kit. UTV Inc. also incorporated the RIGID Ignites into the custom rack on top of the roll cage for area lighting. From there RIGIDutilized a host of dome and rock lights to give the machine a cool custom red glow throughout, something we all love to do on our custom machines. What resulted was a cool, custom and very trick looking RZR!

Beyond all of the RIGID products, a host of quality aftermarket accessories were installed to ensure the machine was as useful as it was cool looking. PCI Race Radioswere installed for car-to-car and helmet-to-helmet communications. A Lowrance GPS will keep the team on course and a Rockford-Fosgate stereo system will keep the party going all night long. With all these electronics being pushed through the factory charging system, UTV Inc. went one step further and added their own bolt on alternator system ensuring that the team could run everything all at once without fear of ever killing their battery. 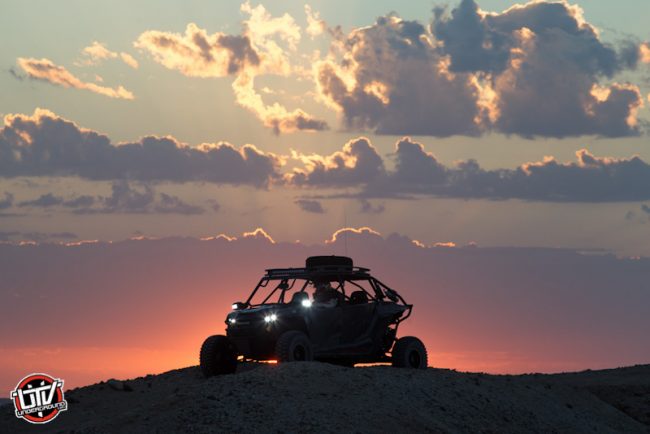 We are very impressed with the detail and craftsmanship that went into this awesome machine. If RIGID’s goal was to build a show stopping and capable off-road machine then they nailed it! Keep an eye out for it at events all over the southwest in 2017, like most things, its always better in person!