I bought our 7200 truck from Gary Turner about a year ago. We have had our share of lessons as we have learned how to both drive and prep the truck. For the Silver State 300 our team finally came together and pulled out a win. What a great race! This was my co-rider and I’s first solo race because my buddy that usually co-drives for me was still out of commission from his V2R crash. He keeps telling everyone that I benched him. It was the doctor that actually benched him. Anyway, things went really well for the most part in this race.

We started the race 2nd off the line behind 7253. It took about 20 miles to run them down. I managed to get to within about a car length and had the siren on, but they kept running. I eventually had to back off or risk wrecking. I caught them again at the road crossing, but they ran again. I am learning that patience is a virtue. Finally, at pit 1 they stopped and I had clean air. We stayed in front into pit 2, but had to stop for fuel. Just as we finished, Al Hogan went by in 7226. I pulled out right behind him. I tried to keep pace, but Al was gone. He was absolutely flying.

When we had fired up the truck in the morning to head over to the start line, the transmission fans would not come on. My guys then wired them straight to the battery so that they would just stay on. That was great until we were playing with our second fuel pump and it quit working and shut down the truck. When we went to fire the thing back up there was no power to starter. It turned out that the battery connection had come loose where they tied in the transmission fans. We tightened it back up and were able to get the truck running again, but the batteries were about shot. I think one was dead from the get go and it killed the other. While that was going on, 7286 came in behind us and got hung up. I don’t know whether he just got stuck or had a flat then got stuck or what. We tried to push him out, but it wasn’t going to happen. They started digging or changing a tire or something, when we noticed the loose battery connection and were able to get started. While we were getting back in the truck 7286 took off around us and 7206 went by as well. I honestly did not think we would see them again. I never did see them, but Brad told me that we passed 7286 on the side of the course at some point.

We saw the smoke of a car burning for about 10 minutes before we got to it. When we got to the spot where the course was closed for Al's crash, we were fourth in line right behind 7206. I could not shut off the truck for fear that it would not restart. We sat there for what felt like an hour driving back and forth on the course with the BITD officials trying to figure out what to do. I really hope that Al and his codriver are OK. It made me sick when I heard that it was him and what had happened. It made me even feel worse to see it. They were still putting the fire out while we were sitting there. It got a little chaotic as everyone made their way around the downed power lines and emergency vehicles. We got stuck on the hill going around. We managed to get moving again and tucked ourselves in right behind 7206, where we were supposed to be. We speculated a bunch about how things were going to go once the race was restarted. We were scheduled for a full pit stop at the BFG pit in pit 4 that was only a mile or two away.

Eventually they then let us go one at a time every 15 seconds I think. We pulled into the BFG pit and it was fast. I mean it amazed me how quickly they got four full cans of fuel dumped, our camelbacks refilled and the truck completely checked over. Only one or two cars passed us during that pit stop. I heard later that the pit became a big silt cloud. It had already started when we took off. I can only imagine how bad it was once everyone came through. We ran for awhile before we started getting into someone else’s dust. Next thing I know, we came around a corner and there was a pink buggy laying upside down off to the side. We stopped to make sure that they were OK. They were OK and asked if we could get out and help them flip it back over. Sorry, we couldn’t help more but that was our race right there because we knew that the entire class was chasing us at that point. I don’t know when we passed 7206, but they must have been out somewhere along the way.

The rest of the race was fast. We had clean air and we took advantage of it. We were running about 100mph down to the dry lake and it looked like the ocean with a layer of fog sitting on top. It was pretty surreal. Once we got to the other side of the lake bed the silt was hanging and visibility dropped to nothing. We had marked a silt bed on the other side and managed to work our way around that. There was another truck, looked like an 8, stuck in that silt bed. A quad was racing out ahead of us and we had to go slow from there to the finish because I couldn’t even get close enough to see what it was until we crossed the finish line. The last thing I wanted to do was hit a big rock a few miles short of the finish and end our day that close. I was a surprised as anyone when they handed us BFG Winner hats. I would say that it was a great race except for Al’s crash. I did not make it to the awards because we did not want to drive all the way back to Mesquite, then back to Reno. I just called Diane at BITD to make sure we won and Casey was on the phone with Al breaking the news to him that he has to pay for the power pole that he knocked down. Ouch!!

A huge thanks to my team and BFG. You guys won that race for us by being fast. We had no flats despite hitting a lot of rocks. Also, I need to give a big thanks to Amsoil and everything that they do to help our entire Torchmate Racing team. TrailReady and Howe Performance make parts that we can’t seem to break either and that makes a huge difference. Thanks to Casey, Diane and the whole BITD crew for putting on another great race! I don’t know how you manage to pull it all off.

Congratulations guys! I have been routing for you in all the races.

congratulations on the win, its nice to see that the ex craig turner truck has plenty of fight left in her

Great Job Bill and congratulations. We had a pretty good day but couldn't run you guys down. We blew two belts and had two flats, our first flats this season running the awesome BFG's. We managed to put our 7241 Mason Motorsports truck on the podium with a third place and we're very excited. Good racing and see you in Henderson!

Congrats on the win, I bet that truck gets faster and faster with the team you have!!

How did Al Hogans truck fare, is it a complete loss? I am glad they are ok!!

hey do you have any photos of the truck...???
I used to go down almost every week and work and prepp that truck
loved it!!! very fast truck!!!

"Winning isn't everything, it is the only thing"

Here is a picture I took of your truck on the Podium. It came out a little dark, but thought I'd post it up for you to see anyway...

Great job, Torchmate Racing!!! I know how hard your team works before, during, and after every race. I'm sure the sweet taste of victory tastes better than it ever has.

nice work team torchmate, bill, greg and the entire team.....congrats..........i used to believe the first win is the toughest.........until i havent won since, jajaja...........good luck in the future!
I RENT trophytrucks and bajalite trucks for all races in north america...BAJARACINGADVENTURES.com
S

Samco Fab said:
How did Al Hogans truck fare, is it a complete loss? I am glad they are ok!!
Click to expand...

From what I could see there was most of a rear fender in the desert and a blackened chassis sitting on the ground with power lines on it. I think they are lucky to be alive.

Thanks for all the comments. Desert racing is not an easy egg to crack. It takes a lot of experience and teamwork. I'm proud we won and happy to be part of the Torchmate team. Bill did a great job driving, I can appreciate the amount of focus it takes. I have no idea how he saw in the dust and sun. Here are a couple more pictures of the truck: 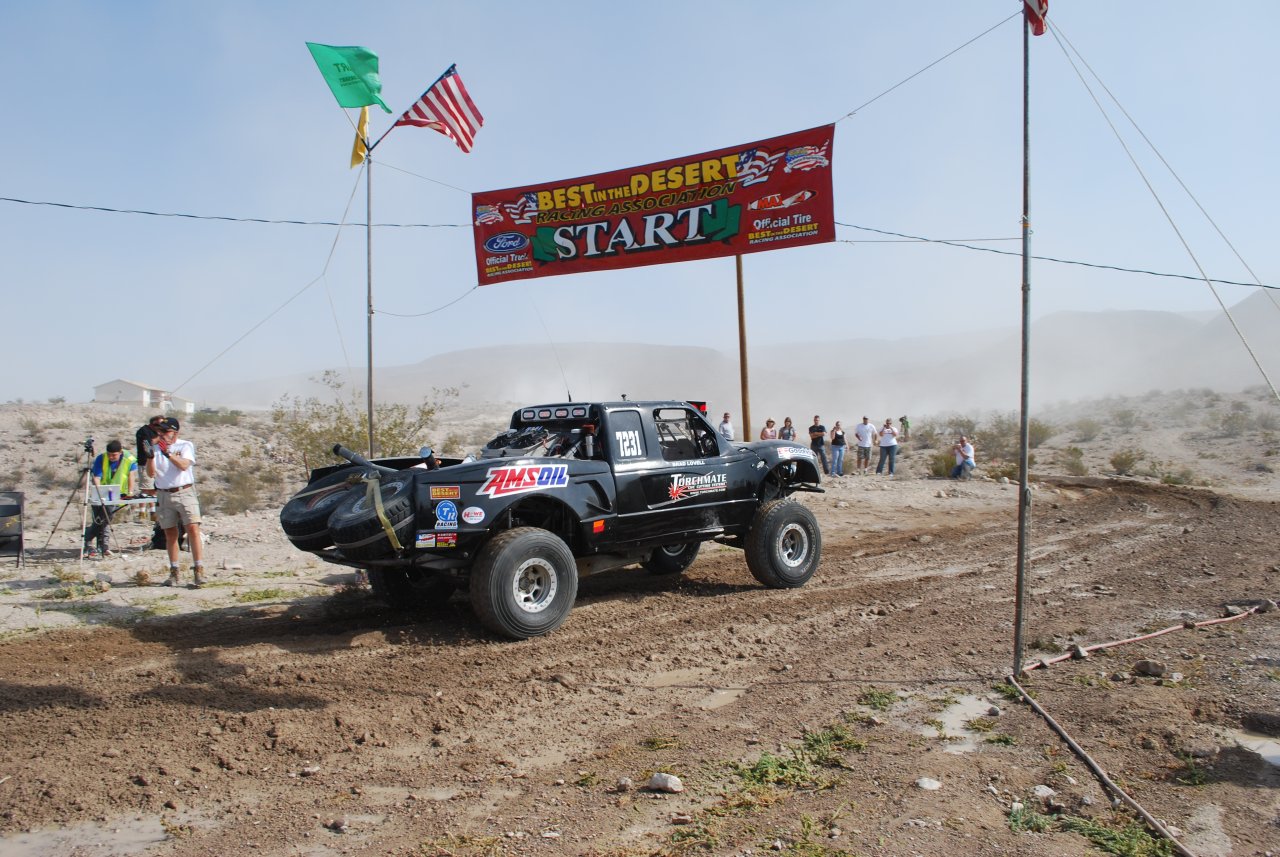 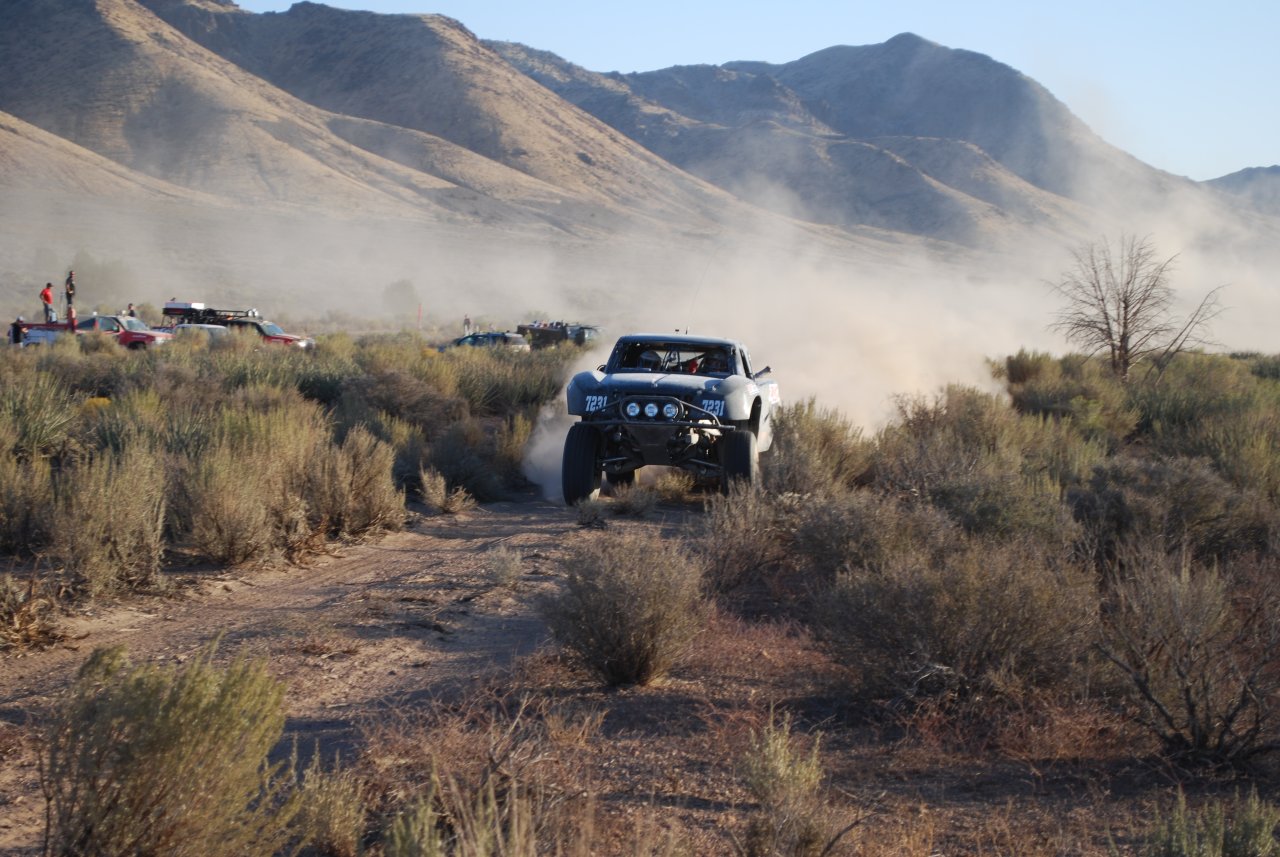 SuperRanger said:
From what I could see there was most of a rear fender in the desert and a blackened chassis sitting on the ground with power lines on it. I think they are lucky to be alive.

Thanks for all the comments. Desert racing is not an easy egg to crack. It takes a lot of experience and teamwork. I'm proud we won and happy to be part of the Torchmate team. Bill did a great job driving, I can appreciate the amount of focus it takes. I have no idea how he saw in the dust and sun. Here are a couple more pictures of the truck:

definatly takes practice and skill to be a successfull off road racer... my first time out driving our truck wasnt that easy.. well hopefully your season goes well!

b-town boy said:
definatly takes practice and skill to be a successfull off road racer... my first time out driving our truck wasnt that easy.. well hopefully your season goes well!
Click to expand...

Well said, Bill will love me reminding everyone that he is the one that endo'd this truck at last years Henderson PRE-FUN RUN!. That is a hell of a learning curve.

Bill, you and your team are a great addition to Class 7200/6 and the Desert Racing Community. You told me that after 100 miles in the truck you sometimes wanted to shoot yourself. Now you know the answer to the problem.....100 miles isn't near enough
TR Racing Wheels, BFGoodrich Tires, KING Shocks, Impact Safety, KC Hilites, Weldon Pumps, Motive Gear,

Thanks for pointing that out to everyone Larry! And just when I was starting to think that you were a good guy. Good ole' TR stickers may have to remain on that back fender. Here I thought about pushing you forward on the truck.

I got your email earlier today. Sorry that I did not get back to you. I will try to give you a call or shoot you a note tomorrow.
Torchmate #7231 & 703
Thanks to Amsoil, BFGoodrich and Ford