How are the 3 ton jack stands? Or would craftsman be better? Just a few bucks more.

tyler93 said:
How are the 3 ton jack stands? Or would craftsman be better? Just a few bucks more.
Click to expand...

I've been in my fair share of off road shops and one thing I have noticed is no matter how cool the shop is, no matter how expensive the vehicles are that are in it, there is always a set of HF Jack stands in there someplace...
If laughter is the best medicine, I am part of its corrupt pharmaceutical lobby
UNDERGROUND R.A.DESIGNS ORANGE ARMY SOLDIER LEMONS RACER CAMBURG FAST-aid WTAR

DBMETALWORX said:
16ga. air nibbler is absolute garbage.. Went through 3 of them in 2 days, cutting 22ga.
Click to expand...

Rivet gun is a POS. Worked about half a dozen times then wouldn't cut the pin and release. Went to Sears....
Tranquilo, Bro, tranquilo

tyler93 said:
How are the 3 ton jack stands? Or would craftsman be better? Just a few bucks more.
Click to expand...

If anything get the 6ton and your better off.

NIKAL said:
Funny story a few years back we were camping at Superstition and something came up about tools. I mentioned that 90% of the tools in my tool box that I keep in my motorhome came from HF. Well a guy in our camp made the same comment that HF tools are junk and he would rather not have the tool then have crappy HF tool. So later on during the weekend he was having a issue with his buggy and was needing a pair of snap ring pliers. The only person in our whole group that had some was me. When he came asking I told him I had some, but I doubt they would work for him as they were from HF, and I knew he would rather not have a tool then use a HF tool. So I asked him if his buggy was done for the rest of the weekend. He said well if those HF pliers dont work then I am! 20 minutes later he came back and said they worked and he was good to go. He later thanked me for letting him borrow my snap ring pliers and said sorry for dogging on my tools.
Click to expand...

Have almost the same story.
My RV is stocked full of HF stuff I plan on never using. The story I have is the BIG 50A fuses that are used on Funcos. I bought all the small things and four years later I gave a BIG HF fuse to someone and rescued them.
Tools I use 95% of time are not HF, but you cannot beat the small cost to buy the things you hope you need once or never need.
I have thought about checking myself into the clinic for Tool addiction.

I absolutely hate everything about HF. For the most part, anyone that buys anything from there should be slapped in the face. Everyone knows their stuff is junk. Has anyone though about the amount of waste and landfill space that company alone uses every single year? I'm not at all the tree huger type but making garbage should be illegal!! 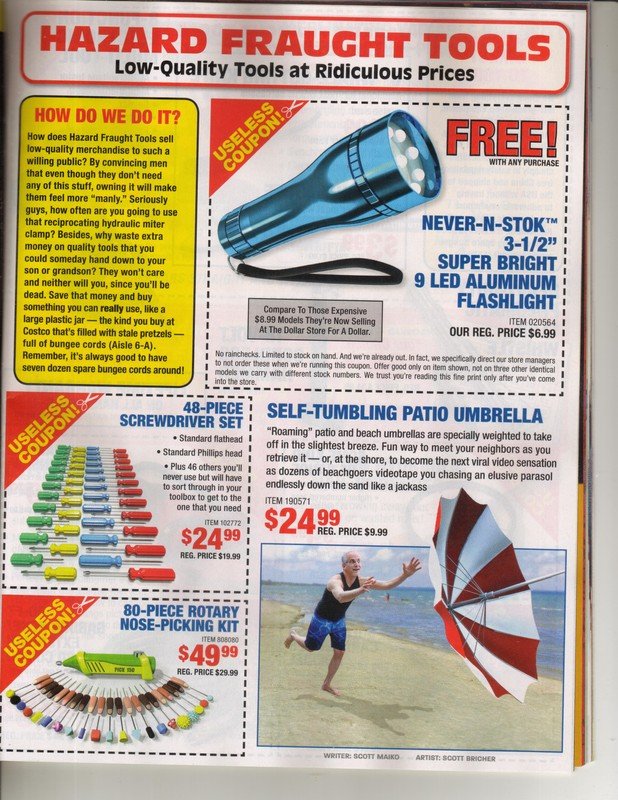 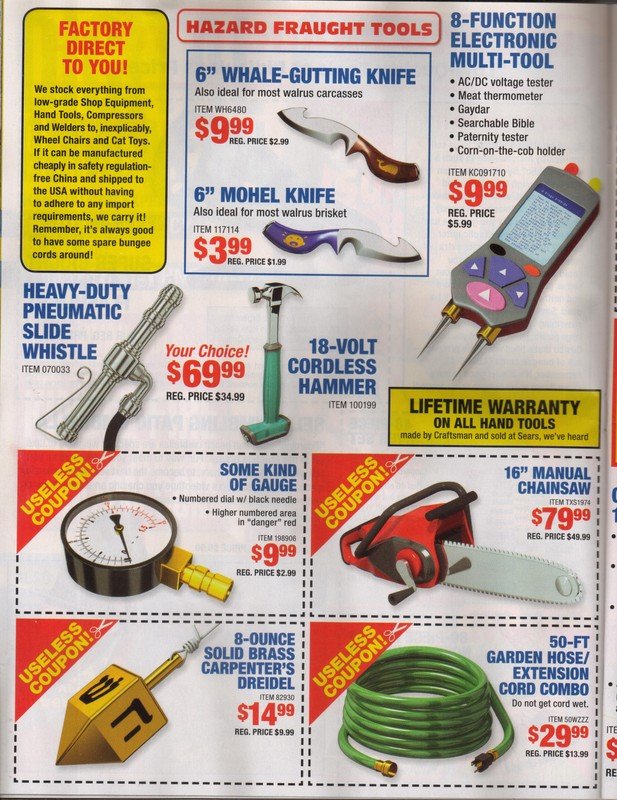 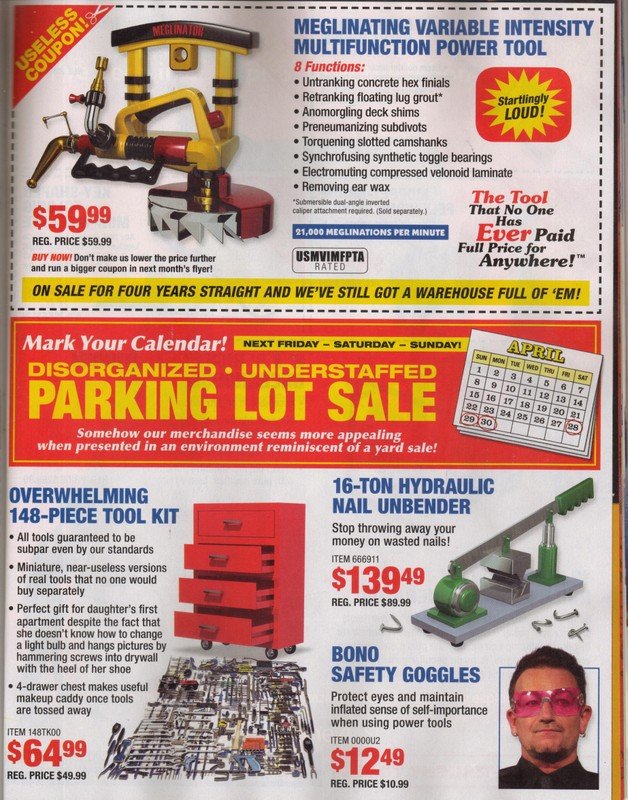 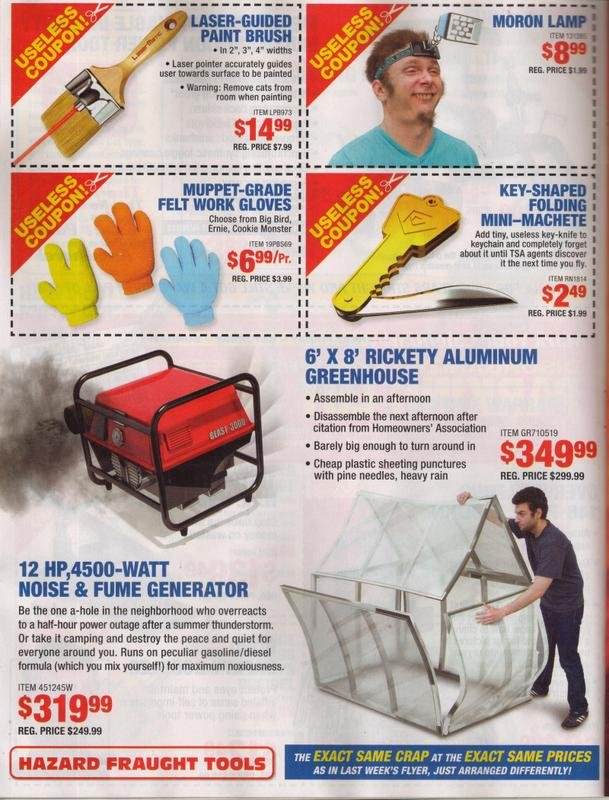 That is seriously one of the funniest things I have seen in a long time.