I have a homework assignment for everyone on RDC.

Assume there is zero limitations/barriers....

How could we profoundly grow the offroad culture? Not just racing.


For example....if offroading was mainstream accpeted AND responsible it would be 'cool' to dual purpose the land we use for energy generation (pipe line roads, solar farms, mines, watersheds) for recreation and investment.


My only request is acknowledge NO limits. Assume unlimited resources.

And take all individuals out of it.

Assume everyone was working together.

This is NOT an exercise in futility.

get rid of the lawyers first
Advertising supports this site

What is the objective for this exercise?
"profoundly grow the offroad culture" to me personally is too vague.

and
How do you measure the success?
It doesn't have to be this way
​
D

Klaus said:
Epic.
I like where this is going.

What is the objective for this exercise?
"profoundly grow the offroad culture" to me personally is too vague.

and
How do you measure the success?
Click to expand...

The objective for the exercise for me is a result of me feeling an innate obligation to make a difference, truly loving this culture, seeing a path to potentially remove barriers, and finally having the clarity that no individual can have the creativity, ability, or fortune to make generational change, but a community can move mountains in a day.

This has some SEMA vibes to it.

SEMA is very into following vehicle modification trends and has a pretty good handle on where off-road accessory purchasing will be in 1, 2, 5 years, etc.
To me, this is a great indicator of public interest in off-road. Follow the money, etc.
Deathwish Racing
-Class 2000 (2019 MORE Champion)
-Class 6100 (2023+)

Will I need a passport?
Dunn Tech motorsports, Checkers off-road #1007
B

Did the Martelli's hack Dave's account?
Advertising supports this site

We need to bring all the tribes together. The jeepers, the UTV's, the motorcyclists, the rock crawlers, the overlanders, the explorers, the rock hounds, the prospectors, the fisherman, the duners, the hunters, the racers, the campers, the star gazers; everyone who goes off road.
http://www.mikesracephoto.com -JNV R.I.P.-
"Know when to shoot...And when to Scoot"

Make a race reality show and get hot chicks. Have a race series that the cameras follow us idiots around doing stupid racing stuff.

Like Drive to survive, below deck, and Jackass all in one show.

I was told there would be NO homework.
Darren "KBFG 151.715 The Rock of Baja"
No moment is too big if you're prepared

Besides some of the obvious: promoters working together, spectator friendly races/tracks, and live timing; I think the largest barrier to entry as a spectator is having any idea what you are watching, either on TV (KOH & Mint) or in person. I'm speaking specifically on both individual racers and the overall story of the race at hand. I love to watch all sports and I do it almost daily in some form or another but I also love to read about the stories behind the game. I LOVE the NFL and NBA off season, sometimes the story lines there are better than what happens on the field. What we are missing in off-road racing is not knowing what each team is doing to get ready for a race or what they are expecting out of the race. When the race is live, the spectator has even less of an idea of how it is going. Some teams are out there just to finish while others are out there driving 100% for 200-1000+ miles and nothing but first is the objective.

I think it would be great if promoters or individual/company (fishjistics for example) is able to report on a race before it happens, very similar to what he does for the SCORE races already but even more in depth and more structured. As a starting point, I would love the entry list to be broken down and each entry is able to write about what they are hoping out of the race, what they need to go right and what they hope doesn't go wrong for them to have a successful race. I think making more information available to people will not only make the current fanbase more engaged but it allows noobies a chance to read about what they are going out to watch and where to watch and what to watch for.

Another thing is the history of this sport is not cataloged very well. They only way to learn the history of this sport is to be apart of it and spend countless hours on RDC and reading every post that comes up and try to ignore the BS that is in 95% of the posts. I'm thinking of a wikipedia but for off-road only. This would allow race teams to give detailed race reports and you can coordinate all those race reports and develop an entire story of the race which I think would be very interesting reads, even years after the race occurs. Right now, race reports are buried in instagram somewhere, in a random thread on RDC, or in the back of our minds slowly being forgotten.

We need events not races. Racing is the work/concert/etc we do at the event.

Figure out the EVENT you have success.
Jerry@camburg.com www.camburg.com
B

Make offroading NOT a crime. For 40 years now, the push has been to ban access and stop the recreational side due to the environmental damage claimed by the enviro folks. Most of their claims are false, over exaggerated, etc... but they are making a concerted effort on all their parts to push their narrative. We try to fight, but can't get together as a team and make it strong enough to counter their work. We also just assume that someone else (manufacturers, promoters, aftermarket) will just spend money to do the fighting for us. For many years we gave up lands we used to be able to recreate on that were closer to population centers in the name of helping save the environment only to later see those places become homes, towns, cities... Saved from us for what? It is hard for kids to do this sport due to access issues. As a kid, I could get home, jump on my XR75 and go ride and as long as I wasn't a moron close in to the neighborhood, the adults that could say something about it didn't. We lost that access and it hurts bringing new blood in since exposure to what, when, and how is critical to growing participation.
Advertising supports this site

coryanderson said:
or in the back of our minds slowly being forgotten.
Click to expand...

I've been lucky enough to race 2 Baja races and in both times, I forgot to bring the go pro. (

I know)
I remember telling myself "How the hell will I ever forget this?! I didn't need the camera!"
5 years later I can only remember the "key" moments. Prob explains why my youtube history is all incar pov

swiftracing5 said:
I’ll show myself out.
Click to expand...

Pull up a chair, take your coat off and stay for awhile 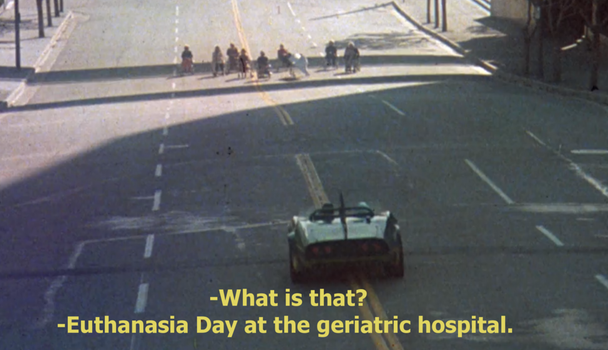 
it would prolly end up growing the UTV market the most .

As a fan I am always frustrated with the lack of information about what is happening at the races. I hear all these stories after the fact that are really interesting with great Drama. If you actually knew all the stuff going on during the race it would be crazy entertaining. Off-road racing is a total crap show behind the scenes. Way more drama than any other form of racing. With only 60% finishing you know there are great stories all over.

So for me in order to make it big you need to capture the real time drama. Or at least capture it then produce a well done reality show.

I really dont think the courses, orgs, venue, classes, etc..Really matter to the general public. They want Drama. The only way to get to the next generation is to give them the Drama and make them want to be part of it.

Getting racers to like it more will not move the needle. You need external engagement, then the racers will follow. Look at Street Outlaws and the events they put on now. The event followed the Drama.