Insight of a Support Crew Team?

RDC,
Can you interview, if allowed, the support crews day to day schedule during the Dakar Race. Radio comms, Prep stuff, sleeping, eating schedules, stuff that is not often shared normally. I want all the details, If they do have to do a full tear down. how long does it take and what spares are they bringing..?
Thank you
Lance
Reno, Nevada USA
Blessed is the family that gives birth to a Brewer and Maltster

All depends on your job, the liaison length, stage type, place of the bivouac (racetrack / desert / etc.), problems of that day. There is no typical schedule for anything. You sleep when you have the possibility and try to eat before the canteen closes. There are showers and bath area provided by the A.S.O. You can get food in a special canteen tent with a seating area. They also hand out lunch packs for the day. Arrival in the next bivouac depends on the type of assistance vehicle that you are in and the liaison length. Some start very early (6am) and some very late (9am). You normally arrive at 3-5pm at the next bivouac. Everyone will help building up the camp and then continue sleeping until the cars arrive or start his work (press tent / cooks / etc.). Canteen closes at i think 23pm, press tent officially at 22 pm. There is so much more to be told but it's easier if you ask direct and not so vague questions. I can at least answer them from a marketing/pr manager view.

Video of a typical meal in the tent

View of the bivouac.

One of the good things about the central bivouac area is that they are identical. You move from one area to the next and the mess hall / food tent is the same set out. You queue for your food, get your beer or wine, sit down and feed your mouth with your head slumped on your palm... Try to blag another beer from the occasional tyrant policing the food queue.... Get grumpy cos they don't let you have another one ( or vice Versa!).... Catch up with a few other competitors if you could be arsed..... Return to the motor home and start marking up your road book.... Think that you've got it sorted at ridiculous o clock and hit the sack.

Get woken up at 4 am with the Motor home now moving as the guys are trying to get it outside of the bivouac area prior to the cars starting from the bivouac gates.... (Supernumeraries are only allowed to leave after competitions have started), go back to sleep for a few minutes.... Get rudely awoken by your alarm clock .... Grab some cereal and milk... Don the gear again, stagger off to the car, try not to think about the day ahead too much.... Get into the car, wait for the countdown and off we go on a 250 km liaison section... Arrive at the start, have a pee, don the pampers, have a chat with some famous guys, and then you're off again hanging on for dear life and trying to make all the right calls.... as the navigator always gets the blame!

Good steaks at the bivouac though!
Mark

Desert Dog said:
Good steaks at the bivouac though!
Click to expand...

Seem like you got lucky on that one. My bivouac steaks were always rock solid.

Sometimes you are just grateful for what you have on your plate in front of you.... But I was impressed!
Mark

Mechanics are shattered, sleeping in the trucks en route.... And occasionally pulling over for a few minutes of sleep before they drop off at the wheel. @nohandslance - a very valid question.... There are loads of behind the scenes stories... Enough to occupy pages for the next three months at least!
Mark

Desert Dog said:
Mechanics are shattered, sleeping in the trucks en route.... And occasionally pulling over for a few minutes of sleep before they drop off at the wheel. @nohandslance - a very valid question.... There are loads of behind the scenes stories... Enough to occupy pages for the next three months at least!
Click to expand...

I had a great and still tiresome experience between San Juan and Chilecito. I was driving some journalists with a MINI ALL4. We had a flat on the support route after visiting a viewer point at the stage. We were the last vehicle on the support route, our satellite telephone didn't work and our spare wheel was somehow taken out of the car the day before. We drove 40 km slowly and constantly checking the tire through the desert to the next small village. We were able to buy a spare wheel and change it. Only 20km later the spare wheel was destroyed because MINI's somehow need a very special type of tire (something brake related, no real clue). We tried to call the bivouac but still no connection.

I tramped for 80 km with an Argentinean family in their car. Communicating with my broken spanish we reached a small police station. Tried to call the team in the bivouac but the connection in the bivouac itself was so bad that we couldn't call them. So they helped me even more and drove me till the first filling station in Chilecito. Not a very secure surrounding but the locals were great and helped me while i waited for someone from the bivouac.

Finally they were able to get my call, collected me from the filling station and we drove back to were the car broke down. Changed the tire and arrived at the bivouac at 2:30 am.

Just a small story. Nothing special if you compare it to the rally but the simple generosity and helpfulness of the locals made my Dakar.

Are team logistics usually handled by a Team Manager or is there someone just for the logistics of what and who has to be where planning?
When it comes to mapping/navigation do many teams use anyone who has talent in this area to help the navigator or team in general know how to route the race cars or service vehicles each day?
Besides mechanics and the already mentioned PR person, what are some of the other roles/jobs that a person could have on a Dakar team?
Thanks for the info, we always hear about the Drivers, but I think the support people deserve much more attention and credit than they usually get.

oneleglance said:
Besides mechanics and the already mentioned PR person, what are some of the other roles/jobs that a person could have on a Dakar team?
Thanks for the info, we always hear about the Drivers, but I think the support people deserve much more attention and credit than they usually get.
Click to expand...

oneleglance said:
Are team logistics usually handled by a Team Manager or is there someone just for the logistics of what and who has to be where planning?
Click to expand...

At X-raid there is a logistic manager, a car pool chief, a sport team manager and Sven Quandt as the overall team manager. Pretty much everything is planned before the rally. You receive an exact schedule for the days before and after the Rally which includes who is where, when, doing what, and with which vehicle. During the rally everything regarding schedules is discussed in the daily team meeting. 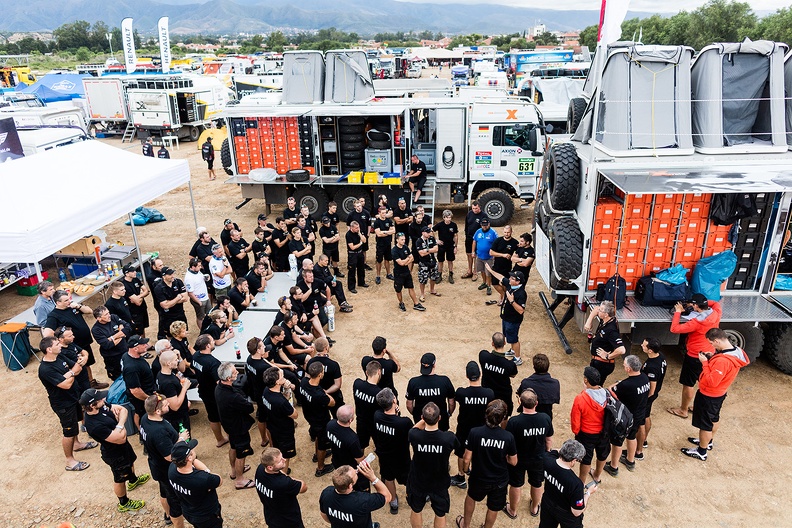 oneleglance said:
Besides mechanics and the already mentioned PR person, what are some of the other roles/jobs that a person could have on a Dakar team?
Click to expand...

But there are also some people who stay at home like HR, finances, marketing, administration. 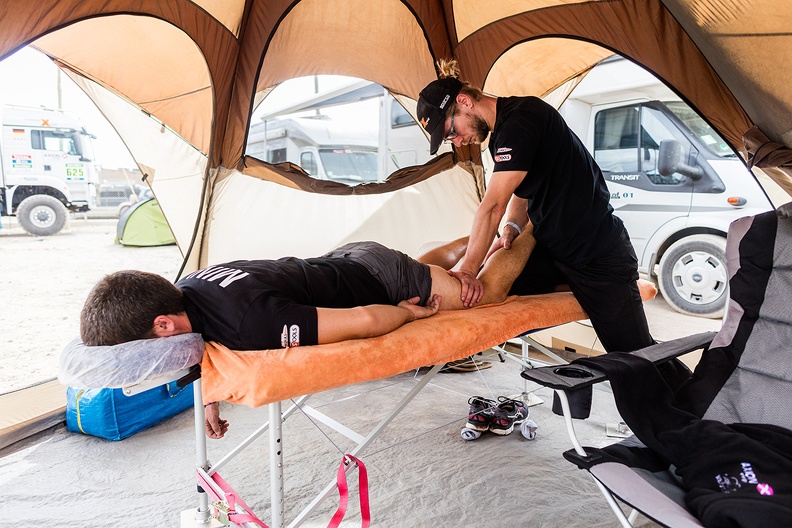 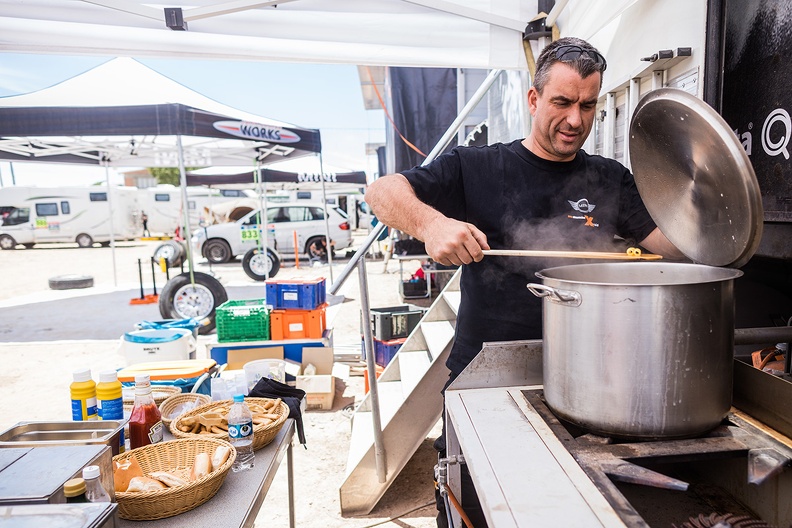 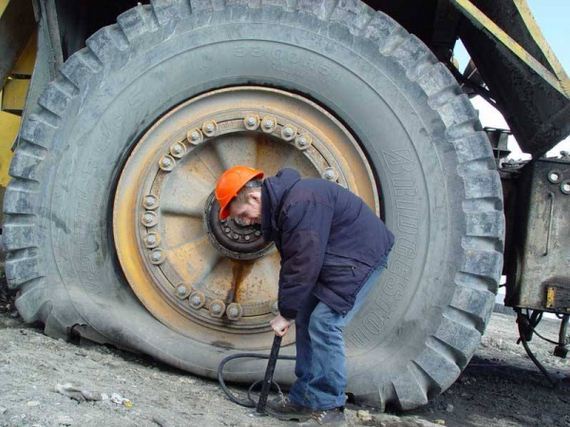