Check out the latest episode of Dirt Every Day for the inside story on the Jay Leno's Garage Camburg Racing built Toyota Tacoma that raced this years The Mint 400!
#dirteveryday #camburgracing #jaylenosgarage #toyotatacoma

With the release of the all-new 2017 Tacoma TRD Pro, Toyota USA teamed up with Camburg Racing to take a stock Tacoma and build into a race ready truck capable of racing the legendary Mint 400. The Tacoma was to be piloted by Jay Leno, Jerry Zaiden, Ryan Millen, Fred Williams in what is considered to be the most brutal race course in north America. Camburg took the Tacoma right off the showroom floor and and built it in-house using components from some of the leading companies in the off-road and motorsports industry. Camburg races on what we build and sell, pushing these parts to the highest thresholds that off-road racing can dish out. Here’s a list of the features used in this awesome custom build. 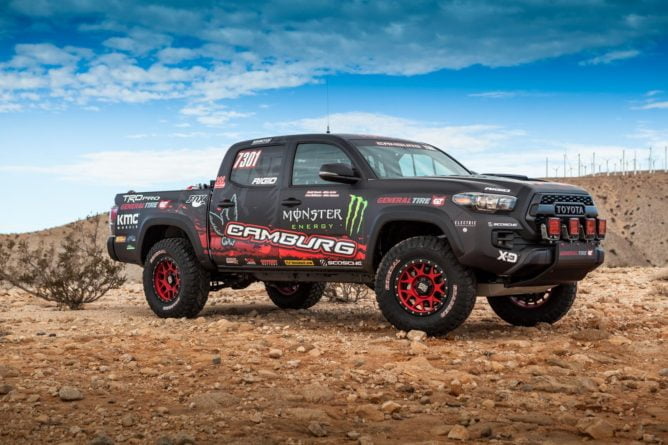 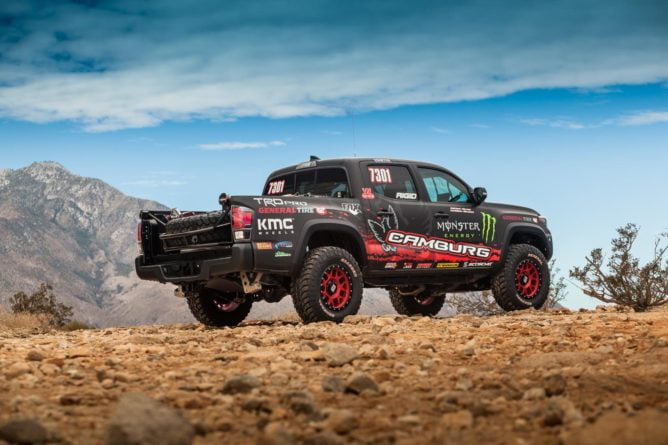