Jesse James could've been a dead man yesterday afternoon when the train he was riding in collided with a semi-truck hauling a load of tomatoes.

Jesse and his 11-year-old son were among 279 passengers on the choo-choo as it rolled through Monterey County, California -- when it suddenly plowed through the semi which was inconveniently stopped on the tracks.

Amtrak and the California Highway Patrol confirmed no one was hurt in the ketchup-creating crash ... which would have made for some really, really awesome video.

James posted photos of the wreckage on his Twitter page, saying "This trip is turning out to be a real train wreck ... train was going 70 mph, good thing the truck wasn't Peterbuilt. Would have been Tragic."

wow! thanks for the update i am glad to hear that no one was hurt.
http://www.doubledownphotos.com

That could have been pretty bad. Glad to here JJ and his kid are safe...
Jon aka "That Guy"
www.thoseguysoffroad.com

That's crazy! Nice to hear no one was hurt!

Once again Jesse walks it off! Glad you guys are OK!

glad everyone was ok
DUSTYLENZPHOTOGRAPHY@YAHOO.COM
Hokeygitis (hokey-jitis) 1. The uncontrollable urge to drive circles around Barstow
TEAM VICTORY & ORANGE ARMY
B

Glad to hear you are okay Jesse.
Mini's are for girls

only if the guy who does the voice over or w/e you call it his reads off the first post. Thats voice just amuzes me lol..... no homo
3

Holy shhh!! Glad to hear everything is ok!
On a less serious note, I wonder what the conductors first reaction is? Is it run like crazy to the end of the train? Or do they have some sort of protection or wall behind that area? Just wondering.
join us on Facebook!!
facebook.com/3GRacing

Guess some semi-driver is out of a job....
Not just an internet racer!!

James was quoted as saying "I only wish I had a big basket of fries from Frisco's to mop up some of this ketchup!"

Scary deal. Glad JJ, his son and everyone else are OK!
Tony B. - "Get Creative!"
facebook.com/Tony Barraza Designworks
Instagram.com/tbdesignworks
R

Didn't seem like it put much hurt on the train, you sure there wasn't a JJ film crew there?
Photoshop the train all black with flames?
UNCLE RICK
B 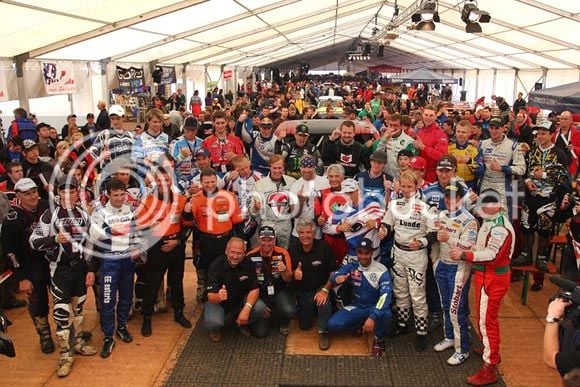 Last edited by a moderator: Jan 22, 2014
Zonies are like Herpes & Knowing is Half the Battle
Disclaimer:
This presentation material used under the educational fair use exemption to the U.S. copyright law.
H

I thought you were talking about his racing operation. Glad he and his son were not hurt
45th year racing Vws and still love it!!
V