Due to a rule change by the ASO, KTM pulls out of the Dakar Rally. What a darn shame for motorsports. In this time of financial turmoil, this is NOT what motorsports needs IMO. I dont blame KTM. Its a shame for the "little" guys if you will, that have been preparing for this race and now get the rug pulled out from under them, as well as the Factory guys.
http://www.off-road.com/dirtsports/.../ArticleStandard/Article/detail/601782?ref=25
http://www.riderdown.org/forum/

That's too bad and really nice of the rally bosses to make this change last minute. Development has been going on for months, how do they expect teams to make changes now?

They will certainly see a financial impact to this poorly timed decision.
David Bailey

so does that mean we will see KTM's race baja
DUSTYLENZPHOTOGRAPHY@YAHOO.COM
Hokeygitis (hokey-jitis) 1. The uncontrollable urge to drive circles around Barstow
TEAM VICTORY & ORANGE ARMY
A

nevermind. i read a little more into it

The ASO announced the 450 displacement requirement just 2 days ago, AFTER they have been accepting entries from everyone for the 2010 Rally. Wow, so maybe a privateer on a 450 will win.
=======================
The organiser's short term change to the rules, designed to end the dominance of KTM, and which comes without any advance warning, hits the KTM factory hard. Today, just six months before the start - and at a time when not only the factory team but also dozens of private teams are deep in preparations for this extremely complex rally, the immediate withdrawal of the worldwide market leader of offroad sports motorcycle is the only possible consequence.

"Every sport regulation needs changes and adjustments to new developments to retain an interest in it, but this also require the appropriate lead times. We have the entire material for the 690 Rally motorcycles for our factory team as well as that for 50 customers' motorcycles in our storage facility ready to be constructed in June. Riders' contracts have been finalised and all the team members have been engaged. The financial consequences that results from this decision are enormous. Quite apart from this, we are shocked by the organiser's lack of loyalty, above all because of the huge efforts we made following the cancellation of the Dakar in 2008 by contributing to the new edition - even during a period of extreme economic crisis," said KTM Motor Sport Advisor and "Rally Legend" Heinz Kinigadner in a first statement.

Following the decision for the deployment of 450cc motorcycles, which are unthinkably unsuitable for use in long distance rallies, KTM can no longer economically justify a commitment to be engaged in the Dakar in the future. KTM Motor Sport Director Winfried Kerschhaggl: "Rally sport serves to prove the efficiency and stability of our large volume series single cylinder. There is no question that we will remain active in rally sport! Having said that, for KTM, the rally in South America is now history. We will now fully concentrate on the Rally World Championship and we will seek out alternatives. Maybe we will soon again see full KTM Rally engagement on African soil - back to the roots!"
www.PattyBlaisRacing.com
www.BlaisRacingServices.com
"Speed will always defeat power if the speed is consistent." ~ Freddie Roach

Typical ASO BS.
They really know of the screw things up

This is total b ul sh it WTF is honda p!s sd again
Live before you die

really crazy considering the economic times, you would think the aso would want all the riders they can get. total bs! they are just handing the win to david fretin-whatever on the yamaha 450 that he has races for years. he is the only guy that runs in the top 10 on a small bore bike.
Penchansky Brothers Racing

I dont get it, why not run both classes. Just split them up.. Dumb move in my opinion but, us silly Americans! On the positive, weve got PLENTY of bad ass 450 riders here in the states to take that race.
http://www.riderdown.org/forum/
S

could possibly be that if Honda, Kawi, Suzuki, ect...ect... wanted to play, there's no way they could compete with KTM. I'm sure those Co.'s have some $ and some sway in the matter. will be interesting to see who will show up this year now. JMO
Famous last words: "what could go wrong"?

450's in Dakar (or Dakaro) is just plain stupid.
Thanks for nothing.
"If you are going through hell, just keep going"
Winston Churchill

While the timing is not good, ASO has been adding additional limits to many classes for years, this is nothing new. Some of the most bitchen cars and trucks ever built have been outlawed by ASO rule changes. The dominance of BMW's scooters went away due to rule changes limiting engine displacement.
"I couldn't wait for success, so I went ahead without it" 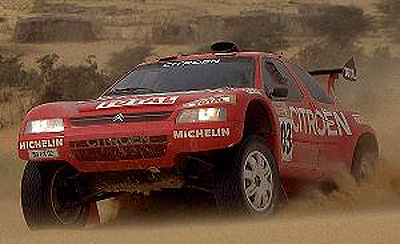 I'm looking for pics of the twin engine, aluminum framed, DAF trucks that were run in the 1980's. de Rooy actually came in 3rd over all in one stage beating the Peugeot 405 T16's!!!!

Like I said, there were some really bitchen cars and trucks specially designed to race ASO's Dakar races and most of the really cool stuff has been outlawed. The timing of the KTM pull out is the worst thing. They already had a speed limit imposed on the bikes so actually racing smaller scooters isn't such a bad thing. Hopefully Jonah street can come up with a competitive 450 bike because he is now the man to beat!!!!


GO JONAH!!!
"I couldn't wait for success, so I went ahead without it"

Like I said, there were some really bitchen cars and trucks specially designed to race ASO's Dakar races and most of the really cool stuff has been outlawed. The timing of the KTM pull out is the worst thing. They already had a speed limit imposed on the bikes so actually racing smaller scooters isn't such a bad thing. Hopefully Jonah street can come up with a competitive 450 bike because he is now the man to beat!!!!

Those DAF trucks are bad arse! I think the timing really stinks and it sucks for those who have been preparing for this race. I dont know why they just done race them both in seperate classes. 450 class and open class.
I hope Jonah kicks some butt.
http://www.riderdown.org/forum/
Share:
Facebook Twitter Reddit Pinterest Tumblr WhatsApp Email Share Link
Top