Hey someone beat mg to the grammar lesson of the day.

joshmx88 said:
Hey someone beat mg to the grammar lesson of the day.
Click to expand...

And by JD nonetheless.

I keep my trivial remarks for purple for the most part.

michael.gonzalez said:
And by JD nonetheless.

I keep my trivial remarks for purple for the most part.

What is that supposed to mean? I had a very strict 6th grade English teacher. The lessons learned then are still being applied today.

JDDurfey said:
THEY'RE = They are
THEIR = Possessive
THERE = location

Maybe this will help someone out a little.
Click to expand...

Jk. ^ This also drives me insane

Hey! So I had an overwhelming amount of feedback and similar stories to ours after my IG post last week. I felt an obligation to explain the backstory so many asked about.… In Jan 2020 our company got hired to help with the 2020 Mint. The race director reached out because of my husband Kit’s background as the builder and operator of the local MX track and being an owner/operator of a local gravel pit. Kit felt obligated to help because of his relationships and ability to preform the work. Plus, they had limited people wiling to help. (shocker)

The “promotors” / race director had a crazy idea for a new infield that consisted of a ton of dirt work, massive jumps, all new pit areas etc. We even moved the concrete trash pile that everyone worked around in the middle for over 20 years - They insisted it got moved so the infield looked good on TV. They wanted containers for a huge start/finish line so we called the company we use for containers. (I’m sure they haven’t been paid either) WERDCO & VT also helped out by transporting equipment, light towers, water stands and staffing extra operators etc. (Those guys haven’t been paid either)

We even coordinated a KOMATSU equipment sponsorship for them that would supply the additional machines they would need for race day but unfortunately, those machines weren’t available till the week of the race. It would have been physically to build the race course in a week. So during the time our equipment was on site we put 78 hours on our D8T dozer, 61 hours on our 980K loader, 27 hours on our water truck and 29 hours on our skip loader. We gave them a discounted hourly rate that barley covered the costs of operation. We even fueled their generators, forklifts, and light towers.

We were the first set of boots in Primm in January 2020 and the last to leave after post race course blading and working with the biologist and BLM thru mid March. We sent our bill and didn’t receive any payment till June 2020 (which was only 30% of what we were owed) Every month it was a new excuse: No money because of Covid, waiting for BFG, waiting for 4WP, waiting for ESPN to pay. Keep in mind, we paid our crews, paid for all they fuel & used our equipment... but got left with the bill and not even a THANK YOU or a phone call. Even after my IG post last week, they didn’t even call my husband - they just blocked me on IG thinking I was going to go away. Well, I’m not that type of person. And I’m also not the type of person to sit back and watch them take MORE money from the small teams, the SXS teams, the bike teams (like they did in 2020 by telling the bikes at the starting line that instead of 3 laps, they only get 2 laps, ruining everyone’s pit strategy )

Long story short - I’ve been quiet long enough and gave them ample time to make it right. Its been 18 months and we are still owed money… sending 5k, 10k here and there doesn’t excuse the fact they are STILL soliciting money from sponsors and entry fees while not paying past debts from the last race. I love this race community and everyone has a right to know who they are dealing with.
- Stephanie Stokes

Houston we have a problem!
1

I think when they changed it to the order you sign up is your starting position you can see they are trying to get ppl as quickly as possible and generate money. I do not see the turnout they had in 2019 this race.

A few people have asked why there hasn’t been anything posted so I’ll just let everyone know what’s up.

As per this races CEO’s request, there will be 0 posts, mentions, coverage, updates, any information ever posted on Fishgistics again about this race.
Last edited: Sep 2, 2021 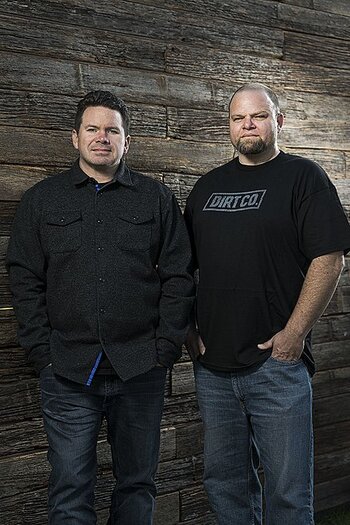 As much as it pains me and goes against my dna boycott the mad media mint 400 . This kind of thing was my biggest fear when these guys bought the mint 400. This is why we cherish our off-road families and this kind of dirty business has no place in our small community. maybe there is another side to this unpaid bill , but I for one hate deadbeat rich guys and would like to see this fixed immediately.
1

I feel like they open classes that are not necessary just to get another entry fee. There definitely was a reason bitd split from them and now it is starting to show.

I was totally excited to run this race…. Been wanting to do it for years and finally pulled the trigger and signed up this year.
I’ll save the ol battle wagon for Parker
I won’t even request a refund. They can keep it

I’ve already been contacted about the back story and like all internet threads there is another side of this story. But someone from mad media should come forth and explain what’s happening here .

Wait, so let me get this straight.

MM has alienated RDC and Now Fish? And they have a major vendor that’s not getting paid for last years race?

it’s like after 5 divorces you might start to think it’s you not them. LOL seems Mad Media is in the business of pissing people off. Too bad they don’t get paid for that.

it’s really a shame as I know there are a lot of great people working for and with Mad Media.

IDK.. pissing off a few vocal people and the situation always seems worse than it probably is. 99.9% of the community isn’t affected or doesn’t know/care and will race regardless b/c it’s the Mint 400.
IMO the race will go on and do just fine.

Yeah I am sure the Mint will still go on. It’s iconic. Just too bad these guys make it so difficult.

mongo;1355592 said:
truch sometimes of thing right so race and too
Click to expand...

MTPyle said:
Wait, so let me get this straight.

MM has alienated RDC and Now Fish? And they have a major vendor that’s not getting paid for last years race?

it’s like after 5 divorces you might start to think it’s you not them. LOL seems Mad Media is in the business of pissing people off. Too bad they don’t get paid for that.

it’s really a shame as I know there are a lot of great people working for and with Mad Media.