County wants BLM to extend comment deadline before closing trails
Hey! You kids!! Get OFF my driveway!!! If you can't go away happy, just go away!

Stay on top of them!

But will the feds listen?
County forms public lands commission to focus on off-road trails
Hey! You kids!! Get OFF my driveway!!! If you can't go away happy, just go away! 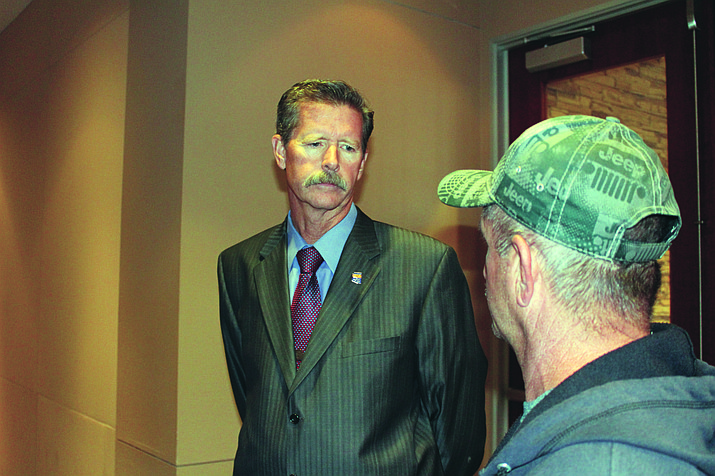 KINGMAN – It’s probably asking too much for the Bureau of Land Management to extend the comment period on its Travel Management Plan by 90 days, but that’s one of the recommendations from the Mohave County Public Lands and Recreation Commission.

County supervisors voted unanimously Monday to accept three main recommendations from the commission that was formed in October to address concerns over the BLM’s proposed closure of more than 1,600 miles of trails on public lands in Mohave County, or roughly 30 percent of the total.

The commission is also asking the BLM to justify closing the trails, and to revise the Travel Management Plan to address the economic impact of off-highway vehicle recreation in Mohave County, which was estimated at $182 million in a 2002 Arizona State University study.

Supervisor Hildy Angius spoke with a top state official from BLM and was told he would do “everything in his power” to get the 90-day comment extension, but they would be lucky to get 45 days.

The proposed Travel Management Plan is just the first step in the process, and it has to be completed to go on to the next step, Angius explained. Nothing is set in concrete, and there’s still time to comment on the proposed closures.

Angius wants BLM to wait for an updated economic study from the Arizona Game and Fish Department. Government agencies rarely take into consideration economic impact to a community, she said.

Robert Smith, a Bullhead City off-road club leader who was appointed to the commission by Angius, said they’re asking the BLM for more time to review the plan and notify the public, which was not aware of the proposed 30 percent trail closure in Mohave County.

Also, BLM needs to reach out to other user groups, not just off-road vehicles. Hikers, ranchers and hunters also use the trails, Smith noted.

The side-by-side Razor wasn’t even built until 2004, and its use has increased dramatically since then, Barton said. He sees snowbirds riding them every day at Davis Camp.

Board Chairman Gary Watson inquired about four alternatives to the Travel Management Plan, but Barton said the commission really wanted to focus on the proposed closures.

The four alternatives discussed were no change to the current trails; some change; closing 30 percent of the trails; and closing even more trails, Barton said.

“They felt the BLM would go through with the closure and we want to go in the direction of keeping the routes open, and also focus on the economics, the number of businesses that thrive on OHVs,” Barton said.

Smith said several clubs, including Arizona Peace Trail, are working with BLM, bringing in GPS maps of trails and laying them over BLM maps to give the agency the best information.

“We realize there are certain roads that need to be closed, where there are roads to open mines,” he said.

IMHO, BLM will use the user's maps against them, I've seen it too many times before. If you want to ride those roads, better do it soon.
Hey! You kids!! Get OFF my driveway!!! If you can't go away happy, just go away!

The cynic in me says it's a done deal, but the optimist in me says remember what the ASA accomplished. 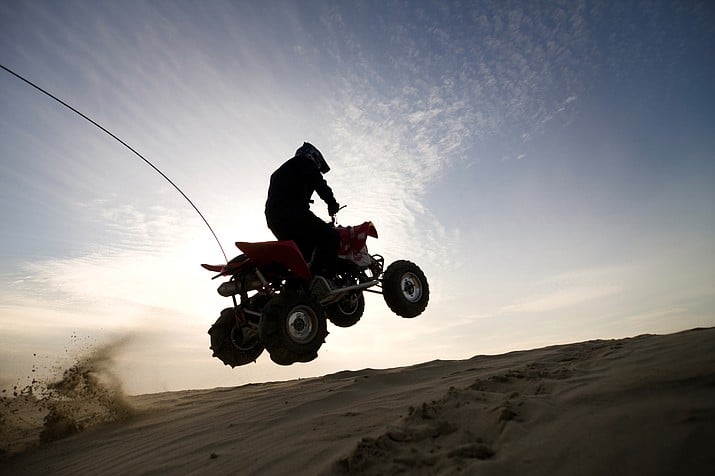 The BLM is required by various federal regulations, policies and executive orders to develop Travel Management Plans (TMPs) for all public lands that they manage.

Travel Management Plans are under development in Mohave, La Paz and Yuma counties. In order to develop plans showing all trails that are open for travel they must first develop an inventory of the tracks by hiring a contractor to identify all tracks or signs of trails in a given area.

The contractors identify all marks in the desert including World War II tank tracks, cattle and wildlife paths, foot trails, bicycle paths, duplicate trails going to the same place, and old mine roads. Many of these tracks are short dead-end trails, typically established as a result of mining operations and are no longer used.

There are many tracks that have never been used by off-highway vehicles. The inventory is provided to the public for review and comment to insure trails are not missed. The BLM is required to evaluate the total inventory to determine which trails are currently used by the OHV community.

The draft TMP will show all the trails open that are being utilized and are not dangerous or crossing an environmentally sensitive area. Sometimes duplicate trails to the same location are not shown as open. If the duplicate trail provides a unique riding experience, it is the riders responsibility to let BLM know what that experience is so it can be kept open.

The draft TMP is issued to the public for review and comments. During this review it is the public’s responsibility to identify any of the trails that are not indicated as open that they actually ride and provide appropriate comments to the BLM indicating why they ride the trail. We ride trails for many reasons including scenic, loop ride, favorite site, hunting, and connectivity. The BLM will respond to all positive comments.

Based on the experience in the Lake Havasu City area as well as the Quartzsite area, 99 percent of the trails we ride are kept open for OHV use. It is important for OHV clubs in each area to establish a good working relationship with BLM in order to make sure positive comments are provided to keep the trails they actually ride open. It is also important for OHV enthusiasts to join and support their local OHV club.

Once the TMPs are completed, BLM will sign the trails that are open and provide maps for public use. These maps are essential for safe public recreation and search and rescue. The TMPs are living documents, and if there is a unique trail that was missed during the inventory or review processes, it is possible to have the TMP revised to show that trail as open.
Hey! You kids!! Get OFF my driveway!!! If you can't go away happy, just go away!
Share:
Facebook Twitter Reddit Pinterest Tumblr WhatsApp Email Share Link
Top