More pics from our great friend Bill Thompson from Carrera photo. Big air and and a big win at Glen Helen for my dad. King Dave Hendrickson. I am almost positive this is the race they stopped at coming home from Crandon. My dad had just won Crandon. They were driving back home with the motor torn down from post race tech in Crandon. A buddy that was with him said you know there is a race at glen helen this weekend too? At the time 516 was getting big entries every where they raced. So my dad decided to stop on the way home. They put the motor back together. And went on to win Glen Helen too. What a week that must of been. Sadly I was to young to remember. But the pics are there. The #1 is on the door for a reason.

Pics from the Crandon win the weekend before the Glen Helen race. Slippery P said:
Cow race photos was shooting a lot of MDR races 2000-2002, we were running the Los Amigos 8 truck then (Eric Heiden) DOR. I have a lot of photos from COW.
Click to expand...

Yeah I hit up Kelly. He changed his business name to RnR photos. He said he shot all of the MDR races but its all on film buried in storage.
dezertpeople.com
offroadaction.ca

The Simon & Simon truck is being restored! One of my top 10 favorites

Pro-spectator.com has also been around a while, but not quite the early MDR days...

Never forget the off-road motorhome that was built by Bill Stroppe to go race at the Mexican 1000 in 1969. Yes, a motorhome racing in Baja.

Condor Coach Corporation approached Stroppe in 68' to build them a race motorhome for Baja for an odd-ball marketing attempt to reach off-road racers instead of the typical outdoorsmen.

It had a Ford 460 big-block making 400hp, 4 wheel drive, a roll cage, and was able to reach speeds of 90 mph. But that was it; it wasn't just an empty box, no. Condor made sure it was still a functioning motorhome, complete with a toilet, kitchen, and even a bed surrounded by steel roll-cage tubing with nine hoops. Apparently, 250 ft of steel tubing was used to make the roll cage.

The Baja Condor was christened 'Debbie Special'. On its main voyage at the 69' Mexican 1000, it finished the race 70 hours after the race winner and 42 hours outside of classification—Debbie was a miserable failure.

That same year Bill Stroppe's other project was the winner: the Ford Bronco piloted by Larry Minor and Rod Hall.

There isn't too much information on the Condor Baja, but we know it continued to race throughout the years and even raced Pike Peak hill climb. Our friends at Road & Track wrote an incredible story on it in 2014, and photos are very difficult to find. It was also posted about it a while back in 2010 on Off-Road Action

If anyone knows the whereabouts of the Condor Baja is or even a story about it, let us know. It was powered by liquid propane also .
B

I got to talk to some of the guys involved with this years ago. Don't know about Baja, but I do remember them saying that for the Mint 400, they installed a 5 point harness for the toilet. Must have been a fun program. I remember this thing being for sale years ago from an old RV sale lot, was being stored in East L.A. if I remember right, like El Monte or LaVerne or something.

My dad and uncle told a story of coming to a stop not far from them in the mint 400 , they ran over to lend a hand and they were stopped making sandwiches for lunch and offered my dad and uncle !

I raced there in I think 78, I'd also love to see some pics from there since I lost mine to a fire.
A Jammminjay said:
View attachment 239744
If anyone knows the whereabouts of the Condor Baja is or even a story about it, let us know. Does anyone know anything about the 1990 Class 3 Baja 500 Winner Nissan Pathfinder? I know it was Balch/Deetz. Where is it now? Not much information on it, despite winning the 500. didn't that go to TX to the family that races? Beal is it?
www.NicksTrix.com

David K said:
Did anyone here collect the SCORE dash plaques from the older days of racing? I often didn't get to Ensenada or the registration area before the race to buy one, but when I did between 1974 and 1981... 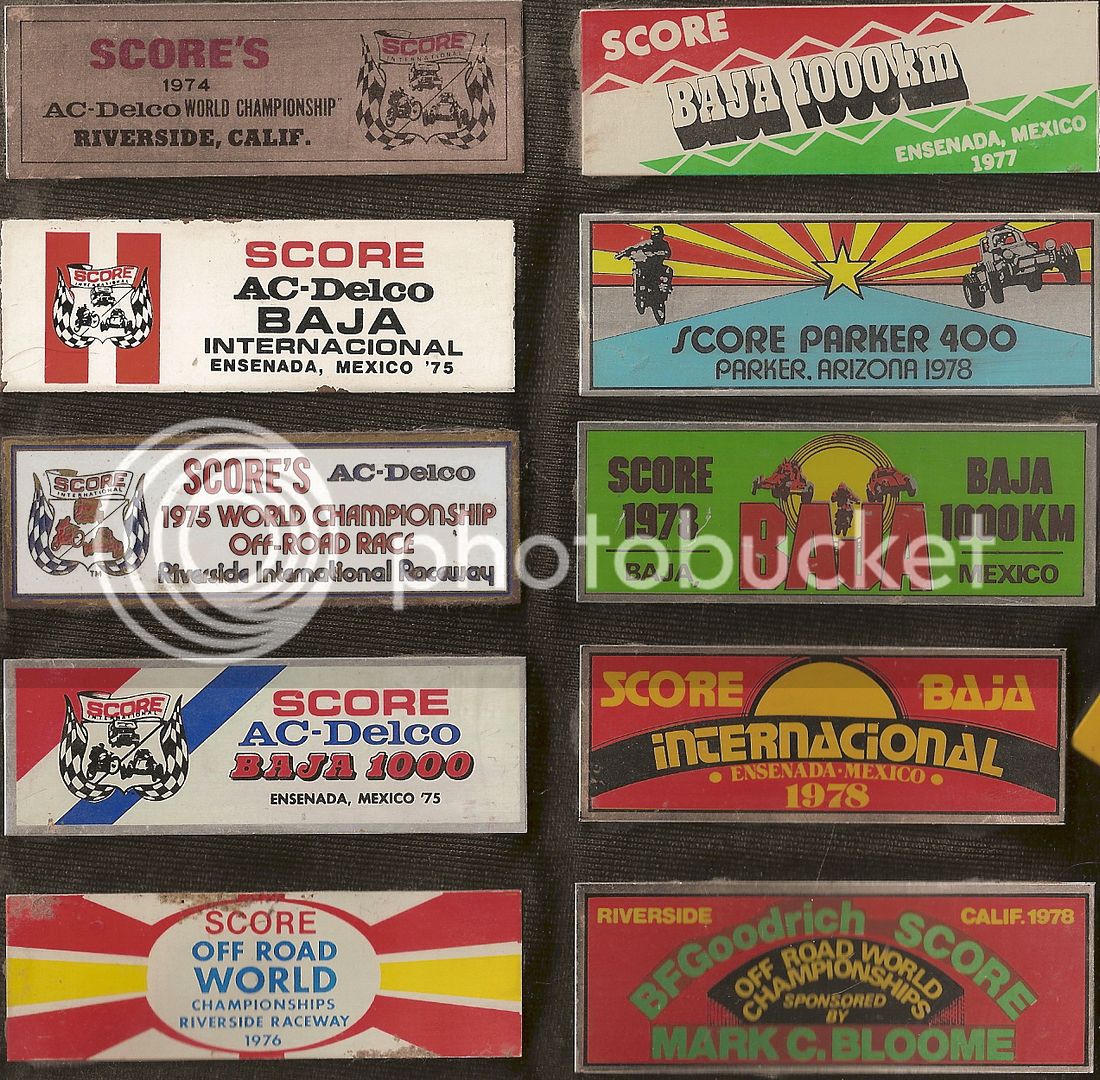 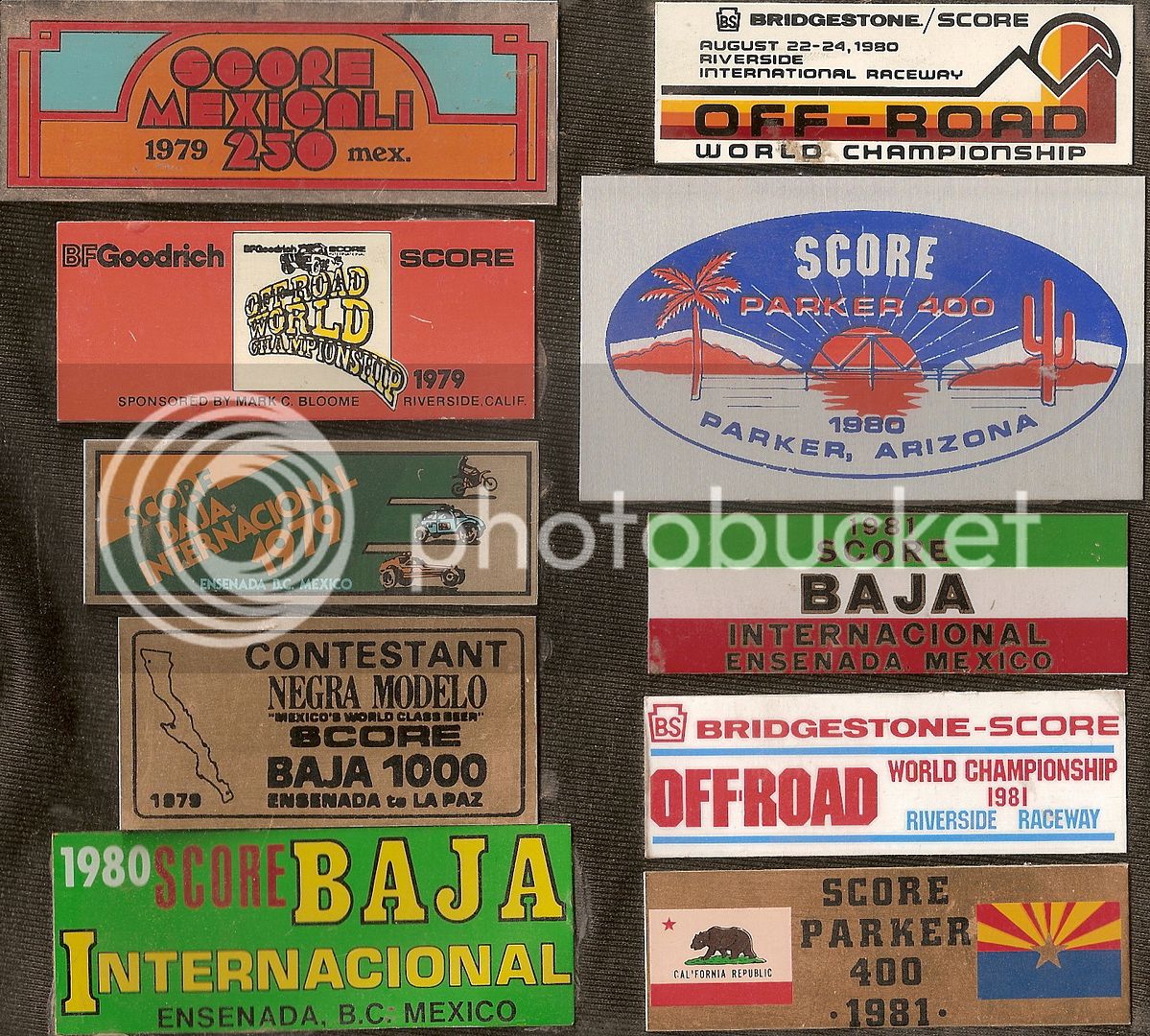 Are these for sale yet?

NicksTrix said:
didn't that go to TX to the family that races? Beal is it?
Click to expand...

Checked a few days ago and Beals sold it. It's still in TX though.

Denny and Lynnda Lhamon owned the Condor Motorhome vehicle for years. He lived in Dana Point for years and restored it to a usable motorhome for trips to Baja. He repainted over the old mural. He moved to Hawaii and sold it.
Share:
Facebook Twitter Reddit Pinterest Tumblr WhatsApp Email Share Link
Top