mikeyfrombc said:
what table is that ZT ??
Click to expand...

sexy pedals there ZT, send them off to be plated and you'll be set.
www.NicksTrix.com 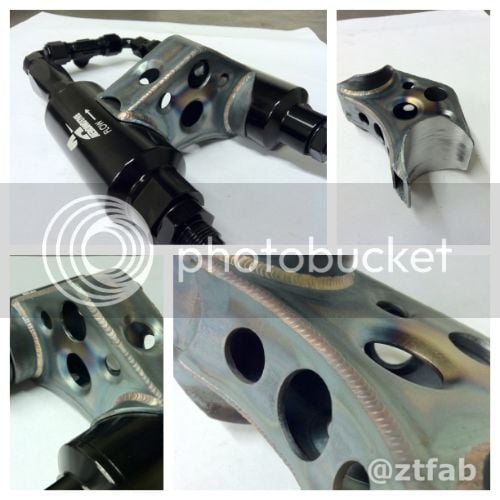 "Leave the gun. Take the Cannoli."
A

Dont have much experience with welding aluminum on DC, but it went pretty well. Had to weld these up at work, I put 3 passes on them.

I've done some DC aluminum welding....man does the technique burn in....Took some time to adapt and the beads don't have the beautiful look to them but it loves thick metal.... 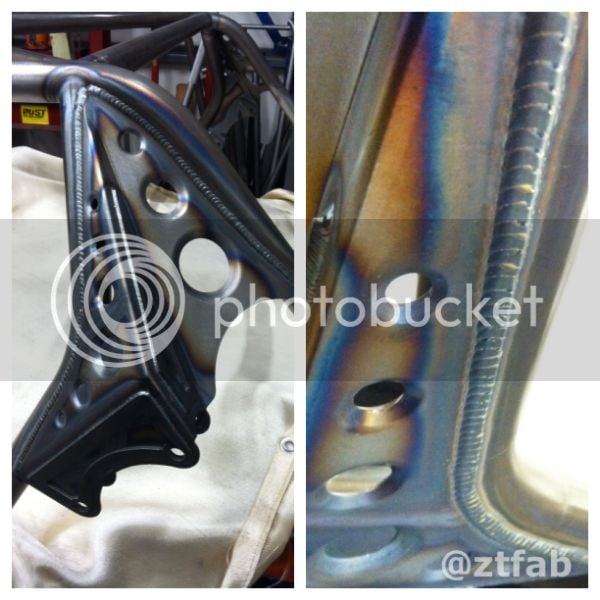 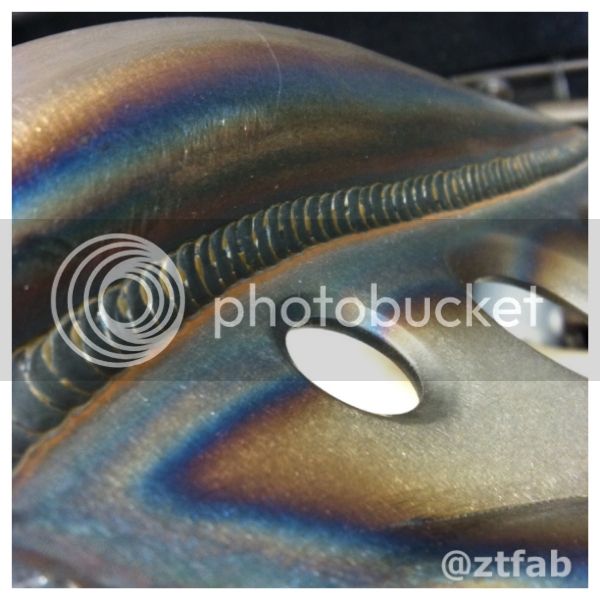 "Leave the gun. Take the Cannoli."

Haven't posted or welded in a while. Lol 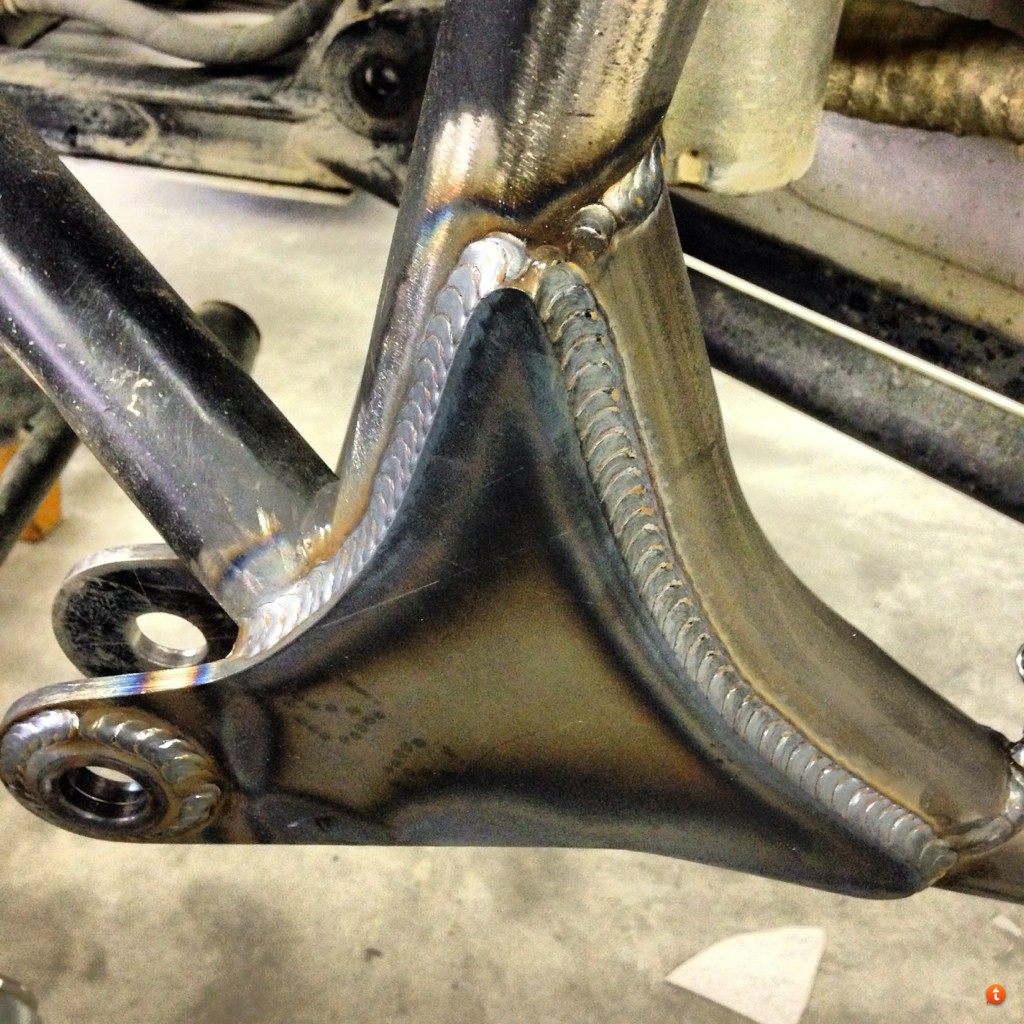 Sent from my iPhone using Tapatalk
Last edited by a moderator: Jul 2, 2017

matt_helton said:
Haven't posted or welded in a while. Lol

Sent from my iPhone using Tapatalk
Click to expand...

Herevare some of my welds. 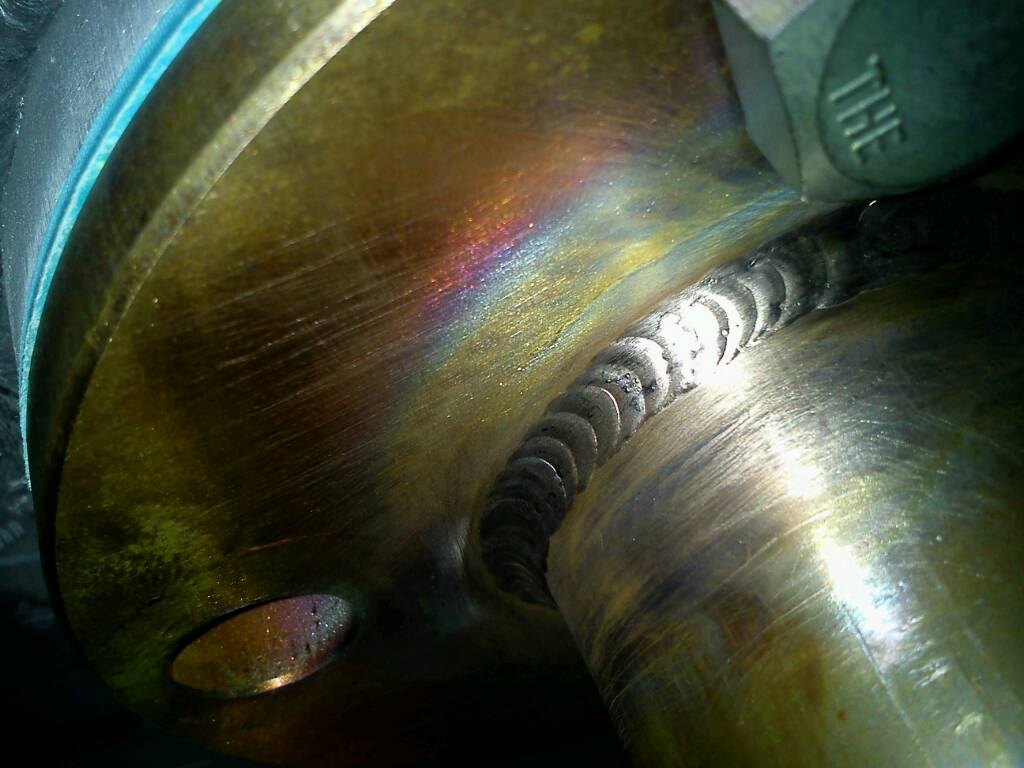 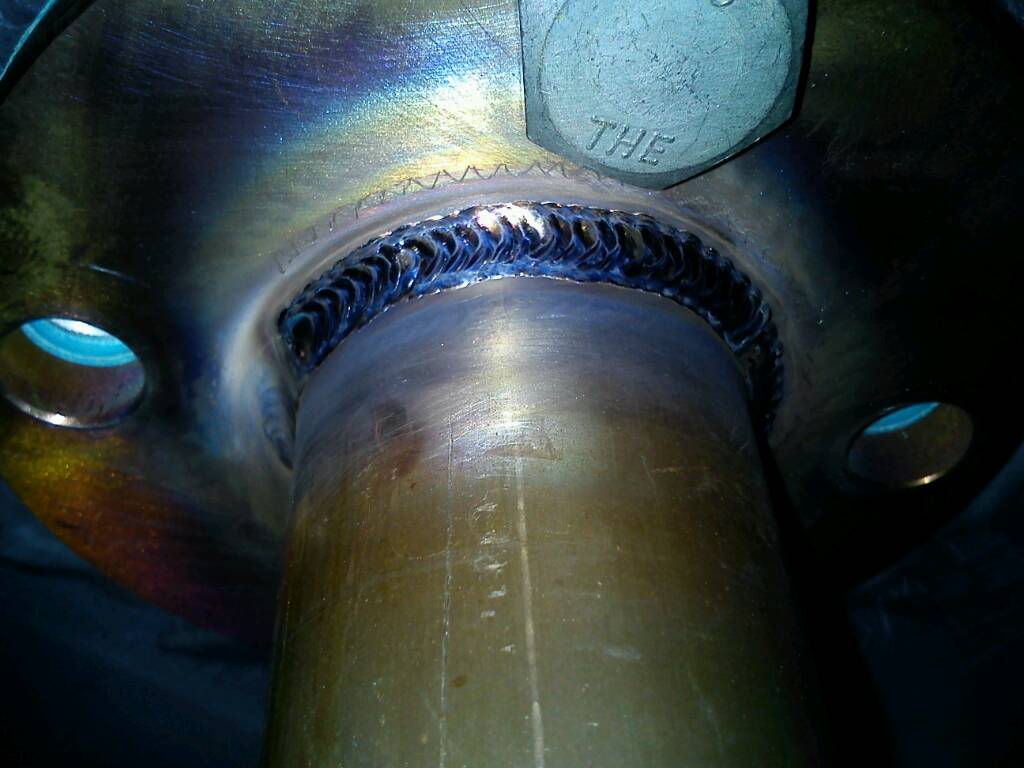 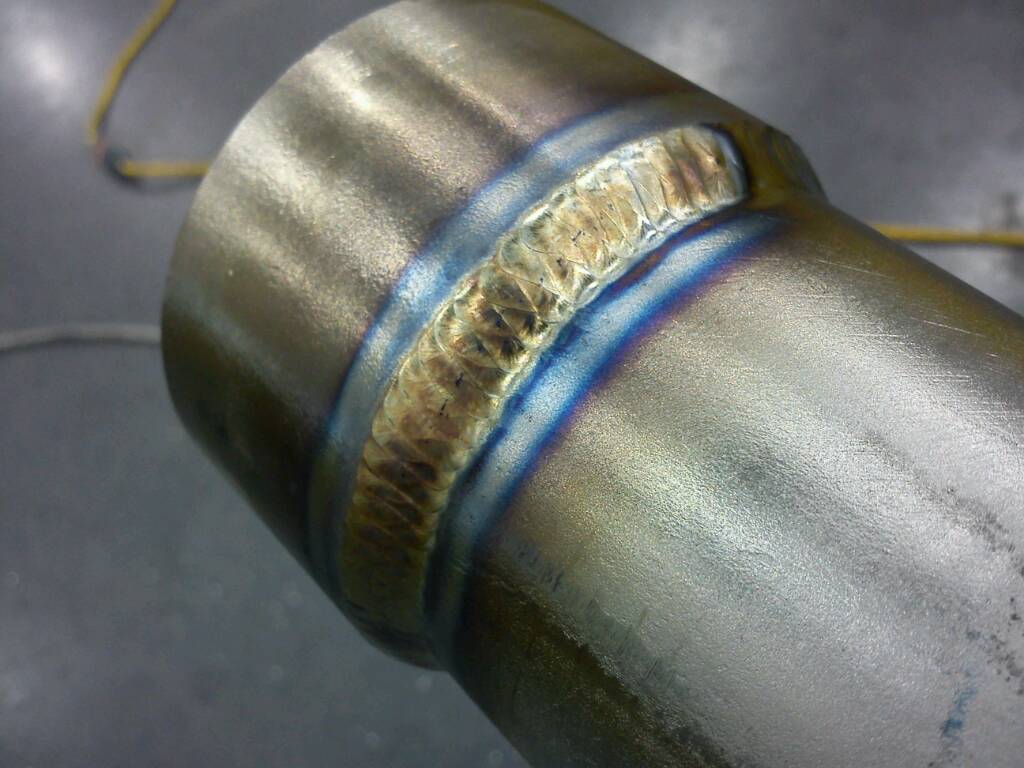 Sent from frankenwerxs_fab
Last edited by a moderator: Jul 2, 2017 never posted in "pretty welds" so here ya go.

the most important keys to remember while trying to achieve a "pretty weld" IMO are:
-fitup- if your parts fit like poo, your weld will look like poo. MIG offers a bit of fudge factor vs TIG With TIG its gotta be perfect to get a perfect weld. Spend the extra time to get the fitup right, and youll be happier in the end once its welded, you cant unweld it.
-machine setup- just like a race car, you gotta keep testing until its dialed. and by good consumables. i have beat my head against a wall so many times because i bought poo wire or poo tips With TIG i acetone all filler and store it in a sealed container.
-Confidence- Most important! especially with MIG you pull that trigger you better be ready to lay it down! this is especially important when out of position i.e- not sitting at the bench. A lot of good welders confidence falls out their ears if they have to lay on their back and peek up into a dark hole.
-be ambidextrous(sp) if you cant weld the same way with both hands you will be extremely limited even if you are only a bench welder.
- and the one thing i see too often in regards to TIG is people being cheap with the filler and ending up undercut. Fill it up! I even heard someone talk about how much weight you can save by TIGing vs MIG we arent building airplanes.
-the goal should be "good" welds, not just asthetically pleasing "pretty" welds. when welding is done right the "pretty" is just a bonus

I am by no means the baddest welder out there. I am only sharing the things I keep in my mind everytime i turn on the machine. I talk to every welder i come across and try and learn something. 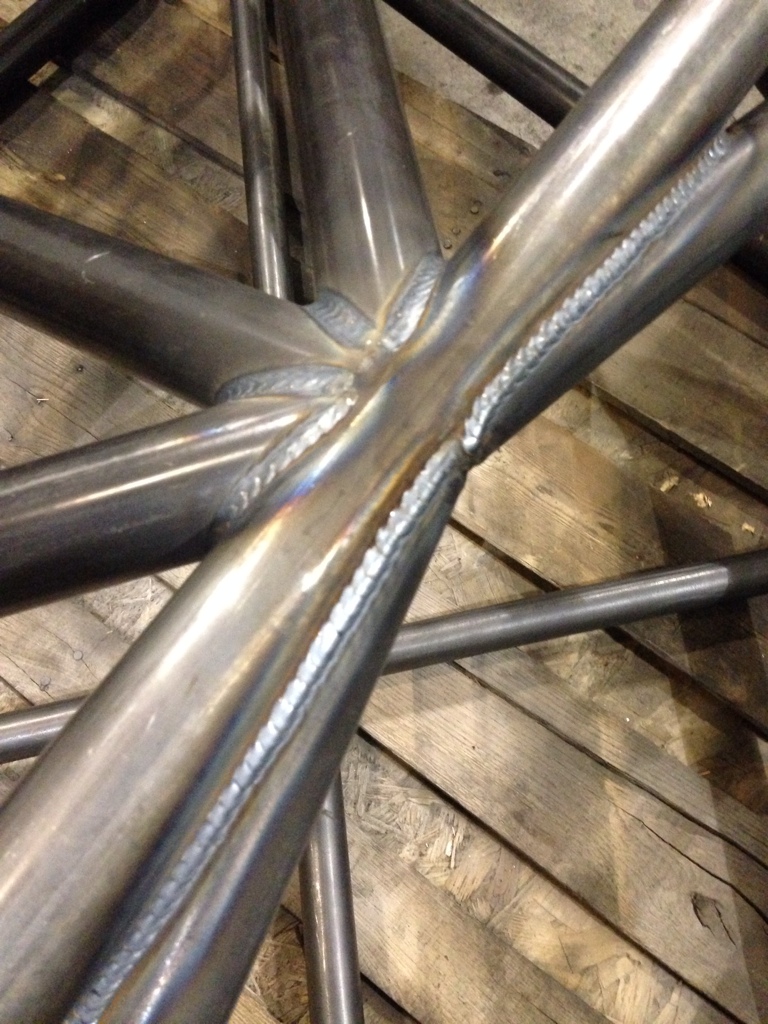 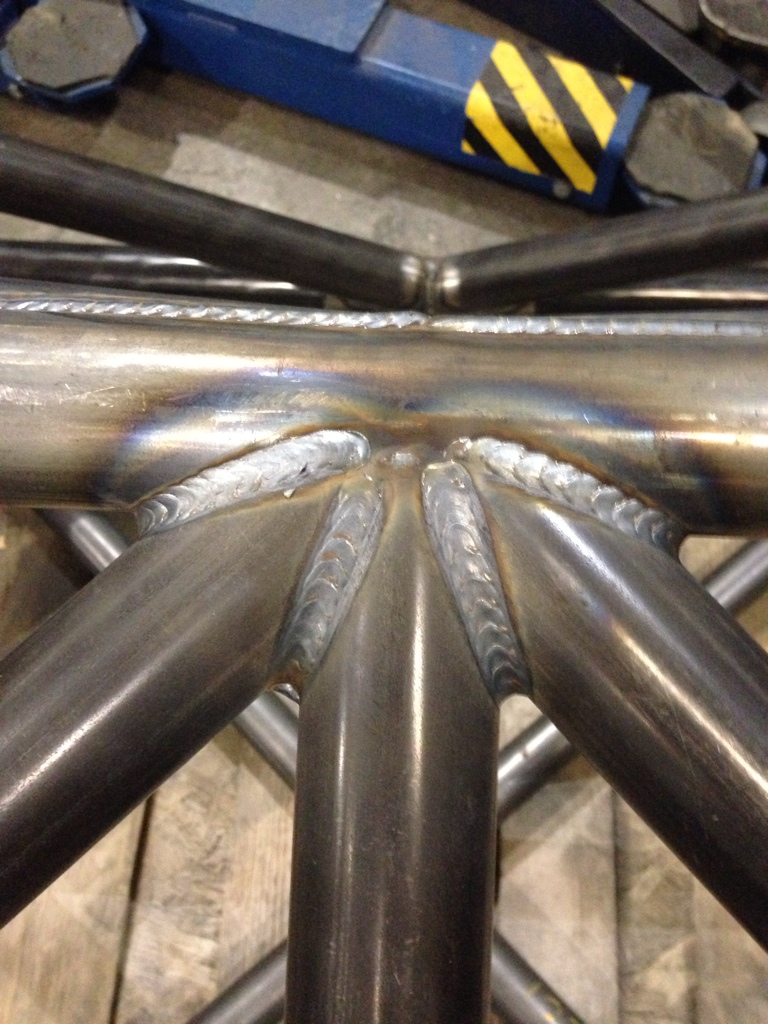 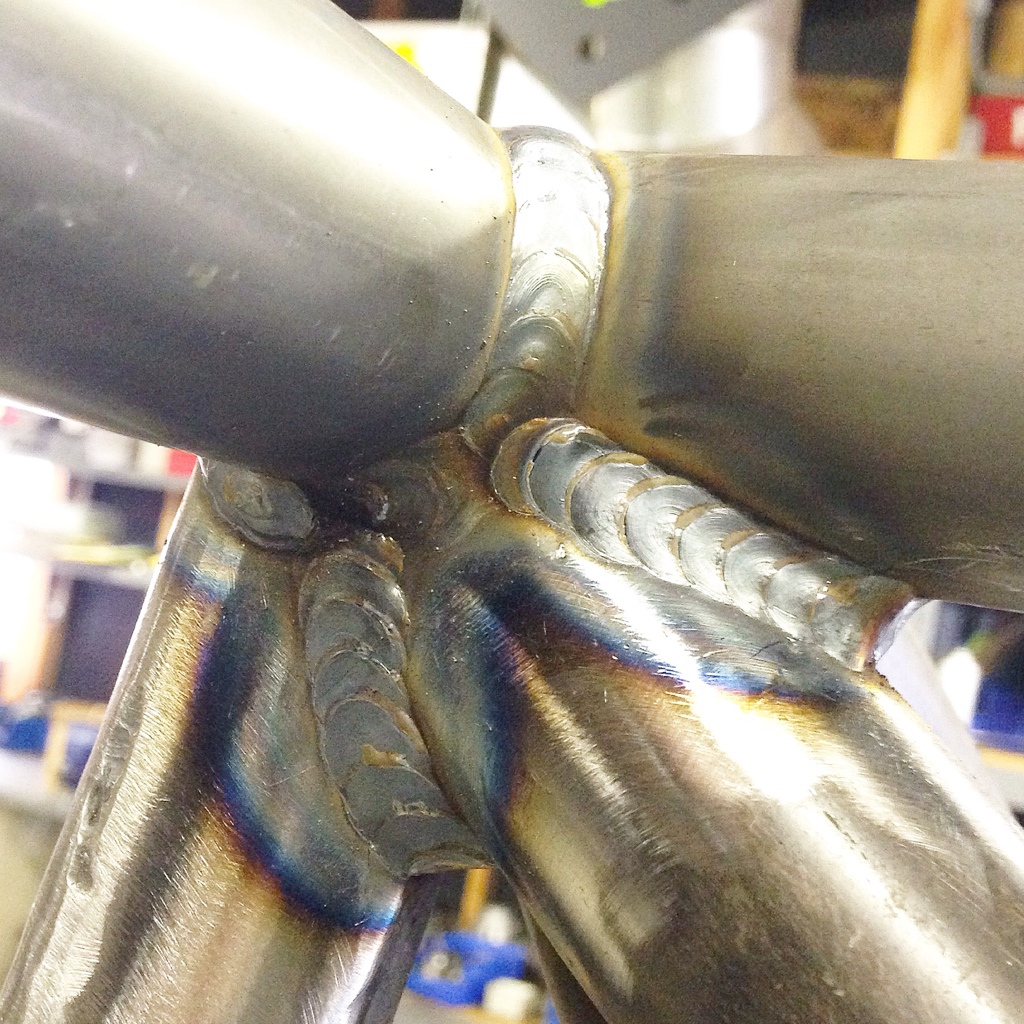 Sent from your moms house.
A

Hey ZTFab, do these just use a hose clamp to mount the fuel filter to the bracket???

Those are some seriously long notches on two of those tubes Helton. . .those take some time to get good fit-up on. . .looks GREAT!!!

Those are all laser'd tubes. No big deal.


Sent from your moms house.

Just left the shop where i crushed my mig and tig machine with the forklift with extreme violence, obviously my machines were not up to snuff.
Zambo to Mawtrophykart, go shove an umbrella up your ass and open it. I am not here to say that these pretty mig welds that superior welders like ZT and Matt, and any other's that duplicate the stack of dimes look with there mig welding skills, are inferior or prone to fail, { you guys will weld circles around me } but to put forth the that these pictures of fantastic looking mig welds would automatically be called a fail by definition of a proper pass of a mig weld. In no way would any of these stack of dimes or mig like tig welds would be acceptable in any form of welding where a certification is involved, based solely on the visual inspection.
Outside of the motor sports industry { really just off road } This is not considered a proper MIG weld.
Again, i am not saying that ZT's weld's are inferior in any way { or any other that has the skills to duplicate the stack of dimes with a mig gun} But when did this become the norm.
Yes, any of the stack of dimes welds shown in this thread would fail a inspection or certification based solely on the visual of the way the weld looks.

Now, i have spent my time trying to duplicate welds like ZT and Helton, and other masters that post in this thread, these are my findings.
I found that running lower amps, and a slower wire speed, i was able to start to duplicate the stack of dimes look, but i was not convinced that i was penetrating what was acceptable in order to duplicate this weld look. I did not cut and inspect my welds. I attempted these welds with a 75/25 mix with .030 and .035 wire. I as well attempted this with straight Co2 with .030 and .035 with poor results, then i tried the stack of dimes with a crappy 110 flux core machine with poor results again.attempted my welds with multiple machines in all form's of above with the exception of the flux core. All machines are different, and finding the sweet spot is different from machine to machine. I was able to duplicate my best visually pleasing stack of dimes welds with a Miller XMT 304 multi process machine with a miller 22sa mig set up attached using .035 wire and 75/25 mix.
In my test, i used the above machine as well as a miller 252, hobart ironman 230, and a lincoln 256. Power supply was 208 single phase. I have found the XMT is a much better performing machine on 230 power. Have never trued the machine with 3 phase.

Again, i am not saying this type of visual weld is inferior in any way, but it is not accepted in any other form of fabrication outside of what seems the off road fab world.

ZT, or Matt Helton, I would just like to put on my welding mask on and watch your technique over your shoulder for 1/2 an hour of arc time to see how you guys manipulate the puddle the way that you do.

Cheers
Zambo to Mawtrophykart, go shove an umbrella up your ass and open it.

I agree with what you say blue dog. I think there has been discussion on RDC in the past about this. I went through the welding program at BSU and the instructor drilled it into our heads to never leave the puddle. Exception was 6010 stick welding.
Last edited: Sep 6, 2014
2014 BITD O-40 Expert Class Champion.