I would like to say thanks to a man who passed away yesterday. James Venable, who had a fairly important background to this sport and many of its stars died yesterday from cancer. He had been on off road racer and supporter of the sport since the 1970s, racing Bajas and then trucks, eventually building one of the most iconic trucks the sport ever saw with the Hay Hauler, a truck that launched Robby Gordon's truck racing career. Aside from desert racing, Jim was a fantastic business man with multiple businesses that aided the State of California and the U.S. Forest Service with his Hemet Valley Flying Service. He has provided pilots for aerial firefighting duties for decades. His company pioneered and perfected the fire retardant delivery system that was used in the C130 air tankers used across the nation. Jim was also a County Supervisor for Riverside County. He took care of his constituents and his local area. Many years ago, I had the privilege of meeting Jim at the Hemet-Ryan air tanker base (Home of Top Mud) where his company supplied aerial firefighting services for Riverside and Orange Counties on a daily basis. This was one of the busiest air tanker bases in the U.S. The fire engine I was working on was covering the station at the airport. I was walking down a path by the bone yard and saw the remains of what looked to be an old Baja bug race car many, many years old. Mr. Venable (at that time) saw me looking at it and came over and struck up a conversation. We talked about desert racing, his flying program, etc... After that, whenever I had a chance to be at the airport, I would look him up and talk fires, races, etc... He was always open and friendly. Later, after he became a County Supervisor, I worked at the fire station next door to what was built as the James Venable Community Center in Cabazon and got to see him at the grand opening. We again talked racing and he said he missed time out in the desert away from the politics and busy life he was living. He always had a smile and a glint in his eye. He was a very successful man in life, business, politics, and racing. I am glad I got to meet him and glad he made our sport better. Rest in Peace Mr. Venable. You can watch your planes from above now.

most knew him as Jim ,god speed uncle Jim

So sad to hear , you all know he fielded some of my favorite all time trucks 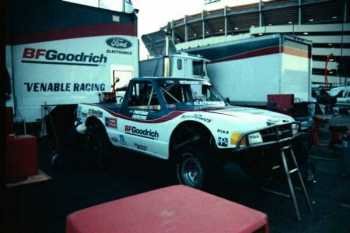 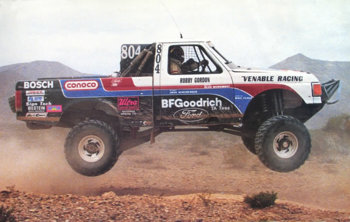 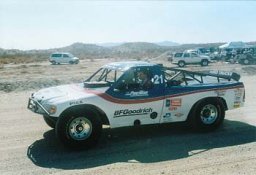 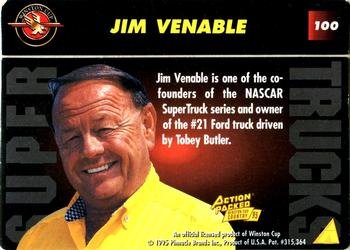 Bro just posted this over on Planet Robby , thought I would be appropriate since Robby drove for him for a few years . Thanks for posting it here . Really sad to hear .

Thoughts to his family and friends. I wasn't aware of his involvement with the forestry or calfire, I'll have to look that up.
I don't recall the year but it had to be late 90's when Venable had a "garage sale" at the race shop in Hemet. I remember crawling all over the #21 TT, so cool. I remember buying a ton of lights, stickers and other misc. "Stuff"
WWW.HALLDESIGNS.COM
A computer makes as many mistakes in two seconds as 20 men working will in 20 years

Don't forget Jim was also one of the original desert guys that started NASCAR trucks . He had Rob Mac as the driver . could somebody post a pick of the hay hauler ? also dont forget he gave a certain fabricator a name in this sport; Russ Wernimont. Russ built the new Ford for Jim , driven first by Robby Gordon and then Rob Macacren. Jim was a great guy and was very approachable.He will be missed by many.

This was the cover of the 1989 Off-road calendar. Rest-in-peace, Jim In this vid you can see all their autographs

Thank you for taking the time to post this and the write up. Really enjoyed it.
Baja Bound

This is sad news. I knew Jim before he got into racing. As a kid I would ride my bike out to Ryan Field and hang around the fire base during the Summer. Jim's Dad and Uncle had ran the airport for many years. The aircraft that fought fires back then were pretty cool. B-17, PBY, B-25 and other great stuff. Jim's Son Mike still flies for Cal Fire. Jim started out as a recreational off roader. Then he had Mike Evans build him a class 5-1600 car. Mike built cars before just becoming an engine builder. Jim raced the 5-1600 for a few years and we often pitted together. When I quit racing he bought my class 5 car and everything else. Pre-runner, trailers, and all the spares and race gear. Jim and Carl Jackson raced that car for a few years, but Carl did most of the driving. Jim was content to be just a car owner and team manager. With the building of the Hay Hauler he became a full time owner and manager full time. He was a great guy and will be missed.