here is the deal, lynn wineland died. he owned and moved the entire rickman bikes factory to california some years ago. his widow has an entire warehouse with all of its parts, bins in racks, tires, fenders, handlebars, seats, rows and rows of parts and about 20 rickman bikes and more.

if anyone is a collector or is interested in buying all or any of this please pm me and i will set you up with the right people.

There probably aren't 5 people on here who have heard of Rickman! I had a Hodaka Dirt squirt 100, a relative of the rickman..
SNORE, AZOP, and SADR class 8 Chevy - 372sbc/th400/14bff - The big DOG
I spend most of my money on beer, women, and racing. The rest I just waste..

OMG!! I owned several 125cc Rickman Zundapps as a young buck. I've always want a Rickman BSA 441 Westlake thumper like the one Rich Torwaldson used to win in D-37 on. There is a guy in England (I think) that is selling "Steve McQueen" Rickman Triumph replicas. Very cool bikes indeed.
"I couldn't wait for success, so I went ahead without it"

I must be one of the 5. I raced vintage motocross for several years. There was a guy that showed up each weekend with a Rickman Triumph, British racing green with a shorty exhaust pipe running down each side. That thing sounds awesome! A nickle plated Rickman frame is pure art. 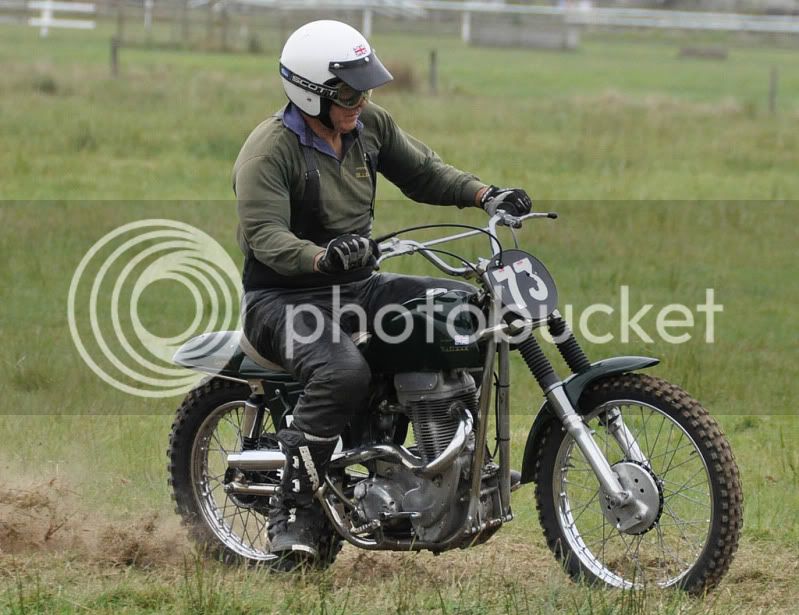 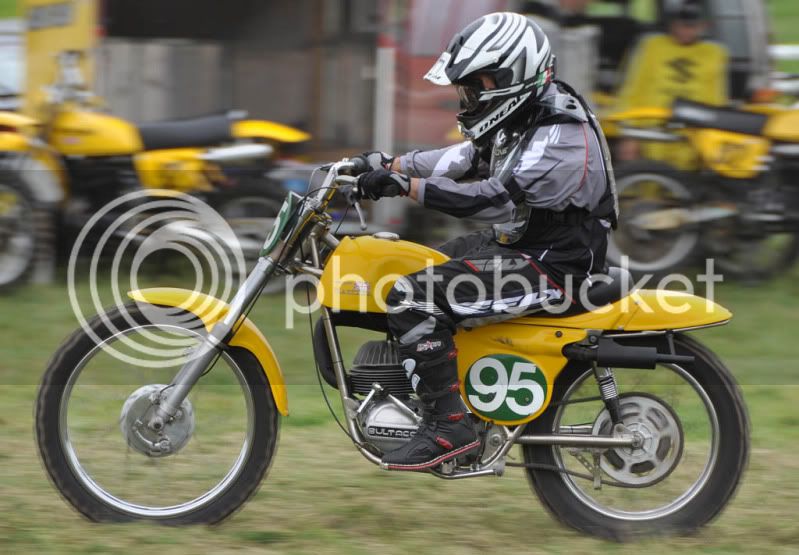 Linky to Steve McQueen Rickman site: http://www.metisse-motorcycles.com/
"I couldn't wait for success, so I went ahead without it"

A perfect example of Wineland’s true character could be read on a recent online forum.

A gentleman described a 500cc Triumph-powered Rickman motorcycle that a friend had bought for him at a garage sale more than 10 years ago.

He knew Wineland was the local parts dealer in Apple Valley and a Rickman expert. Over the phone, the gentleman described the bike to Wineland: “500cc Triumph, not the more popular Triumph 650cc, with unusual disc brakes.”

After several questions from Wineland it was determined that the bike may have been Wineland’s personal bike from years ago. They agreed to meet at Wineland’s shop in Apple Valley.

It turned out the bike, at the time of assembly, was a new prototype – the first and only Rickman “dirt bike” ever made with disc brakes. Wineland owned a Rickman dealer franchise.

Shortly after finishing the assembly of the prototype, Wineland left to work with the Rickman brothers in England for a few months. When he returned he discovered that a salesman had sold the prototype.

Wineland pleaded with the customer to buy the bike back. Long story short, Wineland tracked the bike throughout the years, eventually losing track of its whereabouts.

Wineland straightforwardly told the gentleman that the bike was rare and could be worth a lot more than a 650cc. Then, Wineland offered to buy the bike back.

The gentleman admitted that what he really wanted was a 650cc, not a 500cc. Wineland offered to the gentleman any one of several 650cc bikes in trade, acknowledging that the 500cc may have been worth more than the 650cc bikes, especially to him.

The gentleman felt the honesty and sincere importance the 500cc had to Wineland and agreed to the trade.

He felt very good about Wineland getting his one-of-a-kind bike back and the two had a very good relationship afterward as they continued to talk motorcycles and do business for Rickman parts.

“The smile on his face was worth more than anything,” wrote the gentleman
"I couldn't wait for success, so I went ahead without it"

PBR said:
here is the deal, lynn wineland died. he owned and moved the entire rickman bikes factory to california some years ago. his widow has an entire warehouse with all of its parts, bins in racks, tires, fenders, handlebars, seats, rows and rows of parts and about 20 rickman bikes and more.

if anyone is a collector or is interested in buying all or any of this please pm me and i will set you up with the right people.

Ollie. Let me know what the dealio is. I've got a few friends building bikes right now that would love to hear this kind of info. A couple are building C&J and Trackmaster framed rides as well as some BSA/Triumph resto builds. I know several people in the vintage bike world so let me know some details.

I wouldn't mind building another bike too....you can never have too many toys!!
U

I was at a recent AHMRA event in Jefferson, Texas earlier this month (Diamond Don's) and saw quite a few Rickmans most had Triumph engines but there was a metisse with a Zundapp in it. These are beautiful bikes, and would be a great find for someone into vintage British motorcycles. My garage is way too crowded!!!
V

A friend of mine also had a Rickman Montessa. Fast bike in it's day and handled well too! There was a Rickman dealer in OKC for a while a long long long time ago. You could get any motor in a Rickman Chassis. Most of them were yurpean tho!
"If it can't kill you---it's not a sport"....... It almost killed me dammit...

very interesting indeed. about 2 weeks ago we received a bultaco sherpa 350 in 2 boxes and much to our amazement all the parts were there so i assembled it and the darn thing started on the third kick, simply amazing. and it is an amazingly great looking bike. so it set me to wondering about what has been the best looking bikes of all time and the rickmans rank right up there, my buddy had the montesa metisse in red and it was a stunning looker. which do you guys think looked better, a metisse or the stock bultaco pursang.

I don't think that will happen....at least I hope not.

I've got a couple people that are getting in contact with him about what's available. They're both big into the vintage British bike scene so hopefully they can make something happen.
U

I saw the mention of a Bultaco Sherpa 350. I have one. It is a really cool machine, a little on the cold starting side, but if it's run regularly it'll fire second or third kick. My other project is a Husqvarna 175 Cross Country GP (1974). Vintage bikes rock!
T

I realize this is a very old thread, but hoping for good memories.

I'm on the east coast - lots of wet dirt out here. I raced Rickmans as a kid and knew Lynn from many restoration projects. He was a true gentleman and always went the extra mile to help.

I have two of his machines; one is a machine he never parted with - a Rickman MZ. The other was the prototype Rickman Yamaha that he tested, blew up riding in the desert, and wound up a display bike for Rickman for years. I've got the Yamaha sorted and nearly finished. The MZ, however, is a puzzle. After Lynn past someone purchased the MZ at auction then sold it on eBay. A sale or two later (I can't tell) it wound up on the East Coast - I tripped across it and bought it. It's in great shape, but I suspect some parts were taken off it... the expensive stuff naturally. I want to put it in the form it was in Lynn's shed. He loved this bike and rode it - easy to tell from all the Apple Valley desert dust in the airbox.

When the bike sold on eBay there were pictures of it. And I'm sure Lynn had more than a few pictures of it himself. I've attached a pic of the bike. It's quite an unusual bike being the only one made at the Rickman factory with an MZ motor hand-carried out of East Germany.

If anyone has leads for me I would really appreciate it.