Everything seemed flawless Friday morning for the number 99 Pro 2 team.The truck outfitted with a new Pro Power sb2 and new shock package from King Shock Technology was better than ever and ready for battle!The truck was fast right out of the gate and turning impressive laps around the technical Speedworld track.Lap three I started to find my groove and was confident a top five qualifying position was ours.The transmission started to slip ruining all chances of a good starting position for Saturdays event.We pulled the truck into the grid,washed it off and our triumphant battle began.The transmission change was quick and easy and gave the team great confidence that the transmission and underdrive unit was fresh from premiere off road drive train specialist Rancho Drive Engineering.Saturday we started 13th and moving to the front every lap.Approaching the mandatory caution after an intense battle followed by a mid air collision with B.J. Baldwin a broken ring gear left the #99 pro 2 sidelined.The team was quick to get the gear out and the crew at Rancho Drive Engineering had a new unit built from scratch,shimmed,and lashed at the track in under 45 minutes!Just in time for the combined Pro 2,Pro4 race.I had a great run and was having a fun battle with Jeff Ward for fourth place and $1000 dollars for the first Pro 2,but a flat left rear tire from a previous collision resulted in 8th place.
Sunday was the day to put all the challenges behind us and let it all hang out!With the sold out crowd,no concerns of tearing up equipment,and knowing Sunday was the televised event it was our time.The team knew that qualifying was essential and with out a good starting position it would make for a long battle with the fierce field of competition and lap times so close through the grid.I made bad judgment and went into turn one,one of my strongest points of the track,to hot and put the truck in the k-rail folding up the right front suspension and making a lot of work for myself and the rest of the crew to be ready for the final showdown.With out the help of Pro-Am racing,E3 spark plugs Kevin Probst team,and Lucas Oils Carl Renezeder and crew we would not have been able to fix the #99 pro 2 in such a limited time frame.Our hats are off to them, these teams truly represent old fashion friendly competition being we compete in the same class for the same prize money and both teams offered there crew and resources to get the #99 pro 2 on the track!
We started the race in eleventh place and with a good deal of the fastest drivers in front of me I had my work cut out for me to say the least! We knew that carnage was a factor and that it was very important to pass trucks every lap but most importantly we had to have a good truck and position at the mandatory restart half way through the race.I was sixth on the restart and applying pressure to Jeff Ward,half way through lap nine after the moguls he lost control,rolled and a top five was in our sights.Approaching turn one with one lap to go Carl Renezeder and Greg Adler made contact and I got inside putting the #99 pro 2 in contention for our first podium! But it wasn't over yet with Rodrigo Ampudia and Bryce Menzies In racing range I made a good run through the moguls and into turn four.Bryce and Rodrigo made contact in turn five and left a gap just big enough for the #99 pro 2 to fit in! I got by Rodrigo with one turn to go securing our first podium finish!
A special thanks go out to my family and race crew who are my best friends and biggest supporters.And all the great brands that help make this possible.Pro Power racing engines,K&n filters,Bf goodrich tires,King Shock Technologies,Pro-Am racing,
Rancho Drive Engineering,Kartek off road,Mastercraft seats,Sparco,Carter powersports
,Gatorwraps,Kustom Kolors,Industrial Motorsports,and Two Star Towing! This one is for two of the best men I was lucky enough to have in my life that helped make this dream come true! Thanks Pops and Jimmy! There's a lot more to come!
​

great battle, congrats on your podium.

Glad I had a chance to meet you & your crew Sunday night at the Q Inn. Always like to hear firsthand about what it takes to be able to run with the big dogs. It's great to know that in this sport your own competitors will lend you a hand and their own parts just to get you back on the track. Viva LOORS!

You're the same young guy who built his own truck, right? Good for you!! Awsome finish.

I have a new "personal favorite" top 3 guy to watch in the Unlimited 2 feild.
LORENZindustries.com ++Dodge Cummins Suspension++

Good for you Robbie!
Like I tell my X old lady, "I only drive as fast as I can see!" and "Its all in the reflexes!"--Jack Burtain 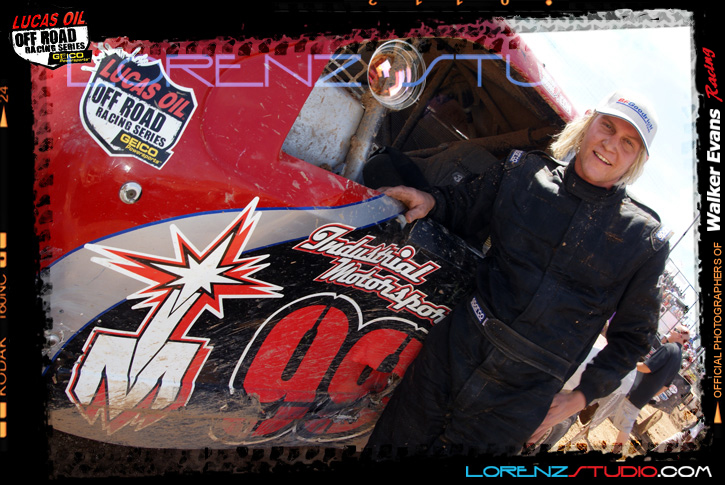 scott creed said:
good job Robby that was some of the best pro 2 racing i have seen can't wait until the next one good luck
scott
Click to expand...

That is so true...very exciting race you put on...Congrats Robby!!!