The Rockstar Hart and Huntington Premiere Motorsports Group once again rolled out an impressive display of high performance off road machines and a talented line up of drivers to lay down an all out assault on nearly every class of competition. Headlining the team of course is Carey Hart piloting the #46 Unlimited 2, followed by Unlimited Lite specialist Chris Brant in the #82 Toyota. Reigning SuperLite Champion, Chad Leising, proved his worth during LOORS Round 1 and returned to avenge a sloppy finish in Round 2. John Fitzgerald, the 2007 Limited Buggy Champion, missed the first LOORS race weekend, but arrived fully prepared for battle with the #314 Buggy freshly wrapped in Rockstar Hart and Huntington PMG Team graphics. Rounding off the PMG Army of short course racers was a duo of Modified Trophy Karts piloted by Anthony Busnardo and Brandon Vermillion.

Premiere Motorsports Group recently moved the entire program into a brand new facility which left little time to develop and dial in several of the race vehicles. Because of this, the second weekend of LOORS, began with a bit of uncertainty. Fridays schedule called for a full day of practice tuning and qualifying, however the Arizona desert spirits had different plans tossing mishaps and misfortunes to a number of race teams. The PMG Crew recently installed a new Tubeworks rear end and hubs on all four corners of the #46 Unlimited 2. During Fridays practice sessions it was apparent the truck was down on power and suffering from a number of problems. While in staging for a qualifying session on Friday, Chad Leising’s #17 SuperLite suffered an engine failure eliminating any opportunity for decent seat time on the new track. Anthony Busnardo’s #502 Modified Kart suffered from major engine failure on Fridays practice as well.

The experienced professional crew members at PMG immediately devised a plan of action to get these three back in the game. Redline Performance was called to the scene to assist in the tedious task of installing new Fuel Pumps, Ignition, and coolers, complete with a near total re-wiring of the Unlimited 2.

Premiere Motorsports Group took position of a Honda 450 Modified Kart on Friday evening in order to get Anthony in a competitive and working vehicle. Busnardo wasted no time and began transforming the fresh addition into the new Rockstar Hart and Huntington PMG Trophy Kart for Saturday’s races.

SuperLite Crew members Blake Wilkey and Brett Ferguson tore into the truck pulling the Mazda 13B Rotary Engine for motor specialist, Craig Stevens to begin an all-night rebuild. Working till 4:00am the next morning the 3 finally had the #17 SuperLite back together and headed to the hotel for a short nap. About 9:00am and back at the PMG pits, Craig had the motor fired up for the first time running loud and smooth like a Rotary motor should.

Speed World’s track workers designed a course that presented several high speed sections, plenty of passing opportunities, and a number obstacles creating a scenario where the smartest drivers would come out on top. As expected, the racing unfolded with non stop action and tremendous carnage. It is a sure bet that every single fan got what they paid for and are sure to return again during the 5th stop when LOORS revisits Surprise Arizona in mid October.

Chris Brandt defined his status as a short course Rockstar, running consistently at the front of the pack and throwing down some of the top times throughout the weekend. Brandt qualified the #82 Unlimited Lite with the 2nd fastest lap times for both rounds and ultimately earned two 2nd place finishes for a total of four in a row. This will position Chris second in points behind Robert Naughton and in a good contention for a championship battle.

John Fitzgerald broke into LOORS with a fantastic performance earning two more podium finishes for the Rockstar Hart and Huntington Team. Consecutive 2nd place finishes is not too shabby, however Fitzgerald was aiming the #314 Limited Buggy to a dominating first place finish during Round 4 when the brakes failed and Bryce Menzies edged him out of 1st place.

Carey Hart struggled with the tired Unlimited 2 Chevrolet all weekend. The PMG Crew had the truck well prepared with a number of upgraded components installed. Fox Shoxs re-valved the suspension package and the truck seemed more predictable overall, however the power was just not available and could not keep up during the races. Carey focused on the task at hand to get some seat time and get comfortable competing in 4 wheeled vehicles verses two. Throughout the weekend and in between a very complex schedule of non stop business and promotions, Hart did take the time to stop by a several local businesses for meet and greets around town and made the day complete for many fans at the track during the scheduled autographs sessions.


• Rockstar Energy, Bigger. Better. Faster. Stronger. ROCKSTAR is the world's most powerful energy drink.
• General Tire was founded in 1915 and is one of the top automotive suppliers worldwide.
• GEICO insures more than 15 million vehicles offering customers insurance products for their motorcycles, all-terrain vehicles (ATV's), boats, homes, apartments, mobile homes and more.
• Simpson Performance Products has been the leading manufacturer of safety equipment for the Motorsports industry since 1959.
• Fantasy Off-Road Racing.com is the exclusive and premier place to get your Fantasy....Off-Road style game play in gear.
• Bully Dog Technologies # 1 In Performance is recognized as the leader in the diesel performance industry worldwide.
www.premiermotorsportsgroup.com 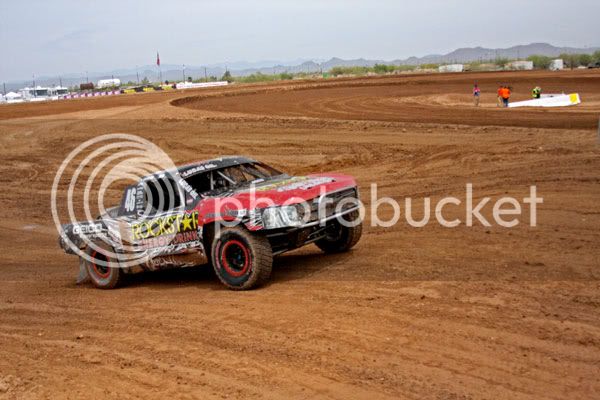 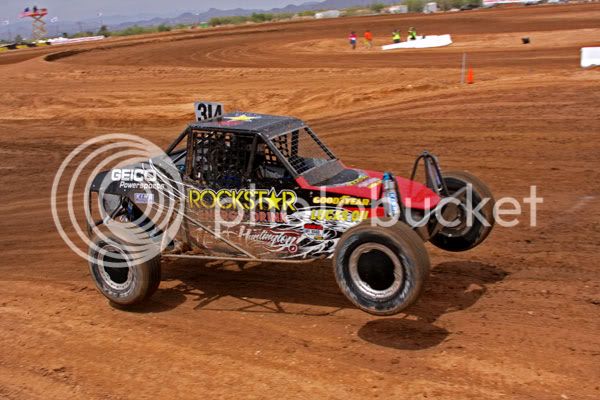 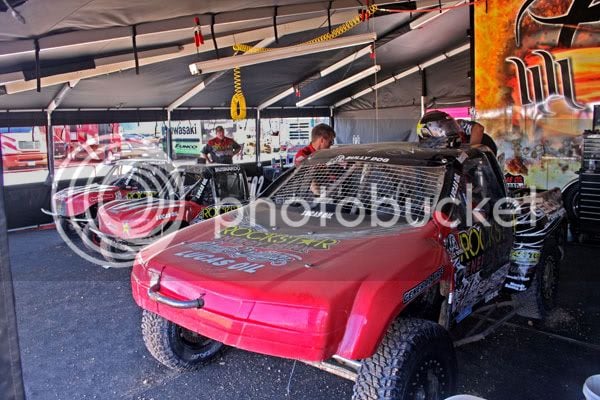 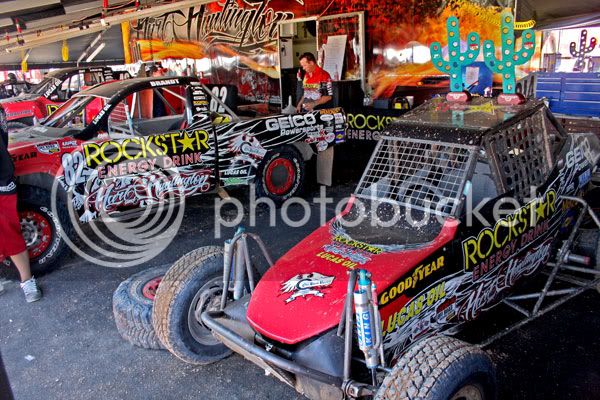 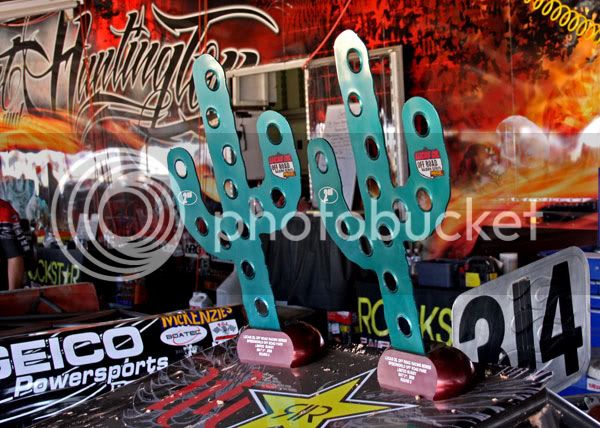 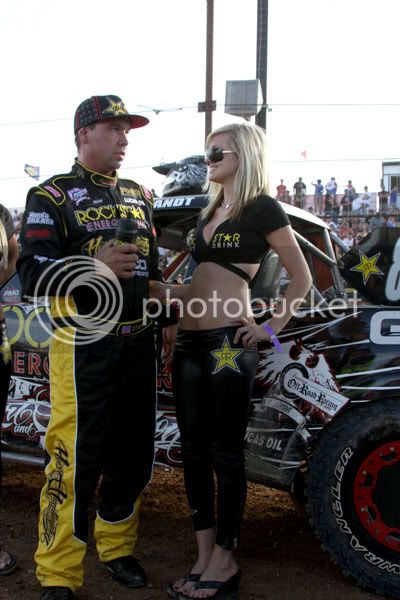 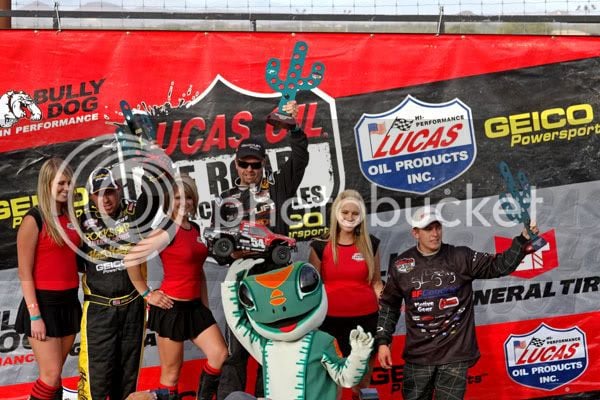 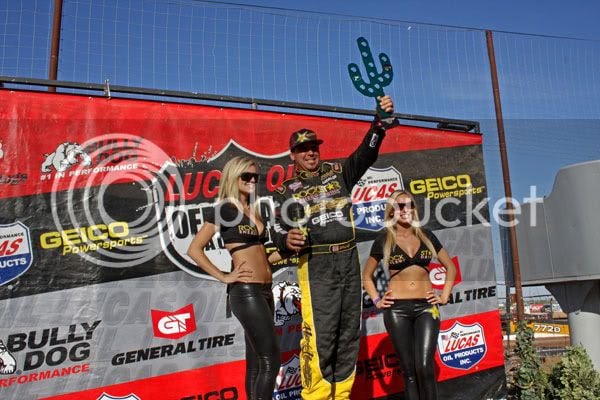 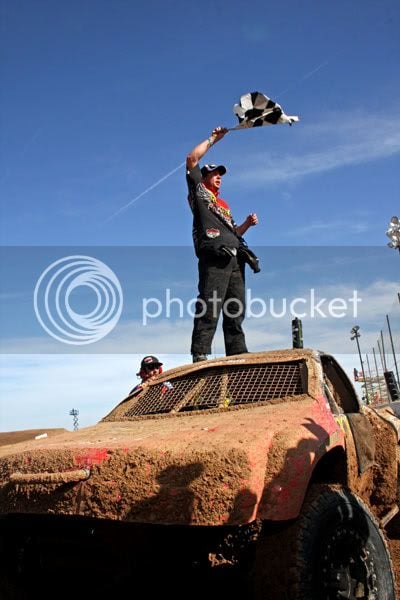 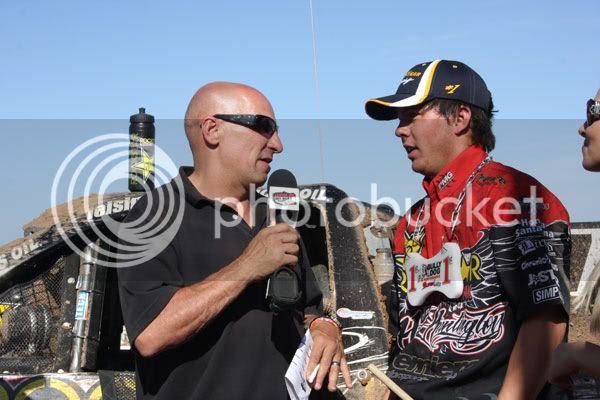 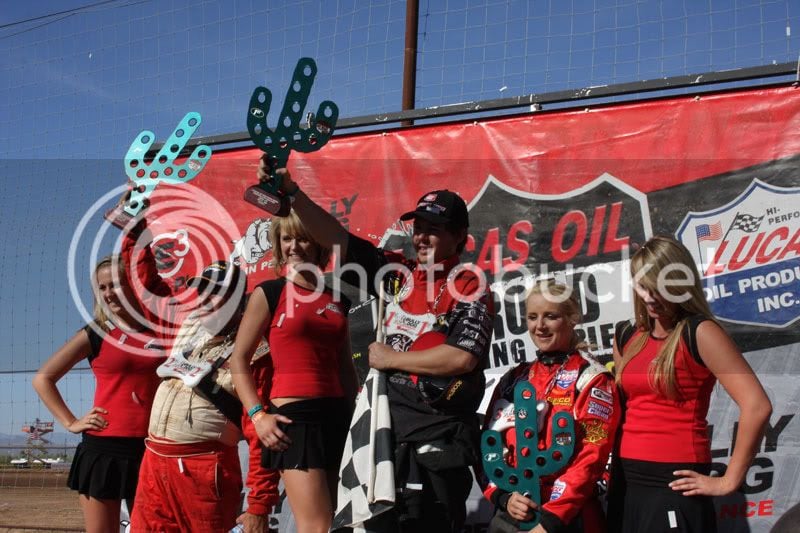 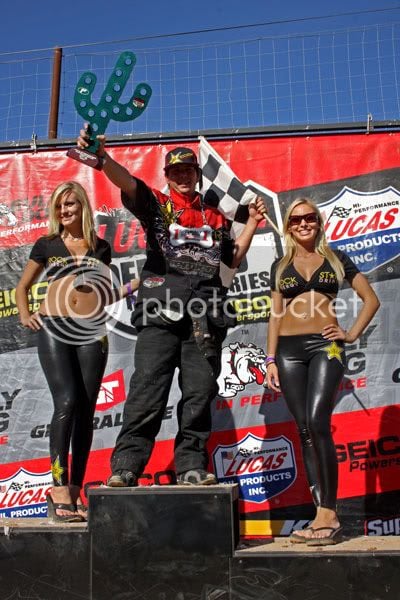 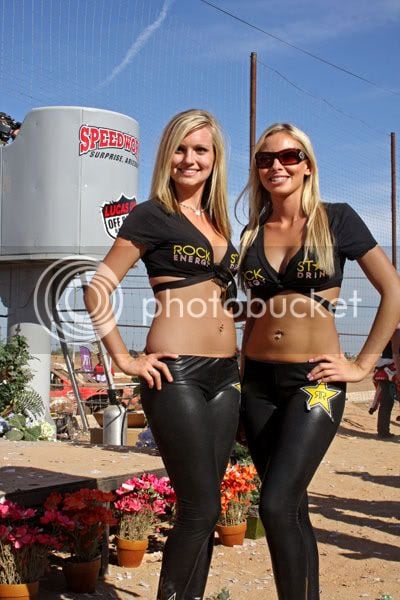