TJERGENSEN said:
scott , is there a room code for the new hotel, is there safe parking for big trailers and chase trucks. ?
Click to expand...

I think the "code" is "Sonora Rally", as listed on the website. Darren and Erin would know better since they are the ones handling that. Same deal with the parking, ask Darren. All of the hotel options are different places than past years.

BTW, dogfart team is entered again, as is the navigator (mike's) mom/dad in Safari, and another Predator buggy.
Devilish !​

Scott, many thanks and please don't take my above comment the wrong way. In hindsight it seems out of line and I regret making it on a public forum as I don't have all the inside data. Please accept my apologies. Dogfart and Shirley especially - you guys rocked it regardless - and you didn't make any big mistakes - very clean race - that's key in rally raid. I do wish I knew what transpired in scoring though....I expect it had to do with dropping 100% of the day 1 penalties due to some scoring equipment failure....

It sounds like the competition is going to be hot this year - TT's against buggies against KOH cars!!!!

My money is on the Jergensens. If they can keep the wheels on the ground they have the speed, navigation, guts and experience to win big. I've been wondering how their car held up following last years challenges.

Anyway, I'm looking forward to helping out this year. We will know soon.

Hey, try to get wifely approval after your car burns completely up

TJERGENSEN said:
scott , is there a room code for the new hotel, is there safe parking for big trailers and chase trucks. ?
Click to expand...

In San Luis the new Araiza Hotel has limited parking. For Sunday night we will have half of their parking lot and also guarded street parking next to hotel. For Sonora Rally reservations at the Araiza contact Rossicela Felix:

Monday night we will have secure overnight camping and parking available at the location of tech inspection, the municipal park called El Bosque. It will be a sort of an urban bivouac and the prologue will start and finish from there, as will Stage 1 on Tuesday morning.

Here are the other hotels:

Darren can we have a bomb start fir the cars

Darren, a mass start might be possible on the day we cross Daniel's southern property, before reaching Bernie's place. Would be a very cool helicopter shot for bike start and later car start! Though it might get a bit chaotic where it funnels down 2 miles later. The lead car navigator would be in a panic as the nav gets tricky where the course narrows! None of the other starts have a wide enough area.
Devilish !​

Here is the our latest press release with route and rally school info. There only a couple of spots left for those wanting to join us on this little adventure!

Team Nacho Cheeze will be back but we will be racing with El Gusano this time. 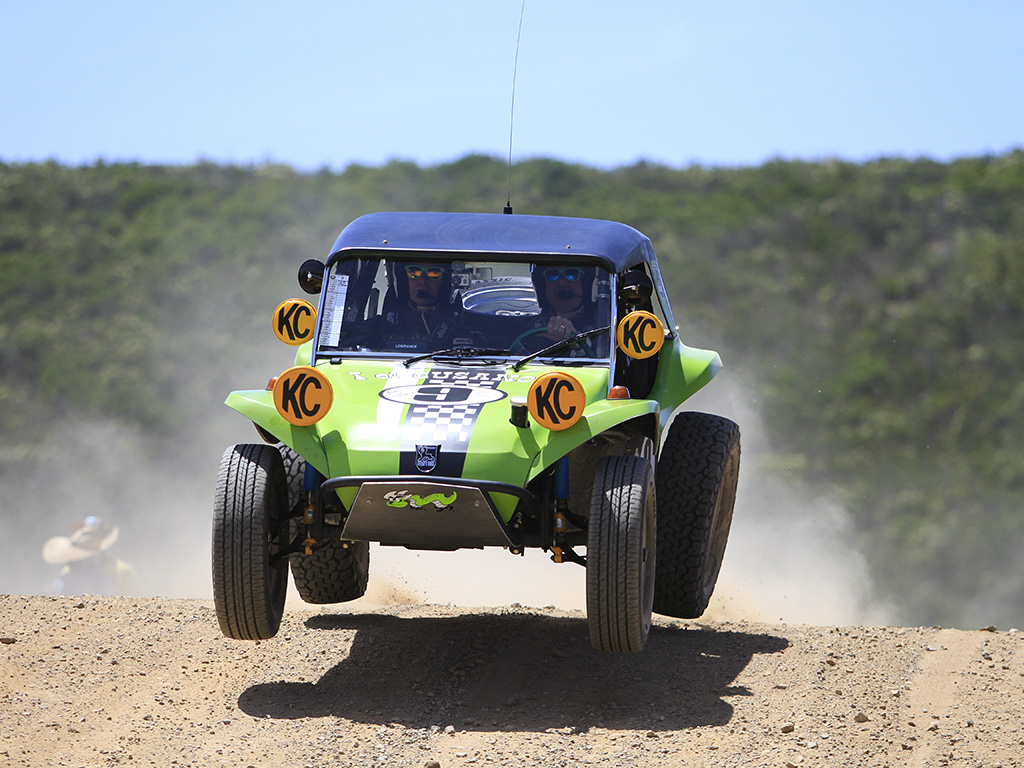 The Sonora Rally navigation school this weekend will take participants through a variety of desert terrain, and a variety of roadbook navigation challenges, giving them a leg up when the rally begins in March in this same region. Here's a sample of what they are in for out in the dunes! I really want to do this rally next year!

Darren and Rodo are out there validating the roadbook for Sonora Rally Stage 1.

This years Yokohama Sonora Rally will see a record number of competitors tackle North America’s premier rally raid. With entries from Japan, Hong Kong, South Africa, Canada, the US and Mexico, Sonora Rally is approaching the entry cap of 50 entries 3 weeks before the green flag is set to drop. Sonora Rally organizers will accept 5 additional competitors before closing entries, so we encourage you to enter ASAP and reserve one of the few remaining spots before the entry fee goes up MARCH 1st.
ENTER HERE
Devilish !​

Race Course Stage 2 - 100km of dunes HP, plus a long beach run and a few other surprises outside the dunes.

It was 5 years ago this month that Mike Shirley and Russ Martin joined me for our very first rally prerun and scouting trip in Sonora, Mexico (see photo). I had the vision for a couple of years of making a multi-day cross-country rally there, utilizing the vast dunes as the centerpiece. I made a couple of roadbooks for possible race stages, and we went to see what the terrain was really like, and to verify the roadbooks.

I had been there only one time before, back in 2005 with Kevin Heath, Alan Roach, James Embro and a few others in preparation for our 2006 Dakar attempt. The experience of riding those incredible dunes stuck in my head for years, until 2013 when I decided to go forward with the rally plan.

Knowing that I didn't want to run the whole rally show, Darren Skilton joined the team to take over as rally boss, allowing me to sort of concentrate on my favorite parts which are exploring, creating the routes, making the roadbooks, and prerunning. I ended up with a lot more on my plate, but it has still been a ton of fun!

We had a rough start the first two years trying to pull the rally together and run most of it in wide regions where no off-road racing had ever taken place. There were countless political, logistical, environmental and other challenges. We evolved it through Diabolical Rally, Cortez Rally, eventually settling on the Sonora Rally name. And to a great extent through Darren's hard work, and significant help from many volunteers, it has become a world class event.

The location in the photo was planned to be part of the rally route every year since 2013, but every year we ran into issues that kept us out of that particular area. This year Darren, Rodo, and Erin put in a herculean effort, finally overcoming the issues. So, here you see a piece of the 2018 race course, FINALLY!!!

Oh, that photo spot is indeed a triple danger ! ! ! in the roadbook because the road is perfectly straight for several kilometers, then comes over a blind rise and makes a sudden unexpected 90° turn right before a near straight-off cliff. You'll never see it coming!!!

Anyway, that's a super abbreviated history of Sonora Rally, and it gives a bit more significance to this 2013 photo. Thanks for the background Scott!