...Been consumed lately with my "real job" but should have some updated pics soon...

Some past work has included making all the brackets to "show-off" the Rigid Industries LED bars as they should be (anti-collision lighting, forward markers, tail/brake lights etc..) Making sure all lighting has complete range of motion adjust-ability. Real world pics should be coming soon. 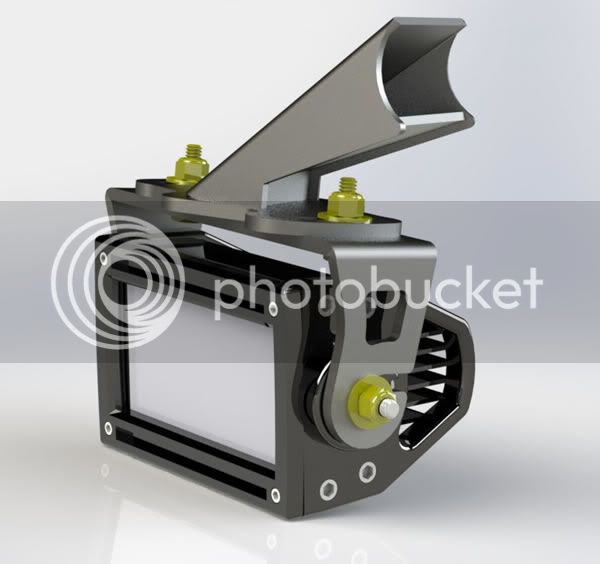 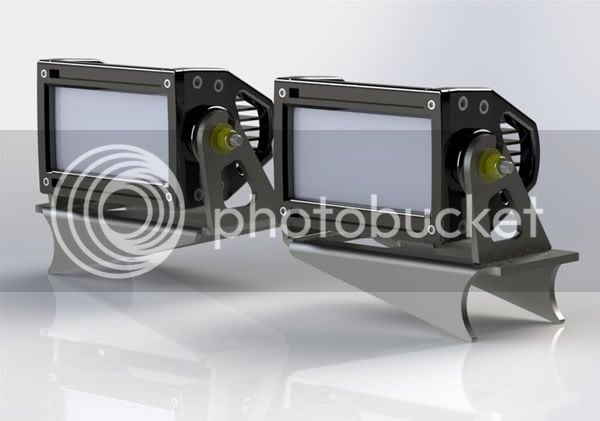 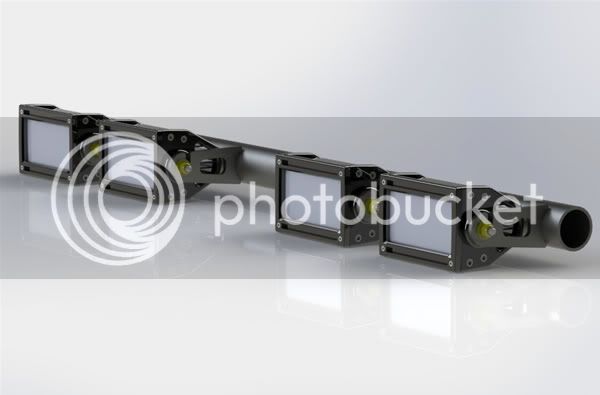 No particular reason to include this one, other than I think it looks good..... 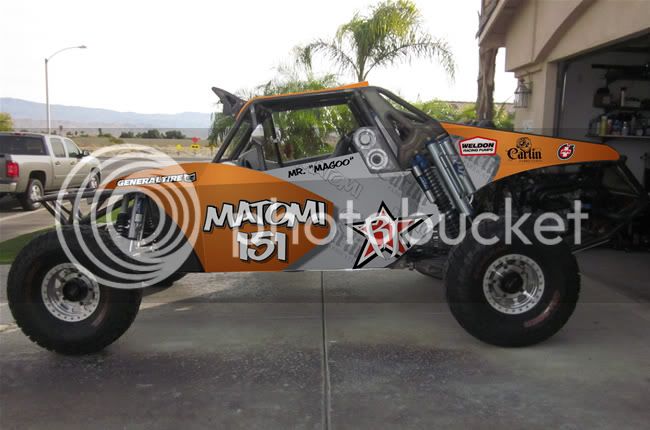 We hate to beg, we know you have a real job. Light brackets look like the right stuff.
Advertising supports this site

Hopefully, now that things seem to be settling down, more time can be spent on the buggy....

In the process of getting all lighting mounted on the car, the Rigid Industries LED bars are pretty amazing! For such a small footprint, they definitely put out some serious light. The front lower LED lights are all amber and can adjusted 15 degrees inward to 30 degrees outward. The headlights have a H3 bulb and can be toggled between Hi and Lo beam. Also, what is not pictured, are the 3 GoPro Hero2 HD cameras. The rear facing camera will be mounted between the rear brake lights under the rear visor. All cameras will be hardwired with 32G SD cards and be controlled through the Wifi backpac and remote. The interior camera has a dedicated audio cable from the intercom and the forward facing camera will be mounted between occupants at shoulder height.

"Hopefully" updates can start up again and get this thing done... 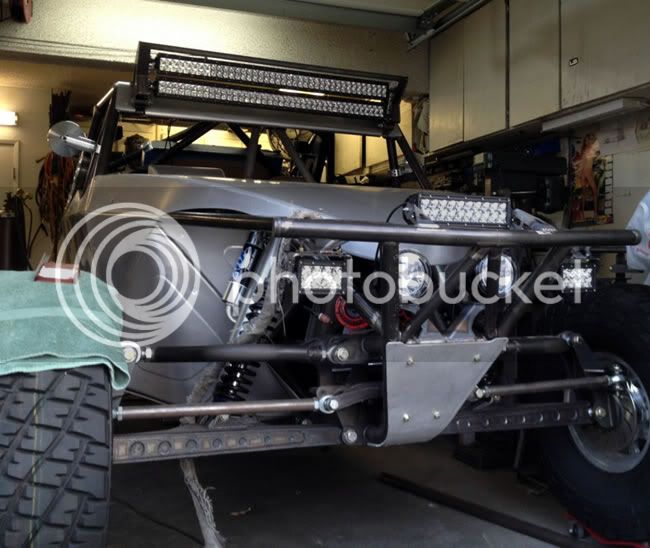 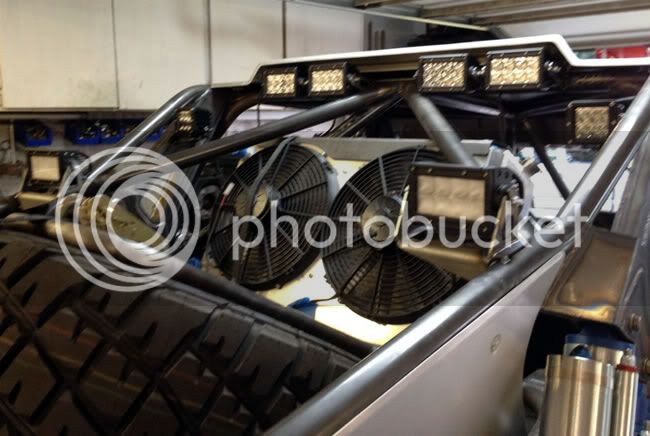 Finished mounting all lighting that will be on the car's exterior. Performed a quick electrical connection to all lighting, checking for casted shadows, visibility as it relates to other components and overall placement. "Hopefully" there will be enough light... The rear small white lights are work lights on a toggle to be turned on/off as needed. Also, mounting of smaller components such as breaker bar and similar. Time to finish a few interior brackets and look towards electrical and plumbing. 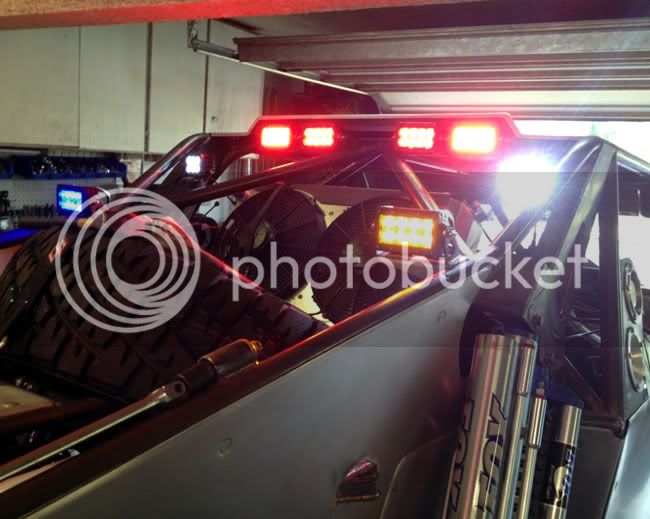 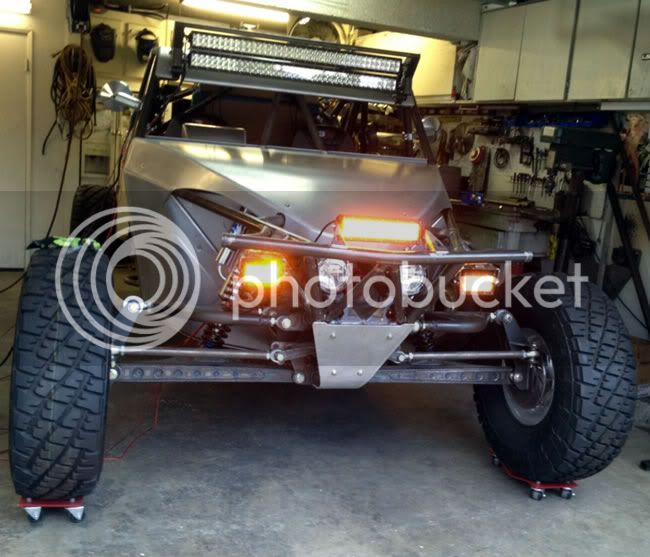 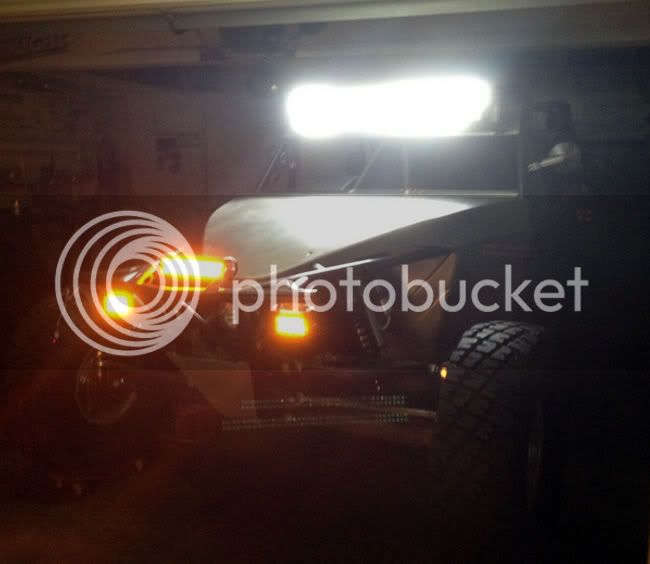 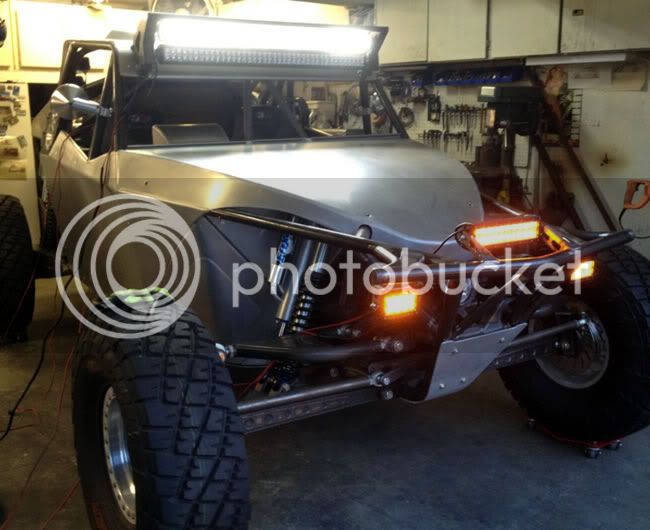 As a side note, been contacted a few times about making another chassis. Had Craig over at R&I take my rear arm and perform his magic. Now, the car will have more of a Class 1 look (rear arm) and be easily replicated for future needs or replacement. Craig did a great job and look forward to them being welded up and on the car. 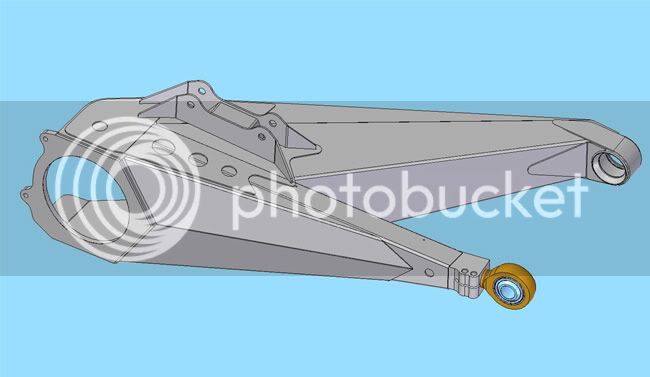 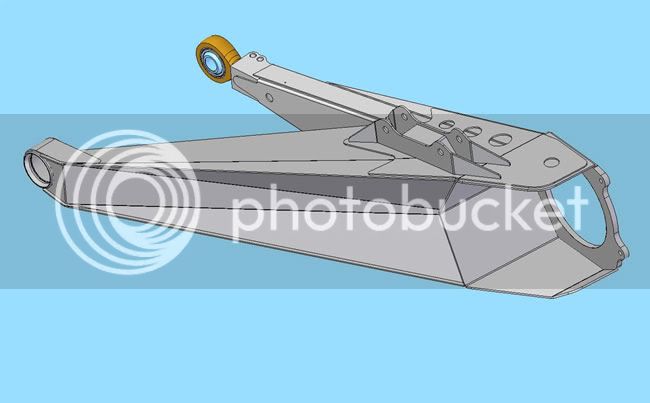 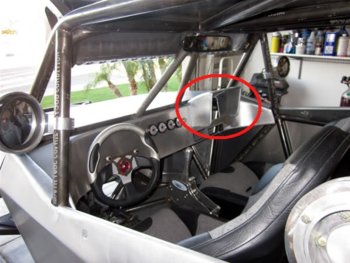 This is just one of the many small touches that set this build apart from all others. Outstanding. I can't wait to see this buggy under it's own power.

Not sure if there is enough LEDs on it
S.U.P.E.R Society of Underground Posting Enthusiasts and Racers
"WITH ALL DUE RESPECT"17k,44k WINNER  PDAILEY'S NEW BABY BOY

There is NEVER too much light in the desert me likee a lot!!!!

Excellent work! Thanks for taking the time to document it so well. I really enjoyed the blow by blow.
D

goofballracer said:
Not sure if there is enough LEDs on it
Click to expand...

That's exactly what I was thinking... you can never have too many! There are four courtesy lights being added to the interior, so "hopefully" that will round out the lighting...


BeyondInsanity said:
Excellent work! Thanks for taking the time to document it so well. I really enjoyed the blow by blow.
Click to expand...

Thanks for the good words, it is appreciated. The buggy had to take a backseat for a while but finally I am back at it. Although my self-imposed deadline of the MORE Chili Cookoff will come and go, I can start to see the light at the end of the tunnel. Been making all of the little things that don't show much but take time to make...

Made these window net releases for the buggy that will be identical both top and bottom. That way, regardless if the car is on its wheels or lid, the net comes down the same. Also, with the limited mobility in a helmet and HNR device, I wanted to make sure you can get the net down with little effort... if you see a red handle, pull back and net comes down.

Thanks for taking a look. 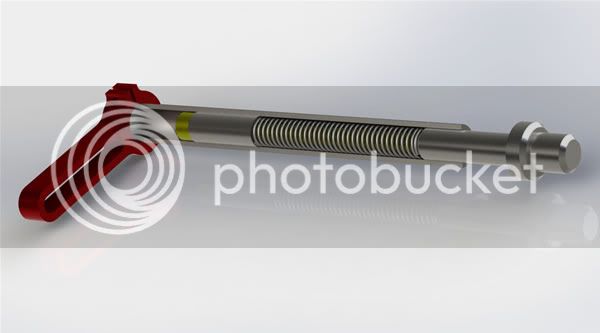 This was the initial "working" version to check dimensions 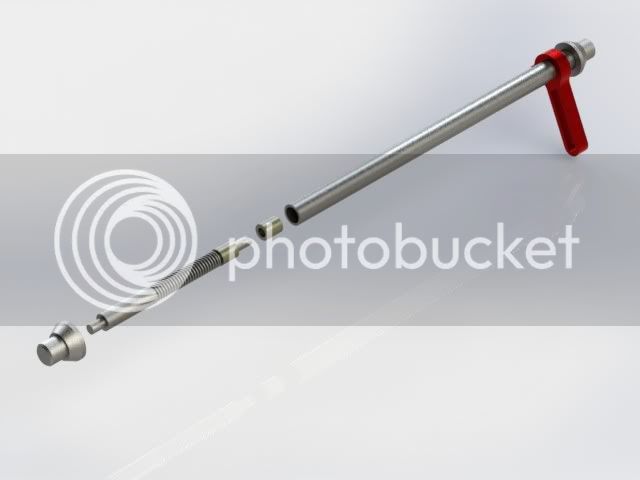 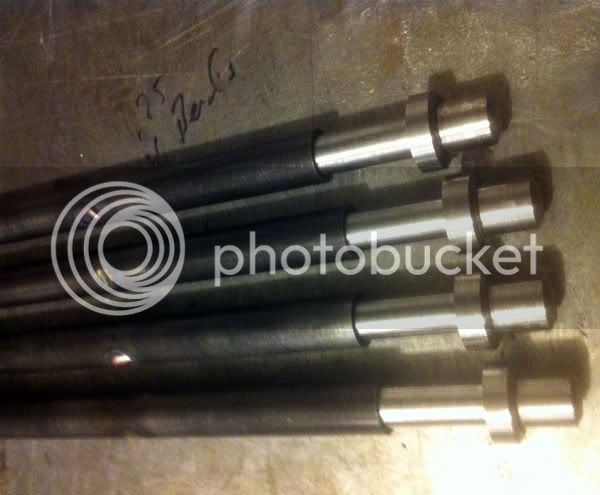 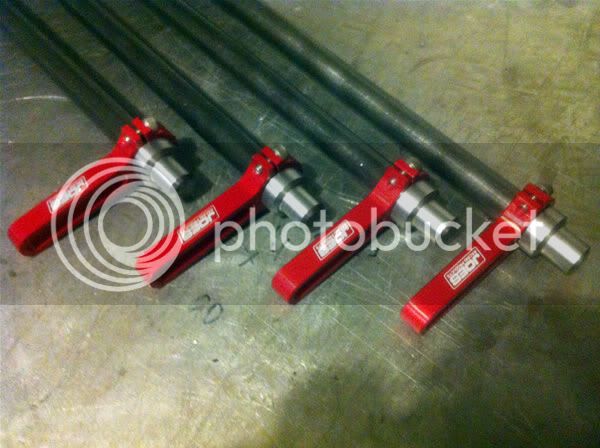 There always seems to be something "little" that needs to be made.
D

Phenomenal build, excellent craftsmanship is always a pleasure to look at.
N

Any updates on your car?

Updates? I have thoroughly enjoyed this thread!
Advertising supports this site

i want to know when test day is so i can take that day off .
S

5racer said:
i want to know when test day is so i can take that day off .
Click to expand...

me too
Famous last words: "what could go wrong"?
D

5racer said:
i want to know when test day is so i can take that day off .
Click to expand...


Tell me when it is too and I will take the day off with you guys... Been on shift for some time, will post update pictures as soon as I get back home.
D

Still moving along, it seems it is the small things that take the most time.

One thing that is a priority is having brackets serve multiple functions, if possible. In my 'mind', this will cut weight a little but should make things easier to prep since you don't need to remove 10 things to get where you want to be.

As an example, you model up a bracket for the dual fuel pumps/filters and have it serve as a chassis component and a spare tire standoff. After you go through all that trouble and weld it into the car, it is not visible to the observer...you know it is there but not easily seen. So even though you've spent considerable time on it... people will say "I don't see anything different". That being said...there is A LOT of those 'brackets' on this thing... 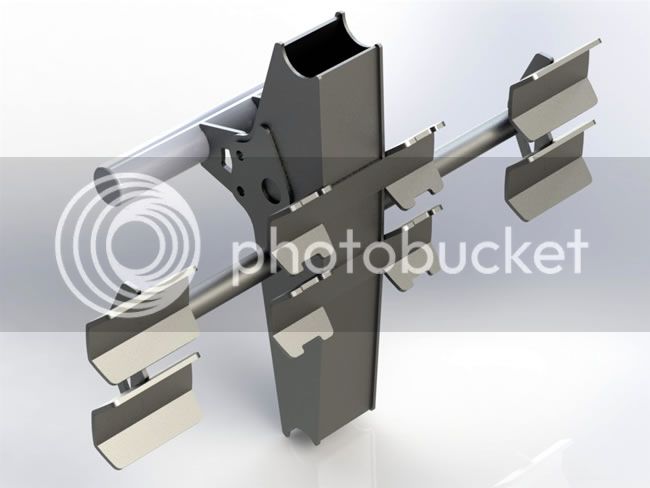 Getting closer... at least at this point the wife now says..."Oh I see what you're doing now", so it must be getting closer.

Had the panels powdercoated in a Crystal Grey to serve as a base for any wraps or stickers. Plus it should 'darken' down the cockpit from reflections during the night. 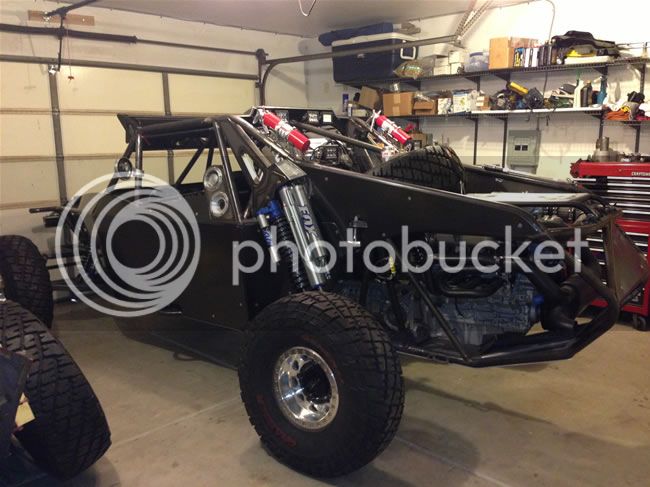 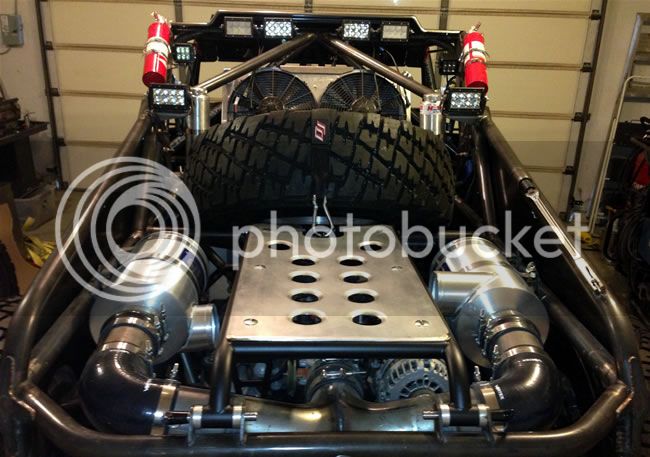 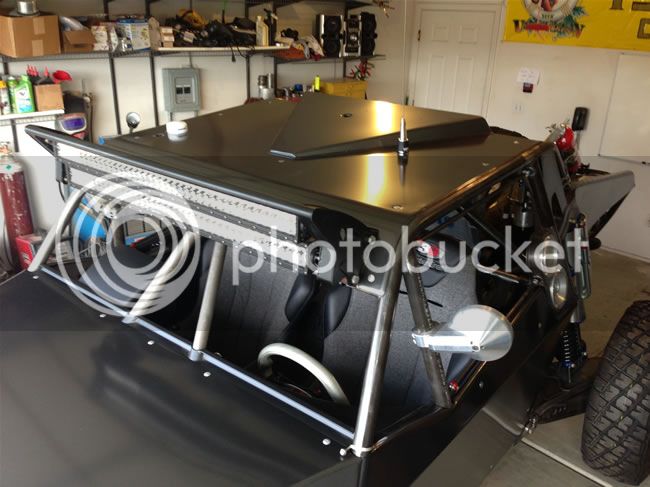 After looking around at different ways to remove nets and reading up on 'post-incident' write-ups on fires, I didn't like what was available. My thought was... regardless if you are right side up or on your lid, removing the nets should appear to be the same and be removed the same. Rather than having the top removed one way and the bottom removed another... this 'could' become confusing in the 'heat' of the moment... and wanted them both removed the same. So these were cobbled together on the lathe. 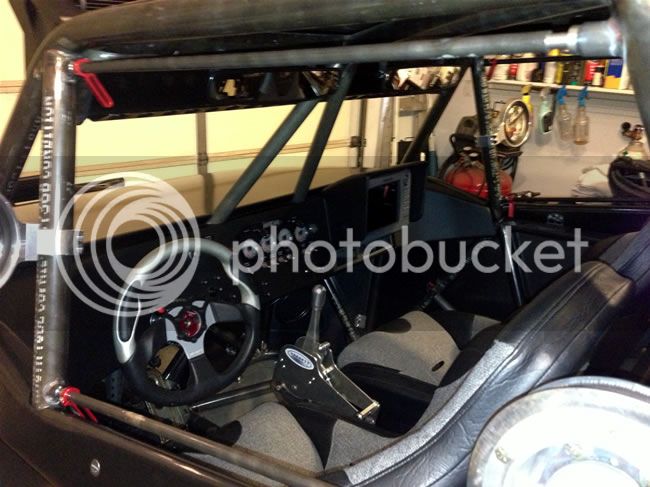 All steering, pedals, dash components are finally in and just needs plumbing. 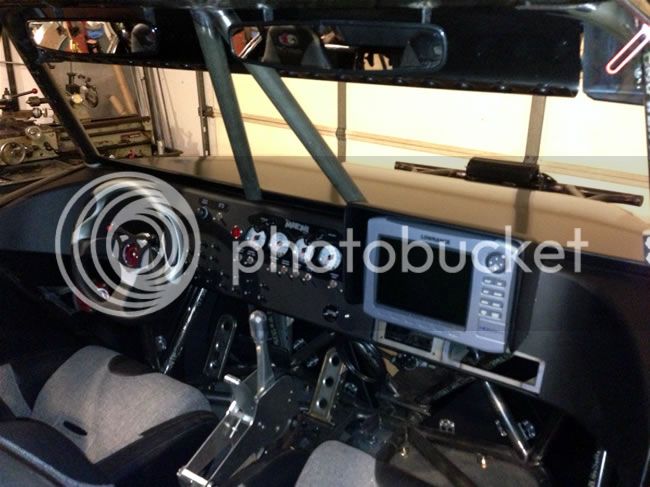 Very pleased with the dash, having illuminated dash labels should come in handy. Also, being able to design them any way you want... ties everything together. 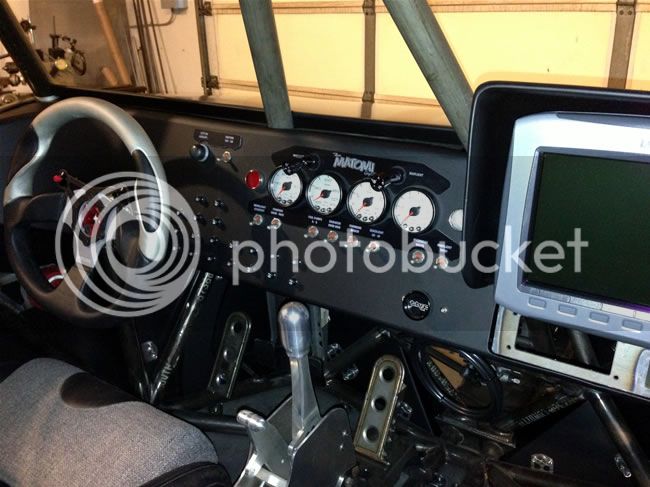 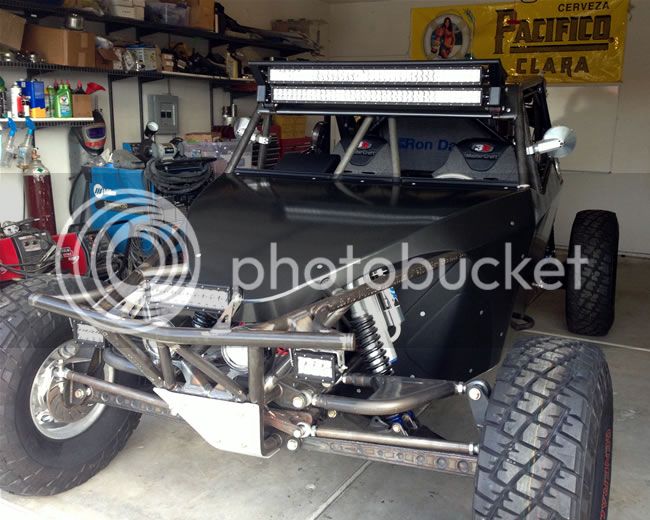 Thanks for taking a look... hopefully, this will get done sooner than later. I rather take my time and do it right than make compromises and not be happy with the final result. So far, with the help of some great build sponsors...the project is turning out nicely.
D

Also, when you have some scrap laying around... it becomes lugnut holders. 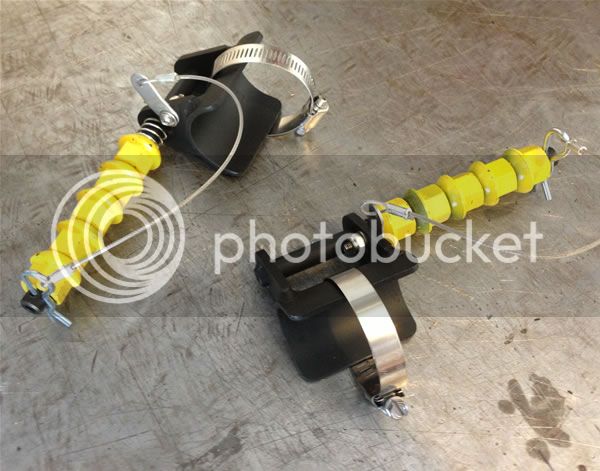 The passenger/Co-Driver's "Oh No" handle has the same PTT buttons to activate the horn or intercom as the driver. The buttons were placed on a 10 degree offset to make them 'ergonomically' accessible, since your thumb lowers and rotates laterally when going through a range of motion. (Yes, the wife says I overthink these things too). 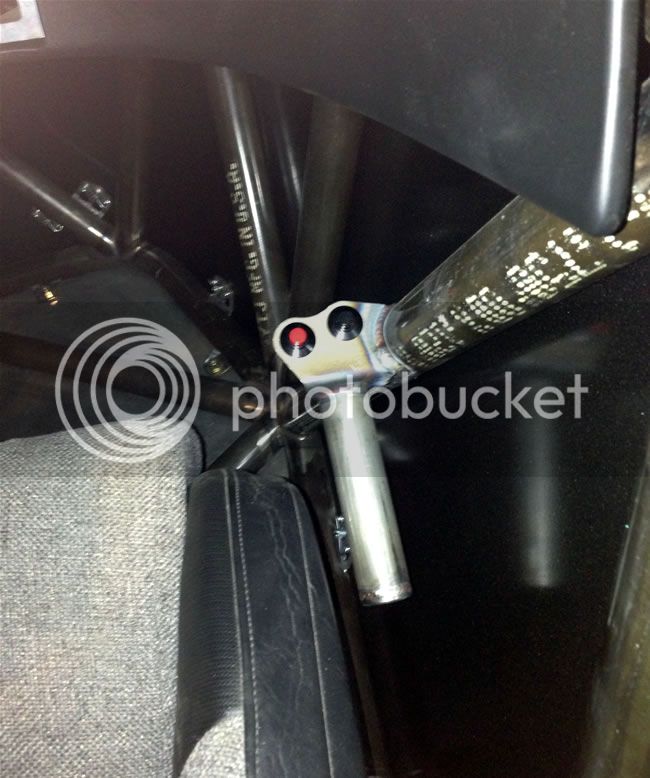 And of course, a couple of these 'things' 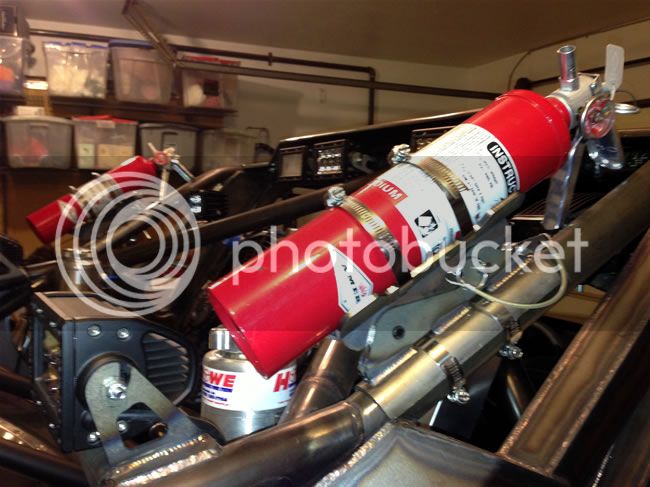