Team losi & the dirt alliance donate to the lusk foundation// 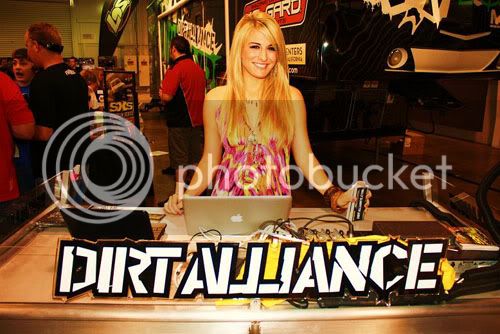 Dirt Alliance was rockin' out at the Extreme Motorsports Expo in Costa Mesa this weekend showcasing the dirt lifestyle through some awesome vehicles including Brian Deegan's Pro Lite, A few Cognito Motorsports Trucks & The RBP/KalGard backed Trophy Kart of Austin Reed. 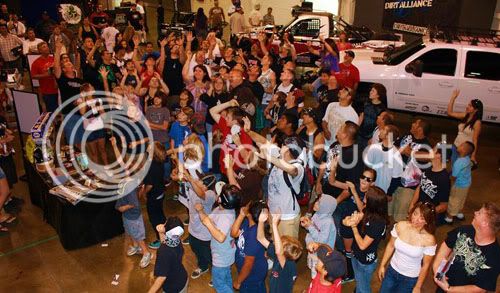 Team Losi, the dominating force in RC Car Racing was on hand as well, letting the public demo there RC Products with a charitable donation to the Lusk Foundation. 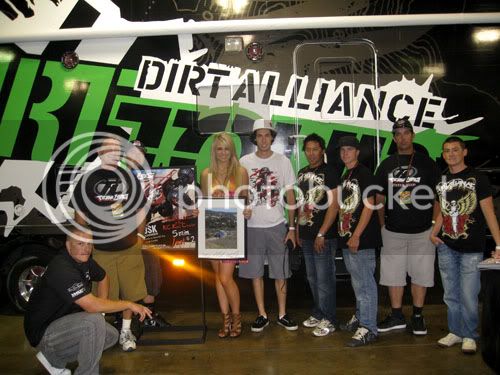 Even in an ailing economy it was awesome to see crowd's on hand to have a good time at the show & get stoked on Off-Road. 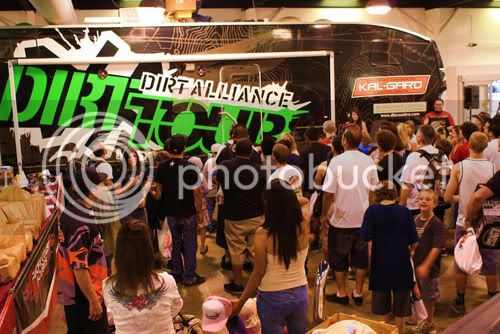 We were able to donate several hundred dollars to the Lusk Foundation & show some support! They even gave the LOSI crew a bitchin framed picture of Jeremy Lusk doing what he did best - Going big on his dirt bike! 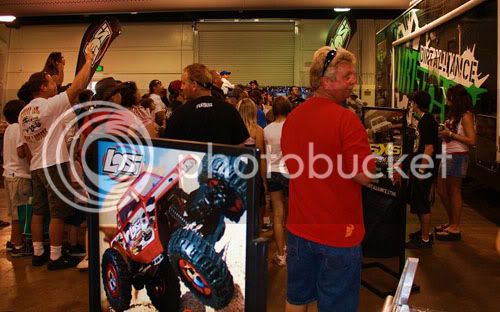