The ProTruck made a trip out to Jean on Monday morning and the truck was FAST right out of the box. A spring change was the only thing needed as Billy Goerke (riding) and Cody Swanty (driving) took the truck out for a few hours so Cody could get use to the new updates on the truck. More spring was needed for the bigger fuel cell and bigger 37" tires sitting in the bed of the truck along with some minor tweaks here and there. Testing went pretty much flawless until Cody smacked a huge rock with the rear tire and cut it down. The guys said they had never seen anyone smiling so big coming in with a flat tire....the truck is GOOD! The headers turned out outstanding from Greg at REF Unlimited....as usual. I'm having a hard time uploading the video from the test but the first video shows Cody running approx 50-55 mph down the whoop section near the spectator section of the MINT 400 course. Later that day Cody was up to 3rd gear almost topped out at 85mph and the truck was floating level. Not bad for an old ProTruck in the big whoops!

The truck is scheduled for a dyno run with Kroyer this morning and then heads back to Collins for some touch up work. Tomorrow the truck gets the wrap put on the truck by Patrick Signs so hopefully by tomorrow evening we will see what she will look like in full race trim!

We picked up a new sponsor....well, not really new to me but maybe new to Swanty Racing. Ironclad gloves jumped on board with some gloves and apparel, now our team will have some much needed hand protection when they are all holding adult beverages AFTER the race celebrating a great run!

We'll be using their "Superduty" gloves which are perfect for what we will be doing out in Baja... 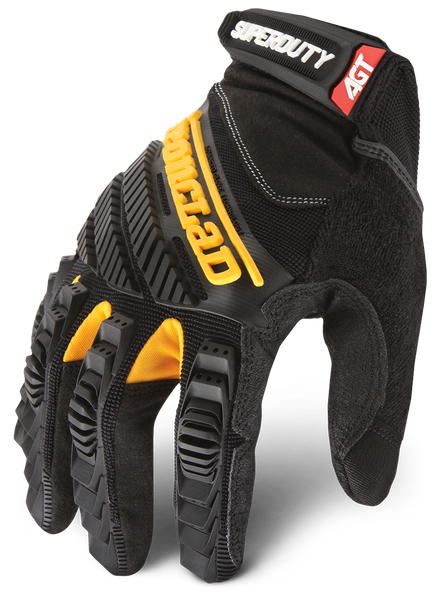 More boxes of goodies arriving daily, tune in.
All I want to hear out of you is “speed zone”, “we’re on fire,” and “I got the fat chick.” Zambo