Greetings. Posted this on a sand site, but perhaps it's better suited for here. When it comes to desert buggies, I've always understood the track width (front vs. rear) should be the same or, if using wider tires in the rear, the outside of the tires should have the same width (front vs rear). Makes sense to me. I'm building a Desert Dynamics large sand car right now (2008 4/5 seater that was never built) and as I get closer to roller stage, it is starting to look like the front track width is going to be several inches wider. This is with the factory arms all around. Can this be? Are dune-specific cars generally built with a wider front track? I'm building this as a desert car, so I'm rather concerned (I also already have my wheels and brand new tires mounted, so I'm stuck). I'm not rolling in the front yet, so my measurements are largely guesstimates, but when measuring from the centerline to the caliper mounting plates, the front is definitely wider. Rear spacers aren't really an option. So oh knowledgeable ones, are sandcars often set up with narrower rear track widths because of the big, wide paddles, or?? This car has the standard Desert Dynamics 3x6 rear arms (modified for 930 mids). If trying to get my track widths the same, I'm thinking new, wider arms are about my only viable option (want to keep the same combo on all four corners if I can). Thoughts? Thanks.

Oh, I had a Chenowth and that car had a wider front (beam car). I always felt this made the rear looser in the turns in the desert, although I'm told that it would have had the opposite effect. 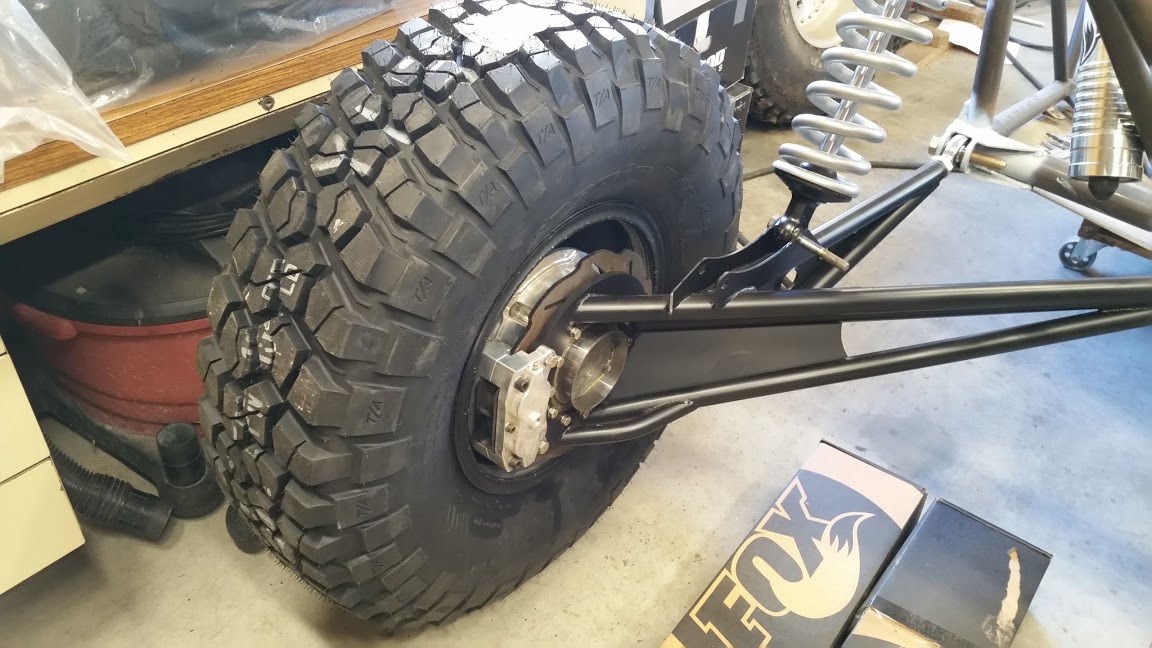 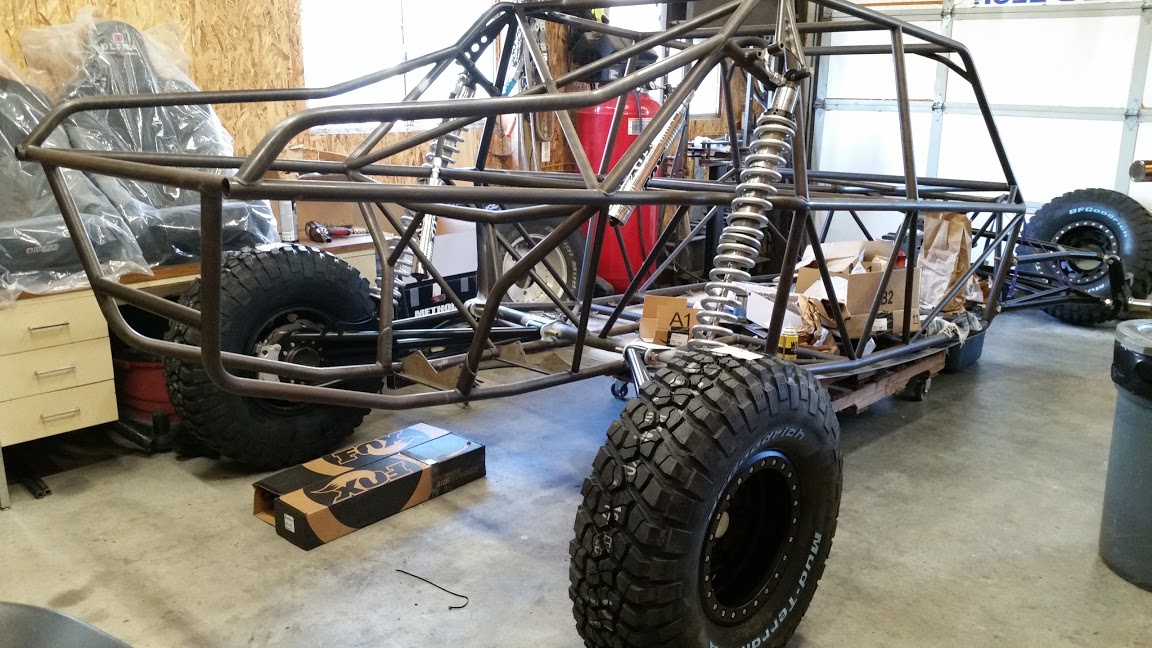 Not sure if it applies to buggies but when I ordered my camburg rear end they said they build their kenitik trucks with a 1.5" narrower rear track.

Thanks. Looks to be a good 9" difference. Perhaps 10". May build or have built 7" narrower front arms. I'll make up the difference, if need be, with ture selection after I wear out these four new BFGs. Thanks again.
Desert Dynamics Hater

10" is alot. O have had buggies and trucks about 2-4" narrower in the rear but nothing more then that.

I think it will drive just fine, one of the challenges will be things you miss with your front tires you may hit with your rear tires when you try to straddle rocks in the desert. I think will handle fine, you could look at wheel spacers on the rear but I wouldn't go four and a half inches wider on each side! maybe two It will get you closer