E Gud said:
Nice Pictures Wes! The bronco raced both class 4 and class 3. Do you think I should start a thread on it?
Click to expand...

Gud, I think you should start a thread on it!
Wes Kibble
Toronto, ON
Off Road Race Canada
My Old School Off Road Website
Baja North
Follow Me On Twitter

Lance T, I did not realize that Beals Pathfinder was Balch's old ride. That is awesome. 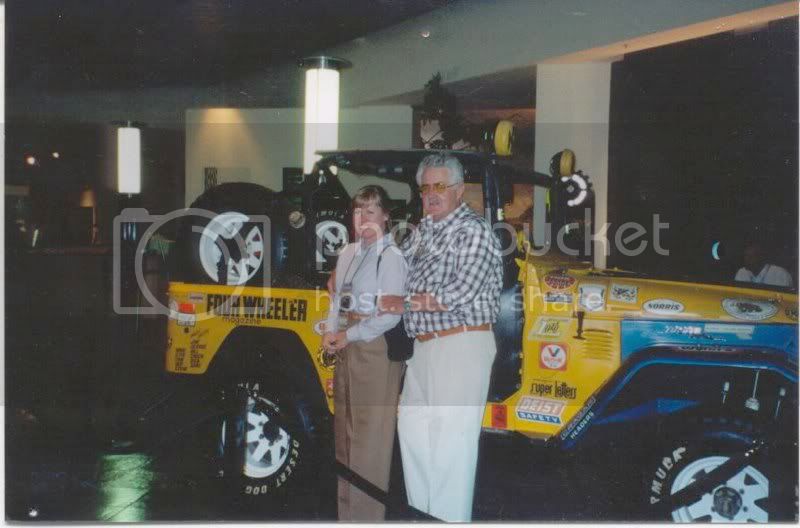 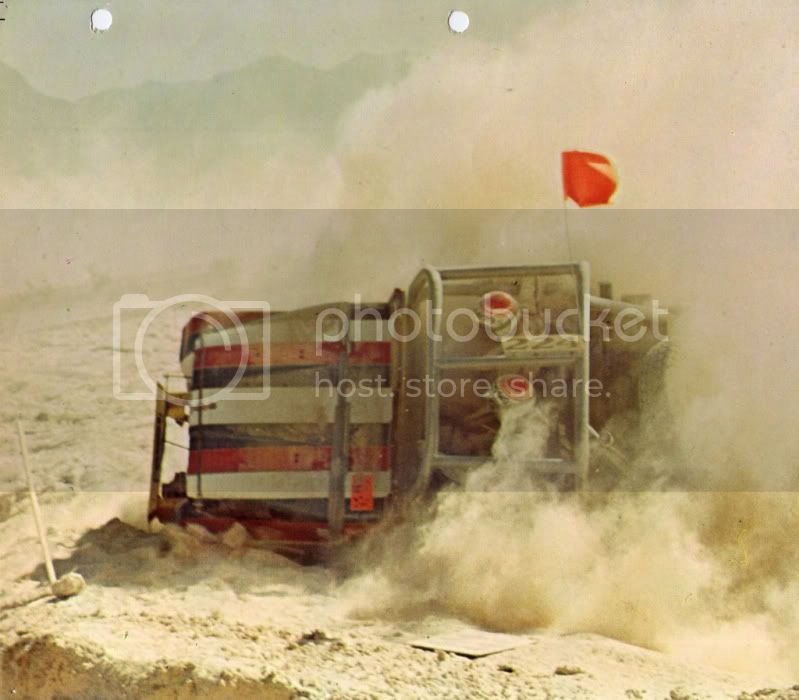 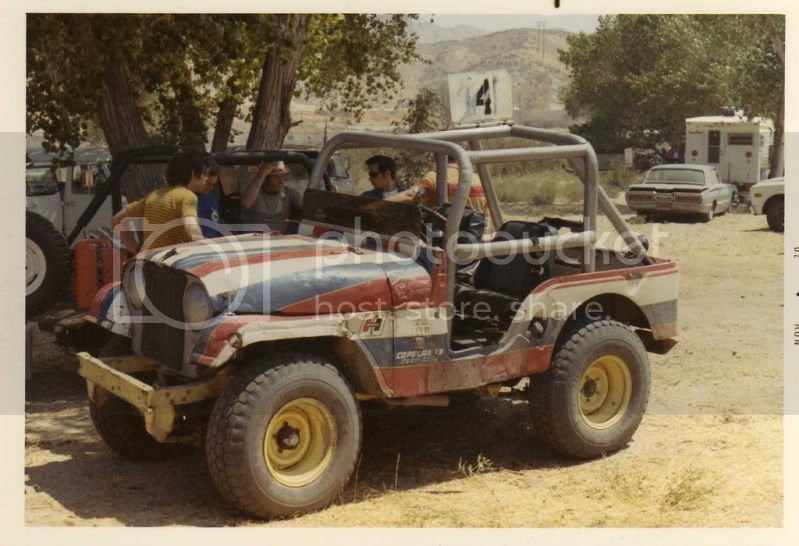 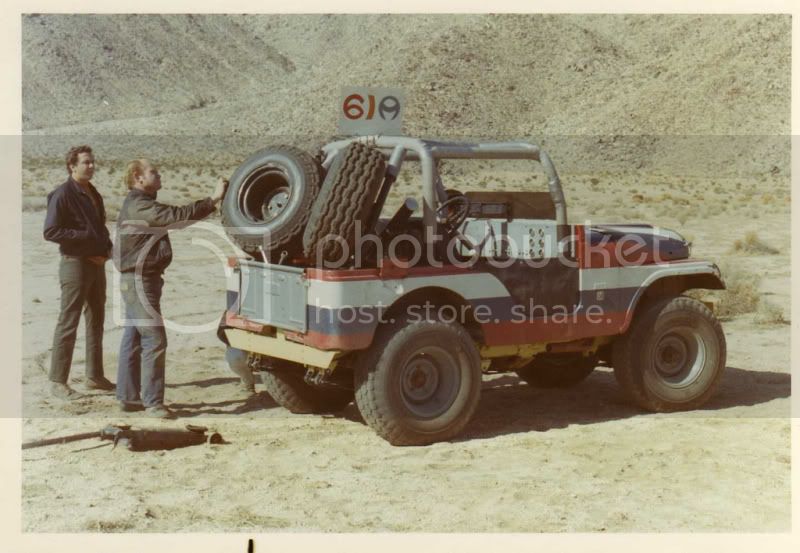 I know it is not a real class 3, but in keeping with the SWB Sport Ute them... 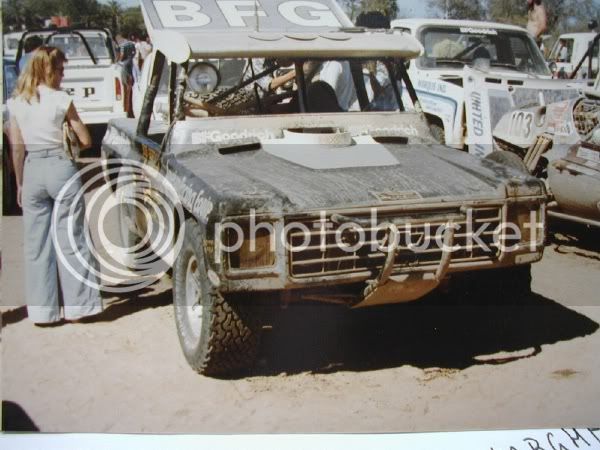 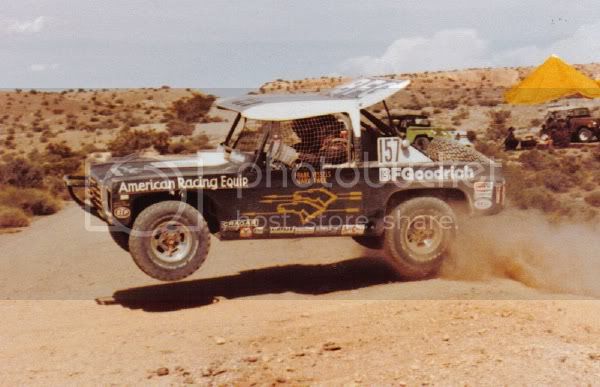 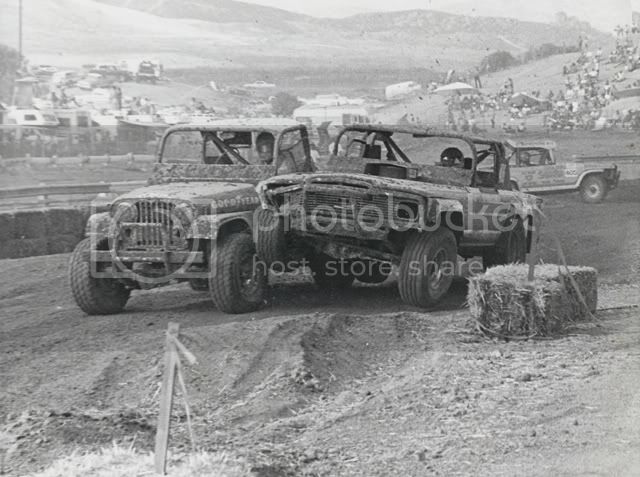 here are some of the class 3 pics i have found

HDRA1,
Thanks for the pics. My dad is Rock Bradford and his is the rear engine jeep in your post. I appreciate it. He'll like the pic

I'm looking for info on this bronco right here. I found this photo at the classicbroncos.com forum. The bronco is actually pictured at my dad and uncle's old shop, A-1 Towing on Hwy 58. in Barstow. I remember that Bronco being there since I was a little kid. It sat there for the longest time, and now it's apparently in the Off Road Motorsports Hall of Fame museum in Reno. Does anyone have any info on it's history before it sat at my family's shop for nearly 20 years? Thanks.

That's my picture . Yes, the Bronco has been semi-restored and is in the Hall of Fame in Reno. I will fill you in on its earlier history when I get a chance to sit and type more. Your dad and uncle were very kind in letting me visit their place a few times, showed me around, let me look at the Bronco, etc. 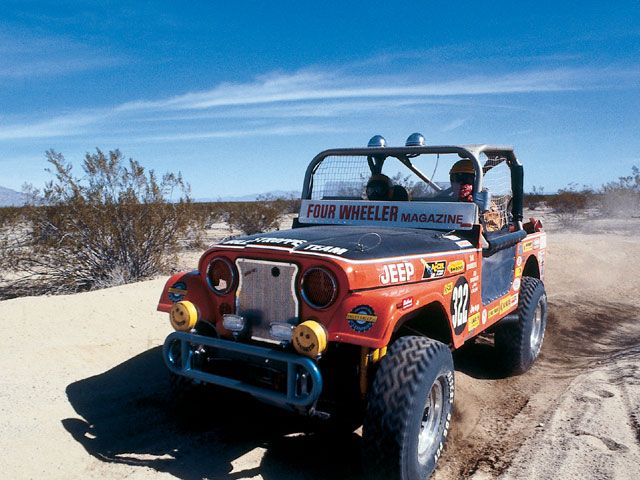 Next 3 are of Sandy Cone, right? 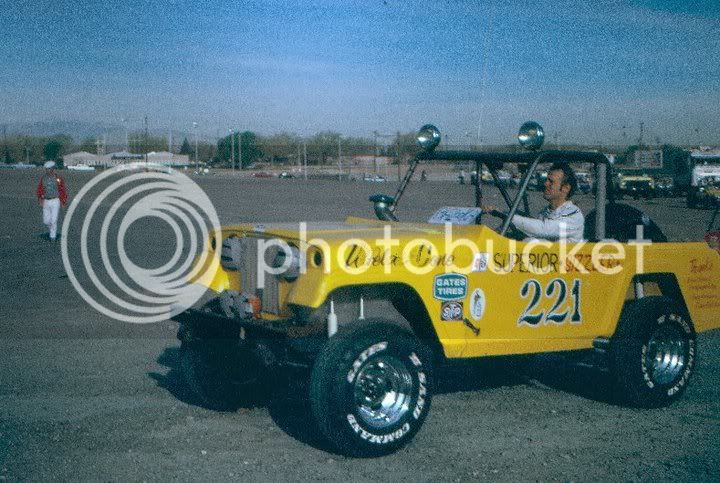 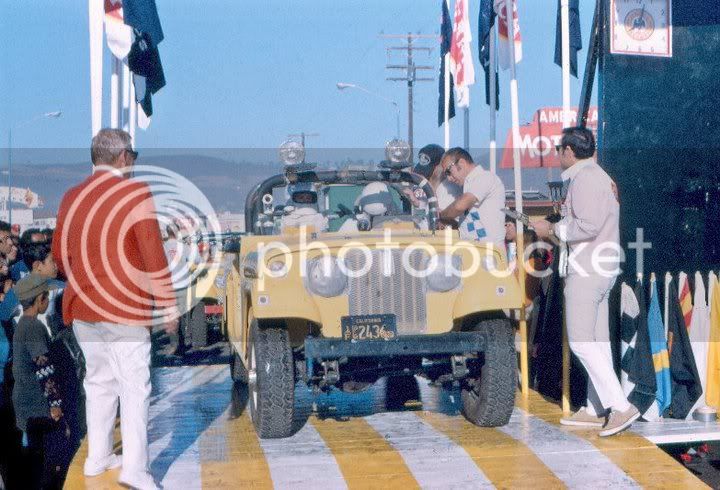 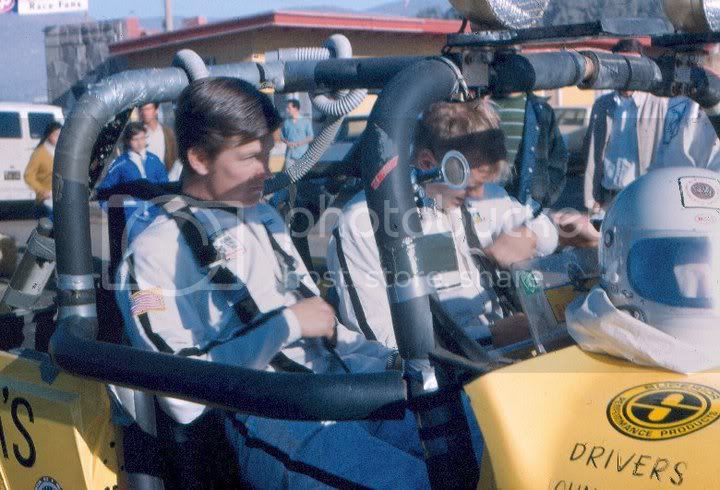 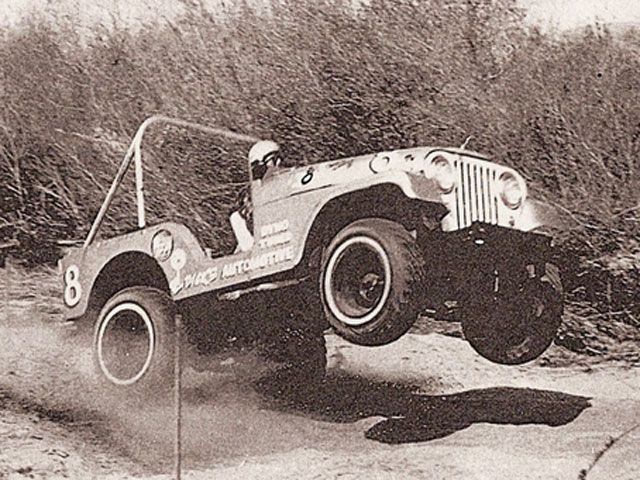 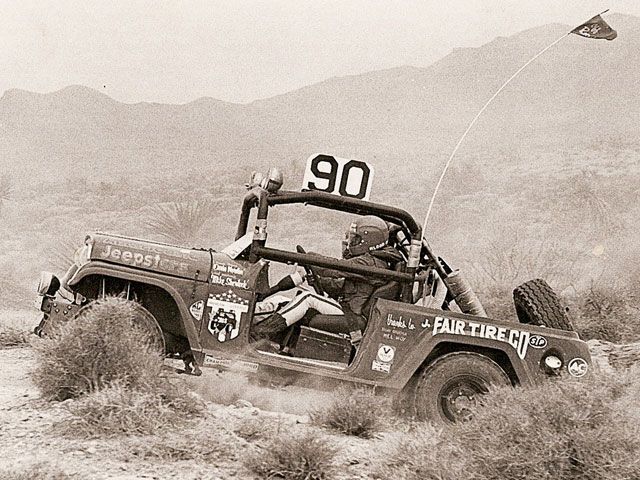 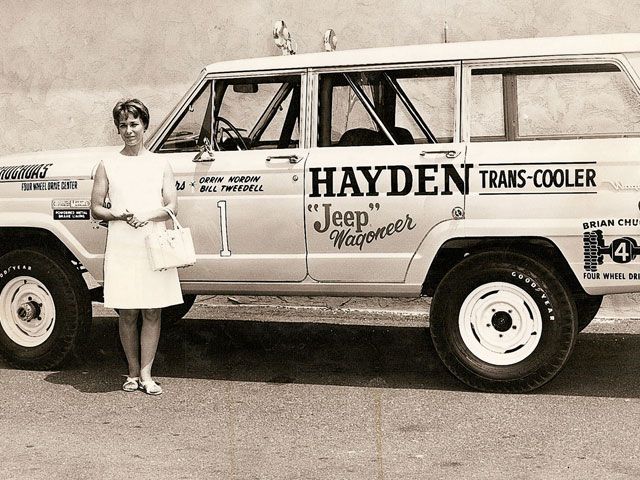 On another note, anyone know the where abouts of my dad's (John Ulfeldt) Mighty Mite that he won his class in for the 1968 Mexican 1000

That Bronco, usually known as the "Barstow Bronco" was a Stroppe Bronco believed to have been originally constructed in 1970 or 1971. The first evidence we see of it in photos is 1971, I believe. In any case, it was one of the more stock 4WD Broncos in Stroppe's stable, driven by a variety of drivers until about 1975 when it was sold to Bob Jackson, a pharmacist in Barstow (it may have been sold when Stroppe was losing his shop in the mid '70s, I'm not sure). Jackson and his partner, Myron Croel (the Culligan Man in Barstow) raced in many races in the mid to late '70s until, as I was told, Jackson's wife tired of the racing and they moved to the Pacific Northwest. According to your dad or your uncle, it came to their yard in 1979 or 1980 for storage and never left. It was seriously sinking back into the earth when I found it in 1998 or 1999. When I came by again in September 2000, it had just been purchased by the Pike family and was soon on its way to Stroppe's facility for a mild restoration (it still doesn't run). It was painted to somewhat resemble the '69 Mexican 1000 winner of Larry Minor and Rod Hall and came to the Hall of Fame under the pretense of being that truck. Further research in the intervening years by myself and my co-owner of the Stroppe Bronco in my avatar has led us, and many others, to believe that the truck at the Hall of Fame is not the '69 winner and the truck in our avatar is. There is more information on this discussion in a Powerpoint presentation at bajabronco.com if anyone is interested. That being said, the Barstow Bronco is an ultra-cool, ultra-rare, very desirable Stroppe racing Bronco that I hope receives a proper restoration at some point in its life. I know I'm happy it's no longer disintegrating in the Barstow sun.

I didn't know the Bronco's history ran that deep. A full restoration would have been pretty cool, but yeah, at least it's not just sitting out in the sun. Who knows what would've happened to it if the Pike family didn't get it out of there... Thanks for sharing that info with us, Todd.

Videos of the beige Bronco from Oregon that's above. My Dad used to race in Oregon (CODRA) and Nevada (VORRA) in the 80s and very early 90s. 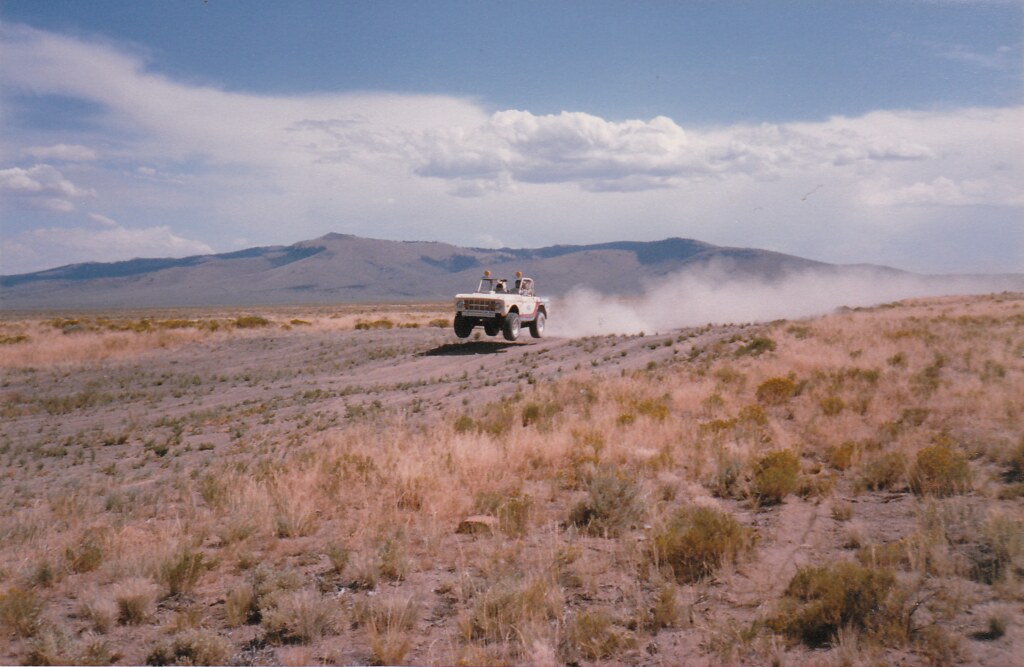 They could still haul ass back in the day.
[video=youtube;_CGEng0DvmU]http://www.youtube.com/watch?v=_CGEng0DvmU[/video]

There's a bunch more that I still have to digitize from vhs.
Last edited by a moderator: Jan 22, 2014

Fandango said:
Great pictures Wes, takes me way back.
Here is a pic of my old Jeep 344. It started as a CJ7 and was a copy of Don Tobias' (402 above). After a role in '87 it was rebuilt as a Scrambler. This pic is September of 2009 while Ox and I (Fandango) are headed west over the pass of the best Wendover course ever. It runs as a 4400 now and its getting a new engine for this season.
Click to expand...


My Brother in laws daily driver Dodge has had the 344's front bumper crammed right up its a $$ when My wife had it on the course during a race. It was her first race and Jeff showed her all about being on the course but she loved it and has went to many others but stays in the pits now.

Hey Brett!...yea, true story. Glad there was no damage when the dust cleared. We all wonder what we'll do when that happens. One fun part to that story was Glen manning the check point there flagged me through without a stop! Looks like there will be an Ely race in September. You running? 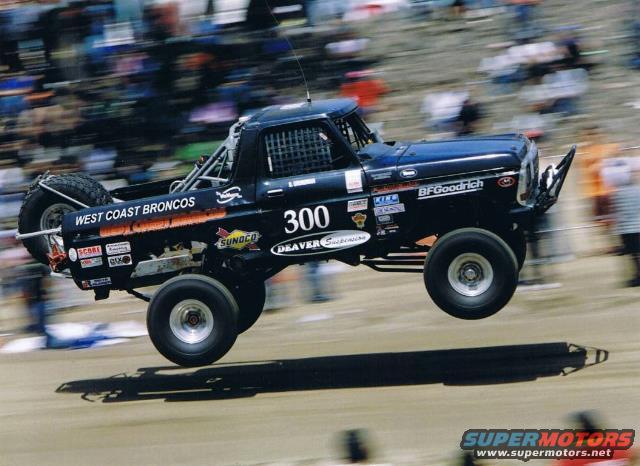 
My hero,Don Moss SWEET PIC!
B