I have done searching on the internet and RDC, yet I still can't find out about engine builders for the teams.

I wanted to know who everyone uses for their engine builders.

ProPower along with renezeder, probst, douglas, oberg, ampudia, me and many more.

forgot about wegner.
TORC Pro-4!
B

Wegner Automitive Research does Dan Vandenheuval's and mine. I know mine is less HP, next year we plan to step it up big!!

unlimited 4 Bill schlieper at Pro-power for the unlimited lite it Esslinger for the ford and Adam Wik for Chevrolet! I have also herd some good things about Nogrady and his ford program.
Daugherty Racing Pro-4 #24
Live Fast,Play Dirty Motorsports www.Daughertyracing.com
R

dirtdudeaz said:
I have done searching on the internet and RDC, yet I still can't find out about engine builders for the teams.

I wanted to know who everyone uses for their engine builders.[/QUO

I have some helpful insight for what its worth. I am a relatively new team, second year acing in the pro 2 ranks and I will say this. I came into the sport on a very limited budget and we bought what we could afford. Old nascar technology from a backyard I use to work for a cup team guy! I did alright with junk but it wasn't competetive. Dont waste your time.I teamed up with Billy from pro power and there is not enough room on this forum to tell you how much he has benefitted my program! I bought his B level 30,000 dollar motor not the stuff Carl has and have ran up front all year and had a podium with it. The turn around time is unbelievable! I have sent him motors from the west coast and had them back in six days! He is at every event and sets the timing,valve lash,gaps the plugs,adjust the fuel pressure,tunes the dry sump system,and even tells you how to groove your tires and why your getting beat! He and his brother are dirt track racers there isn't a problem they cant fix! I race LOORS but if you watched the huge holeshot the traxxas guy pulled at Crandon! He's a rookie and the truck has Pro Power. Not to take away from mikes ability but he was the first to the first turn for a reason!Kevin Kroyer is as good as it gets if you have 60,000 dollars.He is the only other builder at every event and I havent had his motors but his results speak for them selves as well. I hope this helps you e mail me if you have any questions! Robby Woods
Click to expand...

Be quick or be dead
#itsbetterinbaja
D

Thanks Robby that really does help a lot too. And thanks everyone else for the replies.

Adler set a track record for Pro2 at Crandon this weekend with Patton power.

hoeker said:
ProPower along with renezeder, probst, douglas, oberg, ampudia, me and many more.

I just back to work this morning from being at Crandon. If you are looking for a Ford based Pro 2 engine i think the results in TORC this year speak for themselfs with 7 out of 12 events wins between Taylor and RJ ( btw Taylor reset the track record on sunday by a second during race conditions), RJ even won the Chairmans cup race at Crandon in the spring about our engines. As far as our Pro 4 engine program, Steve Barlow has done pretty well with it and we are working with him to make it even better. We have about 145 people between 2 shops (with a total of 100,000 sqft) that iscommitted to building the best engines possible. Just ask the guys at Barlow motorsports about our service commitment. But in all fairness most of the top engine builders all ready listed will do a great job for you, the trick is finding one that best fits yoour needs.
Thanks and hope you find what you are looking for.
Michael Kasch
Manager, Off-road Engine Program
email me at mkasch@roushyates.com
or come vist us at
http://roushyates.com
1

What does Robby gordon use ?

1mskm said:
What does Robby gordon use ?
Click to expand...

1mskm said:
What does Robby gordon use ?
Click to expand...

heard he had a TT engine in it last weekend?
TORC Pro-4!

Like Robby said Bill from ProPower is alot of help and builds great motors.

Bruce Nogrady builds the best and fastest motors out there. IMO. He is a smaller operation but is at every race and helps you in every way possible. 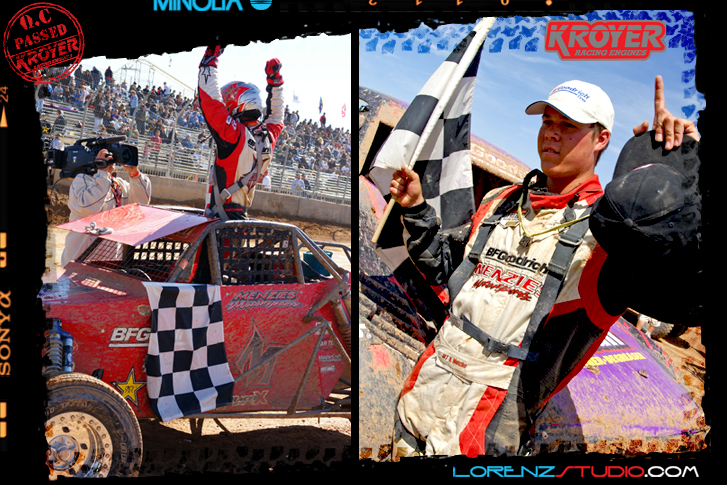 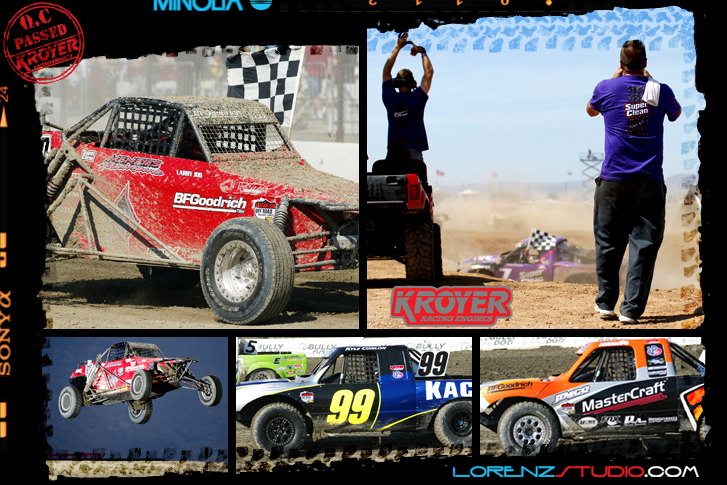