If you have any Vintage Off-Road Race Patches I am interested in buying them.

Send me a e-mail with photos.

Here is an original VORRA patch from 1975-76. I only have 2 left and I'm ready to part with them yet. I had an original SCORE patch from the 70's and put it on my fire suit with a VORRA patch--totally classic!!

“People who have never been to Baja, they don’t get it.”--Don "The Snake" Prudhomme
M

Awesome! I want em all! Just patches for now. If the shirts are really cool... maybe.
Buy the ticket, take the ride.
Hunter S. Thompson

Matt here are the shirts I have. They have been hanging for many years, but can be ironed flat. None have stains or tears. I thought about doing that and framing them to hang in the garage. All are XL except the Bud team shirt may be a L. They are from 1980 and 1981. The Malcolm Smith jersey is new and from 1978. Malcolm gave it to me when I bought one of his factory race bikes. It was the second one of his factory Huskies I had. The two Dave Deal designs aren't for sale. I just wanted to share some of Dave's artwork that most people never saw. RIP Big Deal.

The 1980 MINT 400 was Challenger IV's last race, I'd love to have it. What do you want for it? Trade for a Racers Only t-shirt?
I'm Interested, email me at racersonly@yahoo.com. Rory
All I want to hear out of you is “speed zone”, “we’re on fire,” and “I got the fat chick.” Zambo

Hey Rory. Well I have already offered them to Matt and he hasn't seen them yet. I do want to sell them as a group also. $100?

Scorching the sand...with a sand scorcher...

TEASE:
I have in My possession one of the most rare Southern California Off road racing patches known to Man....Ok maybe not that cool but it is from the First ever sanctioned Off Road races in The Imperial Valley. Yes there was somebody before Fud (RIP) IVRA Imperial Valley Racing Association. Sorry I will be putting it on My FoMoCo Cobra Jacket, it has to much sentimental value to let out of the Family. My Dad was the Promoter.

He also has some great old pictures too, Ivan Stewart and Him doing His Jumping in the Air checkered Flag wave. Fud did put more flair to the now Famous Flag waving Jump though.
Zonies are like Herpes & Knowing is Half the Battle
Disclaimer:
This presentation material used under the educational fair use exemption to the U.S. copyright law.
M

Matt you have a lot of my patches maybe you can share
www.fast-aid.org , Rigid Industries , Ringers gloves
M

I didn't want to boost yours!
Buy the ticket, take the ride.
Hunter S. Thompson

Here's what I have. They've never been used.

Let me try again in color

Would you sell the '76 patch? I am very interested! 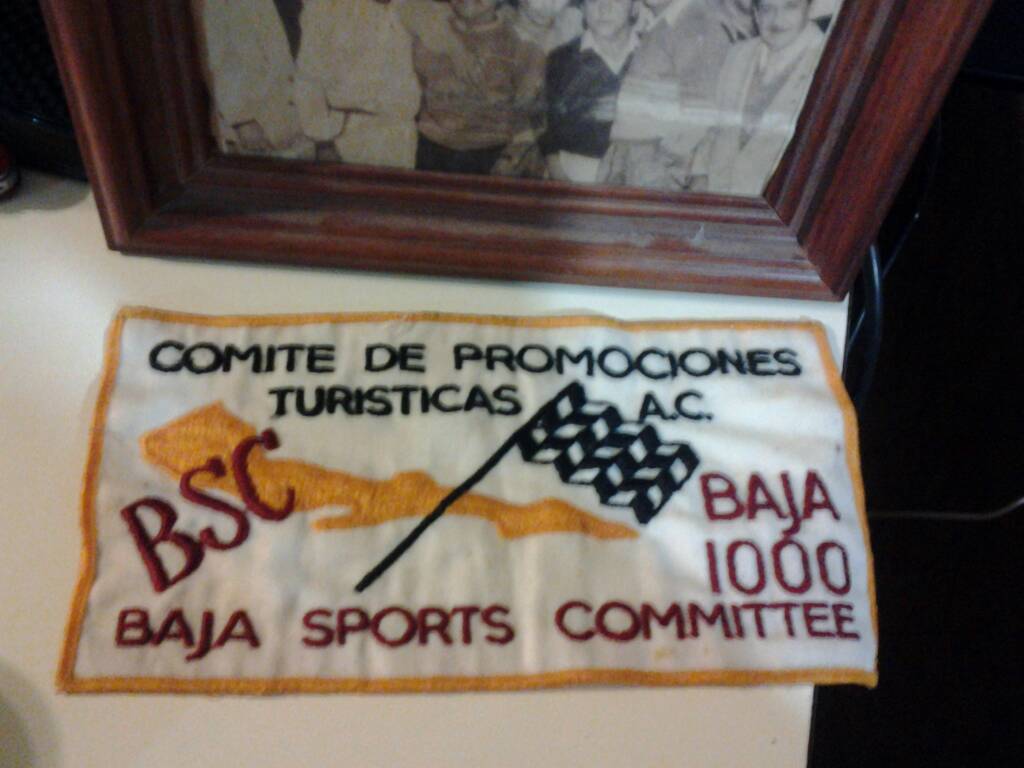 MADMEDIA said:
If you have any Vintage Off-Road Race Patches I am interested in buying them.

Send me a e-mail with photos.

I have patches, but F Y I, I also have dash plaques,programs,decals from Norra since 1968,score,HDRA (when Walt had it)WRA (Walt's racing assoc),Palm Springs dune buggy club races,some mint 400 jackets and some event t shirts.I also have some programs from the races my dad and Brian Chuchua put on in the Santa Ana river bottom starting in 1964 known as the Riverside Grand Prix races.What years,events,and items are you interested in? Whatever I have duplicates of I'd be willing to sell.
H

I have all kinds of patches starting at Riverside 1975 then Baja 1000 75 parker Mint 500 riverside and the 1000 for 76 along with Baja de Saddleback just a huge bag full of them. Dash plaques I also have a bunch of them my early class 11 has a bunch on it from the 70s as well as the 51600 Never seemed to put them on the 1600 cars. Use to really enjoy looking in race cars of all types in the 70s and 80s and seeing the dash plaques from the races they ran; Never remember ever using a patch on anything, have old club 11 shirts and patches a couple of class 11 club window stickers used for pit ID. 41 years worth of just that stuff takes up a lot of room lol.
45th year racing Vws and still love it!!

Hey, I'd be INTERESTED in programs for sure, let me know what you got and i'll see what I'm missing. I have to fill in some holes in my collection. Rory
All I want to hear out of you is “speed zone”, “we’re on fire,” and “I got the fat chick.” Zambo
You must log in or register to reply here.
Share:
Facebook Twitter Reddit Pinterest Tumblr WhatsApp Email Link
Top