Anyone of the WTAR crowd want to beta test a new RDC theme feature before it rolls out next week (hopefully) ?

this posting @curtis or I will enable you. 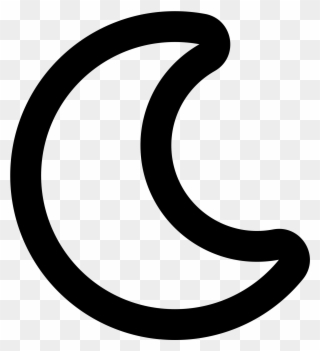 im surfing brite& early, in that coooool comfortable Pacific Ocean, its been pretty hot lately, working in Del Mar it was a scorching 78-9 degrees

Are there any Charger's fans left here? exciting!!!
The problem with the gene pool is that there is no lifeguard.

A lot more seats for the visiting team's fans to occupy.

Now that the stadium is built, how long will it be before Spanos sells the team.
Caution! Tony T. said I could be dangerous.
One man's fun is another's hell.

DSRacing said:
A lot more seats for the visiting team's fans to occupy.

Now that the stadium is built, how long will it be before Spanos sells the team.
Click to expand...

Mike, how does it work once a job is done, does your union have another one lined up or do you take a break between jobs? Super cool you got to work on that one

Mike, how does it work once a job is done, does your union have another one lined up or do you take a break between jobs? Super cool you got to work on that one
Click to expand...

Only been there about 3 months. It's quickly coming to an end. In fact, because of the Chargers having a scrimmage today, all work was shutdown for just today so they can do it, so I got today off. The company I work for is an out of state contractor, so once they are completely done, so are the workers, except for the "company guys" that travel from state to state. My general foreman lives in Montana and flies home every weekend. I already have my next job lined up. As for the union having work lined up, it doesn't work like that. Once an individual gets laid off, if they don't have a job lined up, they call the hall and go on the out of work list. Since our union has a shitload of members (3000) that list can be long as f***. But right now, it's not.

This stadium is one I wanted to work on since it was announced a few years ago. Just to be part of something that massive, the events that will be happening in the future like the 2022 Superbowl and the 2028 Olympics, it's kinda cool. And seeing some poop that I wont see again like the Oculus being built. That's the huge tv screen that is an oval and has screen on the inside and outside of it and continuous. It weighs 2.2 million pounds and seeing it com together on the ground and then being raised to it's current position was pretty cool.
Don't bother me. I'm wasting potential.
Life's a grave, dig it.

That's cool dude, glad you got another job lined up.

bajafox said:
That's cool dude, glad you got another job lined up.
Click to expand...

The stadium cost 2.5 billion. The whole complex will cost $5 billion when done. There's another 28 buildings going up on that property. Check it out on Google Earth. There will be work there for a while including a hotel. When every thing is done, it'll be pretty cool. The prices of house in Inglewood, Hawthorne, adjacent neighborhoods has sky rocketed in the last 2-3 years. Plus, the Clippers are having their own stadium being built just down the road from this stadium. There will be work in that area for a few years.
Don't bother me. I'm wasting potential.
Life's a grave, dig it.

You could have worked today since they canceled the scrimmage.
LAND OF THE FREE BECAUSE OF THE BRAVE!
That feels so good thats how your dad does it!!!" As said by the great Firecracker

OFFRD-JNKIE said:
You could have worked today since they canceled the scrimmage.
Click to expand...

Unless they cancelled it at noon yesterday, nope.
Don't bother me. I'm wasting potential.
Life's a grave, dig it.

Mike. What is your trade if you don't mind me asking.
Zambo to Mawtrophykart, go shove an umbrella up your ass and open it.

He works corners where construction is going on

bajafox said:
He works corners where construction is going on
Click to expand...

He got promoted, he’s in charge of the orange cones now.

hey! cone placements are Crucial on the big jobs, i know, when i putt them someplace that irrtates my boss he sssssNivels excessively

blue dog said:
Mike. What is your trade if you don't mind me asking.
Click to expand...

Sheet metal. I'll do a pic dump here one day. Everyone working there has signed an NDA to not post pictures of the stadium to social media, fortunately RDC isn't social media but an offroad racing news source. But I use FB as a photo host first. I figured since there was already a show on HBO last saturday of the Rams having a scrimmage at the stadium it would be all right.

There is stuff from all over the world that was made for this stadium. The owners suite is pretty amazing.
Don't bother me. I'm wasting potential.
Life's a grave, dig it.

Kristy, Donald, and Liz all quit BITD this weekend. Who is bailing next?
If laughter is the best medicine, I am part of its corrupt pharmaceutical lobby
UNDERGROUND R.A.DESIGNS ORANGE ARMY SOLDIER LEMONS RACER CAMBURG FAST-aid WTAR
You must log in or register to reply here.
Share:
Facebook Twitter Reddit Pinterest Tumblr WhatsApp Email Link
Top