Where are all the hot Pre Runners

So who wants to plan and cordinate Baja 500 Pre run trip?
Southbound

cncman said:
So who wants to plan and cordinate Baja 500 Pre run trip?
Click to expand...

when you thinkin? how much of the course you thinkin?
'so what do you think of the truck roxy' 'its not a trophy truck'
http://www.race-dezert.com/forum/showthread.php?t=37422

anytime after they announce opening day of prerunning, the whole course over two days? let us know
Southbound

Here's a new build in progress.Oh ya!! Bought the truck a little over a year ago. A fun pre-runner, but really under powered. I deceided to pull the motor. I didn't want to rebuild the 4.6L, I searched for another motor and found a Chevy 6.0L that only had 600 miles on it for $2,500, so I picked it up, which meant the transmission wasn't going to be of any use to me anymore. Now I was on a search for a transmission and found a TH400 pulled out of a mid 90's Chevy 454 pickup that was sliping 2nd and got that for $75.00. Rebuilt it with a friend of mine. Now I had to cut out all the old motormounts, so I might as well reinforce the entire frame rails while I'm here. Wow is the snowball starting to gain momentum now. Since I need to make new mounts anyway I thought I might as well cut out the entire firewall and rip out the entire dash so I can move the motor back and down as far as I can. Another might as well since I'm here already there thought. You'll start to see alot of those. Now since I have made all this room upfront I thought I can definitely get more travel out of the front end by reworking the suspension, getting rid of the upper a-arm will allow for me to add in a new 3.0 bypass to go along with the coilovers. The next "might as well since I'm already here thought" is ofcourse "J-Arms!! and a one-piece fiberglass front clip. Now that the investment is at the point that is stupid to only be a pre-runner I deceided I might as well race the truck, So again "might as well since I'm going to race the truck I punched all the glass out of the truck and I'm going to add another Radiator behind the cab for extra cooling. The thoughts and "BRIGHT IDEAS" keep coming as the build goes on and the money keeps getting spent.

I Will try to get some pics posted.

Doing a 4.0 swap, wiring harness and small things here and there. Will be back in the dez soon! 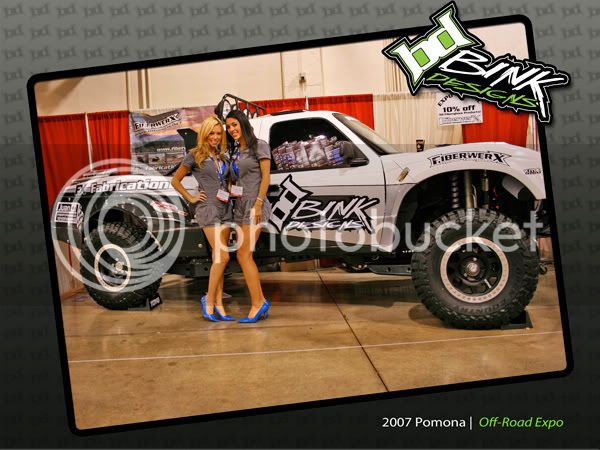 Good Pre-Runners are home built and cheap lol!! Me and a good buddy of mine Spencer Low built this truck with budget in mind and had to be reliable. This thing is supper strong and not quite done yet! I will keep updating on the build. It started out as a rolled 94' Ford Ranger i wanted the truck right off the bat but didn't have the money the guy wanted! He called me a lil over a year after i first offered and said he would sell for 500 bucks and deliver it SCORE! I tore it apart the first night took off the whole front suspension (Bent beams Blah Blah) wheels wrecked fiberglass and sold all of the parts on the classifieds i made 1,500 bucks so i recooped the cost of truck plus had some to spare. Then it came down down to finding a cab as luck would have it i found a whole truck with blown motor for a 1,000 So swaped the cab and started building! Here it is so far. Still have more to come!

Republican Because Everyone Can't Be On Welfare!

My buddy's truck that I sponsor.

Cowboy112: Spencer Low told me he hated Fords and I beams! You didn't lie to him and tell him it's a Nissan did you?
Last edited: Oct 19, 2008
Follow me on Instagram. @philofab1

Na he loves them crossed up beams.. ha ha He is down for anything! The funniest part was i actually did lie a lil bit before i brought it down to the shop. I didn't tell him it was a convertable...This truck was totalled when i bought it and i took it down there with the roof saw'd off he was pretty pissed to have the junk yard dog sitting in his shop with all the high end stuff lol
Republican Because Everyone Can't Be On Welfare!

Here is a picture of my truck the white f150 and a friends on the right. 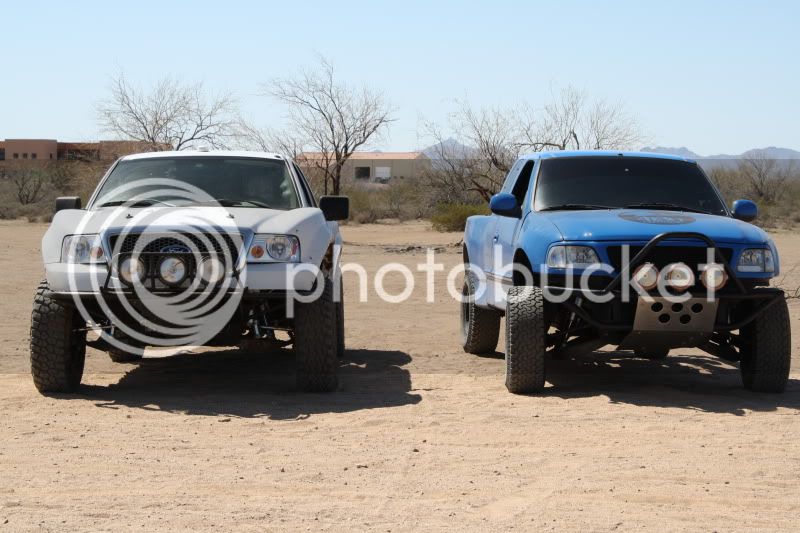 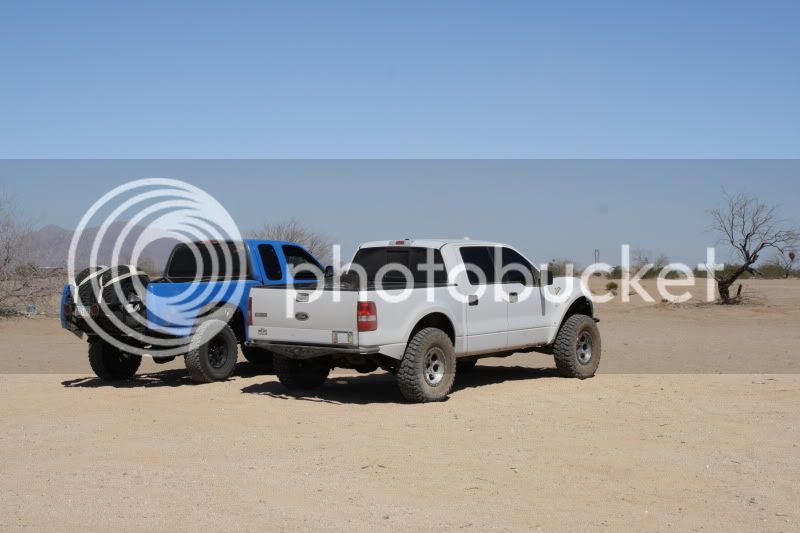 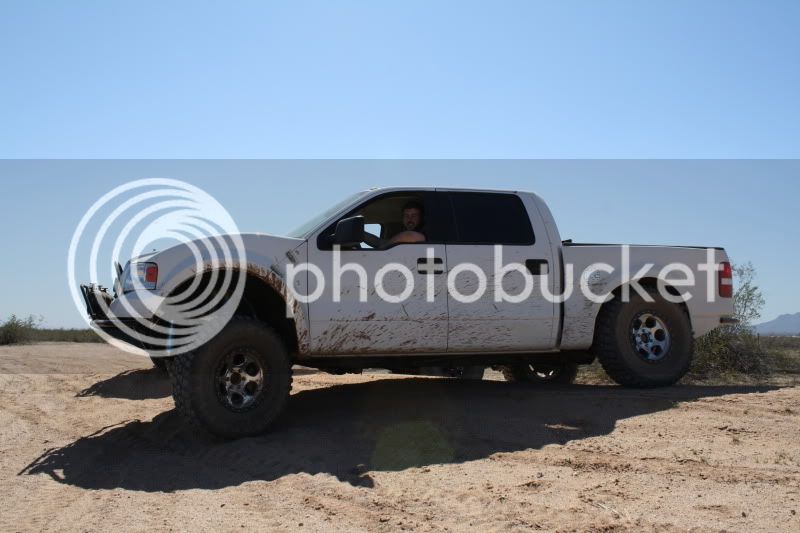 Little truck my friend Justin built for Potts. Its a little over the top. 701hp on pump gas. Geiser front end so parts will interchange with the new race truck.The interior is unbelievable. Don't know if everyone else thinks its hot? Going to dinner at Maestros and then pre-running the B1K.....definatley HOT!

Amen brother, hes my pre. The black cady was my bestfriends but has been sold to a kid in cali. next for me is long travel and supercharger. After that I might sell it for an extended cab n start all over again...

sick dude! Im selling mine so let me know.

weighed at the dump today at 4380lbs

Tyrant3 said:
Amen brother, hes my pre. The black cady was my bestfriends but has been sold to a kid in cali. next for me is long travel and supercharger. After that I might sell it for an extended cab n start all over again...
Click to expand...

Hey Tyrant3, where do ya'll go out to run around El Paso?? I'm pretty limited here in Midland with a small 3 section parcel my company owns the land on, but you gotta be pretty mild and its not like being at an OHV park in Socal for sure lol.

b_smith07 said:
Hey Tyrant3, where do ya'll go out to run around El Paso?? I'm pretty limited here in Midland with a small 3 section parcel my company owns the land on, but you gotta be pretty mild and its not like being at an OHV park in Socal for sure lol.
Click to expand...