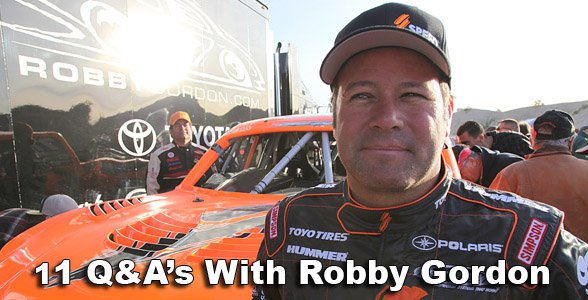 1. What was your first offroad race? (Driving)

3. What made you want to buy an energy drink company (SPEED) and how do you plan to compete with the big ones already out there?

It’ simple.  We are a marketing company that just so happens to race cars.  We have something BIG coming and we’re going to announce it on June 5 that will take SPEED to the next level.  We certainly have changed the color of the desert but we want and need more.  With the marketing plans we have coming over the summer that will carry into next year will set us a part from our competitors and will really help drive the brand.

4. What is the worst crash you have ever had offroad?

I took a pretty big hit while testing the HUMMER a few years back in Parker that broke my neck and nearly popped my entire left eye out of socket.

5. Out of all of the races you have won which one meant the most to you? Why?

I have had a lot of memorable moments and I have driven for some of the best teams in motor racing but my first off-road race was the 1985 Vegas to Reno and we won overall.

6. What is your daily driver?

In North Carolina I drive our SPEED Energy Drink brand 15 passenger van – LOVE that thing and in California I drive my baby HUMMER(H3) that I’ve had since we started the our Dakar program with HUMMER.

7. Will we see the Hummer again next year at the Dakar? Multiple Hummers?

Actually Nasser’s HUMMER just got painted SPEED Orange so now we have two SPEED HUMMERS and Clyde will drive it during the Mexican 1000 later this month.  I’ll be there supporting the RPM crew and I may hop in to see if I can take on my Dad in his little buggy.

8. Now that you have won the first 2 BITD races overall does that mean you will be running the rest of the season in the RPM Truggy?

I think we are.  Clyde and RPM are a great group of guys as well as the Geiser brothers who built a good truck.  I’m happy to get the opportunity to drive it and since we’ve had trouble free races so far we’ll see if it can’t continue on to the next one.

9. If you were in charge of an offroad race organization what is the biggest thing you would change?

Promotion.  I keep saying off-road racing the best kept secret in racing, period.  I think it’s great that anyone can build whatever they want and come and race the big guys like Rob Mac, BJ, Andy and so on.  We’ve got to do a better job of promoting the events here and abroad.  Baja is Baja but I think here in the states we can certainly take it to the next level.  The Mint event that Casey and the Martelli’s put on was a good show.  We need events like that with TV packages so that sponsors can come and play.  It also wouldn’t hurt to try and get some money for these guys to win.

10. If you listen to your iPod right before a race, whats playing?

Country probably.  My iPod that I have for Dakar on those long liaisons are filled with Country music and a little bit of rock n roll. 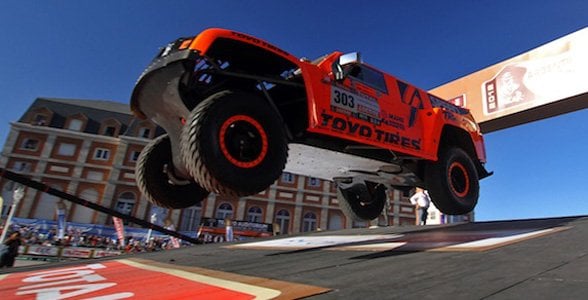 11. If you had to pick a co-driver (past or current racer) to split the driving with you at the Baja 1000 who would it be?

F
RDC
He lives right here in town and I have never seen a Speed energy drink in NC. Must be a west coast thing.
Try Harris Teeter or Sunoco convience stores