Burt Jenner has been racing VORE trucks in SNORE, SST trucks in the Stadium Super Truck Series, UTV’s in King of the Hammers and BITD, Potts Trophy Truck in SCORE Baja 1000, and Lamborghini’s in the Super Trofeo series.

1. How long have you been racing Off Road?

A little tricky of an answer, I raced a motocross race and a desert race out of Mexicali in my mid twenties. Besides that, my first off-road race was King of the Hammers in 2013 in a UTV I bought just to go have fun because I missed racing. On top of that I don’t know how much I consider SST, or heck, even LOORRS style of racing “Off Road”. To me, King of The Hammers is off-road, the Baja 1000 is off-road, Dakar is off-road, drives me crazy when I hear LOORRS or TORC drivers say they race “Off-road”, no you don’t… I mean common, its groomed, its watered down, its got perfect lighting… stop it, that’s not off-road… to me is like a dirt sprint car driver saying he races off-road because he isn’t on asphalt. 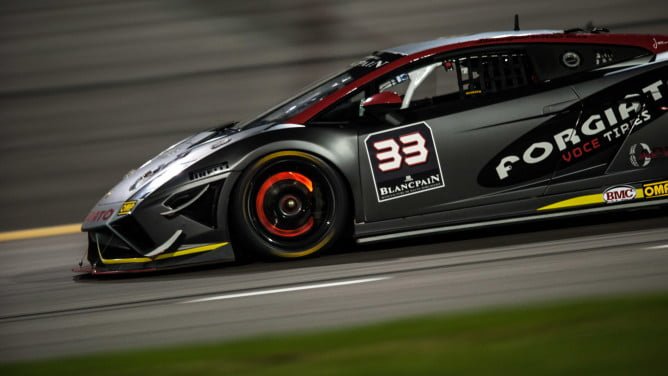 2. You have raced different disciplines on and off road, what drew you to off road?

My dad bought me a dirt bike when I was 8years old, I’ve always loved 2 wheels and dirt. Plus when I was a kid, learning the art of driving on asphalt in a go-kart, my dad would always constantly bark at me that over driving and sliding sideways through the corner was slow. So I grew up thinking that a Pro-2 or a Pro-4 was probably the pinnacle of fun as far as racing was concerned. Around late April 2014 I saw the SST race at Long Beach and Bradley Morris airing the **** out of his truck and decided that was now the coolest thing I had ever seen, made a call to my friend Mike Leighton and he told me the price Robby was charging to race and the fact they were going to X Games and I was in shock… It was as if the racing gods had combined all my dreams into one series and then made it affordable. 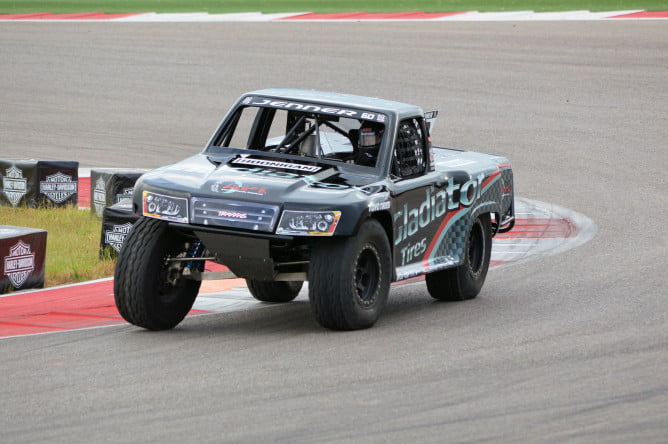 3. How would you describe your driving style?

I’d like to THINK it’s aggressive but controlled, LOL… Growing up my dad only helped me out when I was 8-9 years old by teaching me a “racing line” etc. in a Go-kart. He got married to “the Kardashians” and stopped taking me to the track (waah waaah, I know). It wasn’t until I was 16 that I could take myself to the track in a salvage titled Toyota with a highly outdated chassis and horrible motor package that I started learning the real art of racing… Because I had no handling or power I learned to dive bomb, and to this day I am forever thankful for my rough, broke, early years in racing….

4. Do you have a pre-race ritual or any kind of superstitions before a race?

Nah, I just remind myself to stay out of my own head before the race starts and stay patient once it does…. 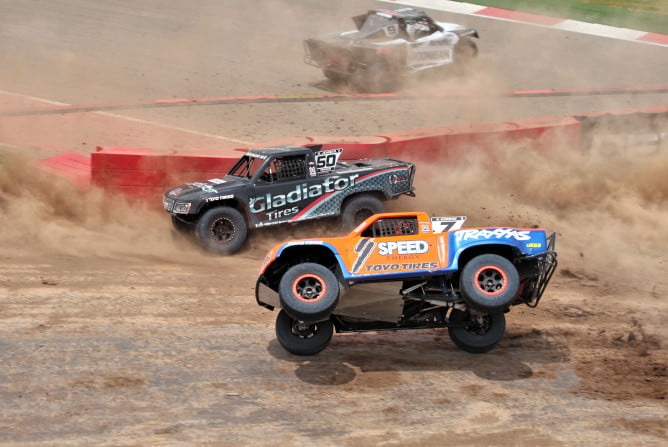 5. If you could meet one person dead or alive who would it be?

Cesar Millan, I’m a dog guy… I’ve already had the pleasure of hanging out with Dale Jr. a few times, so I have checked that off the list.

6. What is your best racing moment so far in your career on or off road?

That’s actually a tough one, but I would have to say winning Octane Academy with Brian Deegan as my coach… I mean I won 100k, hard to top that. It meant a lot to me because I’ve been a Ford fanatic (since my dad raced for Ford) and winning meant I had to have skills in rally, road racing, drifting, and off-road. Bringing home the win out of a pool of a few thousand people was personal confirmation that my skills are well rounded and was a heck of a confidence booster. Also at the end of the day the win got me my current sponsor Gladiator Tires, so there wouldn’t be any SST or Baja 1000 without that moment. 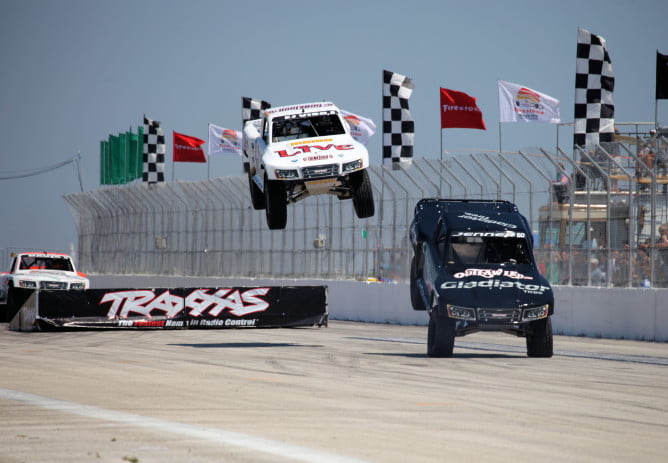 7. What is the ultimate goal as far as off road racing in the future, Full season SST, SCORE, Hammers?

You took the words out of my mouth… Without a doubt full time SST, it IS the baddest series on the planet and its only getting better. The diversity of the tracks themselves is unrivaled, the international races, X Games, and a few other tricks Robby has up his sleeve (which I can’t announce) means SST is going to take over… as it should… I also have an obsession with Mexico, so SCORE in a TT and I’d like to solo a race on a 450… and King of the Hammers is my favorite race of the year, there is no race in the world that is that fan friendly, I will always compete in the UTV class there. I realized many years ago that some of the best talent is in the lowest forms of racing and UTV’s do that for off-road, I would like to race an Ultra4 though ;-) 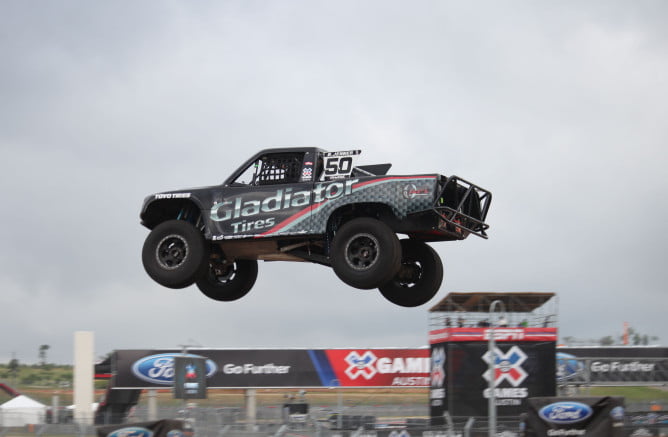 8. If you were a promotor of SST, SCORE or BITD, what is something you would change?

In SST I would make the trucks be picked out of a hat on each weekend and then we bolt on body panels, if needed for sizing of drivers I’d designate some “Large” and some “Small” and have two drawings. Each race I would rotate randomly the trucks in the L and S categories… Only takes 10minutes to bolt on the body panels…

SCORE and BITD I’d cut out classes and focus a little more on UTVs, they are changing off-road. I also really enjoyed the SNORE Rage At The River race, and I heard BAP is awesome too… So I’d throw in a few shorter loop races as well to the BITD series.

9. What has been your favorite race vehicle, why?

Without a doubt, hands down SST… The trucks can do EVERYTHING, require 10deg slip angle to go fast, always on three wheels, require delicate use of the turning brake, hitting the over/under jumps or being jumped over. I’ll never forget Robby and Kincaid battling for the lead jumping over me last year, under the lights, at Sand Sport Super Show and chuckling to myself “this is so damn cool, how did I get this lucky”. 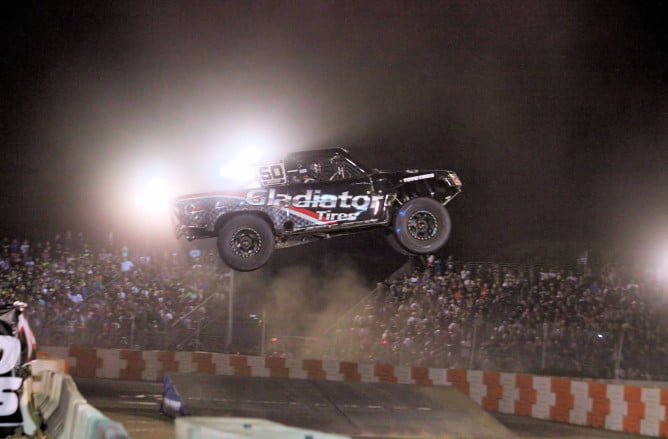 I originally 10years ago I was simply a dog trainer who specialized in socializing aggressive dogs, so I’ve broken up many Pitty fights in my time and I’ve got scars from my face to my ankles. After I won Octane Academy I took all the money I won racing and then some and opened a dog hotel called West LA Dogs. In a little over a year we have become Los Angeles’ newest, largest, busiest, and highest rated hotel and daycare facility. 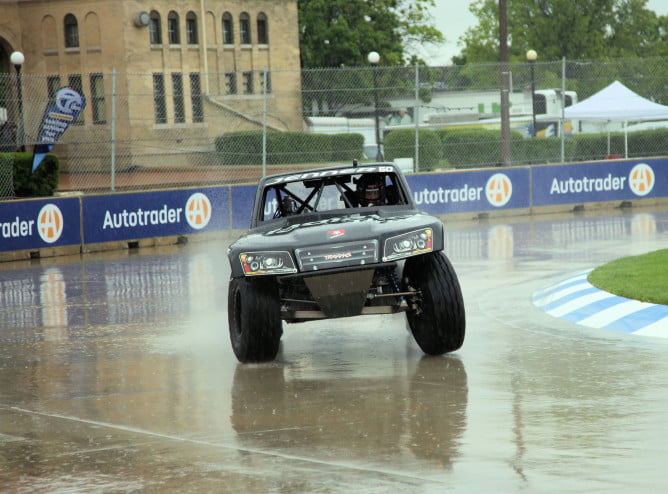 11. Who are some people who have inspired you both in your driving career and your personal life?

As far as driving, Scott Pruett because he is so ungodly talented… and with all do respect Brian Deegan because he is not. Obviously Deegan is talented but I don’t think that’s why he is where he is, I think he got to where he is with hard work, smart marketing, and love for the industry… not because of “daddy’s big bank account” or some savant like talent. I have a lot of respect for him and would really like to race against him someday. 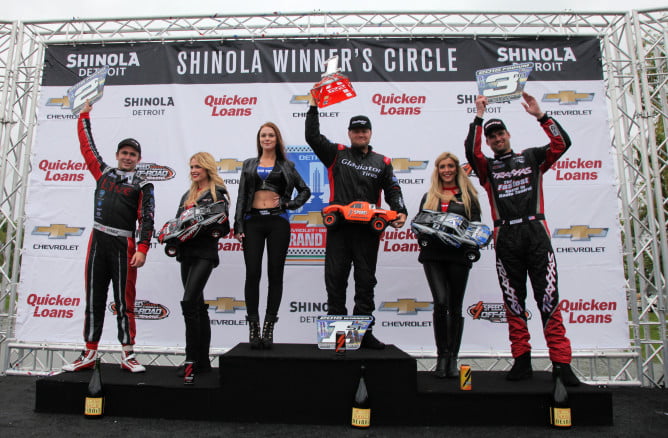 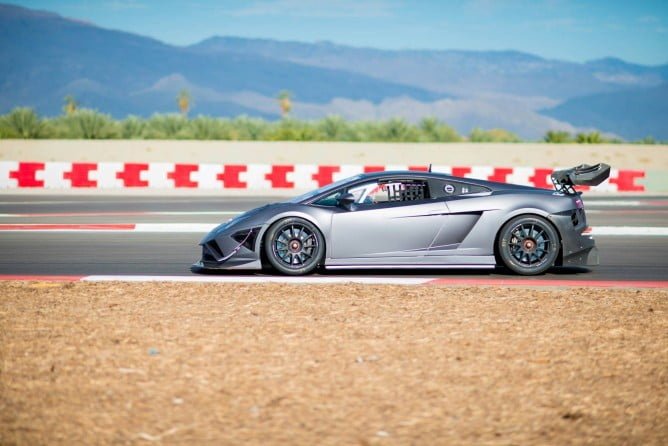