Some Updates, Current Events and Filling in the Blanks

With so much going on at the Dakar Rally, it’s easy to have missed some information in the daily recaps. Here are the current standings of Special Stage Four, any missed information and some questions for later…

In brief, there was a whole new set of top five riders in the Motorcycle class: Soultrait (#18), Quintanilla (#6), Benavides (#47), Van Beveren (#4) and Sunderland (#14). Leader of the pack until now, Honda’s Joan Barreda Bort (#5) withdrew from the race after hours struggling to find a way out of a basin. In the four-wheel categories, Carey Currie is meeting his high expectations as he won 4th yesterday in the brand-new Side-By-Side class. Hildebrand and co-pilot Conger (#367) made good time in the Car category, taking a comfortable 27th position. And soon to follow was Potts and Eddy (#346) rolling across the line at 56th. The Americans made good progress in the rankings on Wednesday, for instance, Howes (#73) whom finished at 17th, Rafferty (#104) taking 70th and Poucher, who moved up a whopping 92 spots from 120th to 28th. Short (#29) held onto roughly the same position at 12th keeping him in the running for a podium finish at Dakar. A great success for those rooting for the United States.

“There was a section up in the mountains where there was so much fog that you could barely see three meters in front of you. It was only when I took my googles off that I had enough visibility to ride.” – Sam Sunderland #14, Red Bull KTM Factory Team, GBR

But, as there always is for the many competitors here, there were some minor setbacks. Brabec didn’t do as well as he had hoped, getting a little bit lost with a group of strong like himself, leaving him back at 13th. Yesterday, the crowd wondered where is Robby Gordon? Gordon and teammate Walch (#316) pulled up to the bivouac at 83rd place with a time of 18H 03’ 43”. It’s safe to assume Team Speed had a slow day, but we can’t blame Gordon.

“What the ASO told us in the drivers briefing last night [Tuesday, after Special Stage Two] was that today’s stage [Special Stage Three] would be a dune race and today would be majority dunes.” Said Gordon. “Unfortunately, that wasn’t the case we just cut across dunes and got back into valleys, along the beach for miles and miles for what could have been wide-open throttle for us. With the rule limitation they have on our car we had to remain at half throttle and play the speed control game. It’s very disappointing they have this rule on us. It wasn’t so bad yesterday as it only hurt us a little bit, but I wasn’t prepared for this today. We got passed by some pretty slow cars doing 50 mph faster than we were, and there’s nothing we could do about it. Other than the speed limit, today’s stage was a pretty uneventful besides getting stuck once. The car ran really good the whole time. We were running at 130KM/H what is 80MPH and just sitting there the whole time obeying the speed limit and the other competitors were just cruising by us like we were sitting still.” – Robby Gordon #316, Team Speed, USA

Racers are enduring a 400+ KM special stage in much cooler temps than they’ve experienced this past week. A haze set in the morning, clouding the horizon for the men and women tackling a small, but soft, dune section, washes, silt and 30% worth of rocky terrain. With the sun breaking through the veil by mid-morning at the bivouac, hopes are that it’ll continue to light the way for the competitors. According to Dakar’s Press team, “After his first special stage win yesterday, Xavier de Soultrait is having a much more difficult day today. The Yamaha rider already trails Ricky Brabec by 8 minutes at CP2.” Furthermore, “Ricky Brabec is having an excellent day. Rider number 15 is not letting up after 200KM of the special and is continuing to open up the gaps. The KTMs ridden by Matthias Walkner and Toby Price are hanging in there, trailing respectively by 1’57 and 3’16, but behind them it is a massacre. Adrien Van Beveren trails by more than 8 minutes, Kevin Benavides by 11 minutes, Xavier de Soultrait by 12 minutes and general standings leader Pablo Quintanilla is struggling 13’27 behind!” 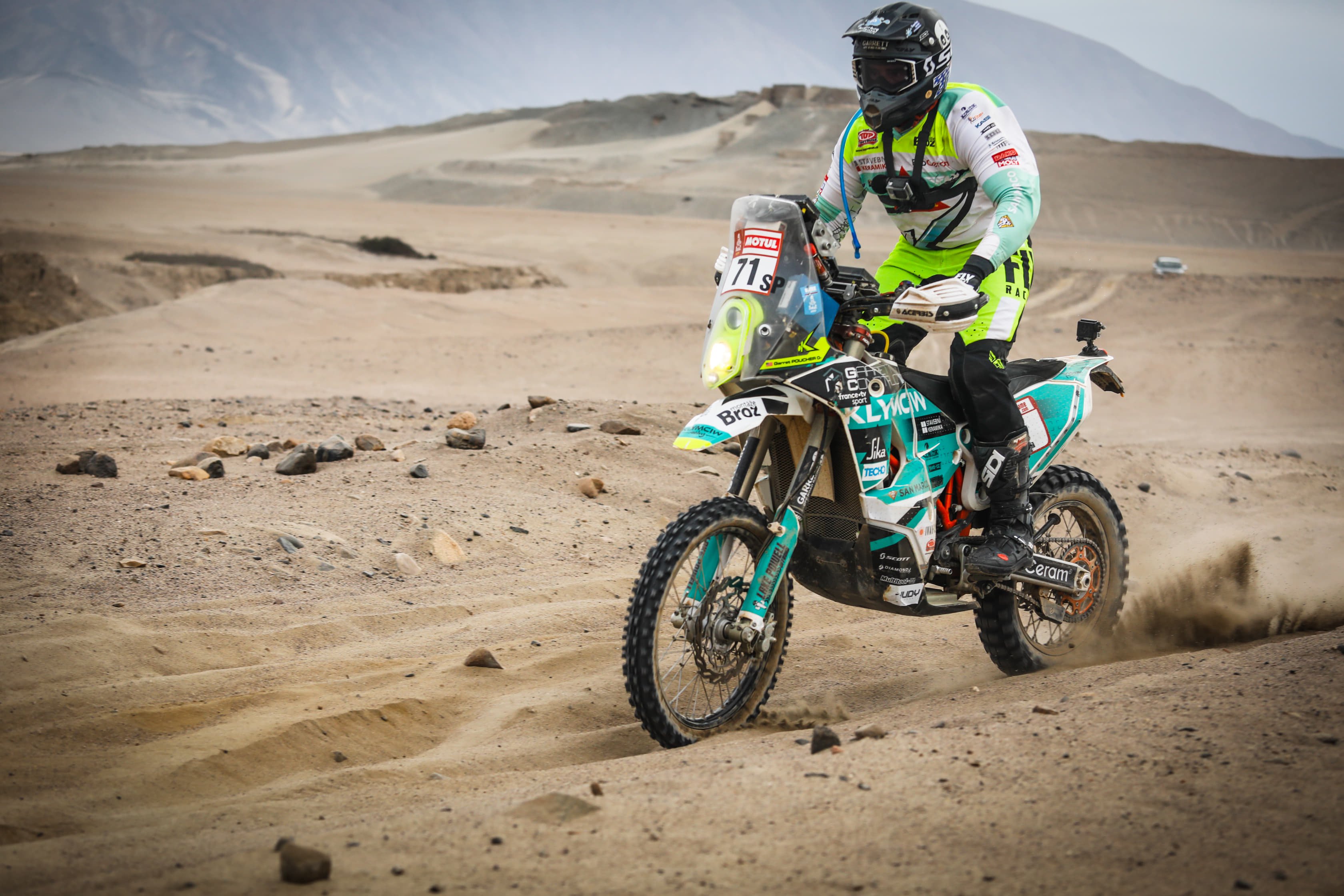 In the bikes, Brabec is leading the field through the first 200 kilometers as the fastest rider at each of five checkpoints (CP) so far, having reached the neutralized zone not long ago. Brabec’s closest HRC Honda teammates are Paulo Goncalves (#2) and Kevin Benavides (#47), riding eight and 11 mins slower. KTM’s Matthias Walkner (#1) and Toby Price (#3) trailing by two & three mins respectively as yesterday’s stage winner Xavier de Soultrait (YAM) is 12 minutes off the pace. Husqvarna Factory Team rider, Short, again remains consistent at 11th and 12th fastest among the class through each CP with fellow countryman rookie Skyler Howes maintaining 15th position after starting 17th. The race has moved into 55 kilometers of a Neutralization Zone enroute to the departure of their final 146KM in today’s special stage.

Today the challengers set off on Part 1 of the Marathon stage which is sending racers on a 400+KM battle around the Arequipa region before splitting off – Cars/Trucks/SxS off to Tacna and Motorbikes and Quads to Moquegua – for the evening. The (wo)men and machines will be sequestered tonight, unassisted by support crews and limited in their maintenance and service of the vehicles. Tomorrow, during Part 2 of the marathon, and Special Stage Five, they race back towards Arequipa for a well-deserved rest day.

Ø Overall Standings for Women at Dakar

“It was a pity to get lost before the refuelling because that cost some time. Despite that I’m happy and things are getting better for me now.”– Laia Sanz #17, Red Bull KTM Factory Team, ESP 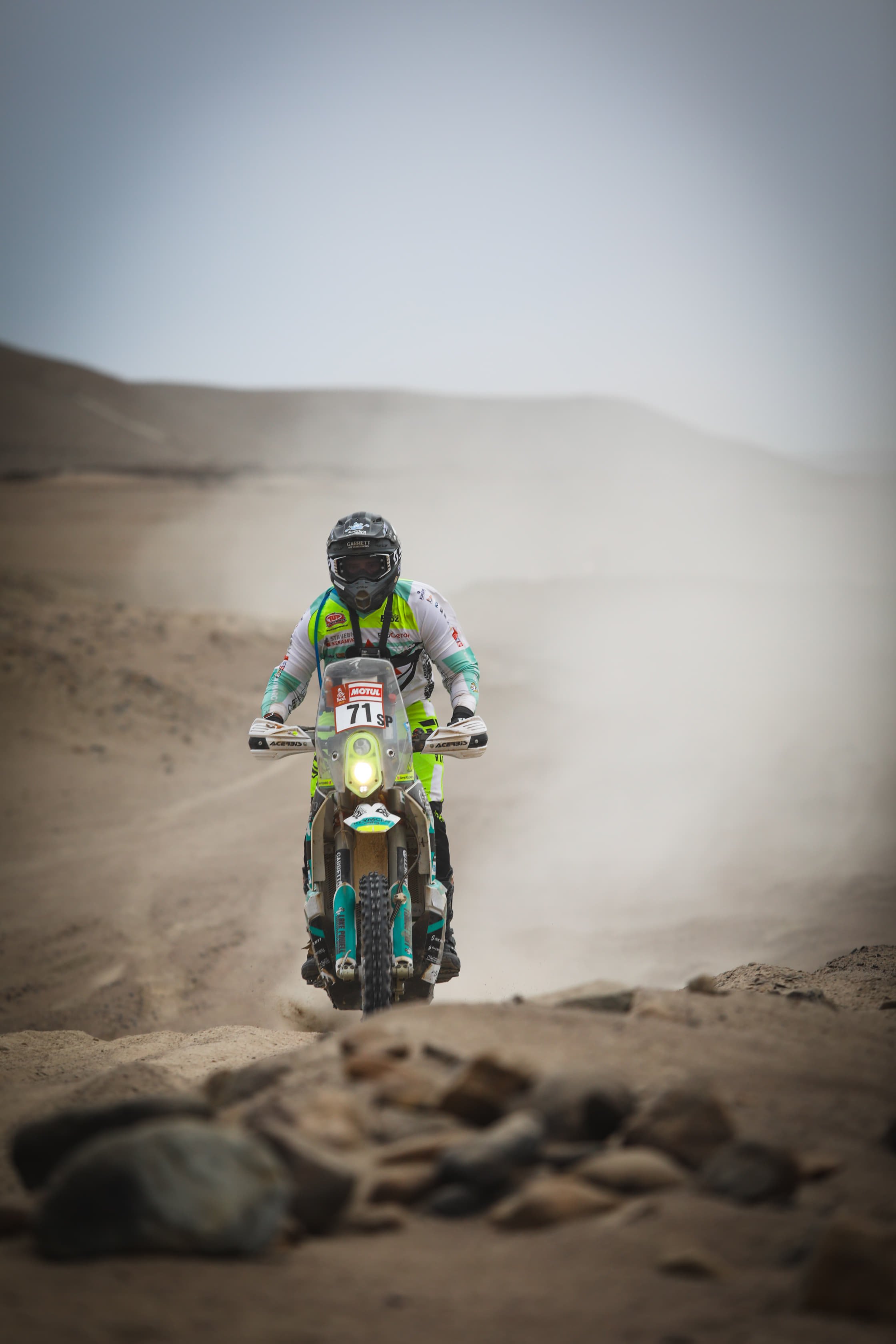 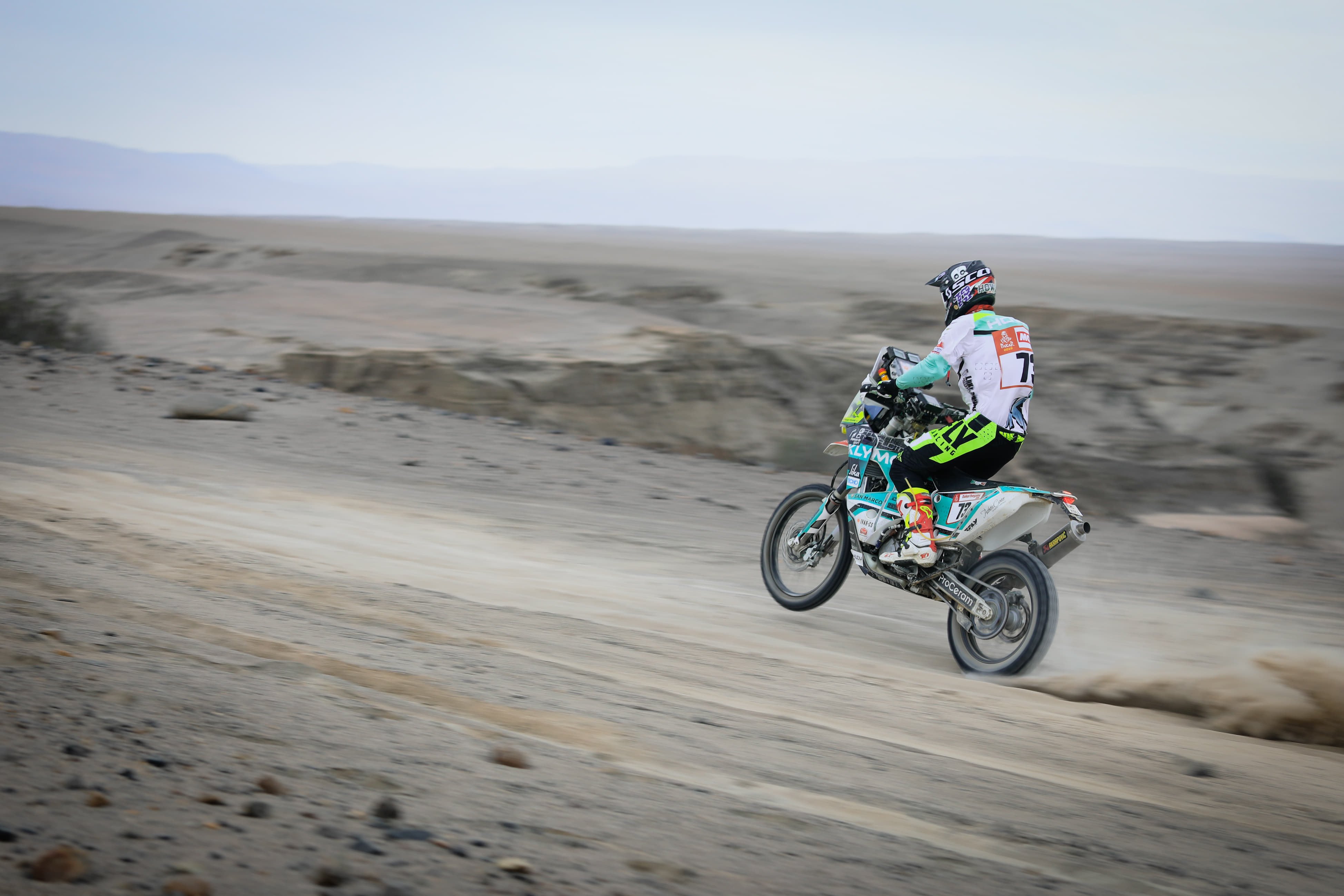 Visit the RDC Rally Raid section of the forum to join the discussion about the 2019 Dakar.