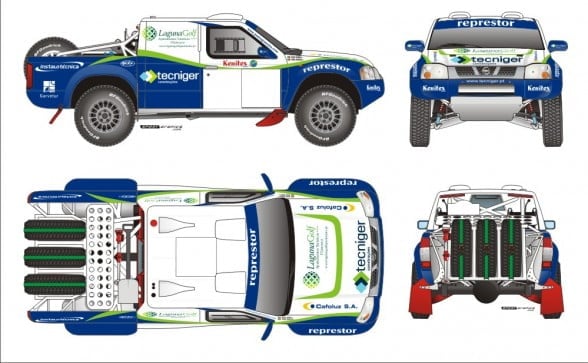 CPTT with strong start in Algarve next week

More than 100 entrys in all categories confirmed for the 1st race of the Portuguese Championships that will be disputed in the Algarve region, South of Portugal, even a few days ahead of the deadline that will be next thursday 15 of march. Baja Carmim allready have one excelent entry list of participants, where the main factor is the very high quality of the cars that allready are confirmed, with 4 ex-works Mitsubishis, for Carlos Sousa, Miguel Barbosa and Nicolas Misslin, these 3 pilots will drive Racing Lancers, but there is still another Mitsubishi, the one driven by the Romanian Casuneanu Costel that will be one MPR13. The list continues with 2 X-Raid BMW X-3CC for Filipe Campos and Bernardo Moniz da Maia, and a real “squadron” of Nissan Navara’s lead by Pedro Grancha followed by José Gameiro and Paulo Graça amoung several others.
But this 1st race still have some more interesting cars, because there are at least 3 more to be followed with a lot of attention. The 1st is the new Astra Proto from the actual FIA T2 Baja Champion Nuno Matos, that this year moved the T1. The second car is also driven by a T2 champion, but this time the national champion, Ricardo Porem that will drive a BMW Series 1 with a petrol engine, and finally, the 3rd car is the one driven by Miguel Farrajota, one RAV4 Proto.
This race will be disputed “in line” , wich means that there will be some assistance at km107 and km337, but the clock will not be stoped for assistance. So this will allow the teams to chose if they want or not want to stop in assistance, allowing a lot more race strategies to be taken, and promessing a big challenge for all teams.
The race will start next saturday with a super special of 8kms disputed in the hills around the village of Santa Catarina da Fonte do Bispo, near Tavira. In Sunday, the main day of racing, the drivers will face a demanding track with 2 sectors, one of 230 kms and a second one with 130.
The race could be followed in Todoterreno.pt , and all details could be found in the event website in www.clubeautomovelalgarve.pt 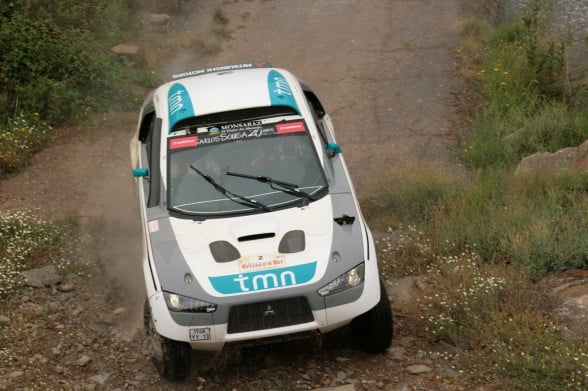